My family and I spent the first weekend in August camping at Yuba State Park. It was my brother-in-law’s 40th birthday and he’d invited his parents and siblings and their families to camp with his family. I told Traci that I’d be happy to drag the camp trailer that far IF I could spend each day away from camp hiking. We left home Thursday after I got off work, with me driving the truck with trailer in tow and Traci following me in the Jeep. We arrived at our campsite which, due to the low water levels in the reservoir, was a couple hundred yards from the water’s edge. We had dinner, I cracked open a couple of beers, and we spent the evening hanging out with my in-laws. 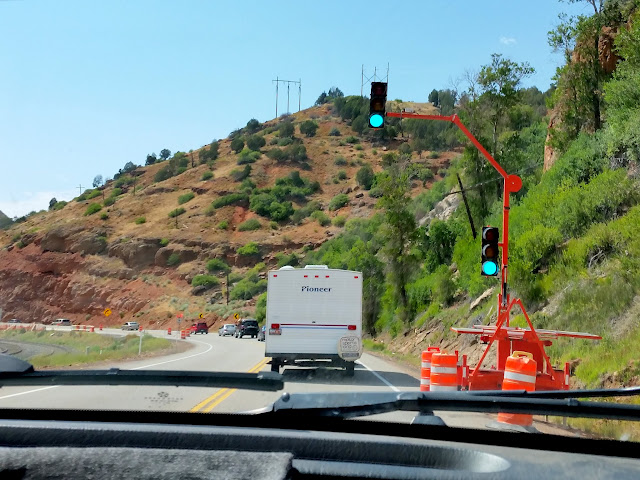 Bradley with a gopher snake 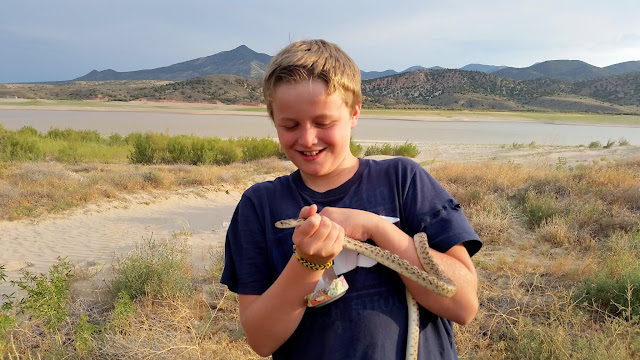 Shadow selfie with a beer on the beach 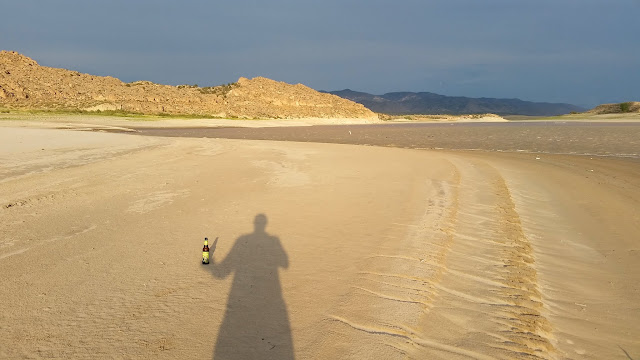 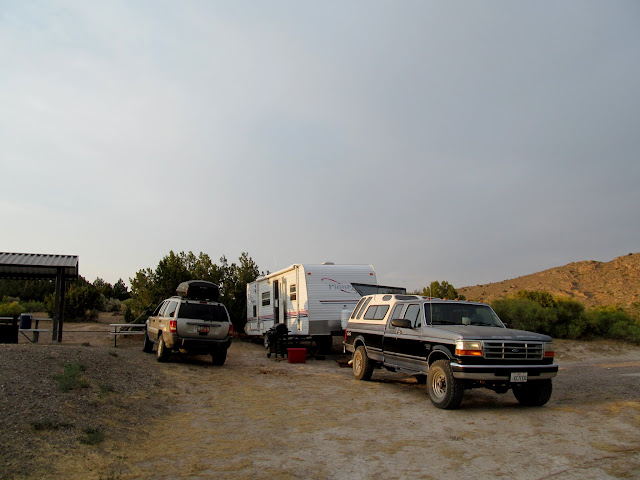 On Friday I woke up at 5:30AM to hike Fool Creek Peak, then arrived back at camp in the afternoon. I did a little exploring in the hills on the way into camp and found some axle grease inscriptions from the late 1800s. Chris joined us later in the afternoon so we could hike together the following day. 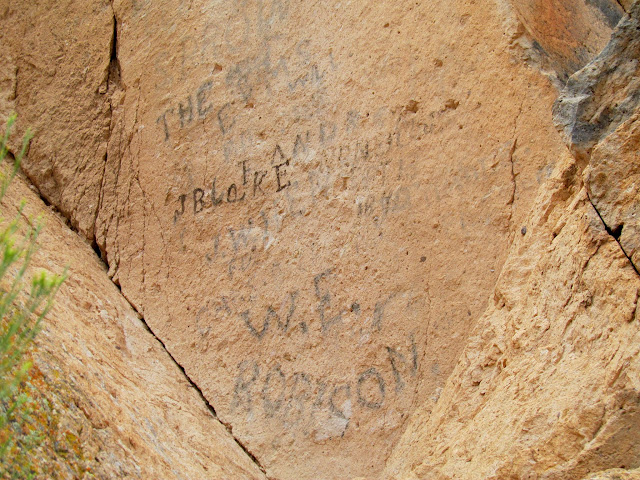 Torrey and Boulder enjoying the water 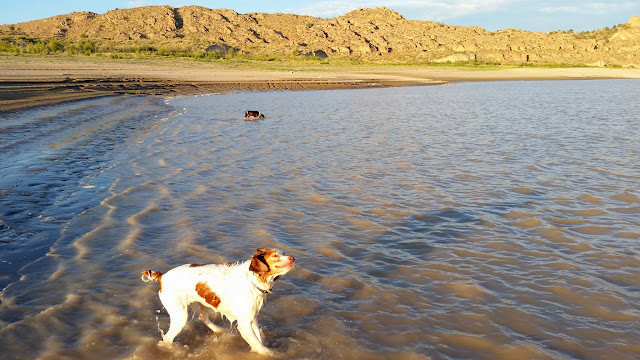 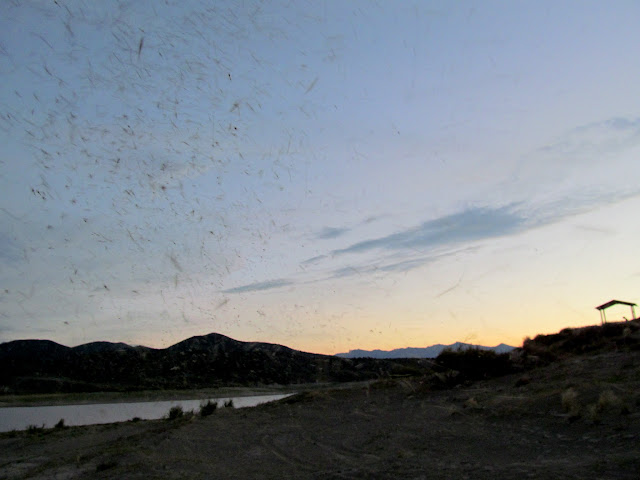 We got a later start on Saturday morning. Chris and I hopped in the Jeep and did quite a bit of driving so we could hike Delano Peak and Mine Camp Peak. Back at camp that evening we swam in the reservoir and played around with some night photography. 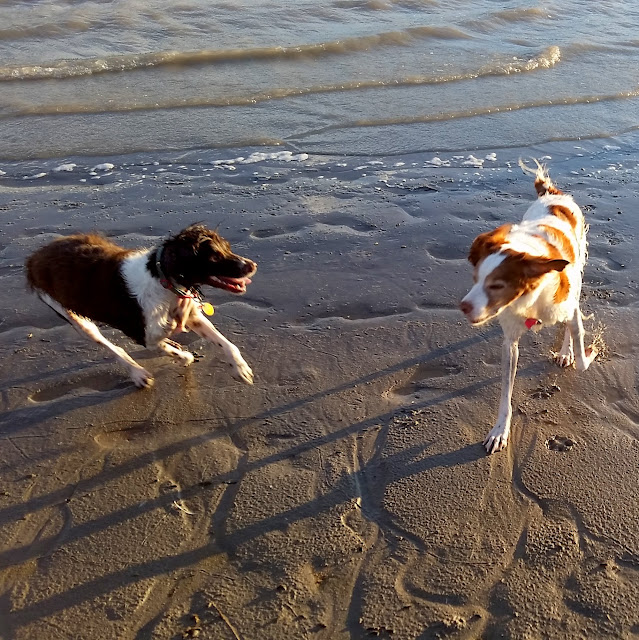 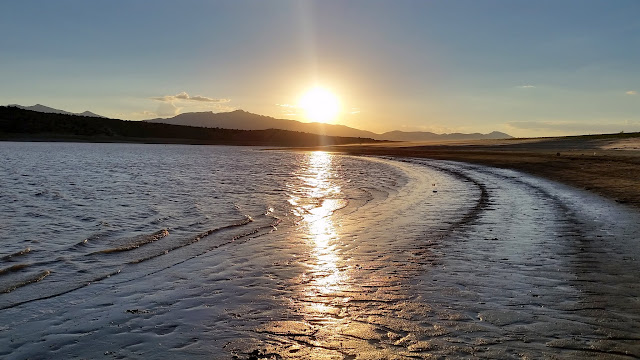 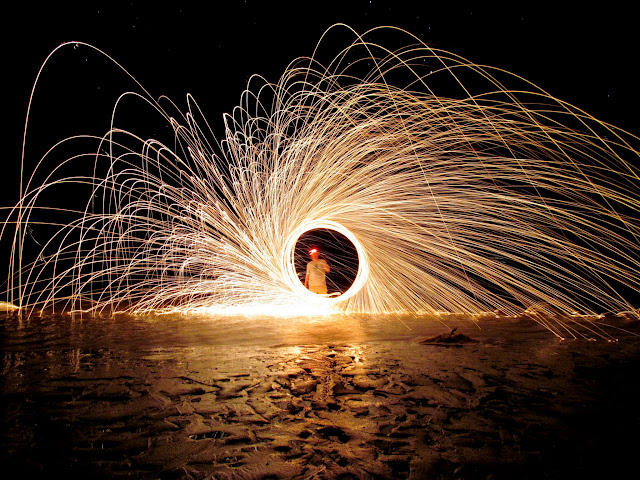 Before packing up camp on Sunday, Chris and I hiked all around the Painted Rocks area looking for some pictographs. I’d read about the rock art but couldn’t determine exactly where it was through my online research. Painted Rocks is a relatively small area, though, so it didn’t take long for us to scour all the most likely places. We found the pictographs high on a cliff, and it’s likely that wave action from the reservoir had eroded a talus slope that previously made the rock art more accessible. One panel was still clear but there were several others that were badly faded. They were typical Fremont-style figures with horns, necklaces, and shield/spiral designs. I quite enjoyed ending my stay in the area by finding the rock art. 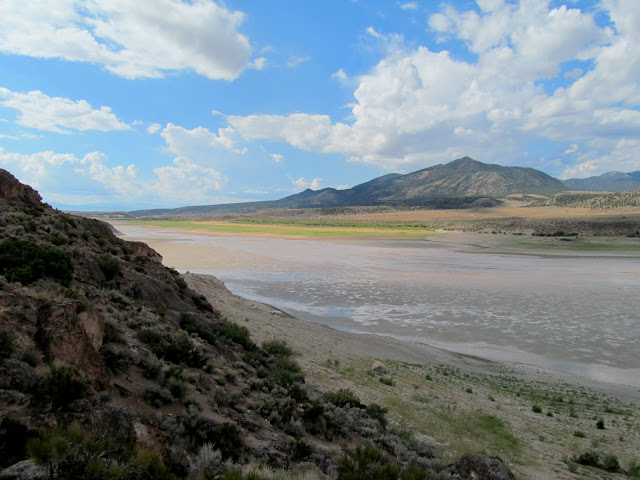 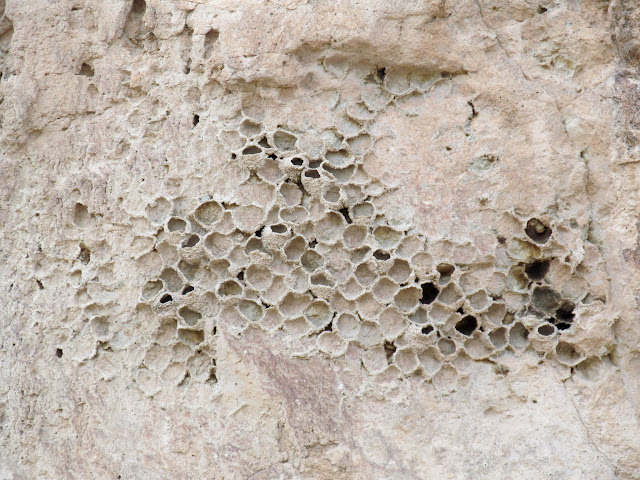 Transition between mud flat and the reservoir, with Fool Creek Peak on the horizon 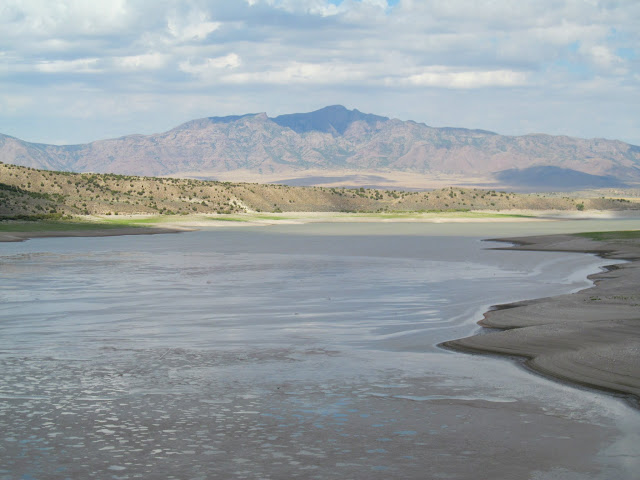 View toward camp from Painted Rocks 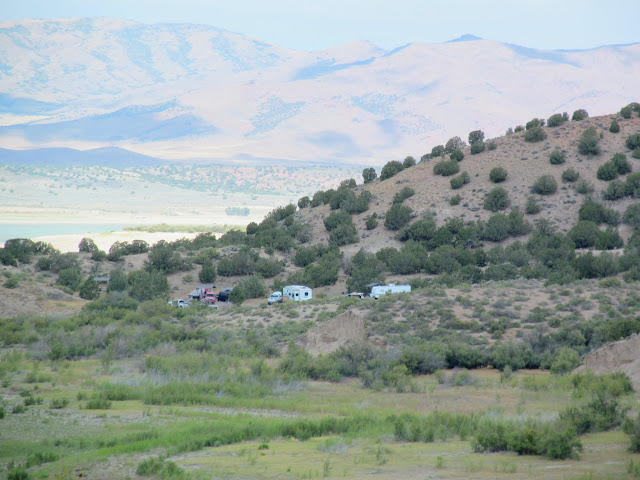 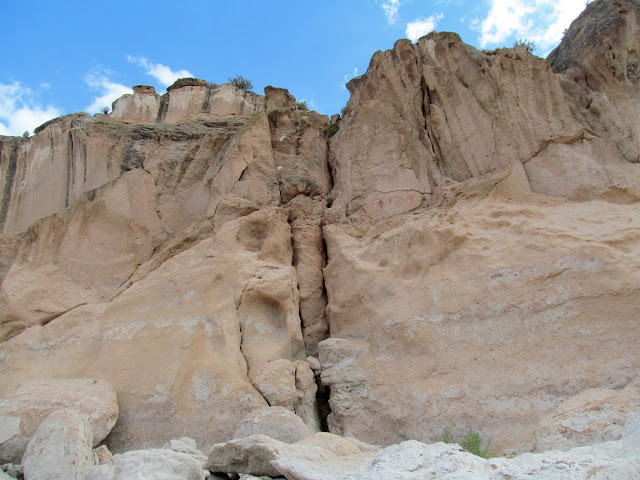 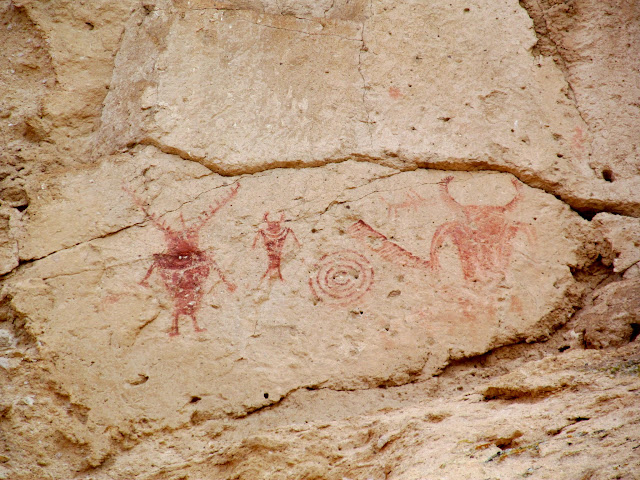 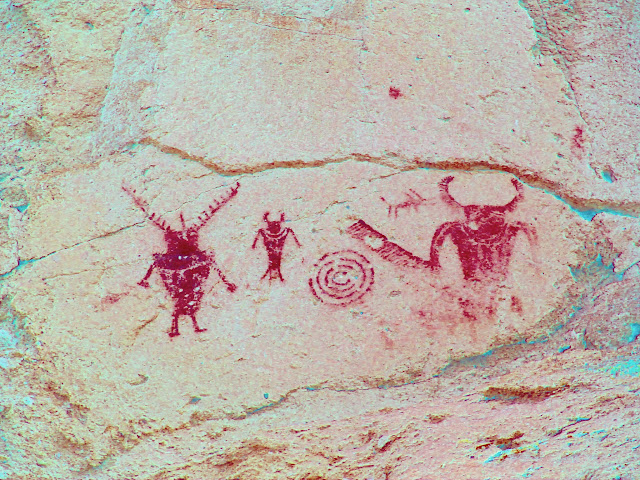 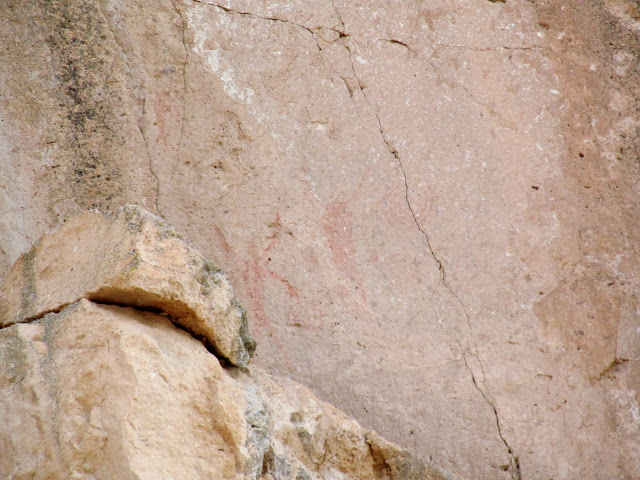 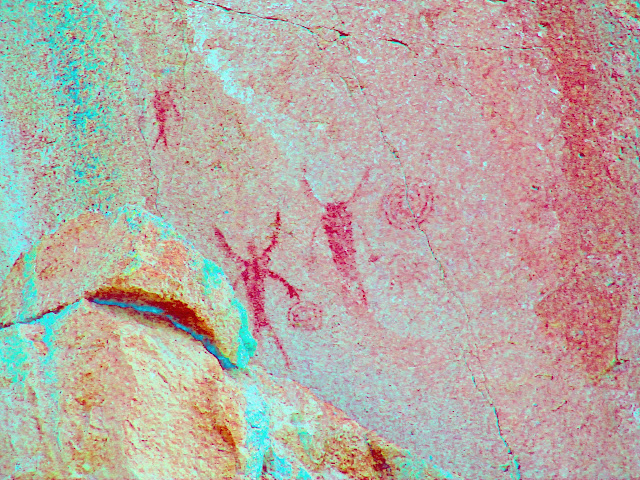 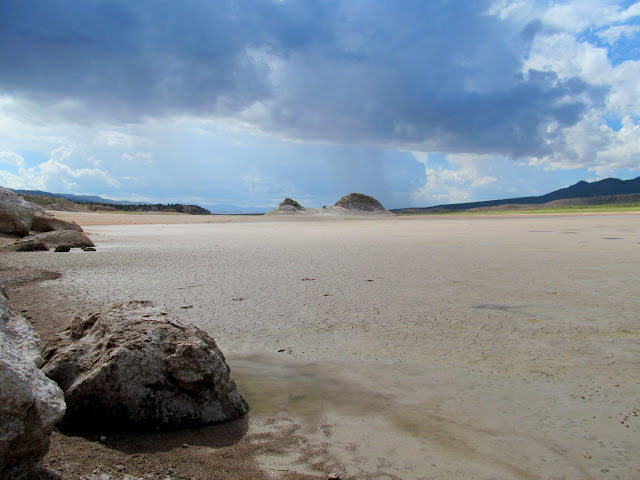