During a previous hike up a ridgeline in Nine Mile Canyon an alcove caught my eye from across a side canyon. With my binoculars I could see a couple of granaries built into the floor. Though it intrigued me, I had other plans that day and so had to pass it up. The site nagged at me until, a few weeks later, I finally returned with no plan other than to hike to the granaries and then drive the road looking for sites I hadn’t already been to. It was a short hike up a side canyon to the alcove and then an easy scramble up to the granaries, which weren’t visible from below. I realized that Alan and I had hiked part of this canyon before–after returning home I compared GPS tracks from the two trips and it turns out that I’d been 150 feet from this alcove more than a year ago! This time I also hiked farther up the canyon until a dryfall stopped me, but didn’t see anything else of interest.

My view of the alcove a few weeks earlier 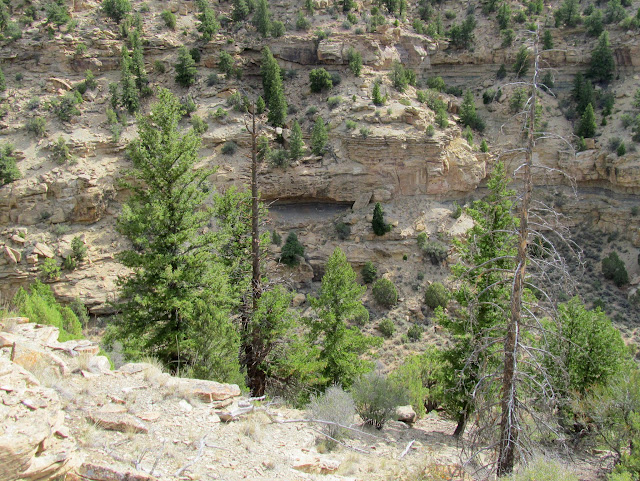 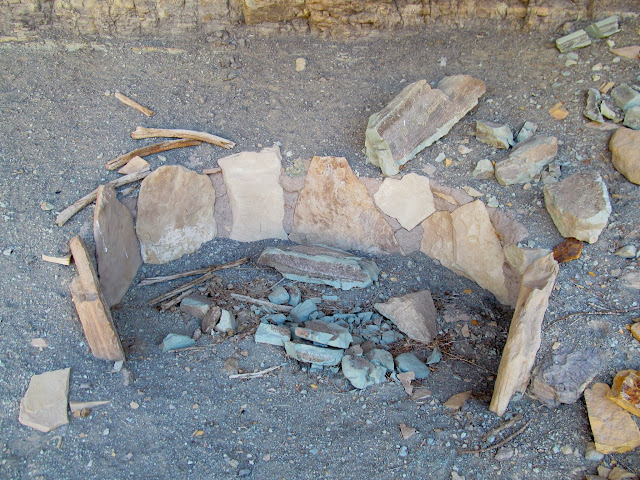 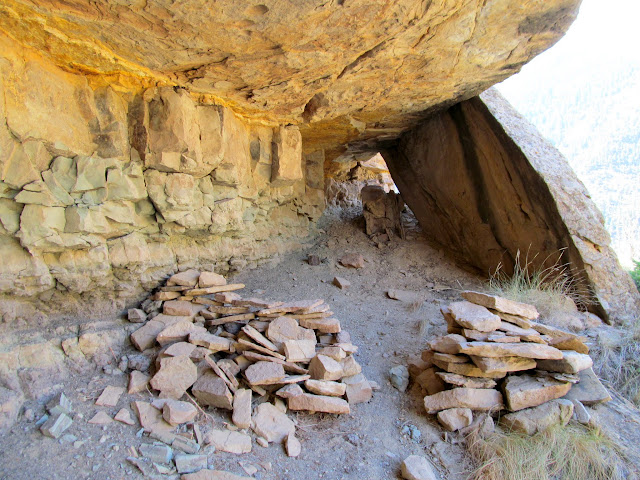 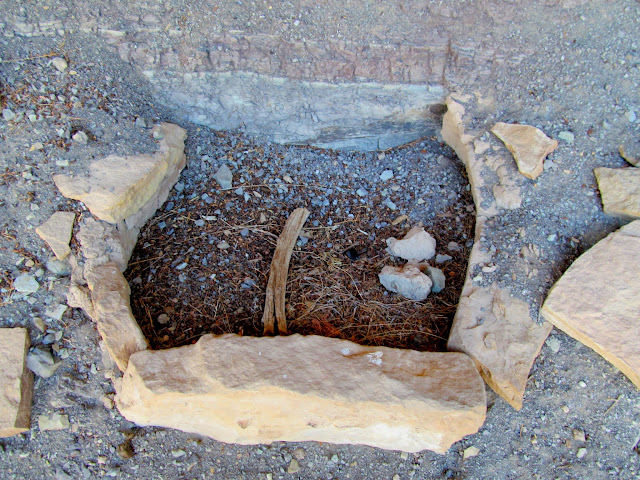 View from the alcove 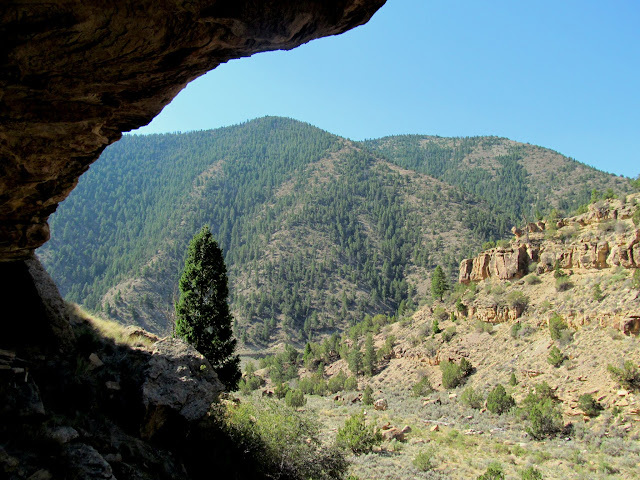 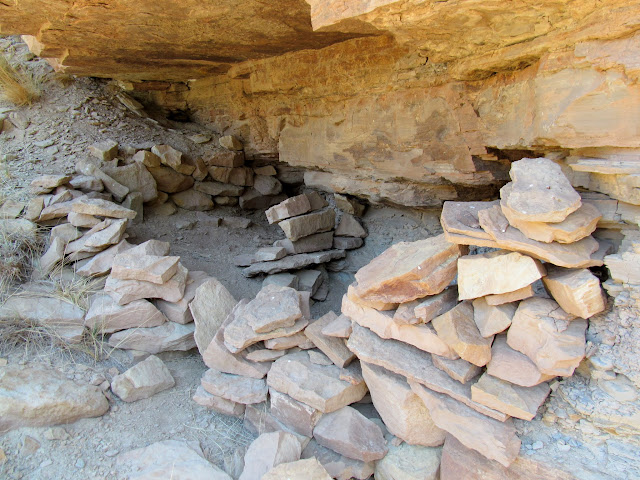 After returning to the Jeep and driving farther down Nine Mile Canyon, I stopped whenever it suited me and mostly scanned the high cliffs with binoculars. I located a granary (mentioned in a guidebook) that I’d tried but failed to find on a trip with my wife in December. It seems to be worth a future hike to see close-up. There were some new-to-me petroglyph sites close to the road that I walked to, and I stopped to check out a large rock that had fallen and landed squarely in the center of the road. 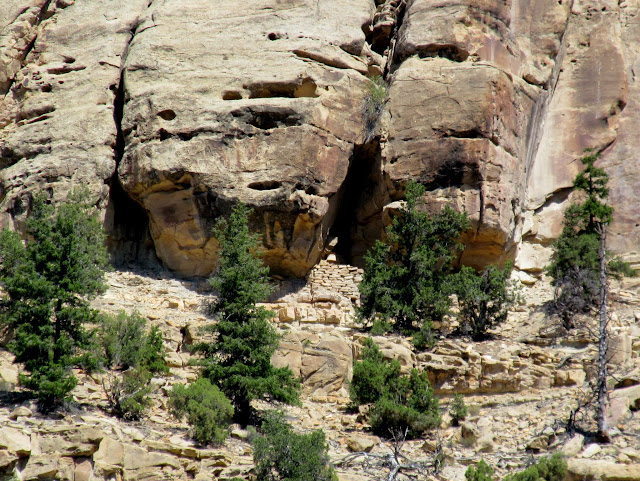 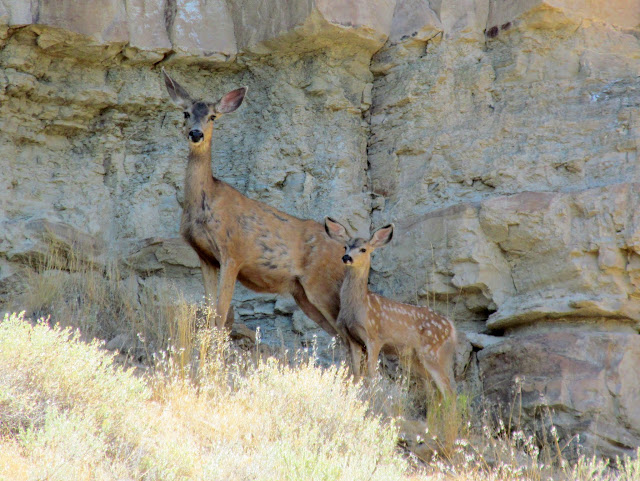 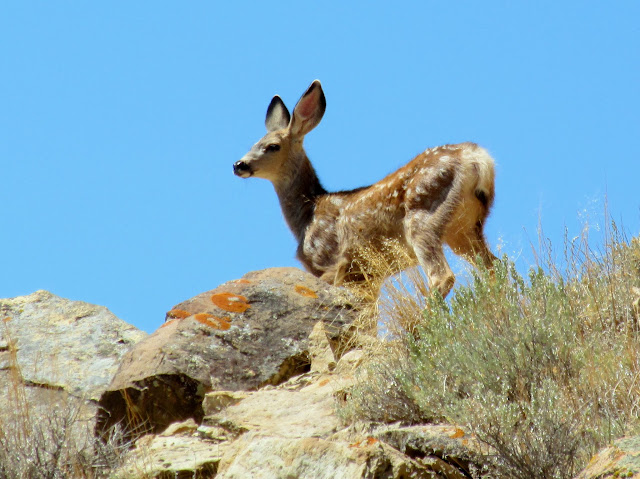 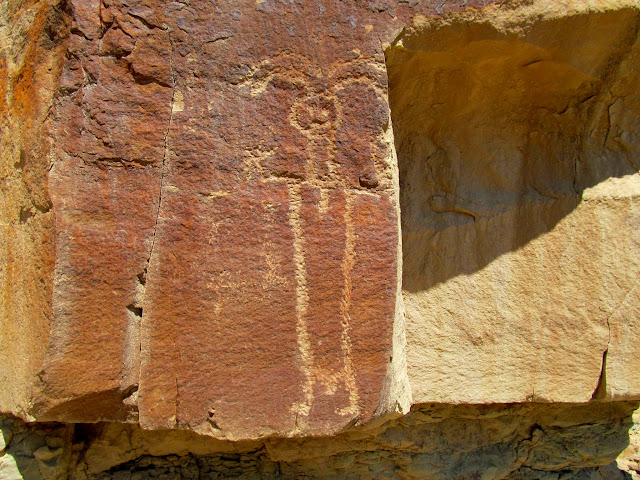 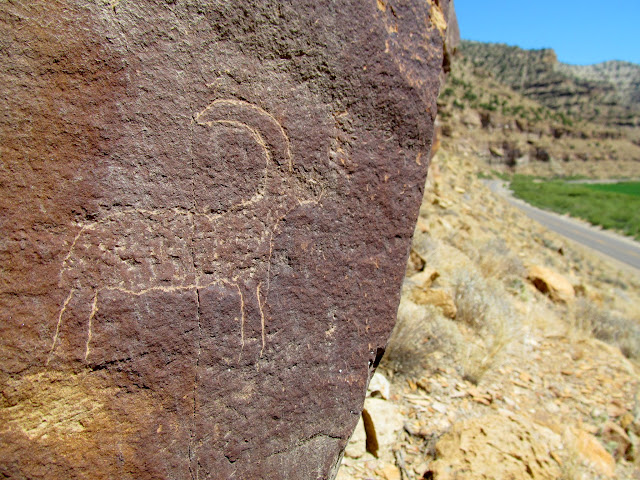 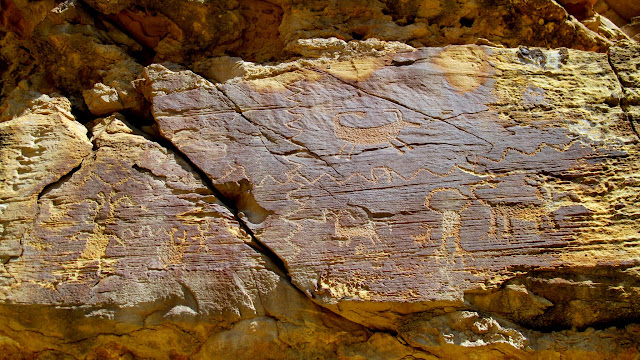 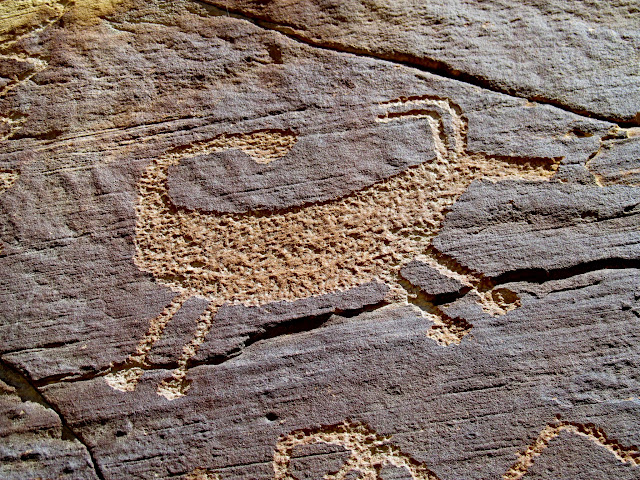 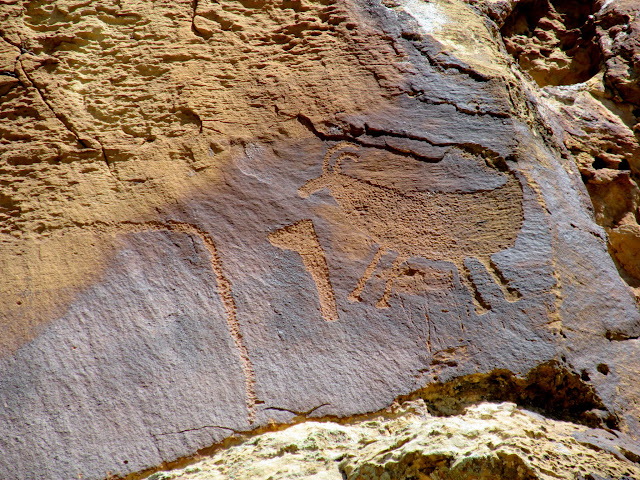 Fallen rock in the road 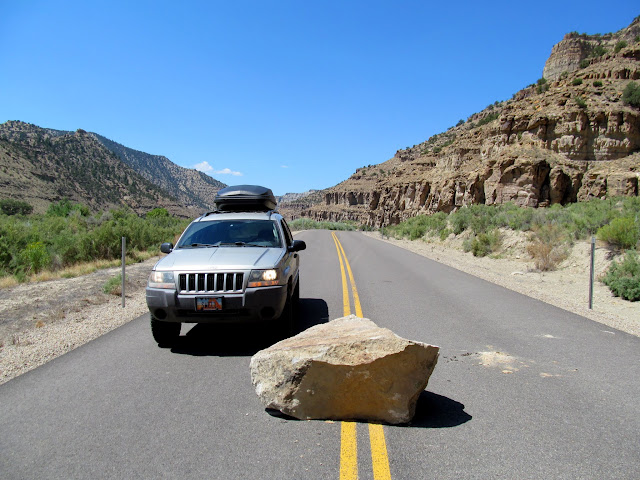 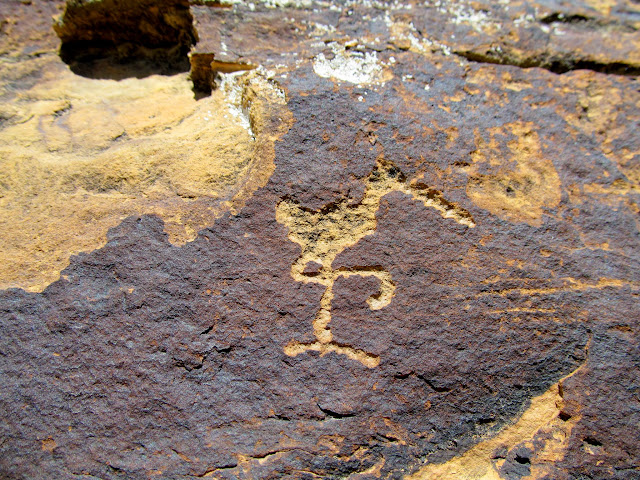 Finally, I stopped to walk a section of cliff that arouses my curiosity each time I drive by. Near the First Site, the paved road cuts through a hill while the original travel route used to go around the hill. I hiked along the base of the cliff and over/through some large boulders and found only a couple of inscriptions from the 1910s. 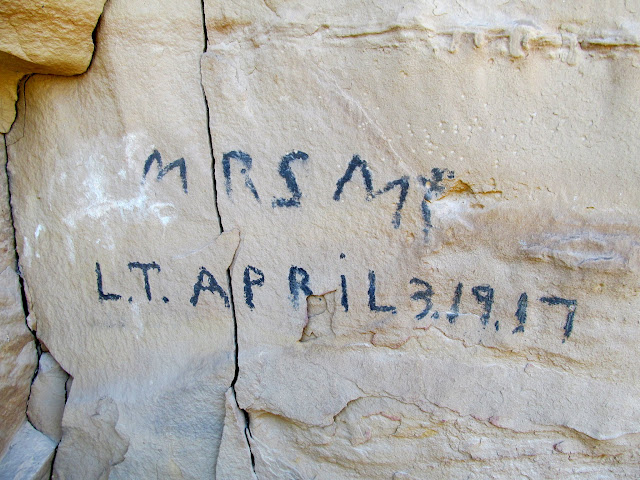 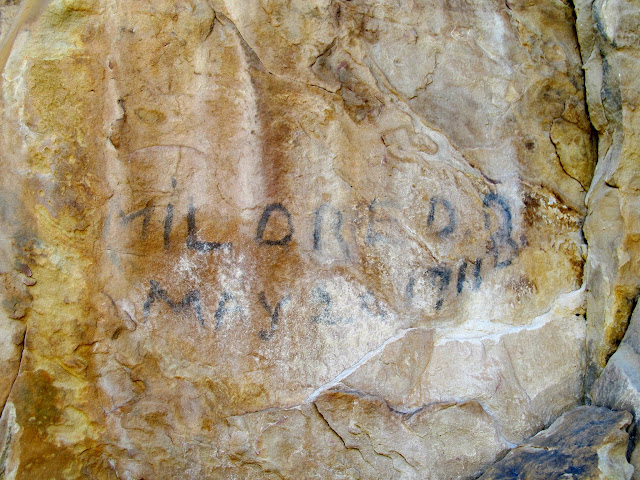