It started off with a simple text from Alan: “Have you been to the Grotto rock art near Moab?” He had planned on going Saturday and invited me and my dogs along. I knew roughly where the Grotto was and had seen photos of the pictographs there. We got a late start and arrived at our destination for the short hike. The first thing we noticed was the huge amounts of lithic flakes on the ground everywhere. I found a single broken point, and I’m surprised niether of us found more worked pieces. The first rock art site we enountered was a bouldery outcrop with shallow overhangs that contained pictographs. In order to photograph it, we had to lie on our backs in the dirt full of rodent and cow droppings. 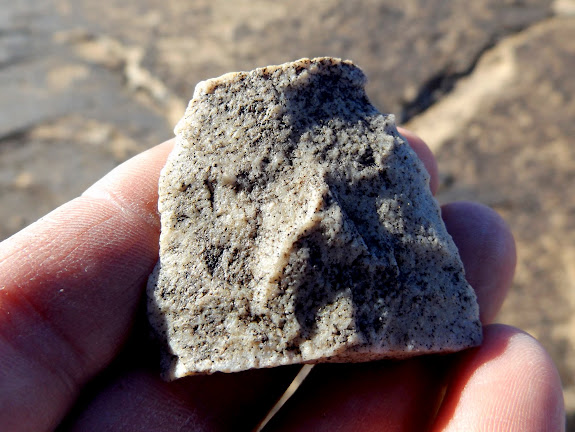 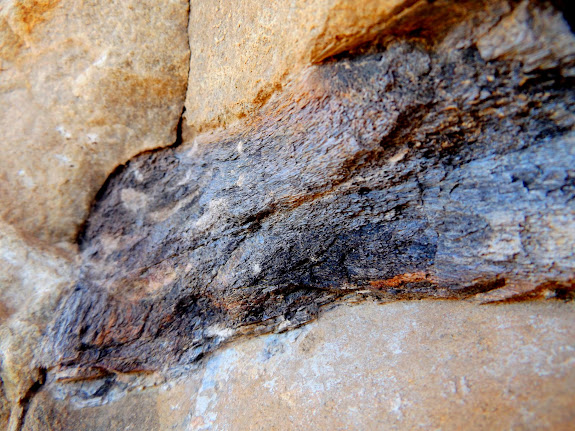 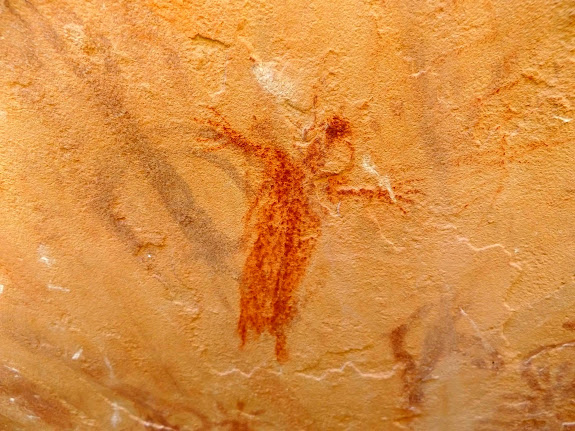 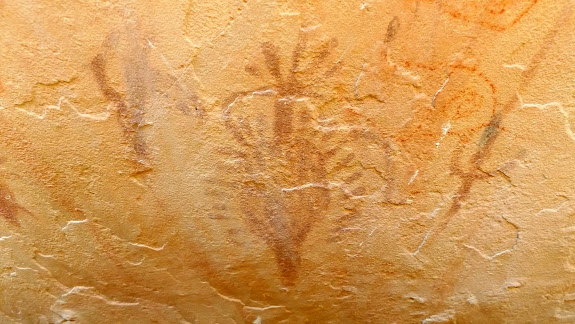 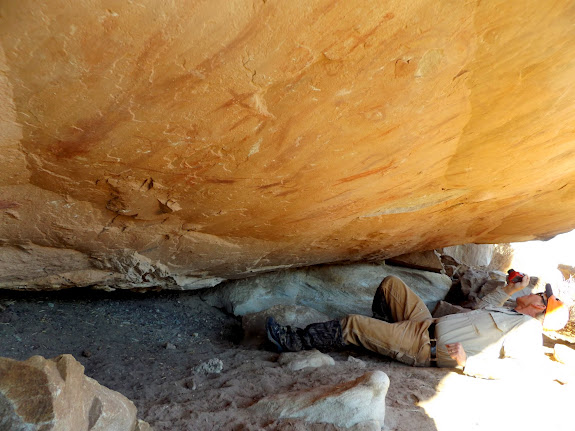 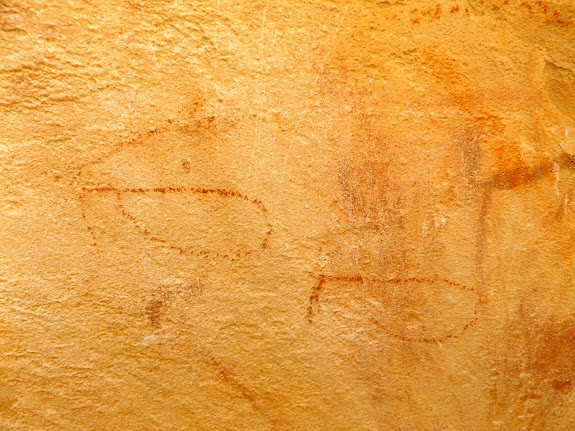 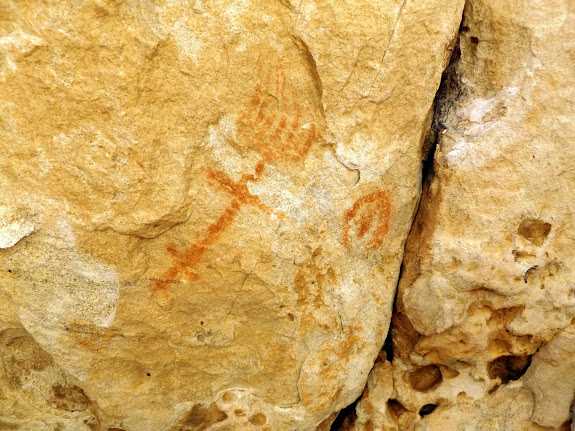 Next we walked a short distance to the Grotto, which is a small slot canyon that has a narrow opening on top but widens considerably underground. Despite seeing photos, I had no idea of the scale of this place. The opening on top was narrow enough to step over easily, but from above there was no indication of the huge, cavernous opening below. It had obviously been occupied in ancient times, as there were pictographs and at least one broken metate inside. I couldn’t help but wonder about the first white man to stumble upon this place. It would have taken some nerve to get me into the Grotto without knowing what was inside. 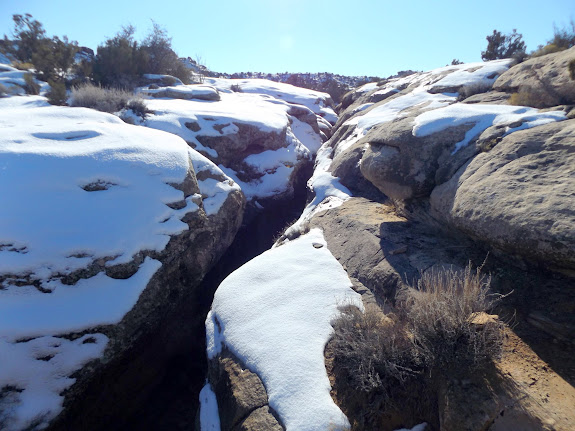 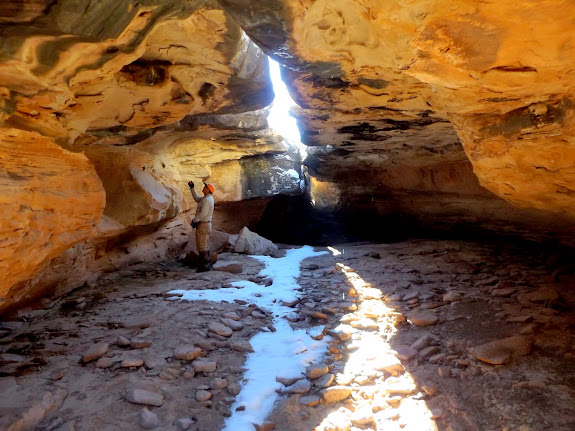 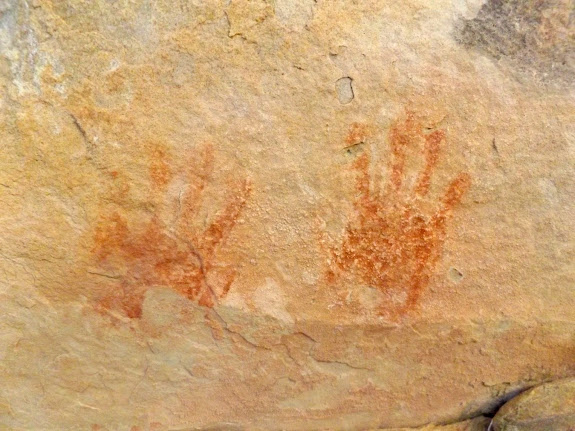 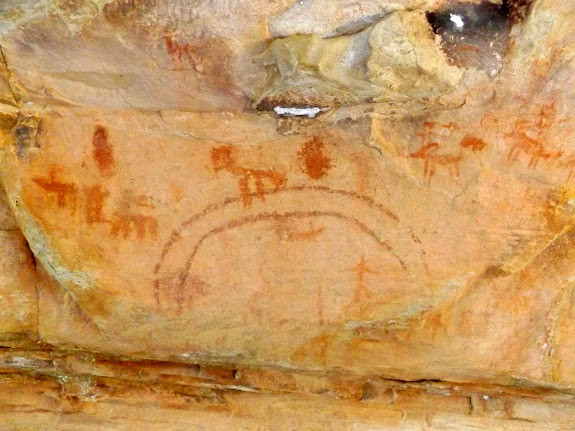 We exited the Grotto and explored nearby cliffs and boulders for more rock art that we were sure must be in the area. We got lucky and stumbled onto one pictograph that we were hoping to find, plus many additional petroglyphs. Alan and I had split up but joined up once again just about as the sun went down. The road was a sloppy mess on the drive out. Alan said the trip was worth the car wash. 🙂 To top the day off we enjoyed dinner at Ray’s Tavern in Green River with some friends. 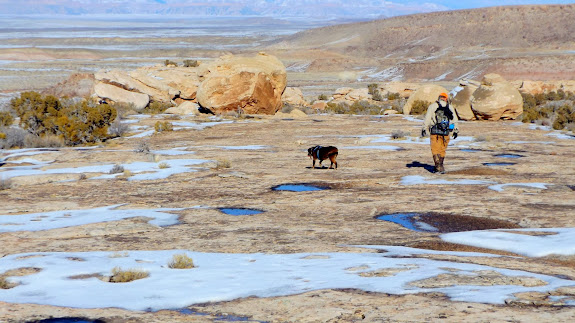 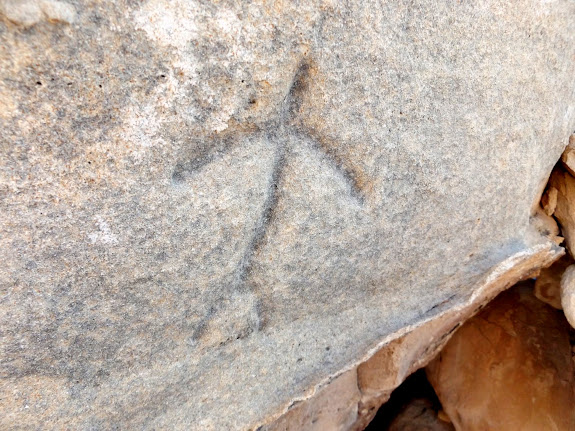 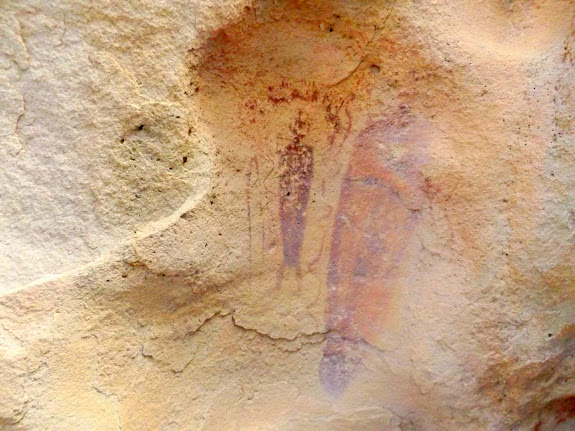 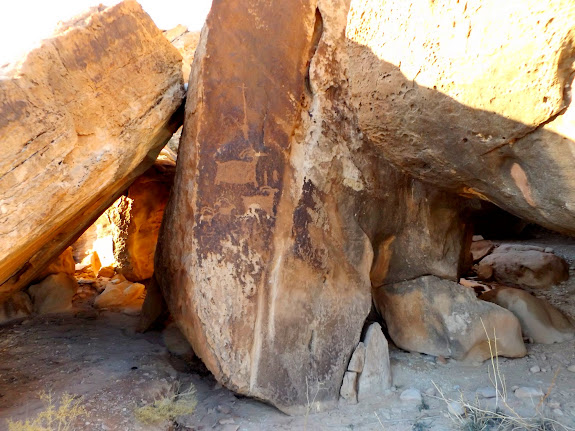 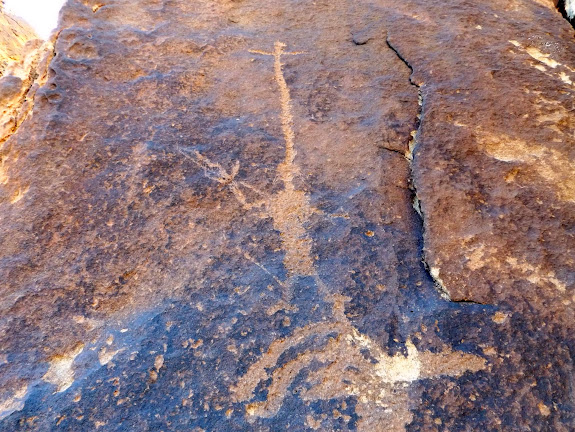 Torrey in a small alcove 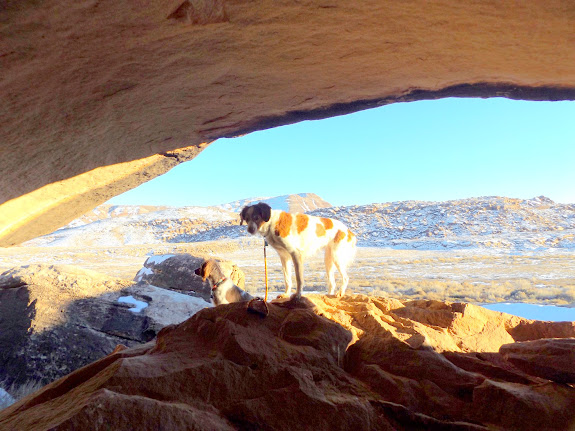 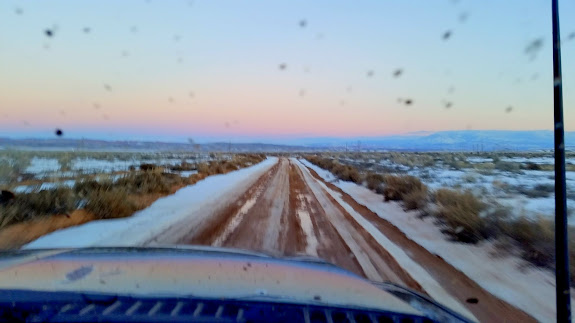 The Place for Everyone 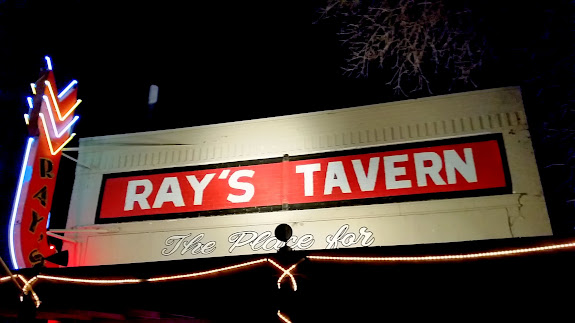