On Saturday, the day after Christmas, my wife and I left the kids at home and went for a casual trip to Nine Mile Canyon. I didn’t have any set agenda–we just stopped wherever either of us wanted. Since Traci had never actually been through Nine Mile to look at rock art, we stopped at the so-called First Site, which is the first major rock art site encountered when traveling downstream from the head of the canyon. 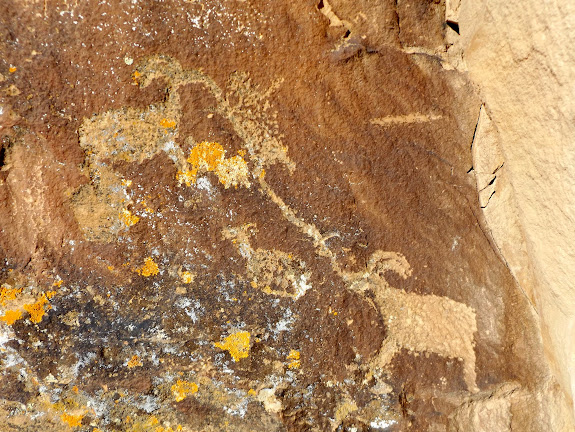 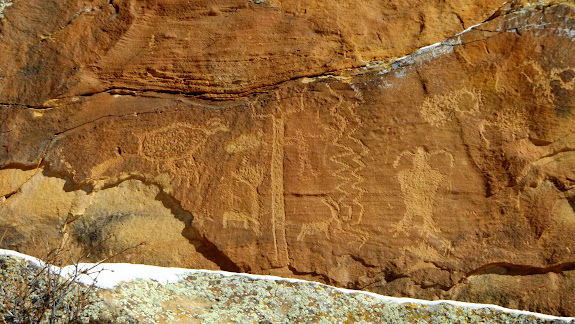 At Cottonwood Glen we stopped again to poke around the cliffs at the corral on the north side of the road, where we didn’t find anything of interest. It was a good, safe place to let the dogs out to run around a bit without worrying too much about coyote traps. 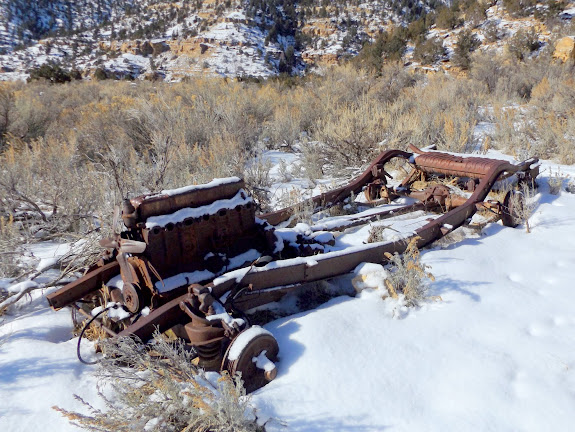 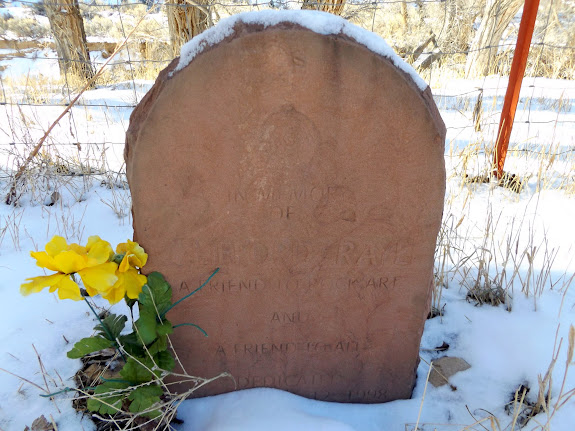 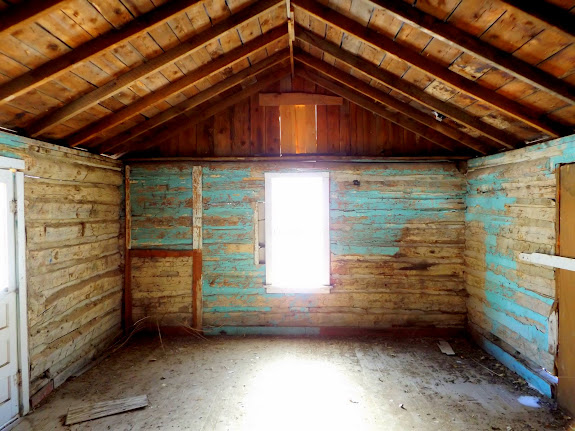 Farther down the road an 1883 inscription caught my eye, and while walking along the cliff face on either side of the writing I found some pictographs that I’d been wanting to see for quite some time. I’d seen photos of these Fremont pictographs behind a large rock slab leaning against the cliff, and probably could have discerned the location if I’d researched it (in fact, after returning home from this trip I realized that I had a book that roughly described where to find them), but it was exciting to discover them at random. 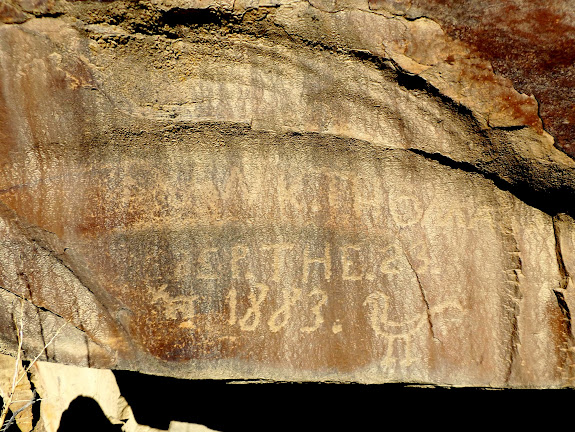 Fremont pictographs behind a slab of rock 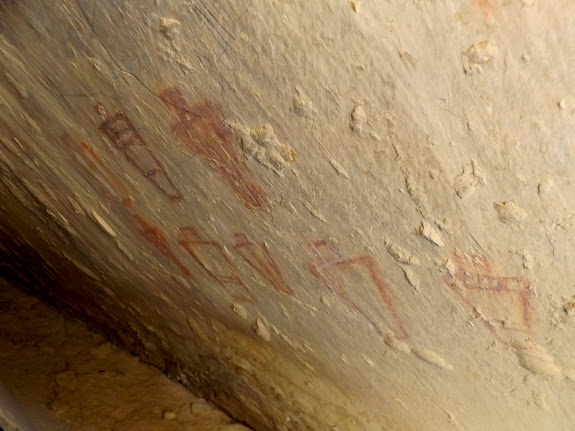 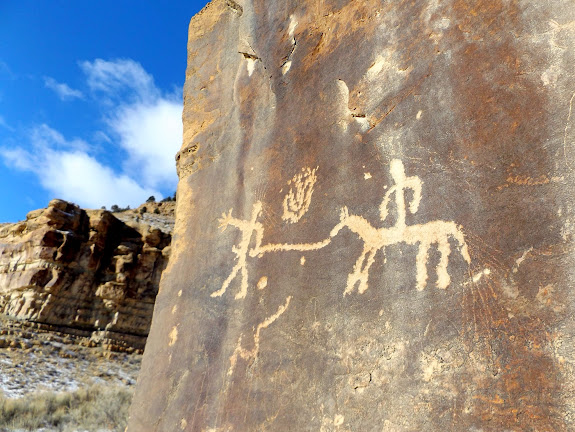 Cow with a collar 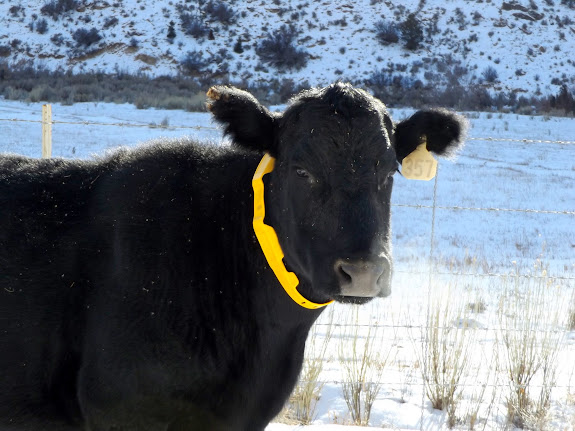 A few more sites caught our interest as we traveled down the canyon. Some of them I had seen before, either up close or from the road using binoculars.

Fill for the original 1886 road through Nine Mile Canyon 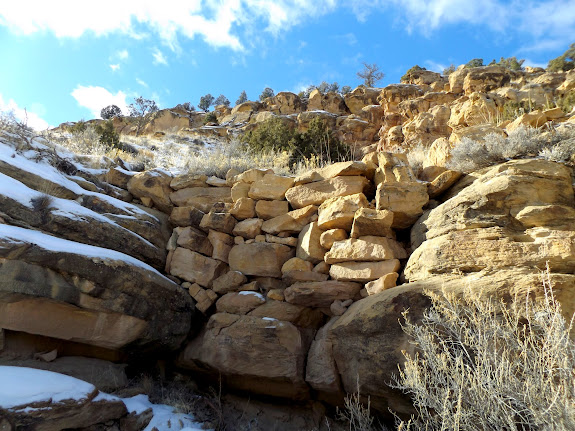 Horned snake and other petroglyphs 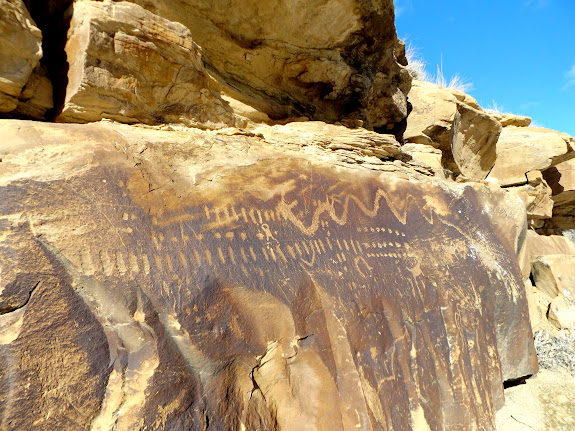 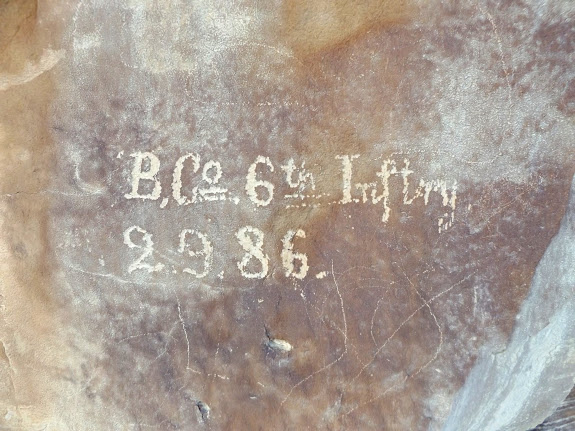 Long sheep/snake and other petroglyphs 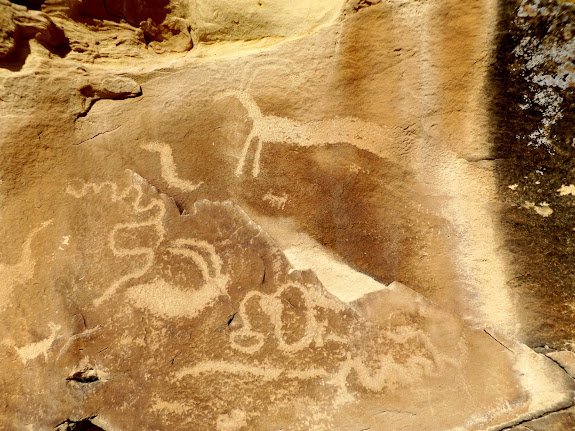 I was reminded why Traci doesn’t necessarily like long trips away from civilization when we had to drive quickly through a long stretch of canyon–probably missing out on some sites that I would have otherwise stopped at–while looking for a bathroom. 🙂 Sometimes there are port-a-johns at Gate Canyon, but not today. We reached the restroom at Daddy Canyon and I leashed the dogs up for a walk while Traci braved the 20-degree cold. From the parking area I’d spotted a red pictograph and walked closer to it only to also find a blue elk pictograph that I’d long wanted to see in person. 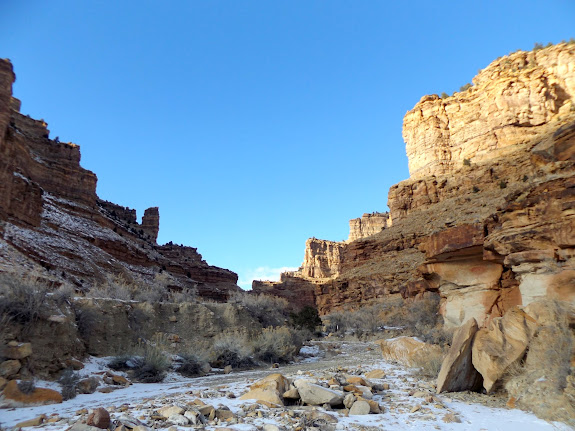 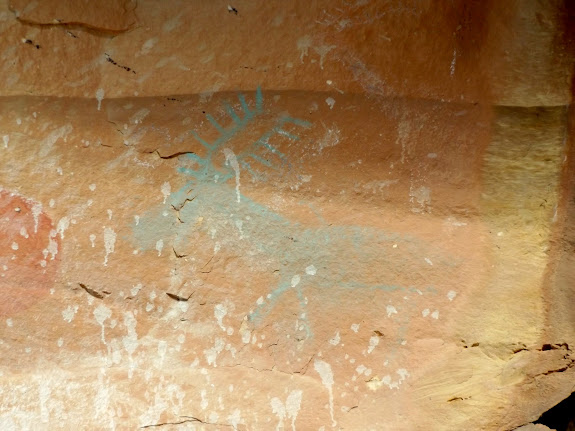 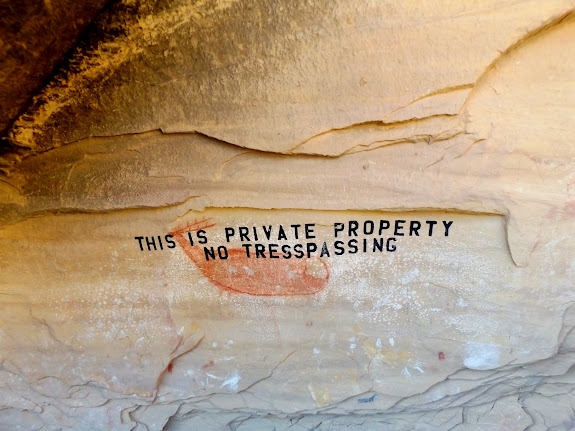 We called it a day after briefly looking at Rasmussen Cave, but I did spot one inscription that I had to stop for along the stretch of road that we’d hurried through earlier. Near the inscription, but not visible from the road, were a couple of petroglyph panels that consisted of bison and a few other interesting figures. 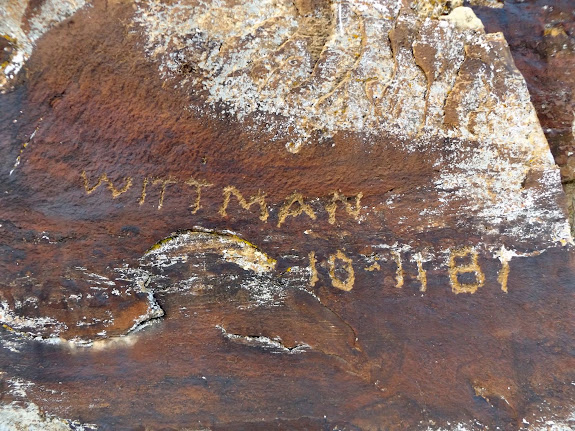 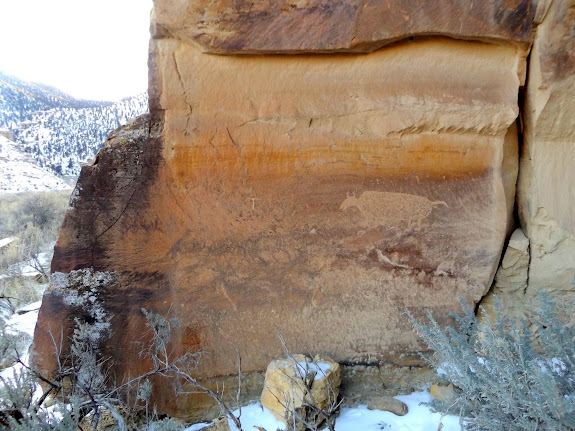 Snow blowing off the mountaintop above Soldier Creek 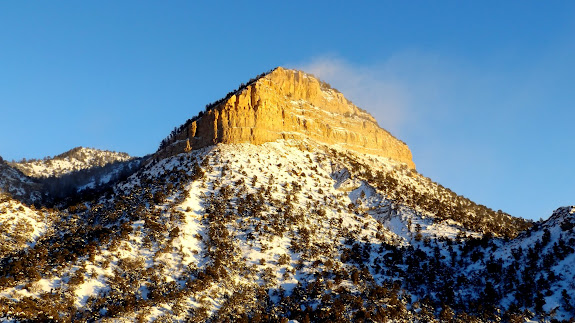