I spent about a week and a half as a single parent while Traci was staying in Salt Lake City because her dad was in the hospital there. I didn’t expect to get out during the weekend for any hiking, but I had Monday, December 15th, off work and a new geocache was listed near East Carbon that morning. While the kids were in school I made a quick trip to find the cache. It was placed near the “E.C.” letters painted on rocks and boulders on a steep slope above the town. An inch or two of snow had fallen since I was in the area the previous weekend. I parked the Jeep just off a dirt road, leashed the dogs up, and started hiking up the hill. The grade gradually increased as I gained elevation. The sky was a deep blue and the temperature was perfect for hiking.

Baptist church in Sunnyside, with the “E.C.” visible on the mountain to the right of the steeple 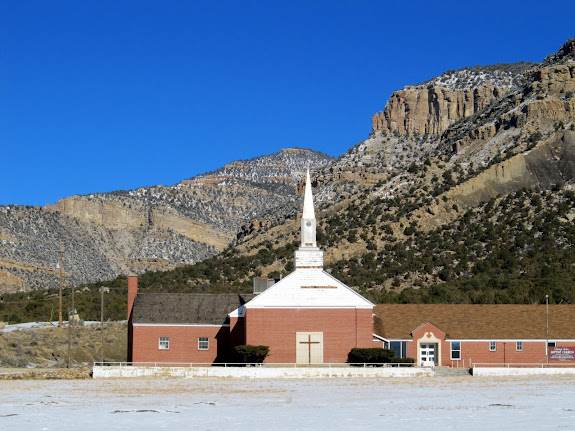 Beginning point of the hike 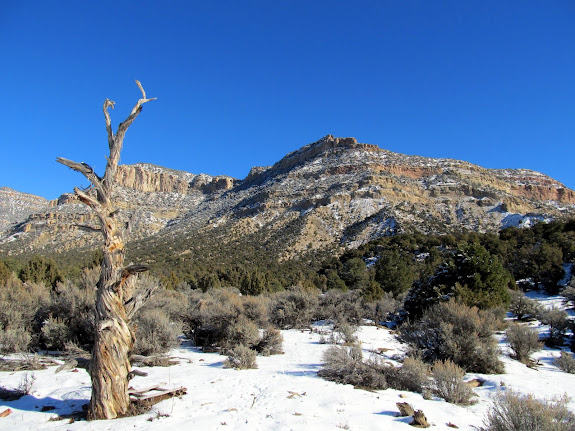 Northerly view along the Book Cliffs 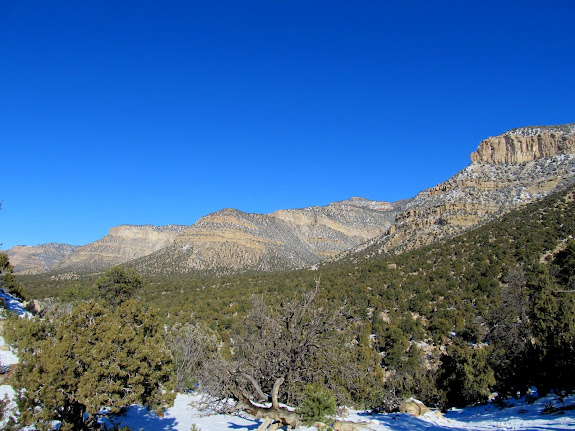 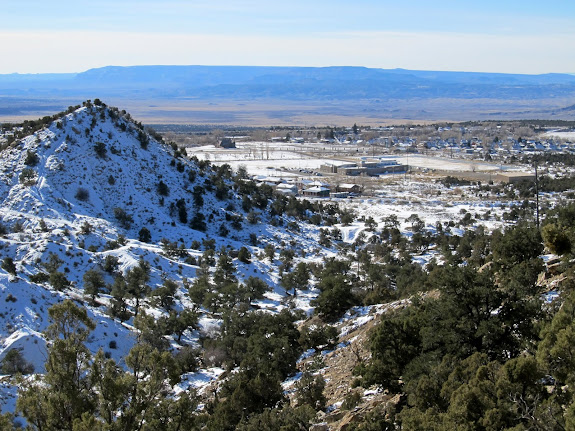 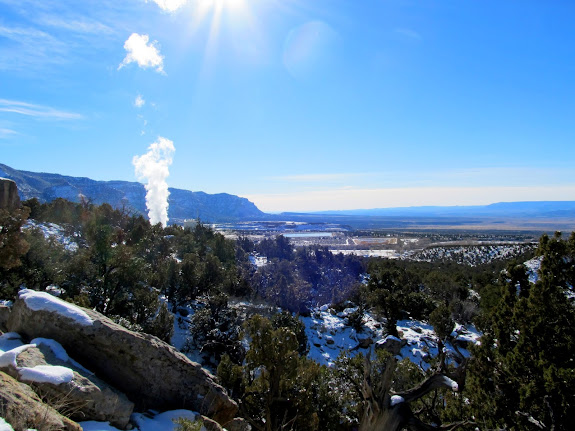 I made good time to the geocache and found it easily. The snow had fallen after the cache was placed a couple of days earlier so there were no footprints to lead me to it. In the short time it took me to go up the hill the temperature had increased enough that the footing became a bit slippery for the hike back down. I made the 1.1-mile round-trip hike, with 500 feet of elevation gain/loss, in 54 minutes. It seemed as though my hike the weekend before had done my legs some good because they didn’t get sore while climbing this time.

Just below the white painted “E” 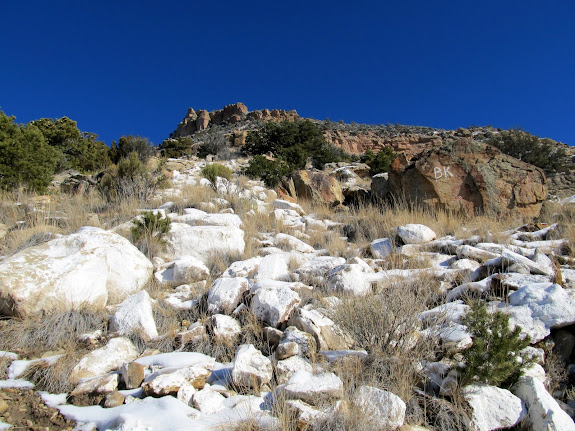 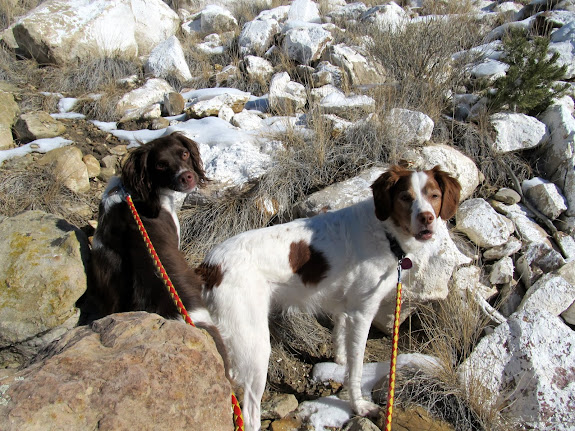 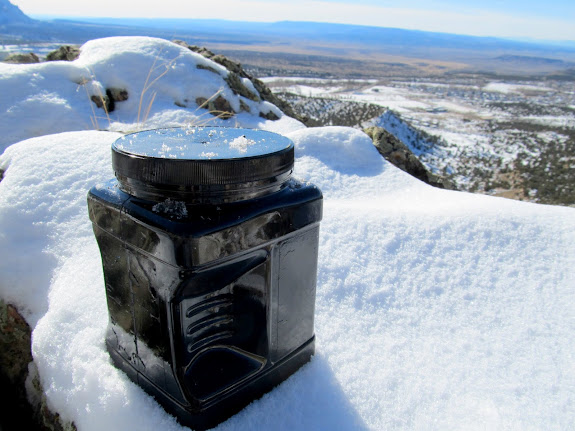 One of many discarded 5-gallon containers, probably once full of white paint 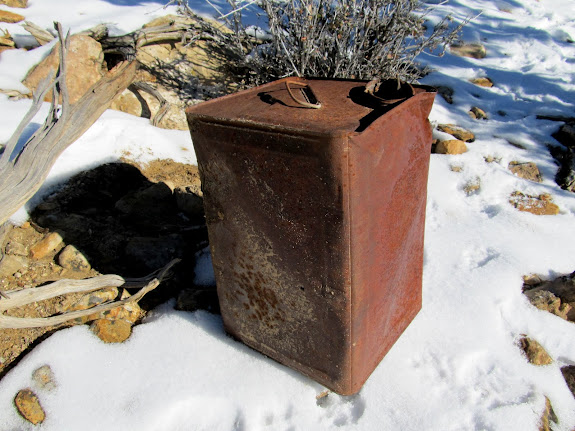 Back at the Jeep 54 minutes later 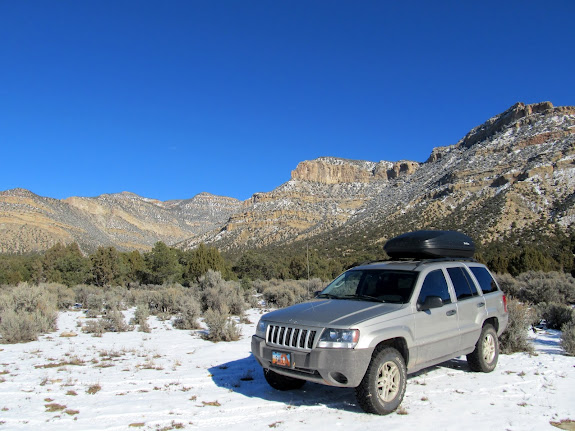