On Sunday, December 7th, I hiked with my bro-in-law Mark and nephew Adrian to find a couple of geocaches above the towns of Sunnyside and East Carbon. The caches were placed by our friends Karin and Katie on Black Friday, but this was our first opportunity to look for them and we all hoped we’d get the first-to-find. A light dusting of snow from earlier in the week had already melted and the hiking was relatively easy–any later in the year and the geocaches would probably be inaccessible.

Our destination is just to the right of the highest peak 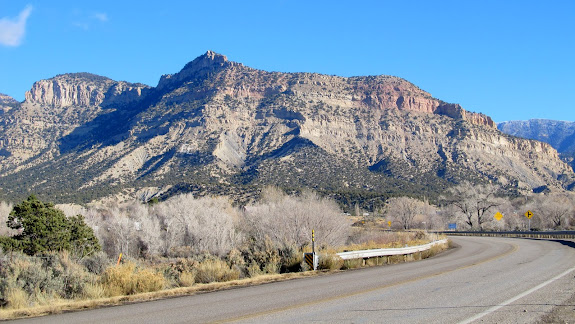 Just before reaching our parking spot in the town of Sunnyside I noticed some pictographs on a large boulder behind a house. I’d driven past there several times before and was totally oblivious to them. We hiked up the slope on our way to the first geocache and checked out the pictographs and also found some faint petroglyphs. We picked our way up the steep, bouldery slope and found the first geocache deep underneath a ledge–thanks, Karin! 🙂 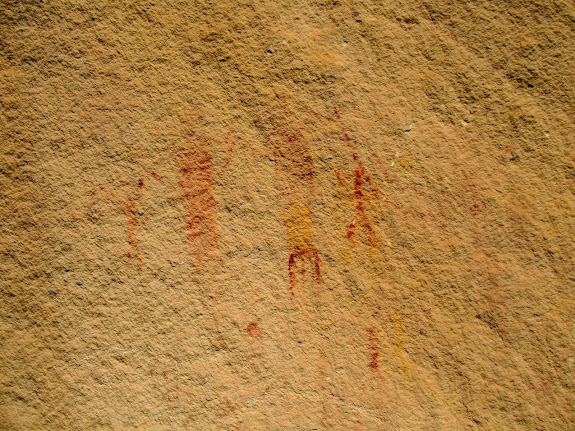 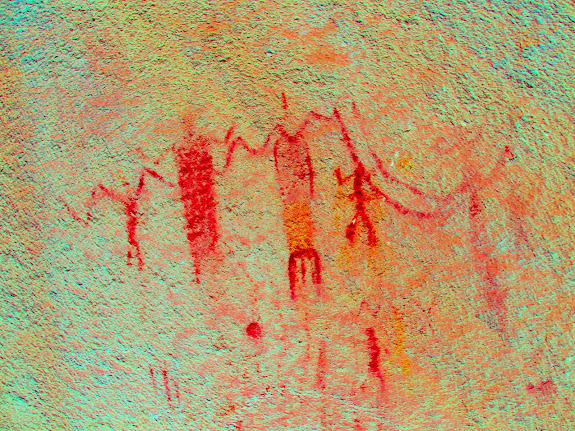 One of several faint petroglyphs 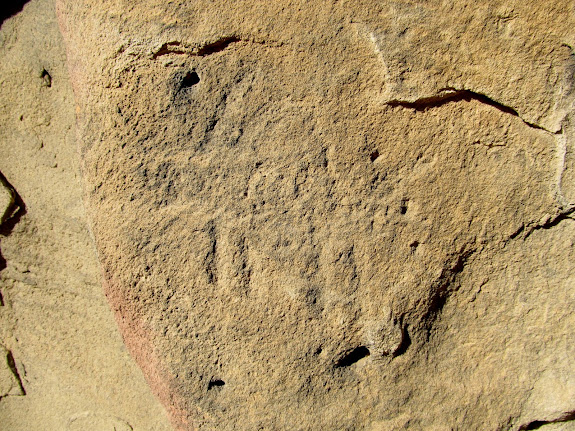 Climbing the rocky slope above Sunnyside 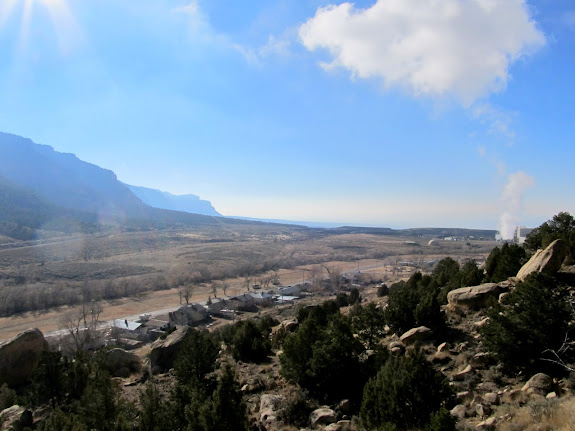 Almost above the first cliff band 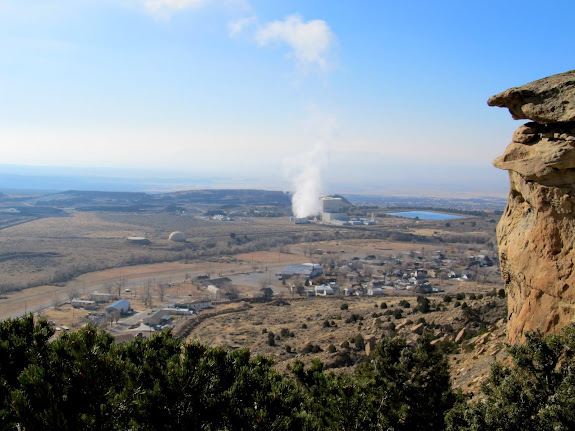 Me crawling under a ledge to retrieve a geocache 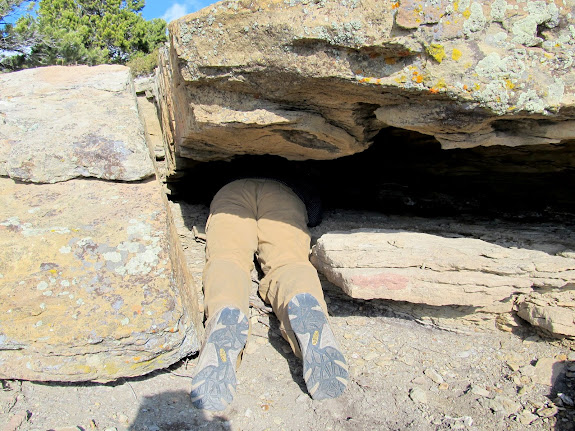 If the ascent up the first slope was steep, the next couple of slopes were completely gnarly. The terrain grew steeper and more heavily wooded. As our hike progressed we ascended a total of 1,200 feet and the atmosphere grew hazy. We reached the top of a ridge and I assumed that our ascent was mostly done, but closer to the second geocache we had to do more scrambling up boulders and ledges. 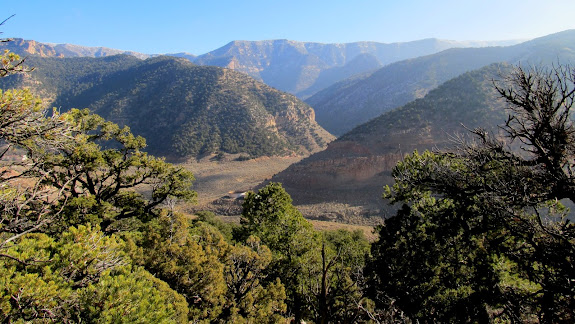 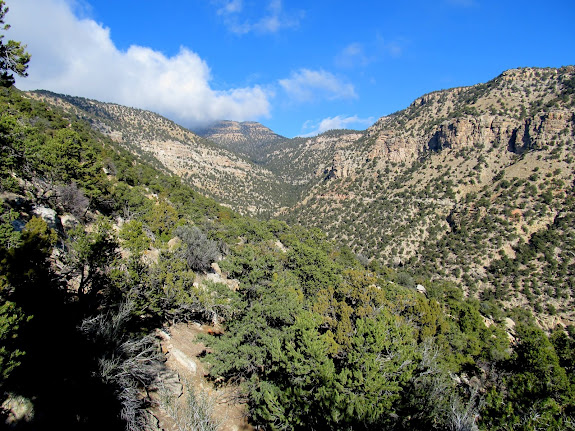 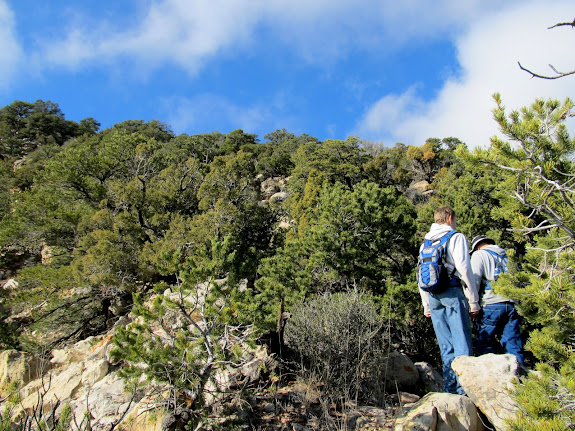 Book Cliffs in the haze 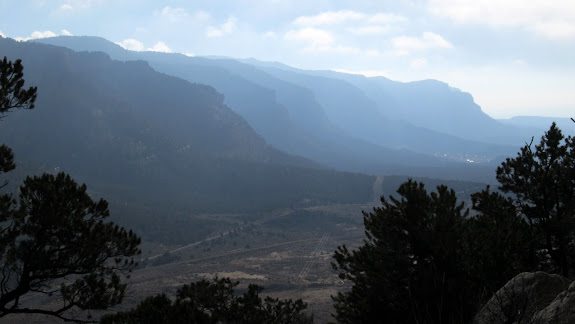 Panorama over Sunnyside and East Carbon

Patchwork of state, federal, and private lands north and west of East Carbon 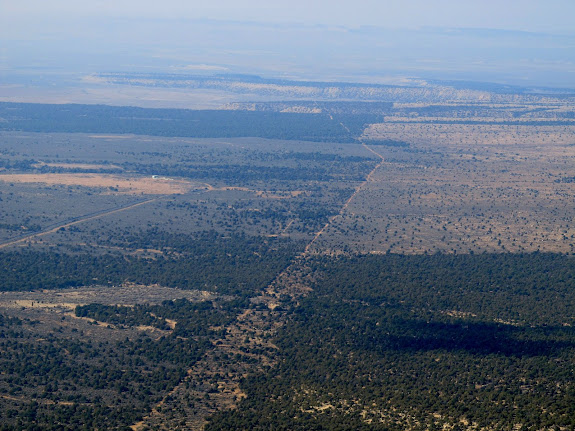 On top of the ridge 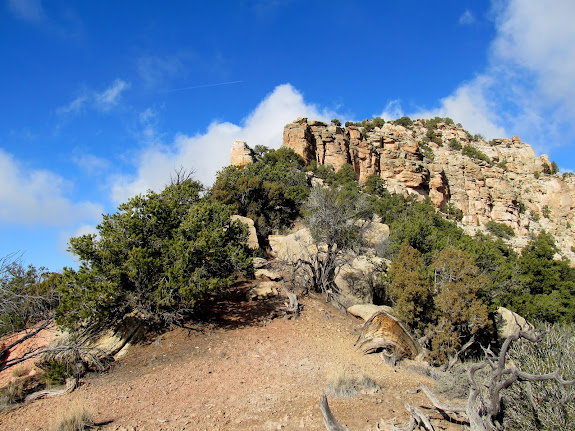 Almost to the next geocache 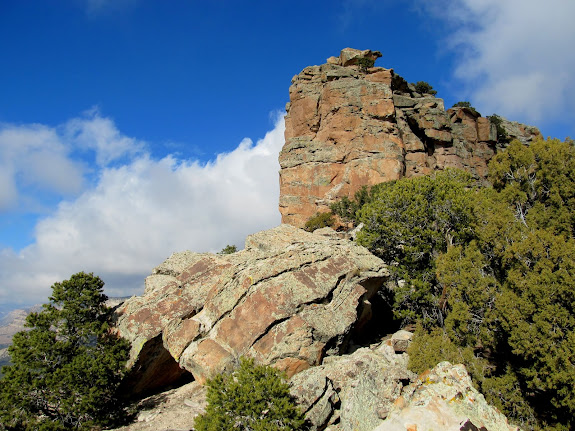 We were rewarded with not only an empty log book in the geocache, but also with some stunning views along the Book Cliffs. The haze obscured the views over the valleys to the south and west but made for a unique experience. We broke for lunch after finding the geocache and then began the descent mostly along the same route we’d taken up. We deviated slightly from the ascent route and I found some more not-so-great pictographs. We got back to the Jeep after four hours of hiking and two miles total distance covered. After the hike we drove up into the mouth of Whitmore Canyon a short distance and spotted some more rock art from the road, but I’ll save that for another trip to get a closer look.

Book Cliffs to the northeast 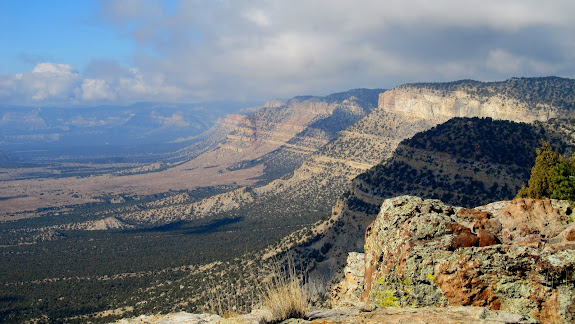 Panorama from the geocache 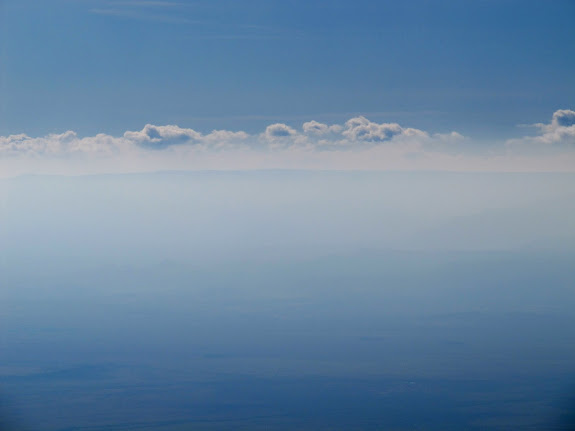 Torrey during the hike back down 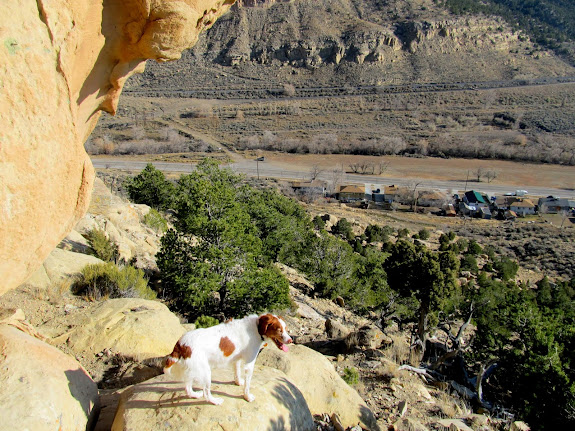 Faint pictographs under an overhang 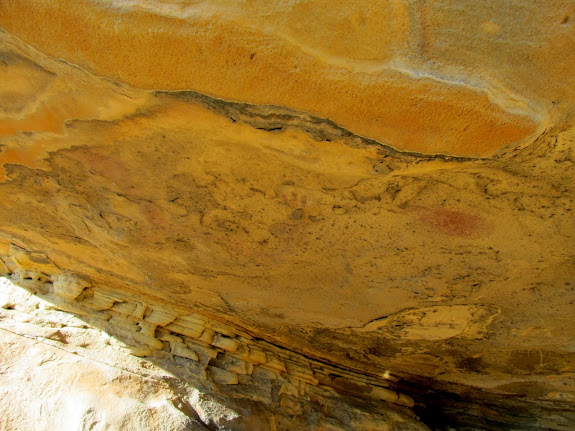 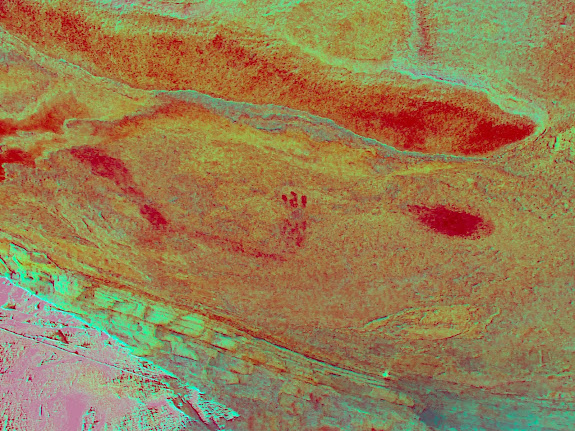