I wanted to get out for a bike ride this evening, but to make it slightly more productive I decided to do some geocaching along the road that leads from Huntington into the San Rafael Swell. Little did I know what I was getting into. I got my bike and gear loaded after work and drove down and found the first cache at around 4:20PM. There were caches roughly every 0.14 miles along the gravel road and I found myself stopping after every few minutes of riding to find another one. 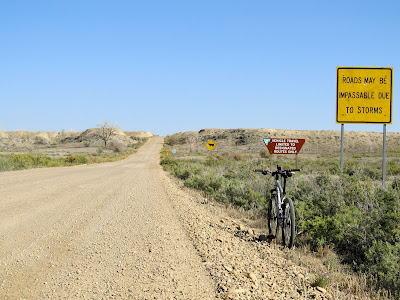 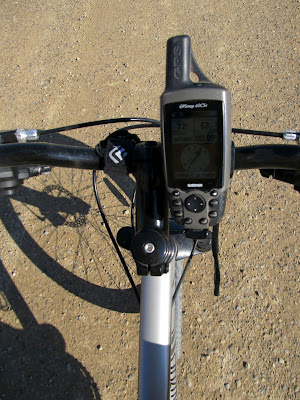 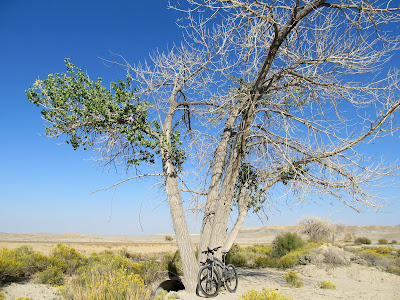 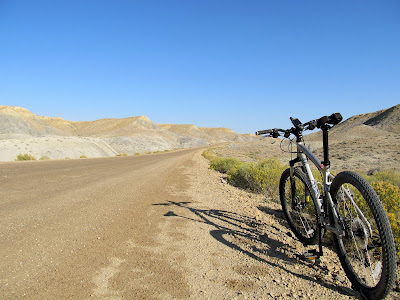 I ended up spending about twice as much time off the bike and I did riding it during the initial part of the ride. I replaced a few of the geocaches that had earlier been reported missing–they were simply film canisters with a piece of paper rolled up inside. The first dozen or so were easy to find, hidden in rock piles just feet off the road. Once I got to the Jackass Flat area, however, there were no rocks in which to hide them. I started finding the caches in small sagebrush or shadscale bushes and it was much more difficult. By the 35th find I was absolutely bored out of my mind. I started signing “Your Mom” (and other silly names) instead of my own name. 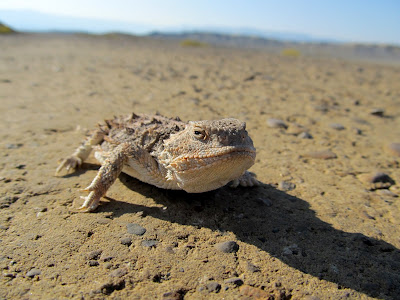 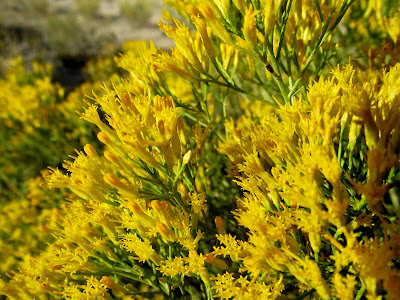 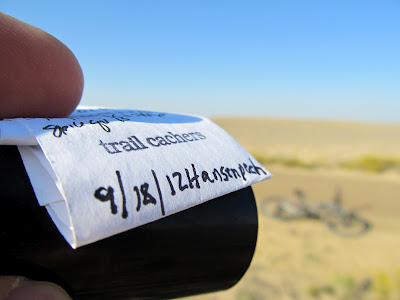 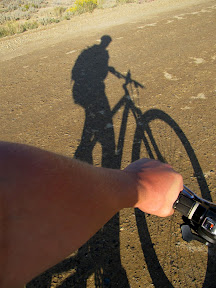 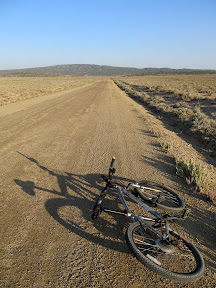 The sun set when I was at the second-to-last cache. I reached the very last when it was still light enough to easily make the find, then rested for a while before starting the return trip to the Jeep. I’d seen only one vehicle on the entire ride so far, but on the ride back I saw four or five–they all slowed way down to get a look at me and, presumably, make sure I was ok. As it grew dimmer I saw what I first thought was a fox crossing the road ahead of me, but as I got closer I realized it was a badger. It was only the third I’d seen in person, and the only one I’d gotten close to. It tried hiding behind a small shadscale bush after noticing me while crossing the road, but I dismounted and walked closer to it. That’s when it hissed and bared its teeth at me. 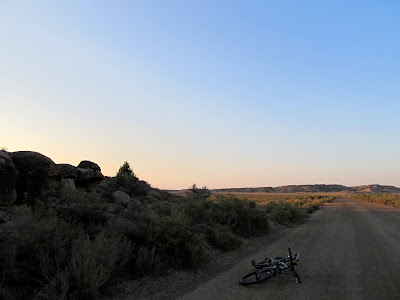 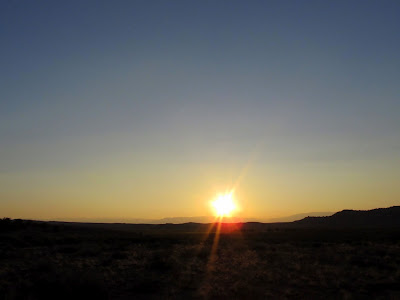 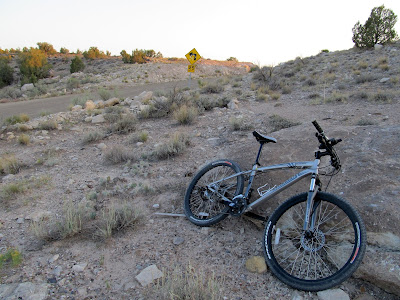 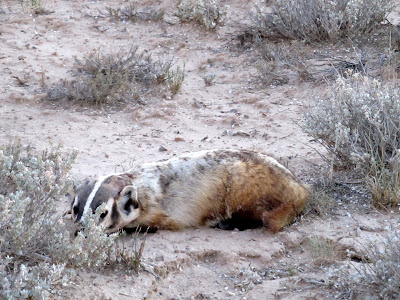 I stuck around long enough to notice that the badger had an injured front paw, then I let it retreat so we could both go about our business. The twilight was beautiful while the crescent moon got lower in the sky. It was fully dark when I got back to the Jeep. I’d covered 13.8 miles in about three hours and 45 minutes, with the return trip taking less than a third of that. My legs and butt were sore, but it was a “hurts so good” kind of sore. The ride back to the Jeep in the dark was cool and refreshing. It was something I can see myself doing again, but perhaps without stopping to find any geocaches next time. 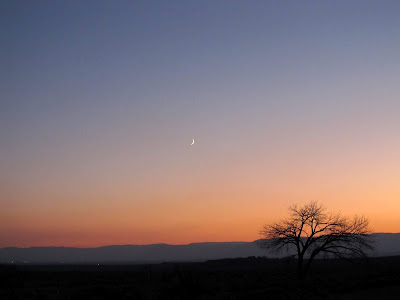 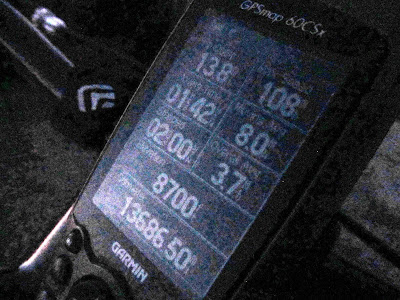