With my wife, Traci, spending the weekend in Joe’s Valley with her mom and aunt, the kids and I went to a geocaching event at Potter’s Ponds on Saturday, then descended into and camped in the desert and hiked Little Wild Horse Canyon the following day. The gathering at Potter’s Ponds was intimate, with only a handful of people showing up, and most of them from out-of-state. We saw the beginning of some colorful fall foliage on the drive in, and I enjoyed sitting at the campsite and chatting with other geocachers while eating a nice lunch prepared by our host, Dick. I drove out through Joe’s Valley and stopped to see Traci for a few minutes, then the kids and I continued to our favorite camp spot near the Temple Mountain/Goblin Valley road junction. 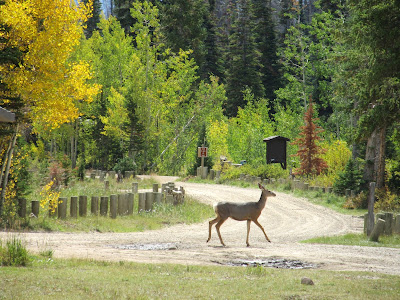 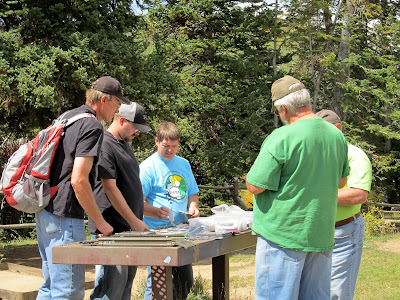 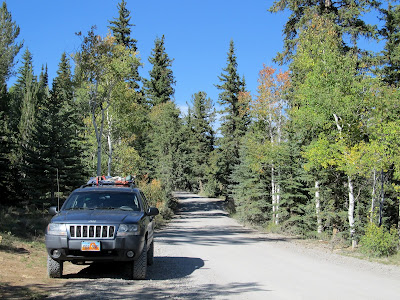 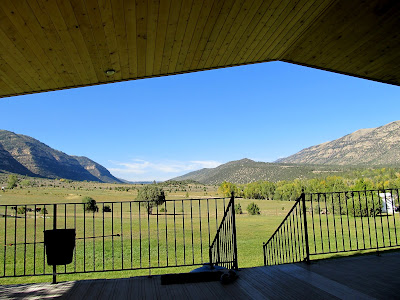 We got to the campsite just after the sun had set, but as we ate dinner we were treated to some wonderfully-lit clouds high in the sky. We hiked and scrambled around on the rocks near our camp for a while then retired to our chairs around a campfire until it was time for bed. It was a little breezy and so, after going to bed and seeing how badly our big but flimsy tent was flexing, I got up and pounded in a few more stakes and secured guy lines before finally turning in. We all slept well, and I was awake just before sunrise. I slipped my shoes on and exited the tent wearing my jammies to take some sunrise photos. The kids were awake shortly thereafter and we ate breakfast and broke down camp. 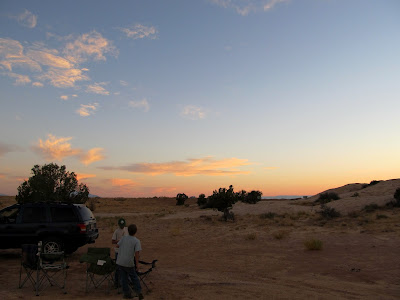 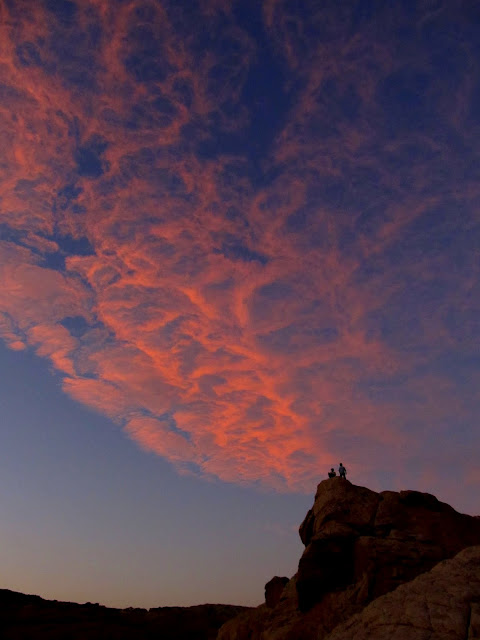 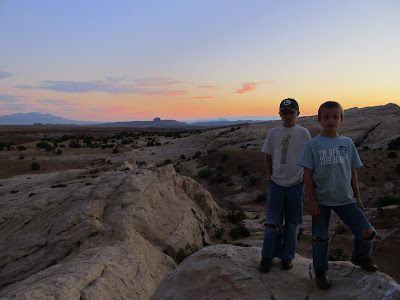 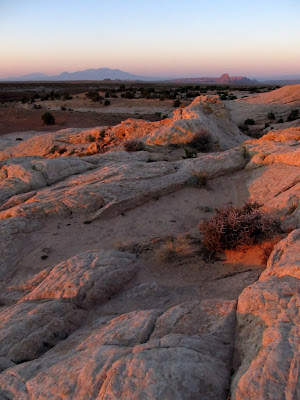 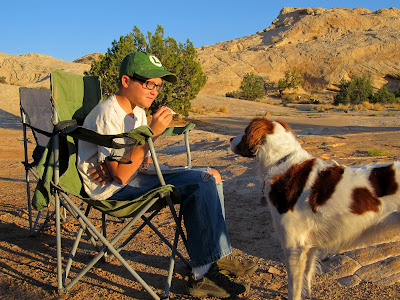 Our plan for the day was to check out the Little Wild Horse parking lot, and if it was too crowded, we’d decide on another canyon like Crack or Chute. After the short drive to the LWHC trailhead we found only a few cars already there, so we readied our backpacks and started hiking. I’d only hiked the canyon once before, during the winter, and it was an entirely different experience in warm and dry conditions. This was the kids’ first time here and they thoroughly enjoyed it. They were continually climbing up the canyon walls and stemming where it wasn’t necessary, and otherwise played like kids should. There were a few spots where I had to help Torrey up, including one very narrow section where I had to remove and carry her pack so she’d fit through the confines of the canyon. 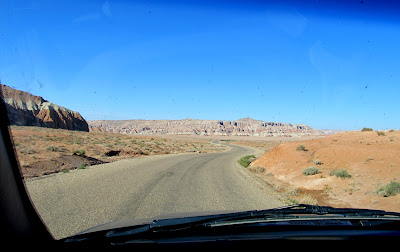 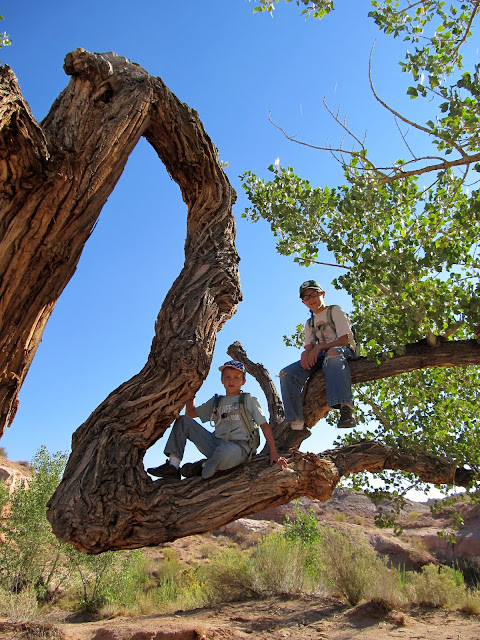 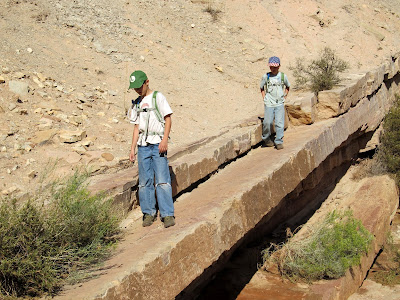 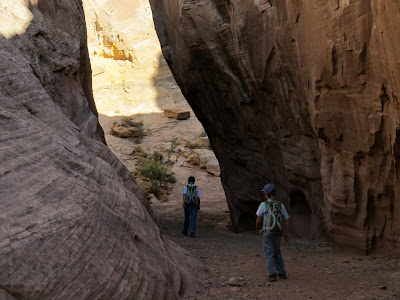 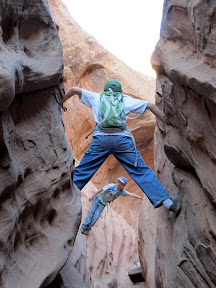 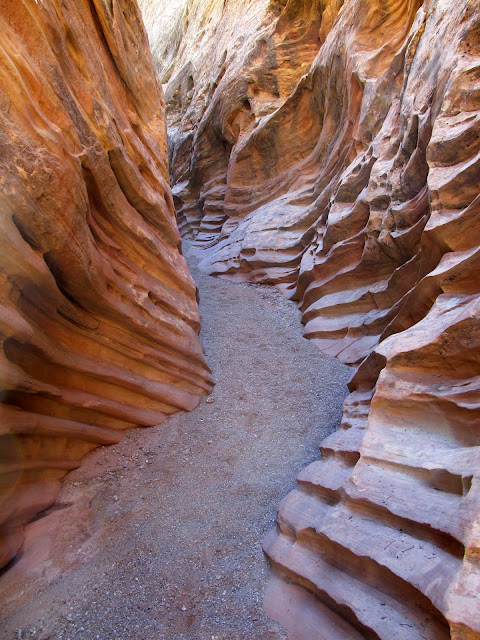 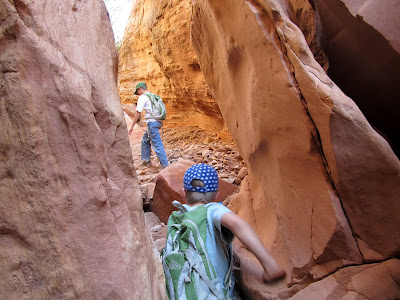 We got to the end of the narrows and stopped to find a geocache that had been placed since the last time I was there. It took a while to find it–it was a tiny container hidden high up in a juniper tree. We encountered the first people we’d seen in the canyon while there. It was a couple and their two Huskys who I’d seen start up the trail just before we started our hike. The friendly dogs approached us first, then the owners called them back as they passed us on their way down the canyon. We followed after resting for a bit, and we were surprised by the number of people we encountered on the descent (yes, even after expecting a crowd, it was still jarring to see that damn many people!). I think we counted 63 people on the hike down the canyon, including two or three babies being transported in carriers on peoples’ backs. The parking lot was full with a couple-dozen vehicles when we returned. It was enjoyable having half of the hike in solitude, and at least I enjoyed the people-watching during the other half. The boys and I stopped at our favorite area lunch spot on the way home–a stand of cottonwood trees with a rope swing near Wild Horse Creek just off the Goblin Valley Road. Once again the kids had an enjoyable time tent-camping and they said they’re eager to do it again! 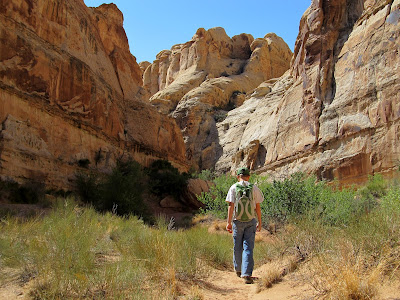 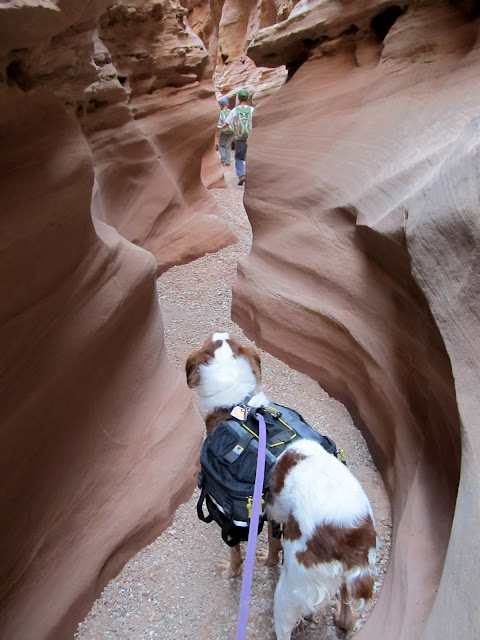 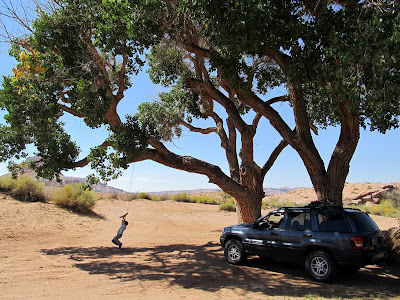