July 16-18, 2019–Part 3 of 4 of a nine-day camping trip through south-central Utah. We covered about 600 miles, camped in four different places, and were joined by friends at various points along the way.

Our third camp of the trip was above Lightning Draw, just east of Red Canyon and northwest of Bryce Canyon National Park. I’d previously driven Highway 12 as far as Escalante, but everything after that was new to me. Traci and I stopped in Upper Valley just west of Escalante to take the dogs for a walk and spotted some granaries and pictographs just above the road. We stopped again at Ruby’s Inn to use the RV dump and refill our water, then moved on toward camp.

Starting down the Hogback on UT-12 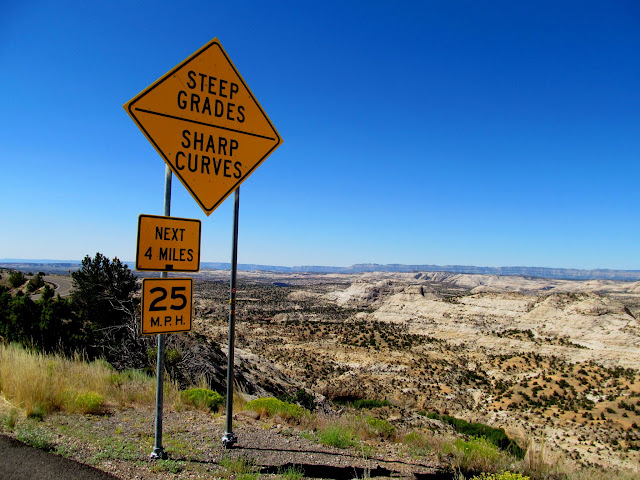 Truck and trailer on UT-12 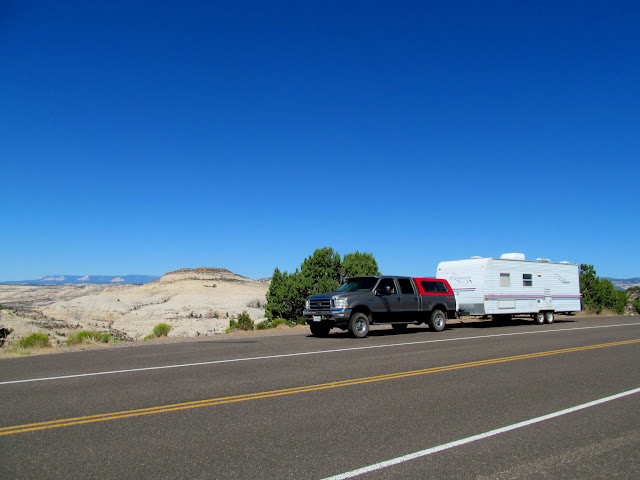 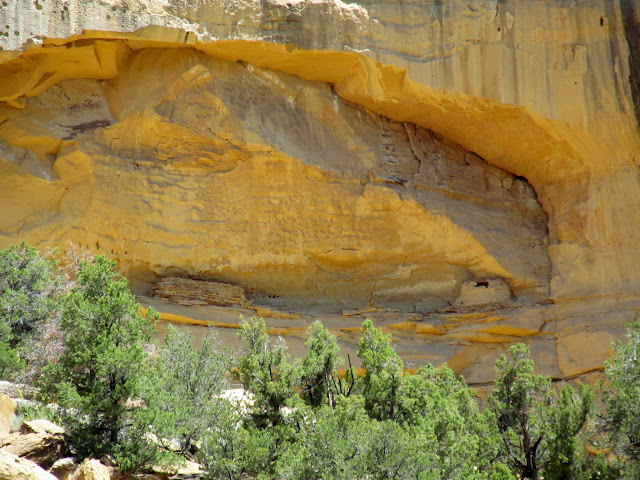 I went for a motorcycle ride in the afternoon, riding up Berry Spring Creek and then down Corral Hollow. Ken joined us that evening and we enjoyed the full moon from around the camp fire. 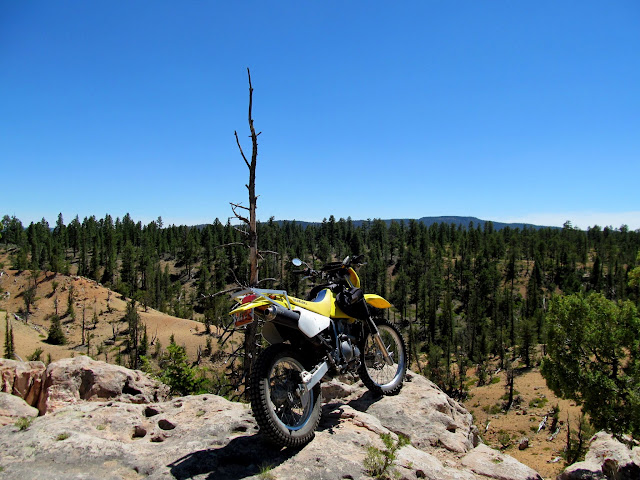 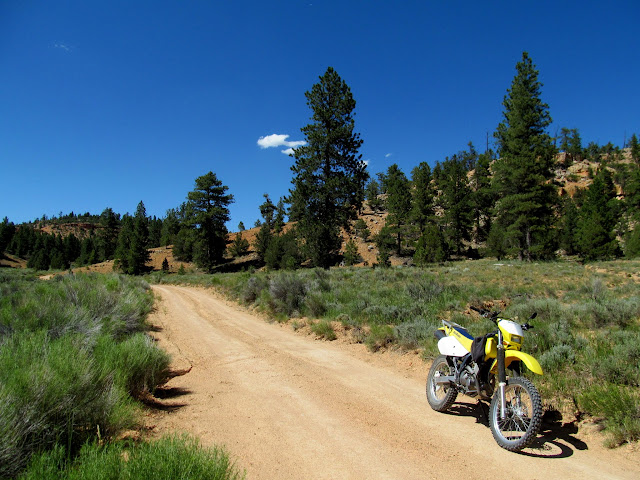 Waiting for traffic to go my direction on UT-12 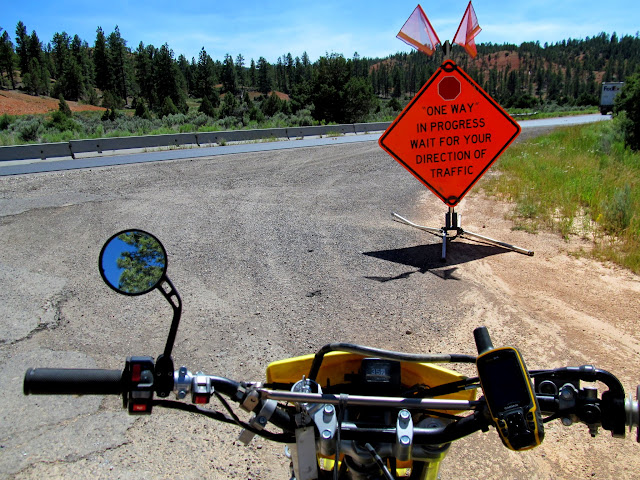 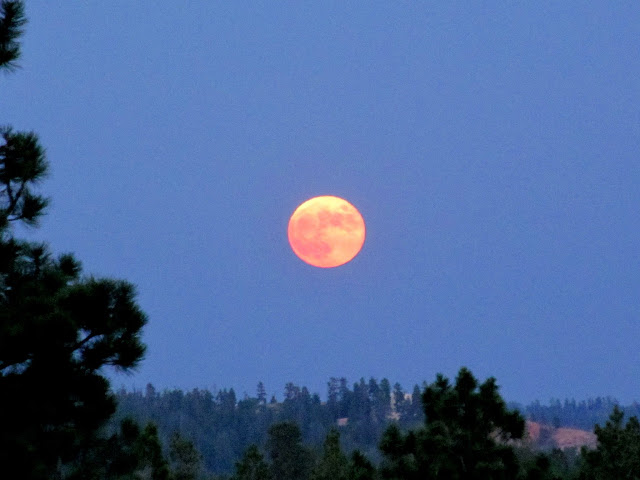 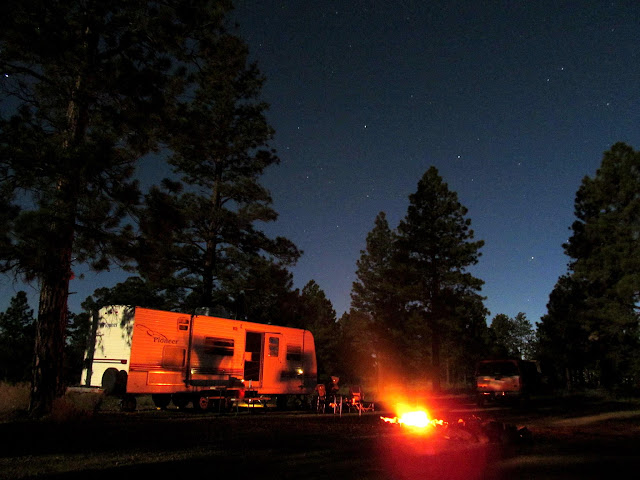 On Wednesday morning Ken and I did some hiking in and around Red Canyon. First we hiked the Cassidy Trail and Rich Trail to Ledge Point. It was only about four miles total but it was already quite warm when we finished the hike. Next we cooled off while checking out the Red Canyon Visitor Center and then did a shorter hike on the Pink Ledges Trail, then returned to camp for a late lunch. 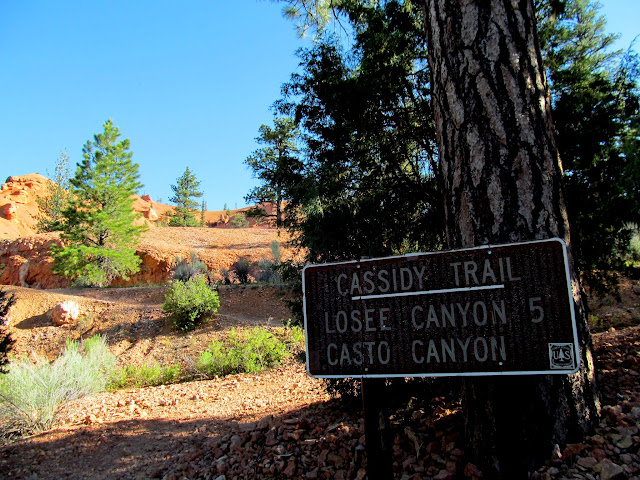 Indian paintbrush along the trail 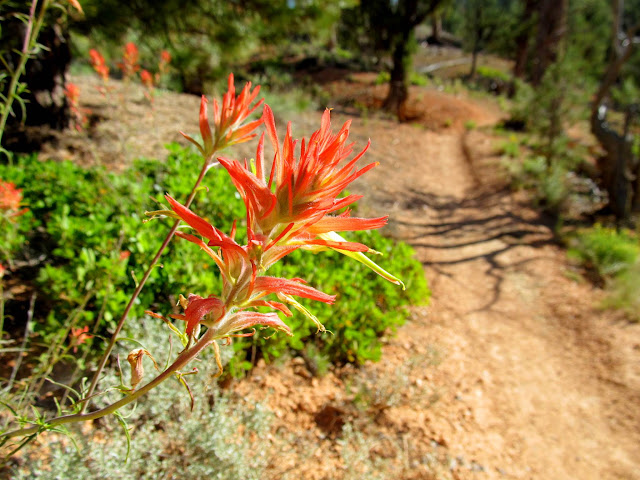 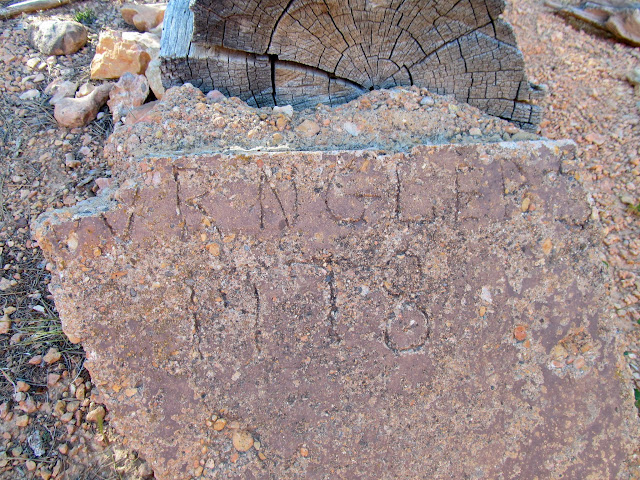 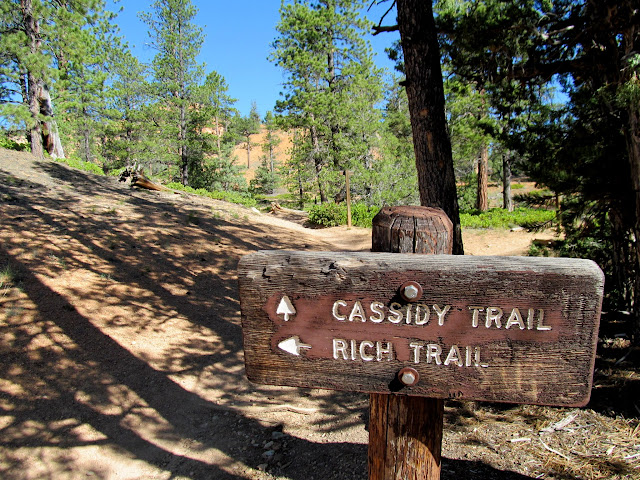 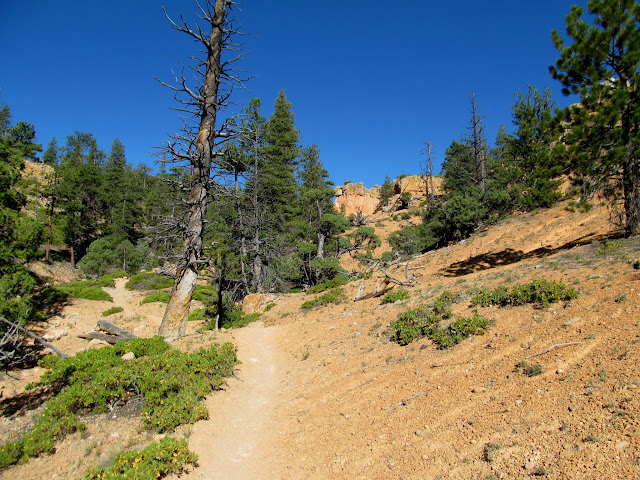 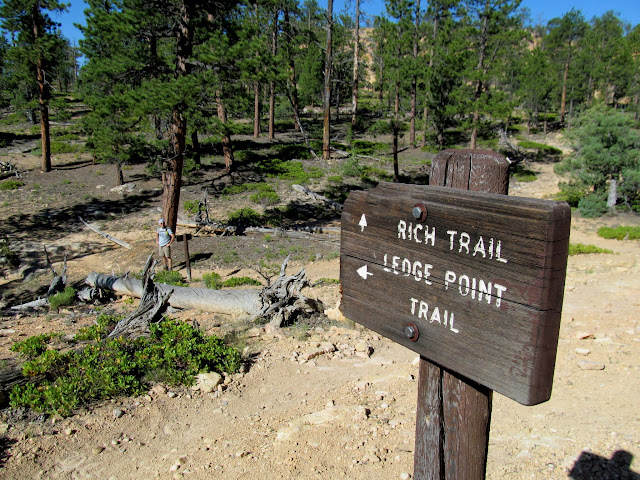 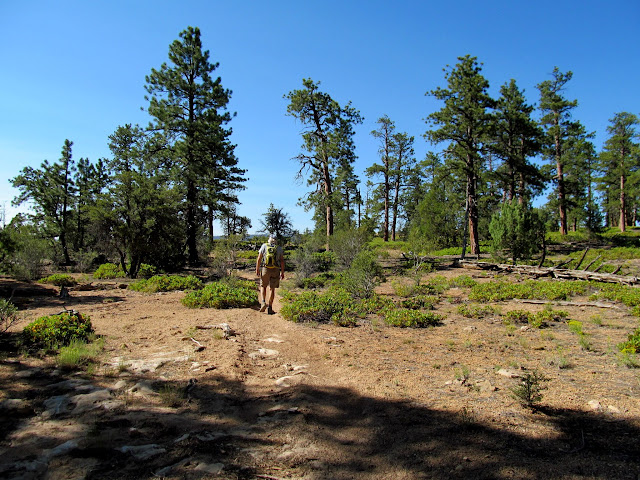 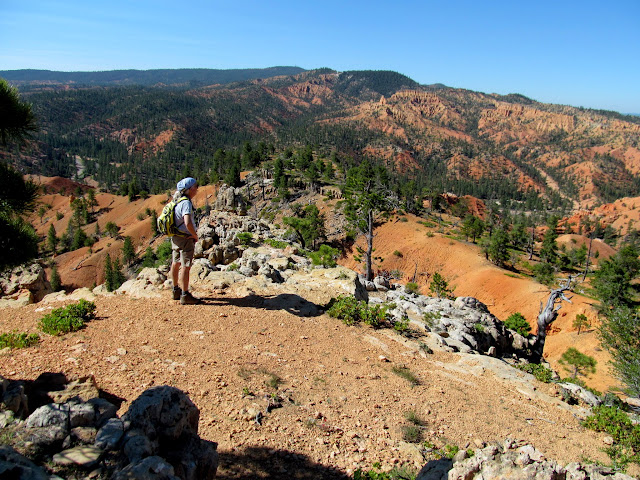 Blazed tree along the trail 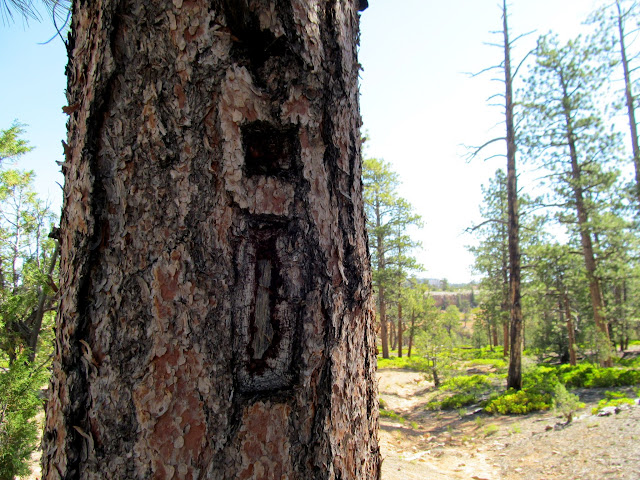 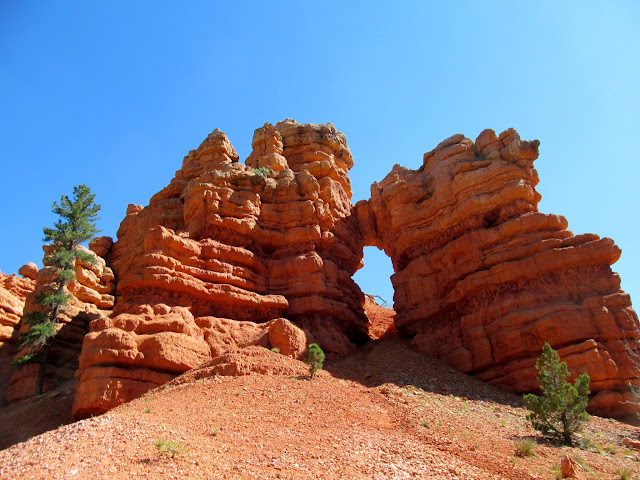 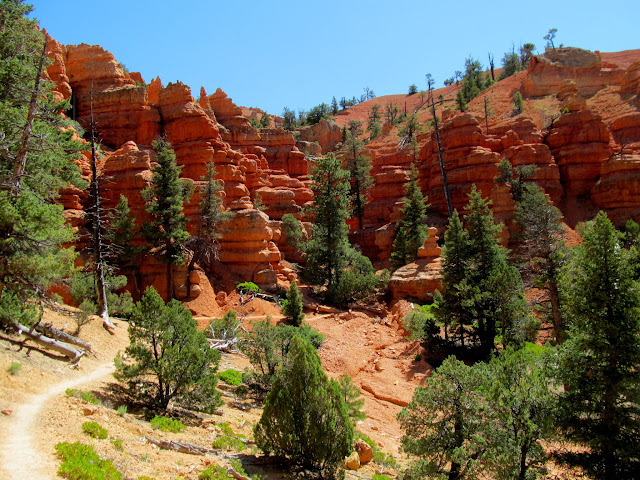 Hoodoos along the Pink Ledges Trail 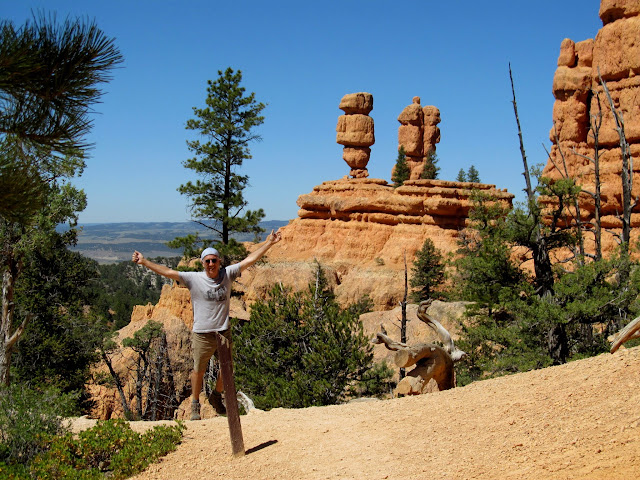 Georgia arrived that afternoon and we all drove into Bryce Canyon National Park. It was my first time in the park and we just stopped at a couple of overlooks and completed the short hike along the Bristlecone Loop Trail. Then it was back to camp for another night around the fire before moving along to another camp spot the next day. 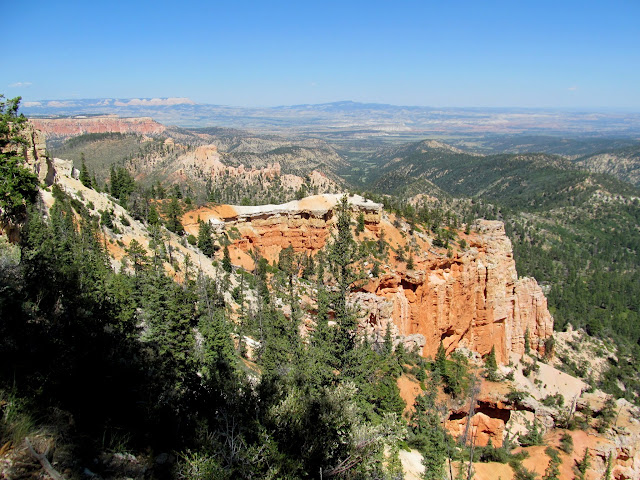 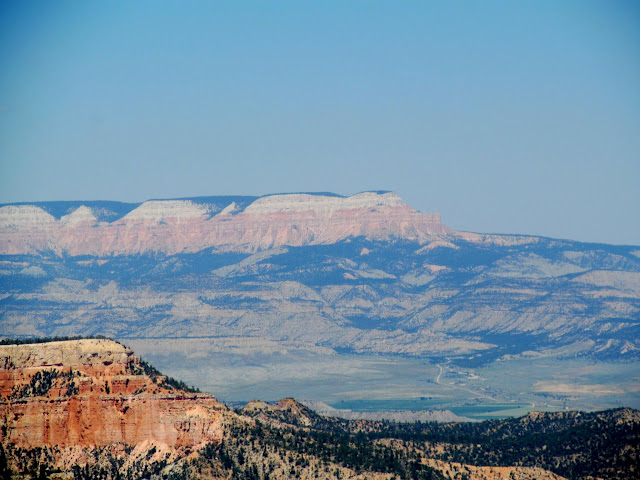 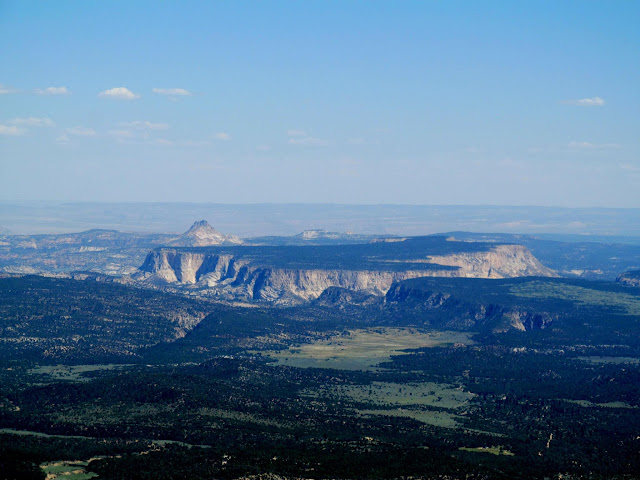 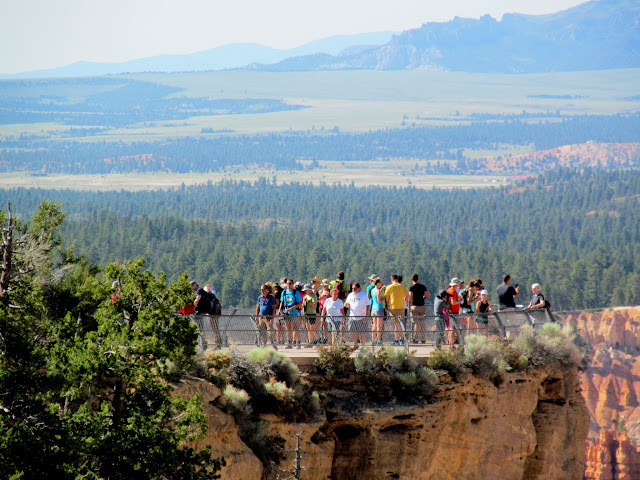 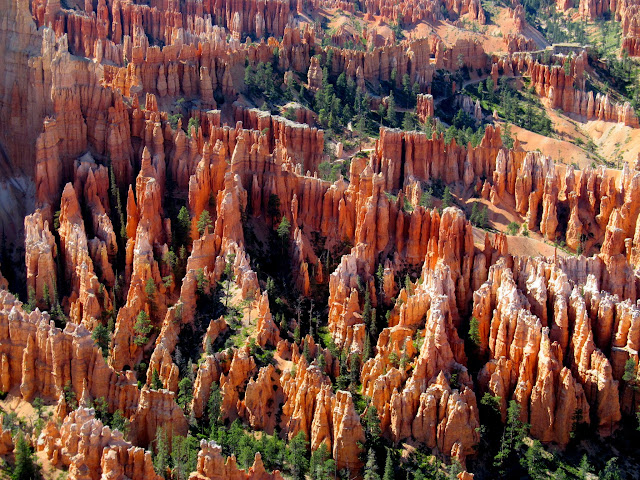