July 14-16, 2019–Part 2 of 4 of a nine-day camping trip through south-central Utah. We covered about 600 miles, camped in four different places, and were joined by friends at various points along the way.

After leaving the Thousand Lake Mountain area, Traci and I moved our camp to the east side of Boulder Mountain. We camped near Park’s Pasture for two nights, the only spot where we’d be alone during our trip. On the way we stopped near Big Rocks south of Loa where I found a geocache and spent some time looking for some pictographs. I eventually found the rock art which wasn’t terribly great. We stopped again for lunch between Torrey and Grover and I went for another short hike to search for more rock art. I found a kiln and a few petroglyphs, but again it was nothing spectacular. We set up camp and then drove to a scenic overlook just off UT-12 with a view toward the Henry Mountains. 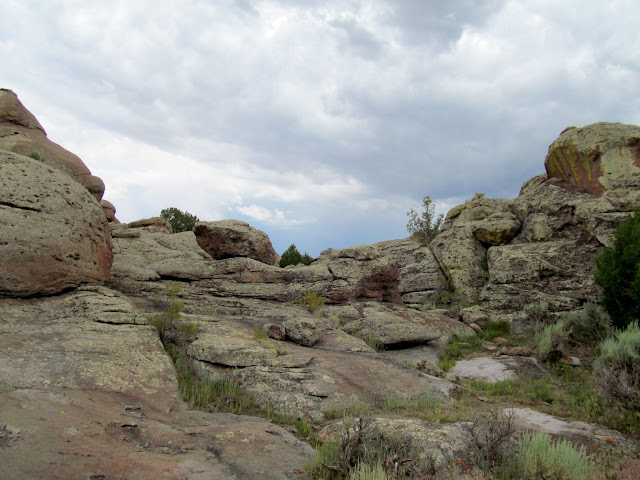 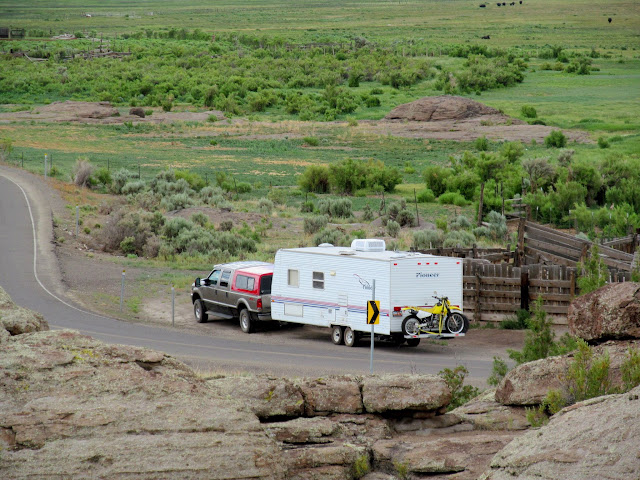 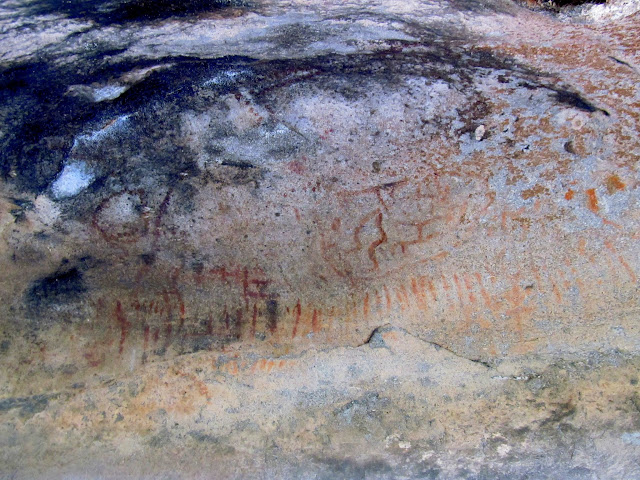 Kiln of some sort between Torrey and Grover 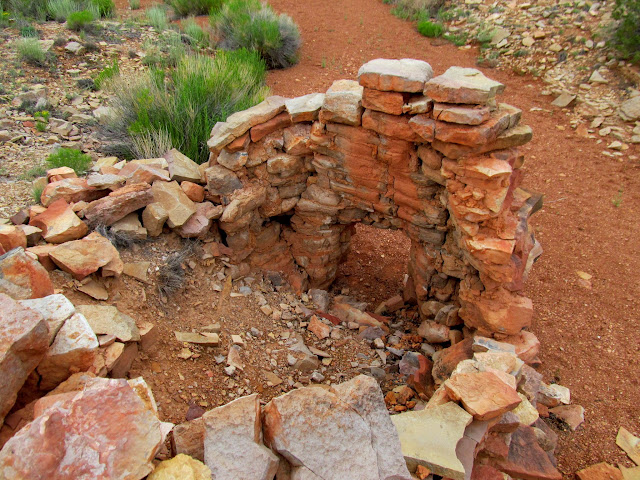 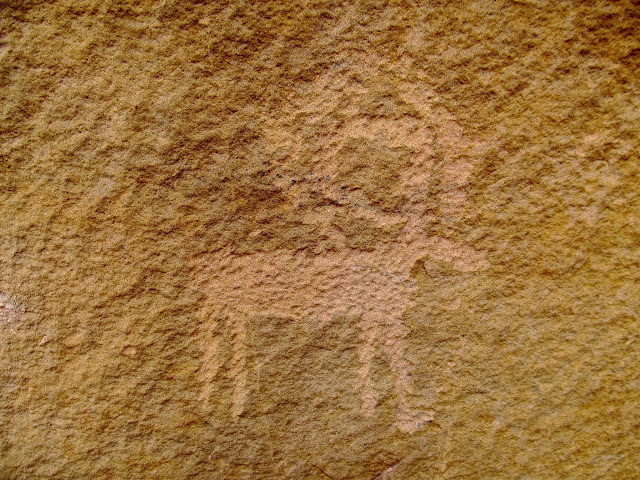 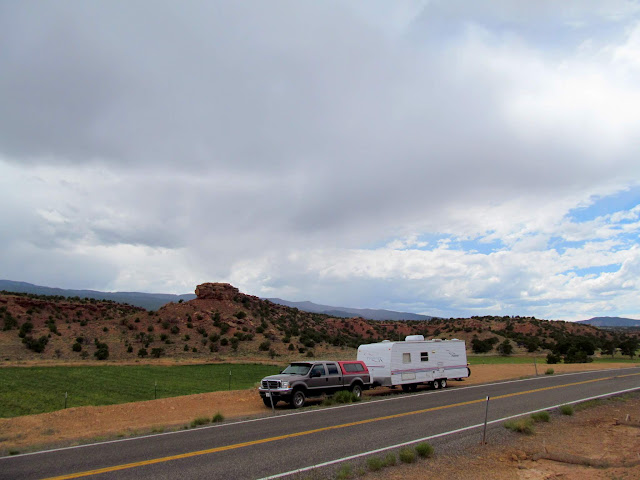 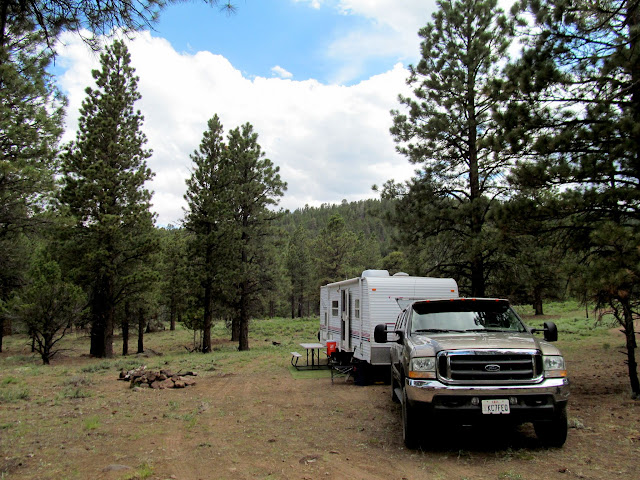 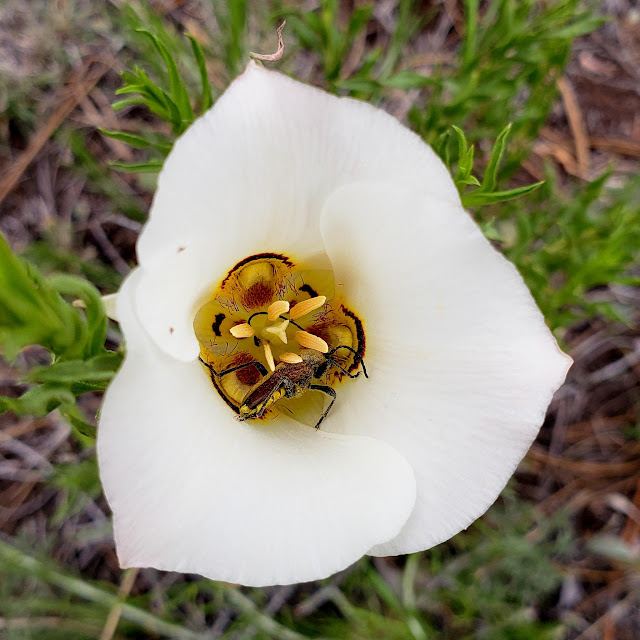 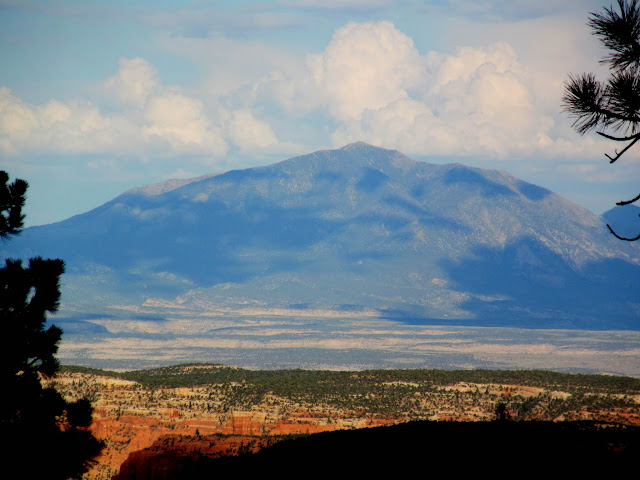 A view into Oak Creek(?) 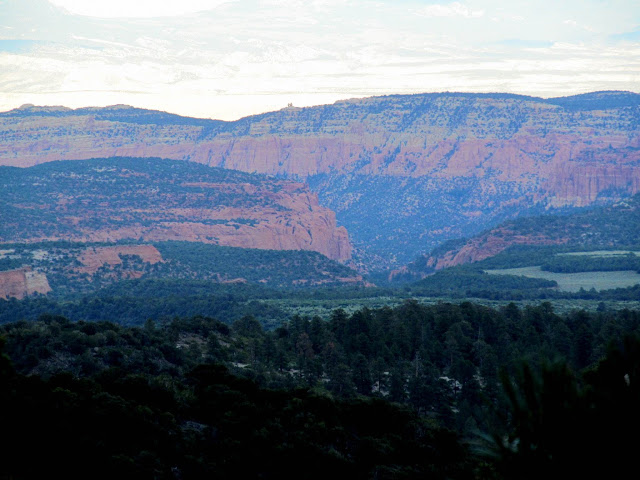 On Monday morning I went for a ride on my motorcycle along part of the Slick Rock Trail. I rode as far as Sawmill Bench before turning around and hiking up a fork of Oak Creek at the end of Park Ridge. I scrambled around on the slickrock for a bit, enjoying the Navajo Sandstone and ponderosa pines. I hopped back on the bike and checked out Bowns Reservoir and Jorgenson Flat before returning to camp. 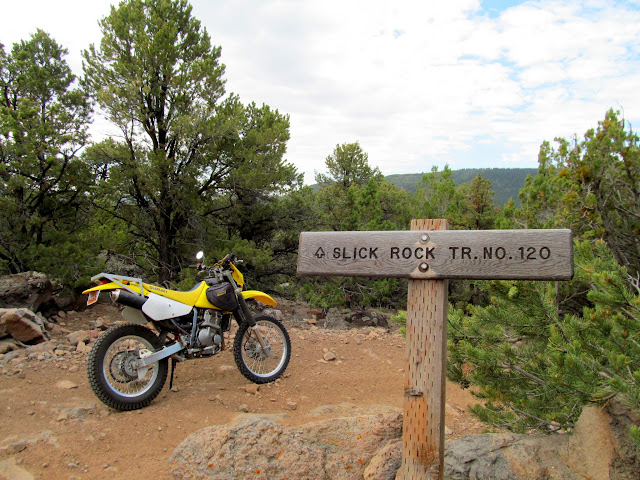 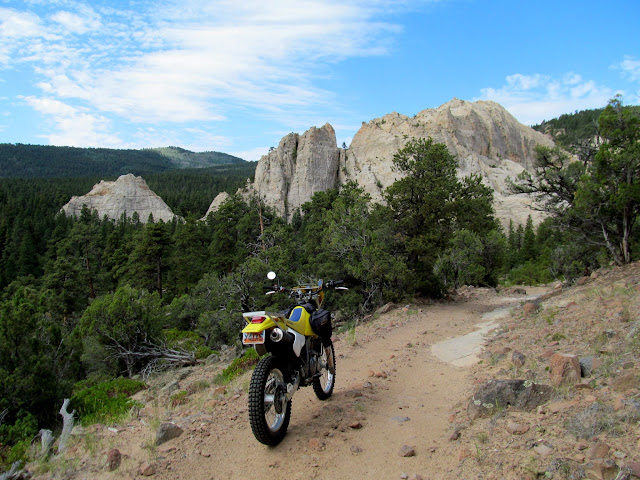 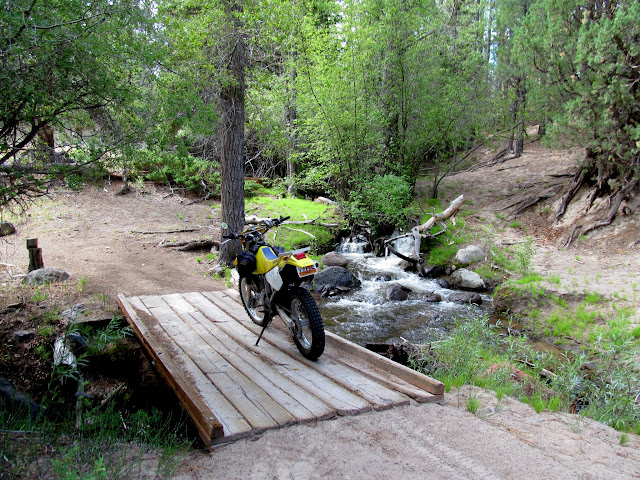 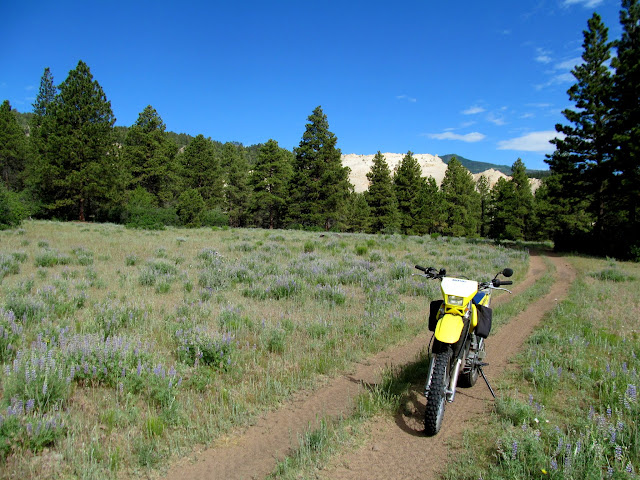 Slickrock at the end of Park Ridge 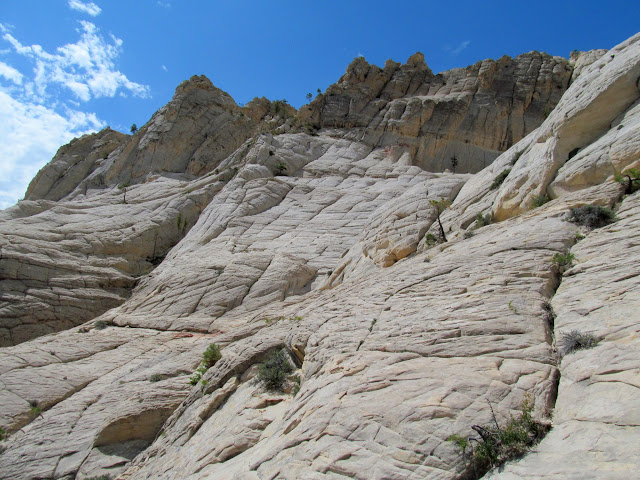 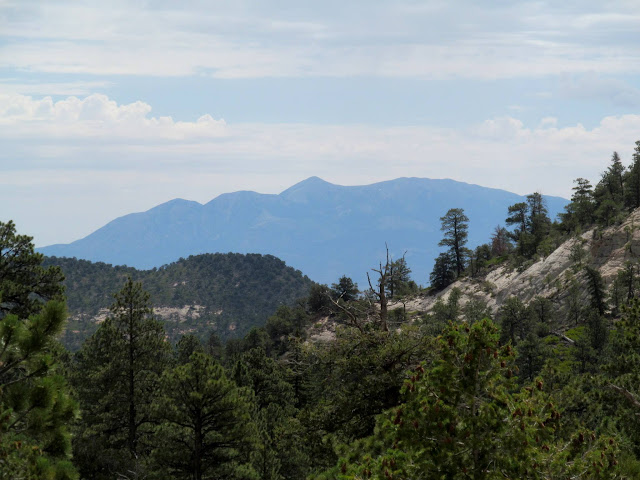 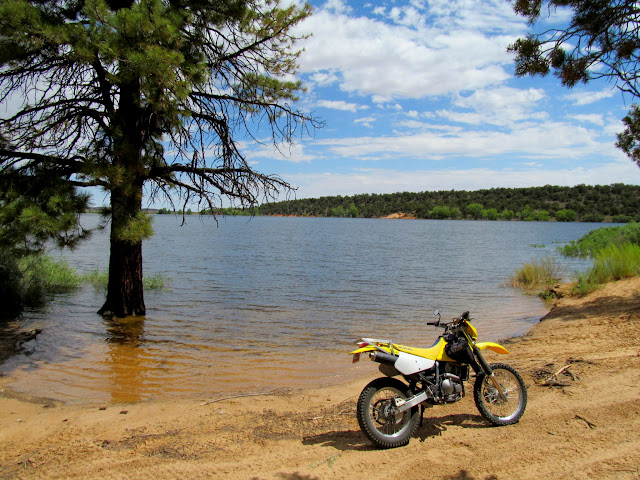 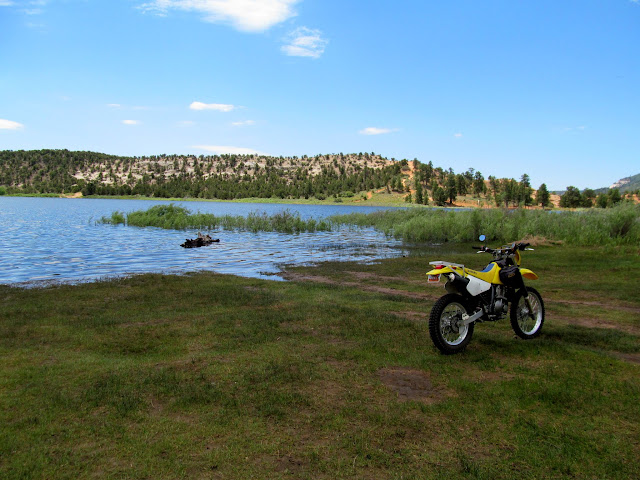 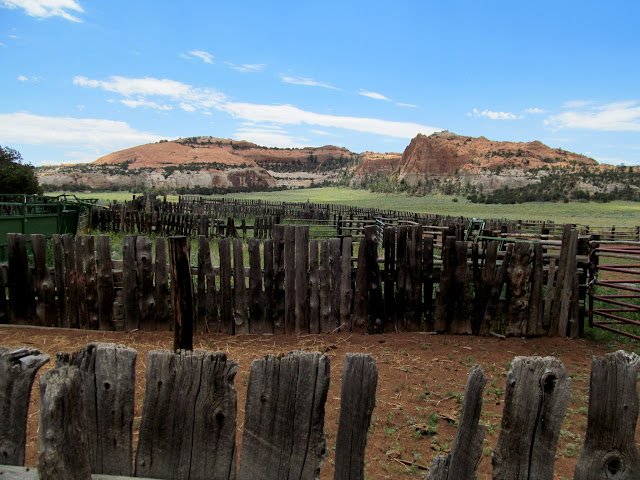 That afternoon Traci and I took the dogs for a walk along Pleasant Creek. After dinner we returned to the scenic overlook and enjoyed the full moon rising through the haze.

Boulder and Torrey in Pleasant Creek 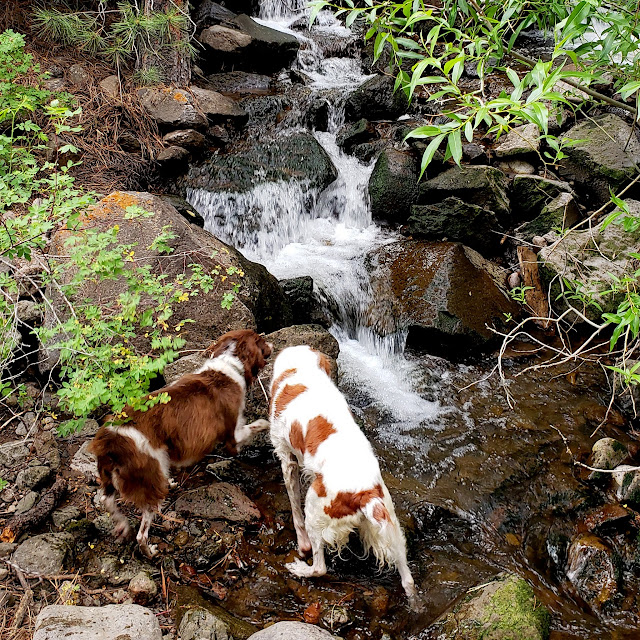 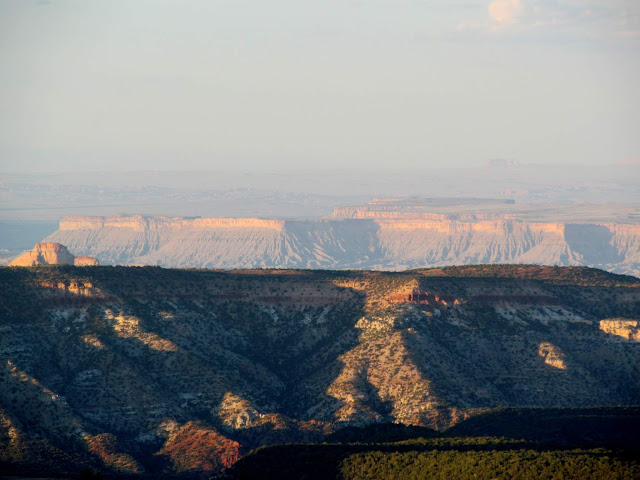 View over Waterpocket Fold toward the Henrys 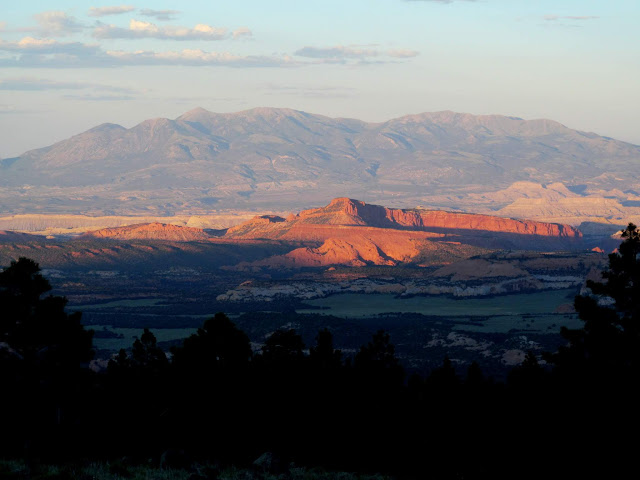 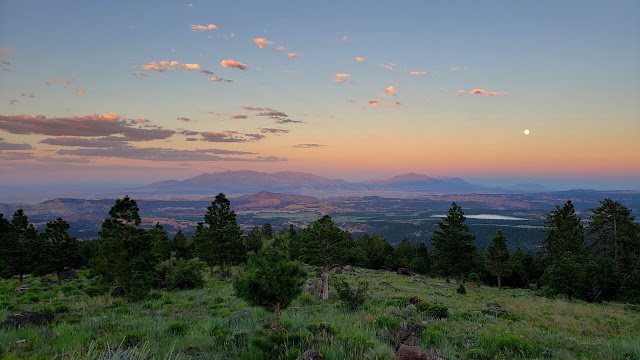 Belt of Venus and full moon 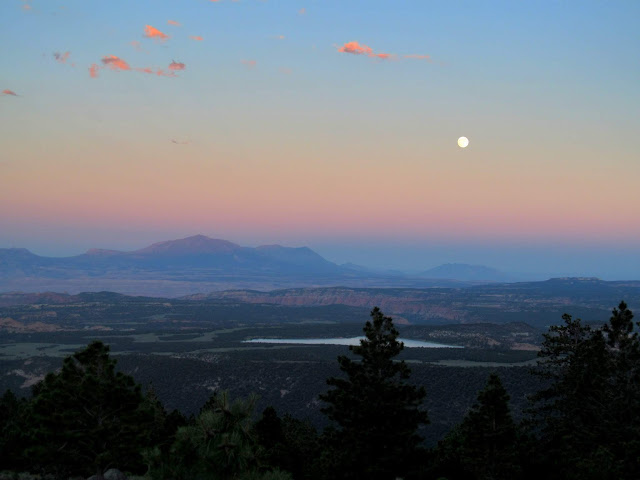 We took our time packing up camp on Tuesday morning, then showered and hit the road. Despite owning an RV most of my adult life, this was only my second time showering in the trailer and it felt good to get clean after several days of camping. It was a rare luxury, but we’d have a chance later in the day to empty the holding tanks and fill up with fresh water in Bryce Canyon City.