On the last weekend in July I revisited Mill Canyon, which I had hiked down a month earlier as part of a loop that also included Flood Canyon. After that first visit to the canyon, I wondered where the mill was that gave the canyon its name. A little bit of searching in Google Earth, particularly in the historical imagery, revealed that location less than two miles up from the mouth of the canyon. 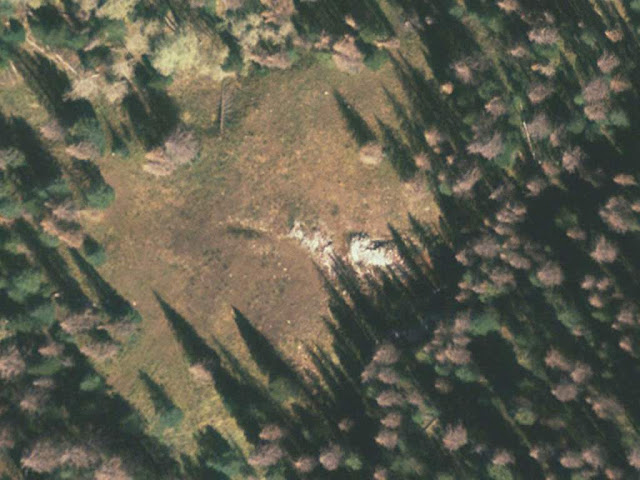 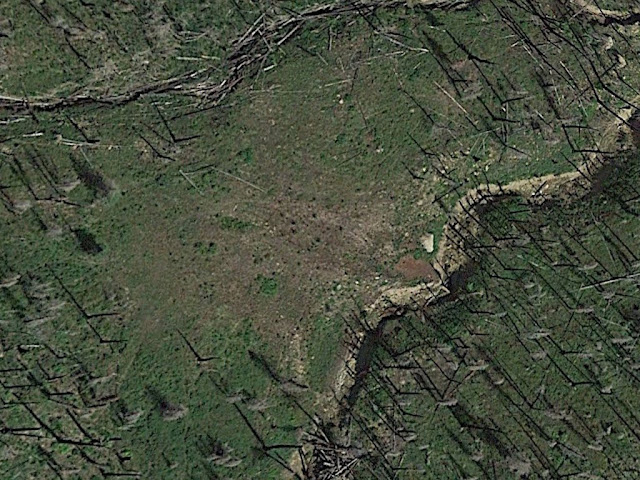 Near the mouth of the canyon I checked out a trail that I’d noticed in Google Earth that climbs the southern ridge. It wasn’t there before the Seeley Fire in 2012, so I’m guessing it was created for firefighting efforts or post-fire mitigation. All along the trail were lots of big, ripe raspberries! I probably spent more time stopped to pick raspberries than actually hiking on this short trail. The trail ended in a clearing on top of the ridge, so I returned to the bottom of Mill Canyon and continued up the main trail. 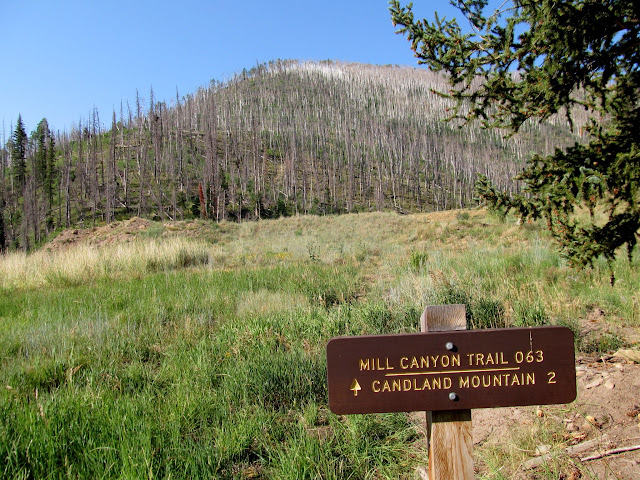 Steep trail up the south ridge 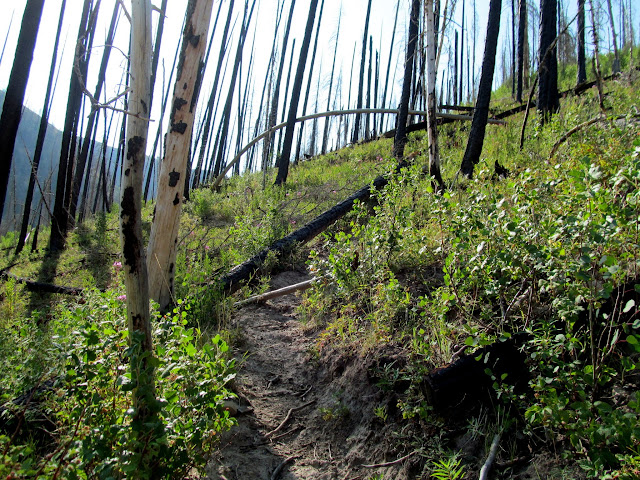 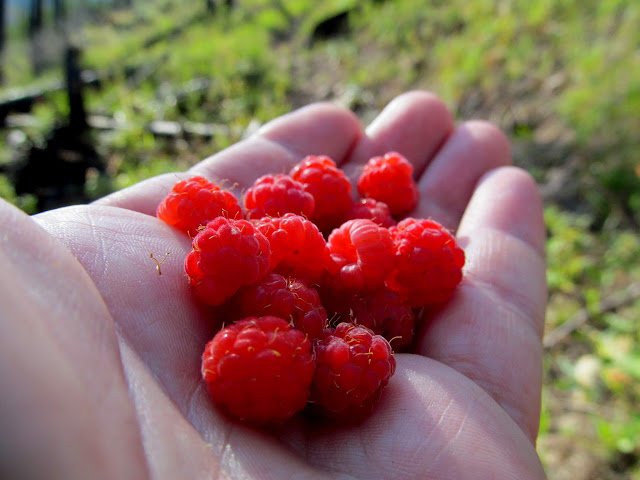 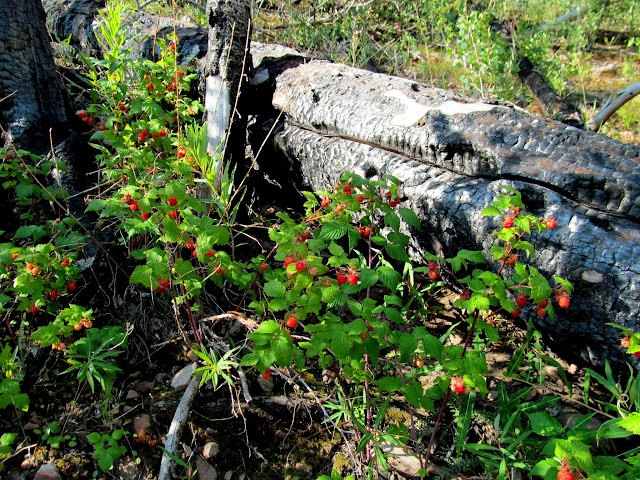 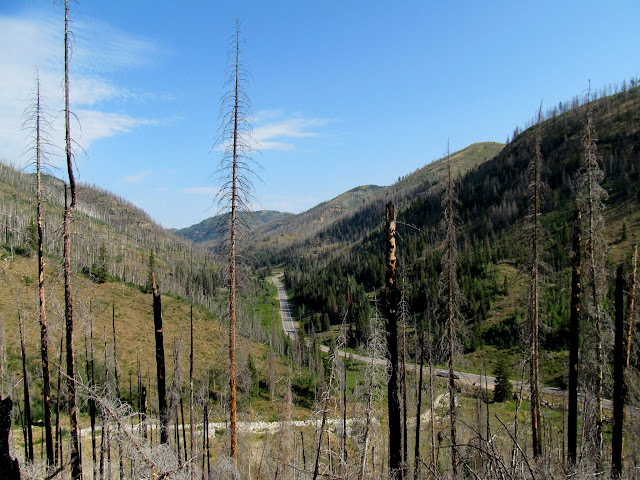 Clearing on the south ridge 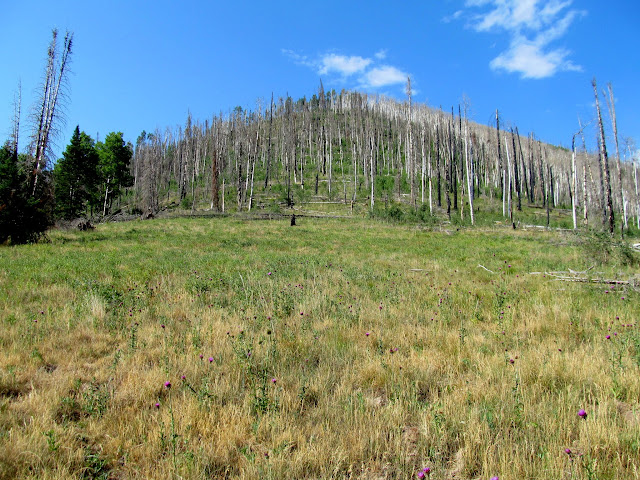 I made quick progress up the trail, but since the sawmill location was off the trail, at some point I had to leave the trail and start bushwhacking. For over a third of a mile I hiked directly up the watercourse, which had been scoured out by flash floods after the wildfire, and it was filled with downed trees. It was a lot of work thrashing my way up the canyon and it took me over half an hour to reach the sawmill site. 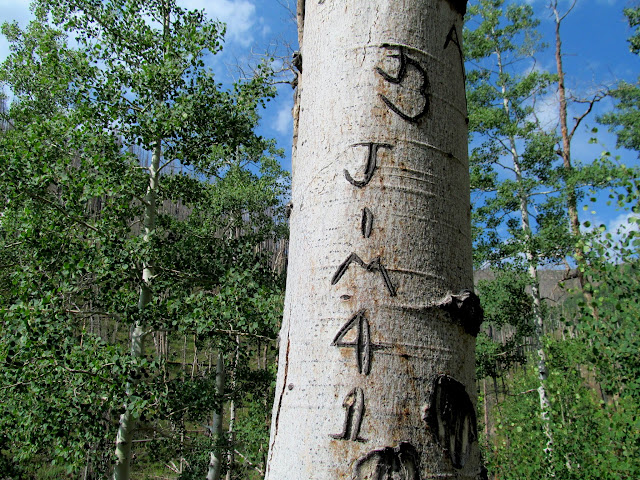 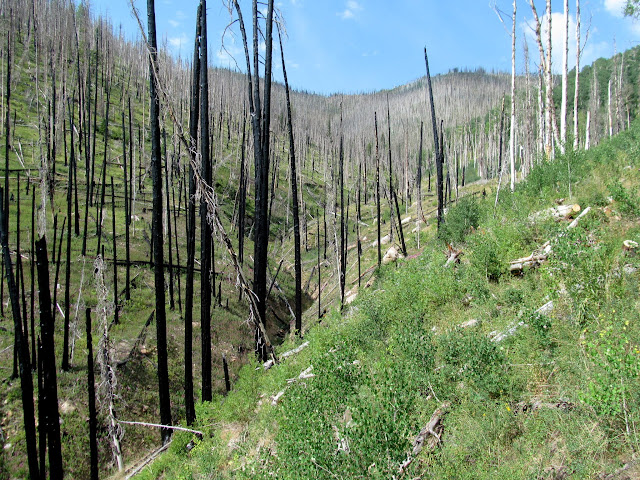 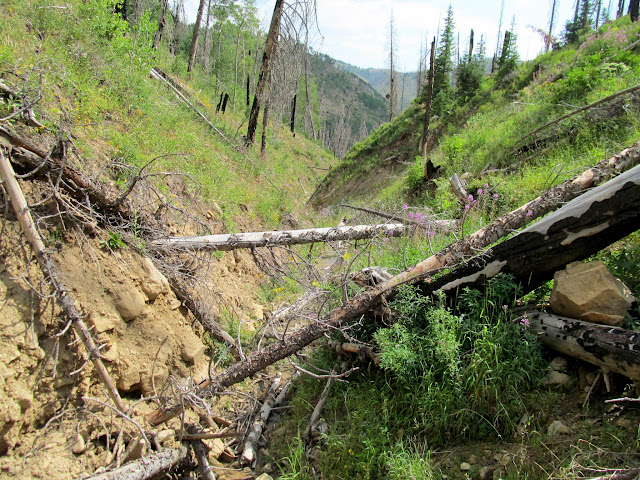 More fallen trees right before I climbed out 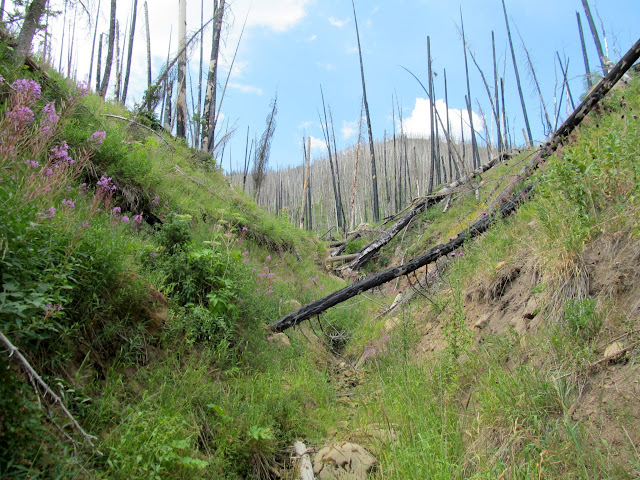 Unfortunately, there wasn’t much to see there. Before the Seeley Fire there was an enormous pile of scrap lumber (visible in older satellite imagery), but now there’s only a little bit of lumber, a thick layer of sawdust, and a few chunks of metal. While I was checking out the area I noticed a moose and her calf a few hundred feet away. Their full attention was on me, and I kept looking over my shoulder to make sure the mama didn’t see me as a threat and get too close. After searching the area thoroughly, I left somewhat disappointed that there wasn’t more left of the sawmill operation. Instead of the rough hike back down the watercourse, I opted to hike straight up the hillside toward the trail above, which was pretty steep and shwhacky but still much easier than the approach I’d taken. It was nice to scratch that itch and cross one more spot off my list.

Clearing where the sawmill once stood 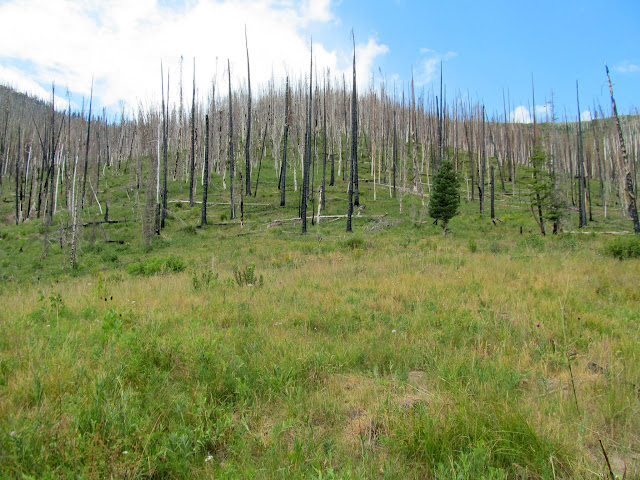 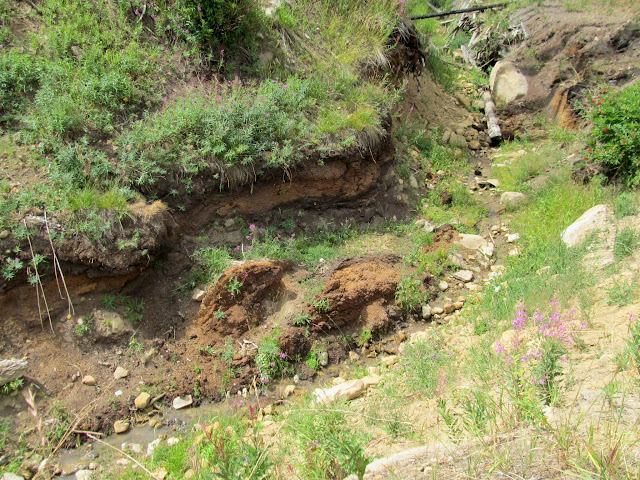 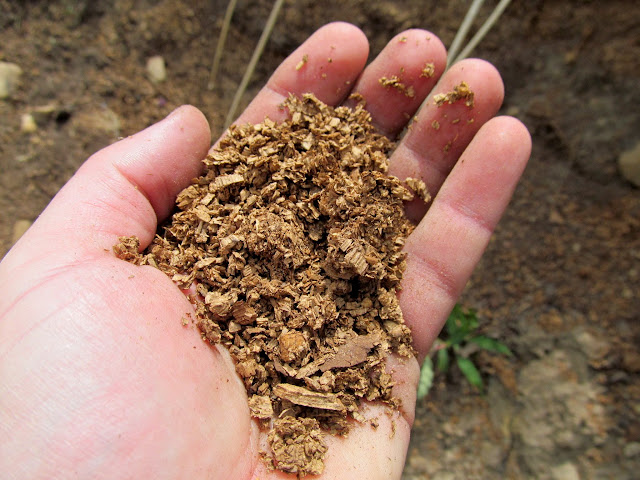 Sawdust up to four feet thick 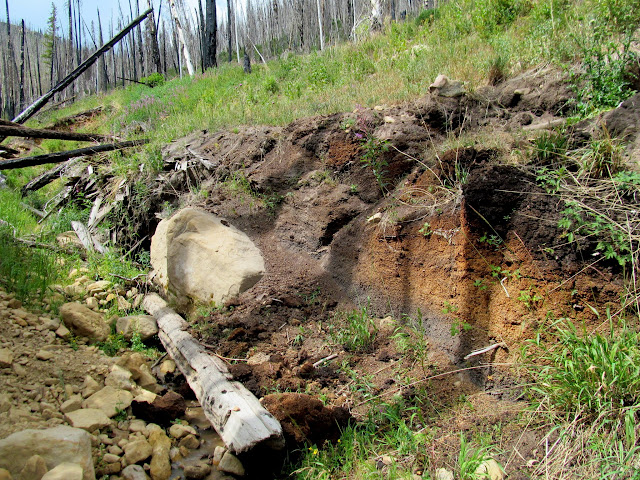 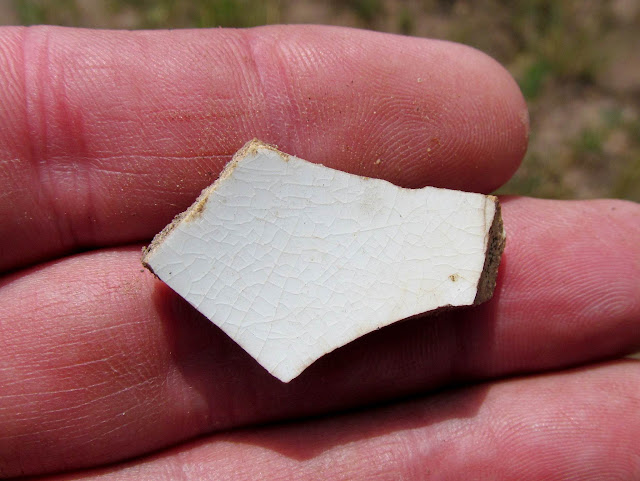 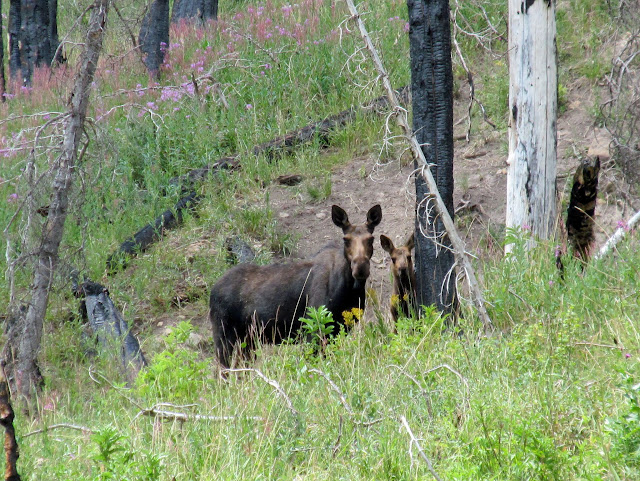 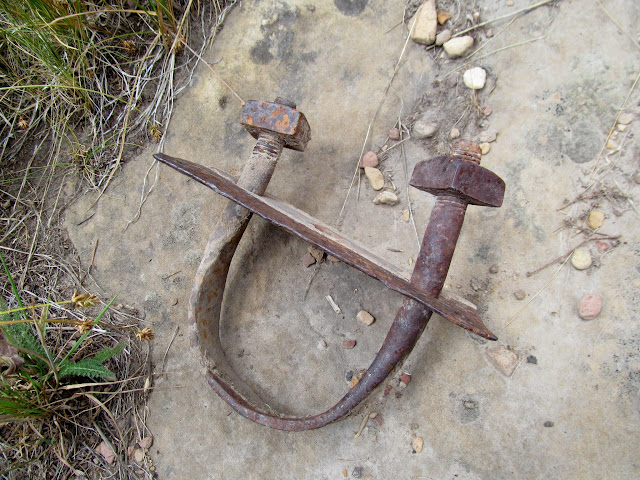 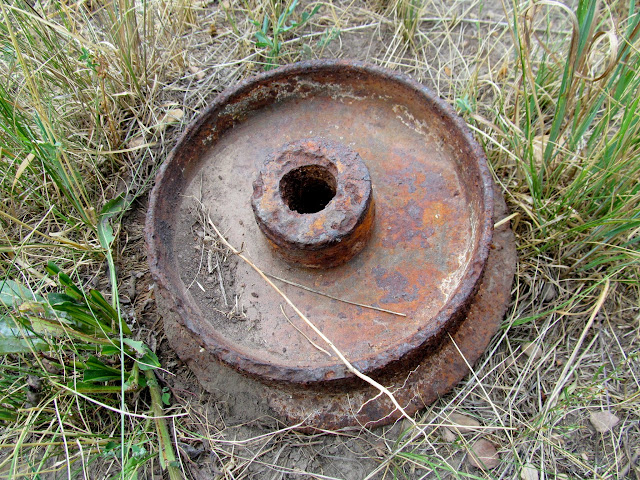 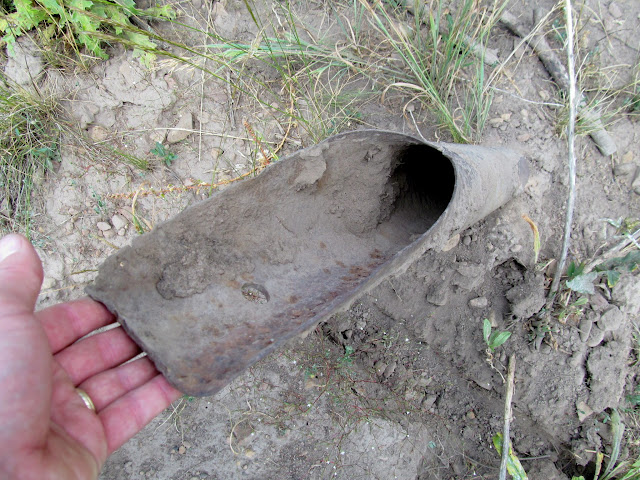 Depression dug into the ground 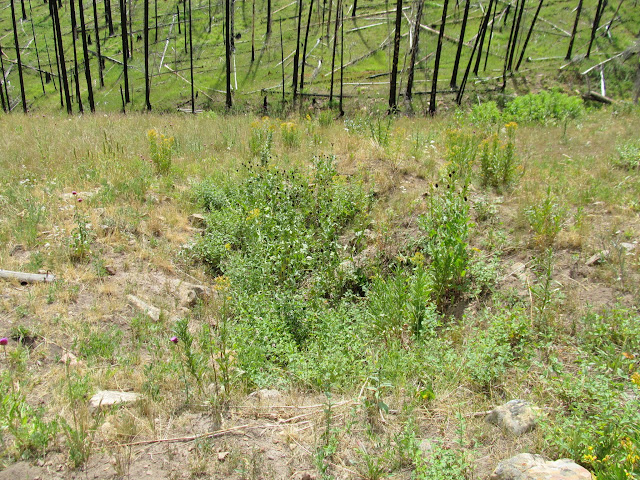 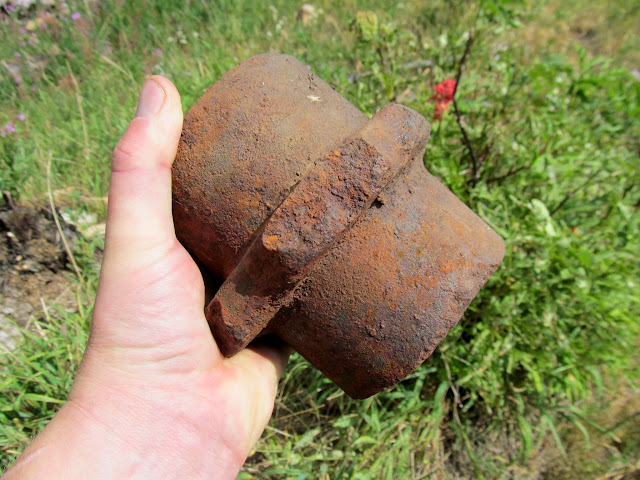 Horsemen on the trail above me 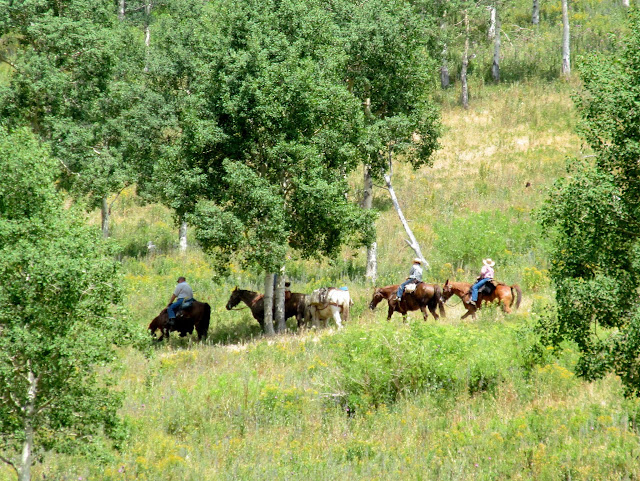 Bushwhacking back to the trail 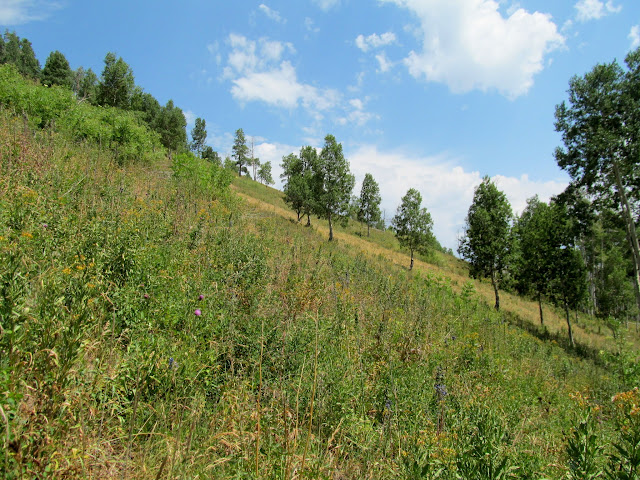 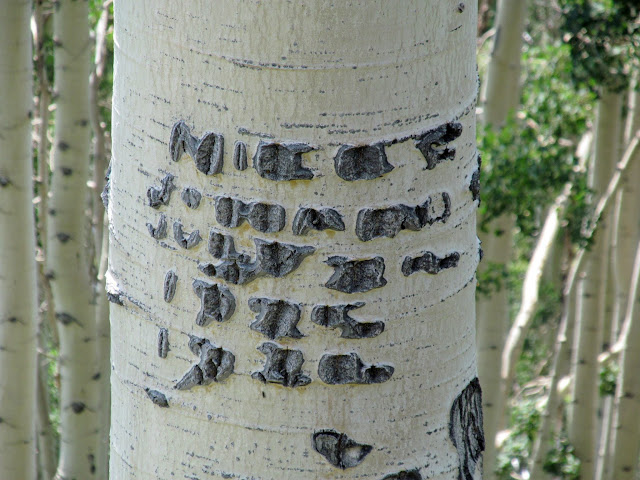