This was supposed to be an overnight trip during which I’d planned on hiking the South Summit Ridge to Kimble and Turner Peak in the Henry Mountains the next day, but car troubles caused me to head home early. I started out by driving up the Sawmill Basin Road from Hanksville toward the Henrys. I’d driven this road to Bull Creek Pass before when I hiked the North Summit Ridge to Mount Ellen Peak, but this time I had coordinates to some points of interest that a friend had sent to me, and I spent the evening visiting them. I had practially no information about these points of interest–just some coordinates and a short name–and my first stop was at “Eagle Rock.” I didn’t know what to expect there, but after a short walk from the road things weren’t looking promising. Then I rounded a small hill and saw some cliffs that had potential for writings. It was over 90 degrees outside and after even this short walk the dogs were desperately looking for some shade. I got to the cliffs, Torrey and Boulder found a spot to lie down in the shade, and I found several inscriptions and some unusual carvings.

Torrey and Boulder lying in the shade 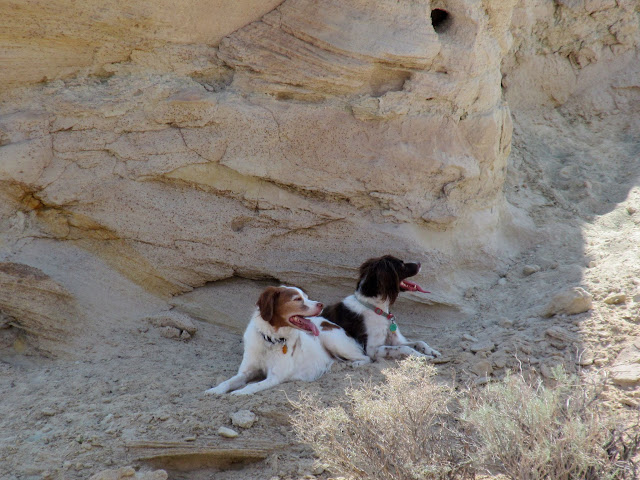 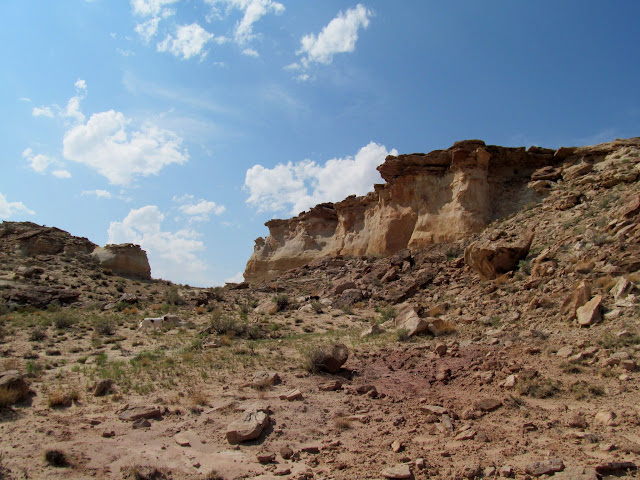 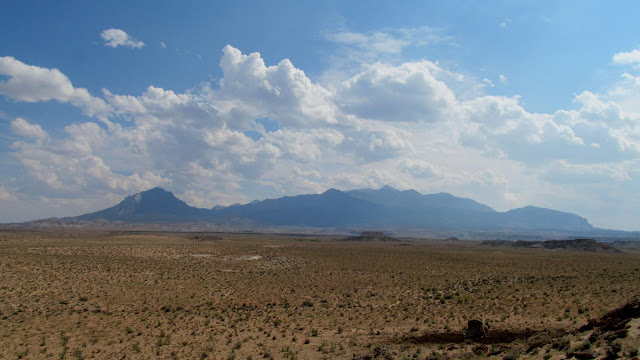 The cows really like to shit near this boulder 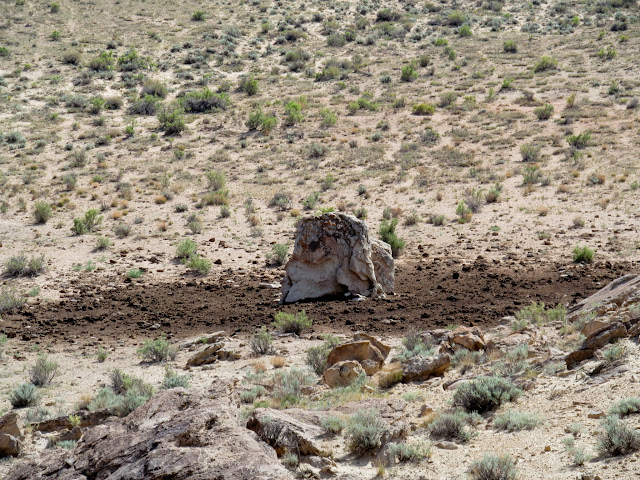 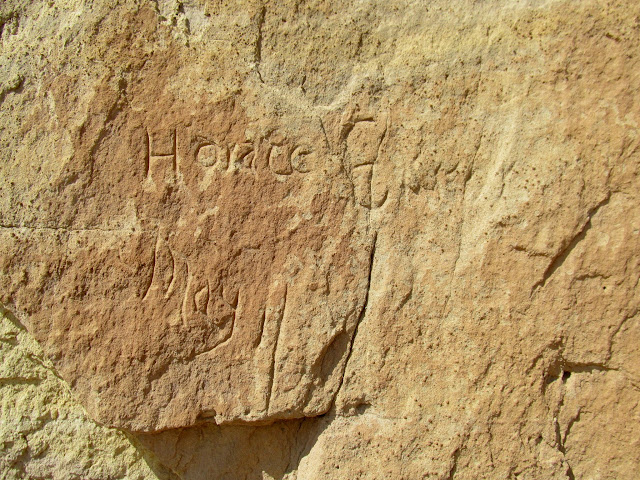 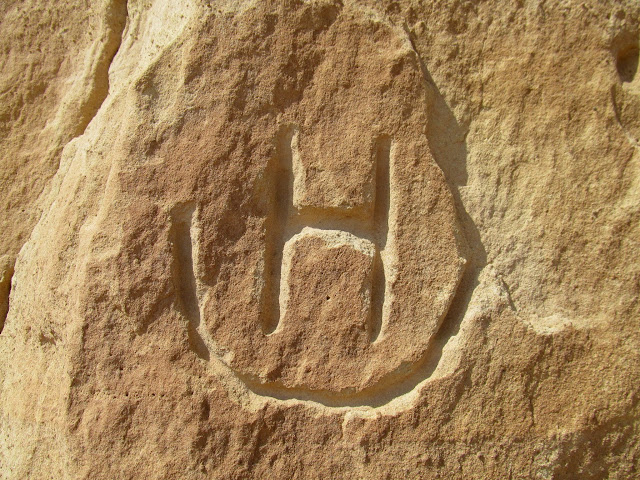 Rear view of a dog 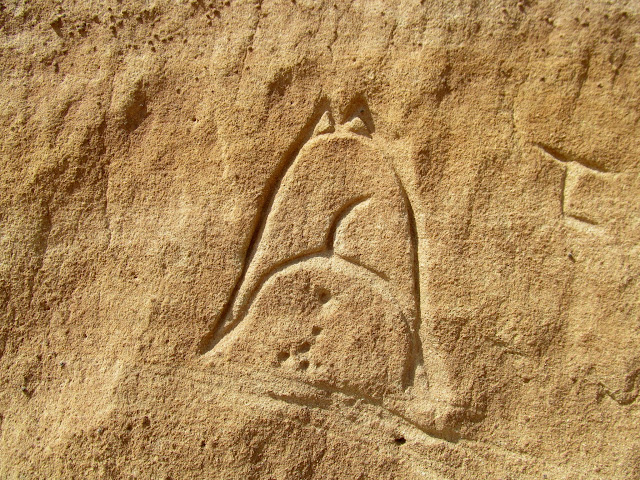 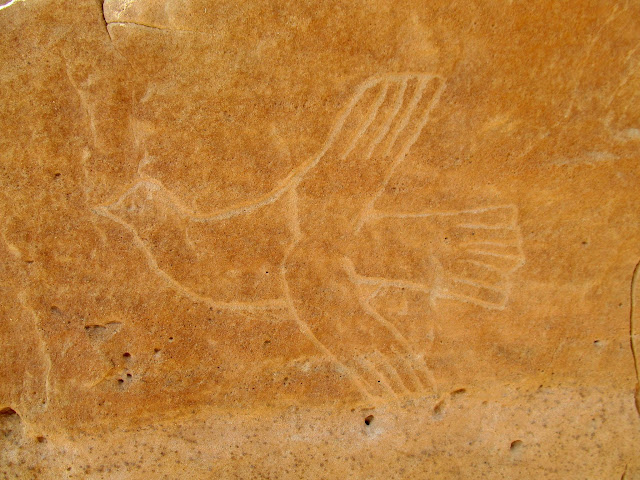 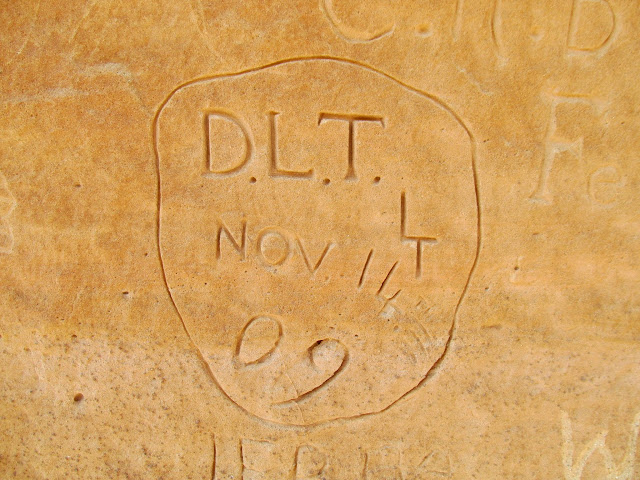 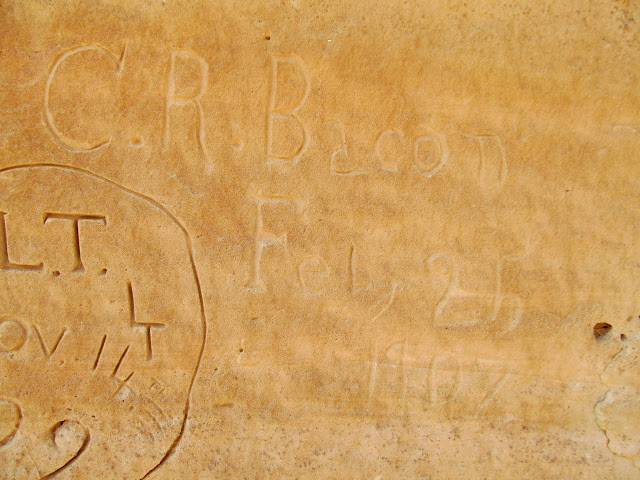 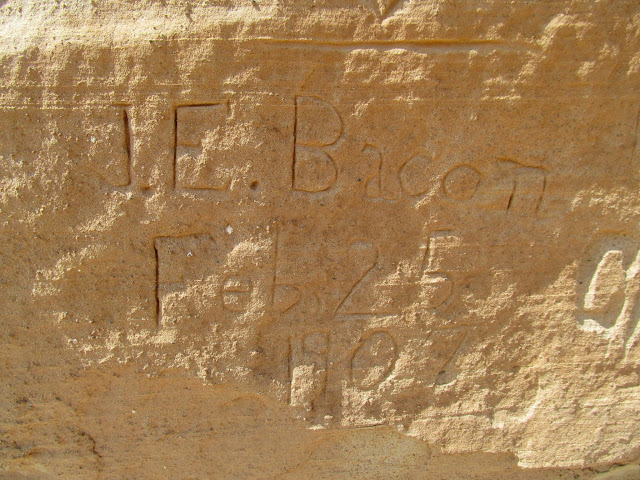 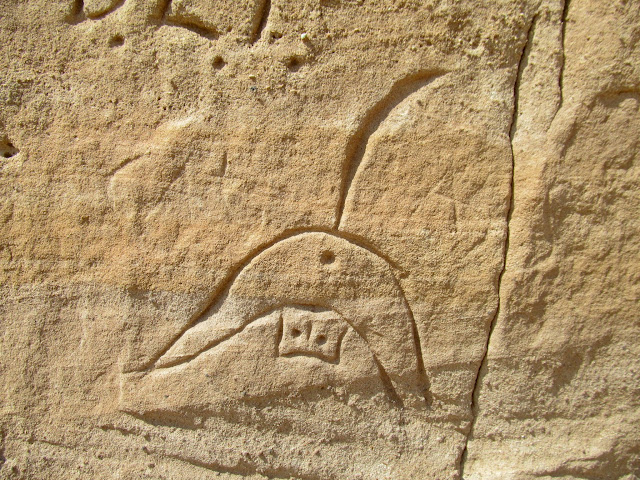 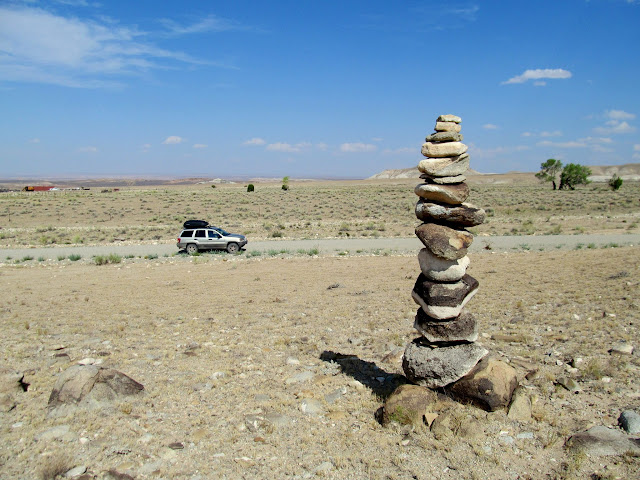 Void in a huge boulder 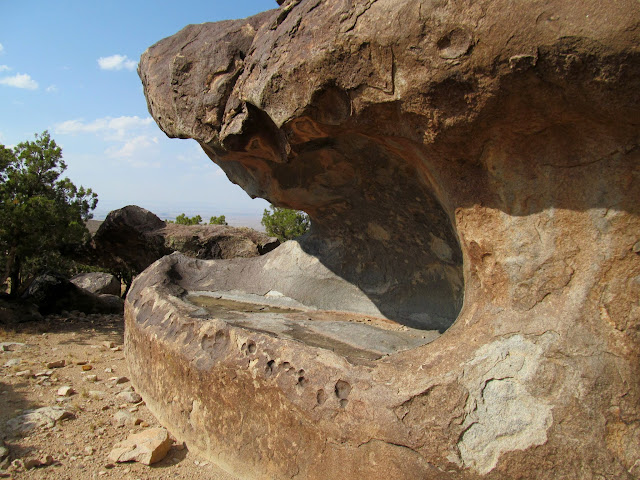 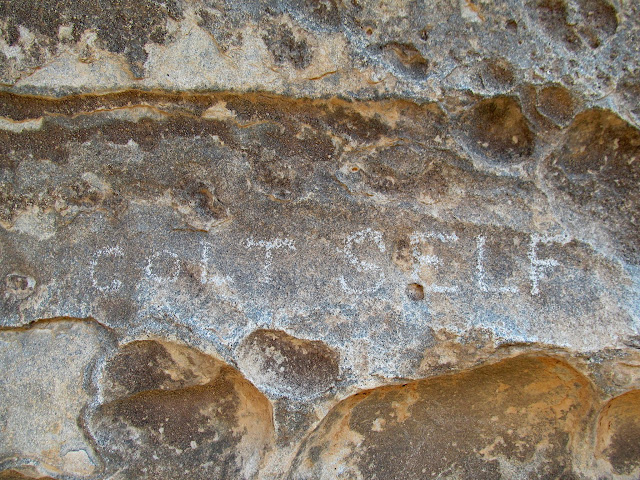 Pictograph panel on an overhanging boulder 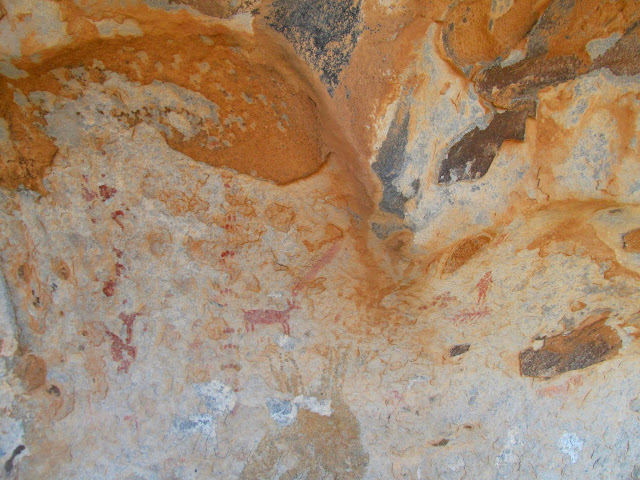 Right side of the pictograph panel 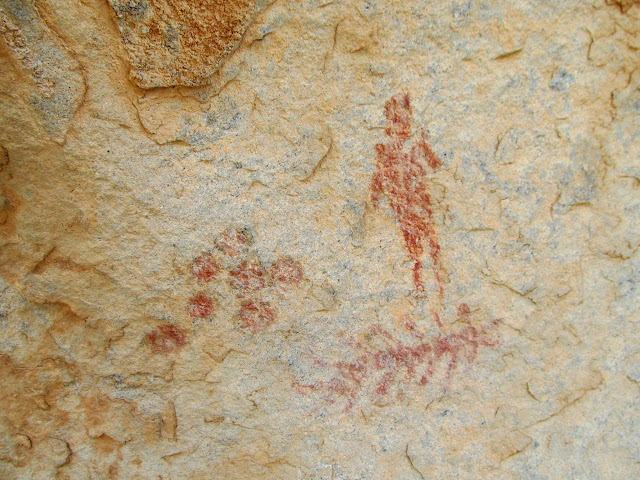 Left side of the pictograph panel 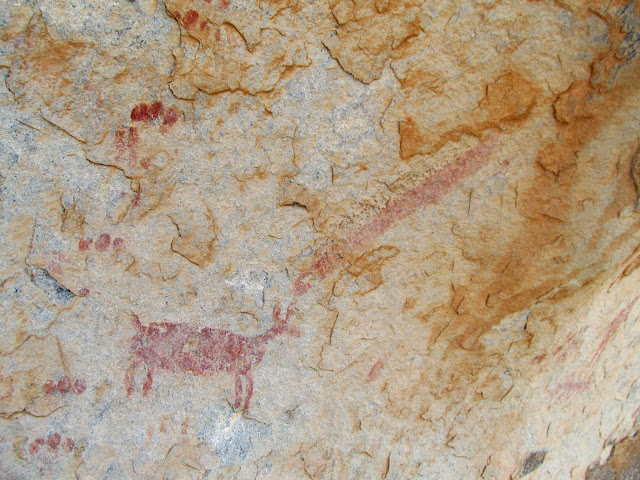 Next up was the “Dade Tomlinson Monument.” I arrived there to find the remains of the original Fairview Ranch. Besides some plaques placed by descendants of Tomlinson’s wife, Lida Ellen, all that remained were a pile of rocks that were probably once part of a cabin foundation, and an old canal running from Bull Creek to the former ranch site. 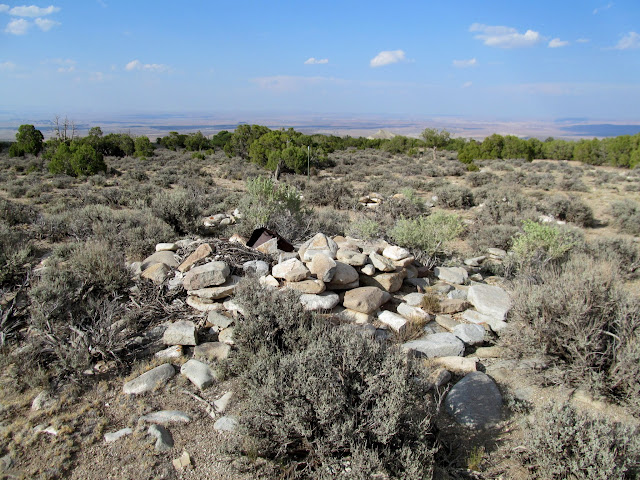 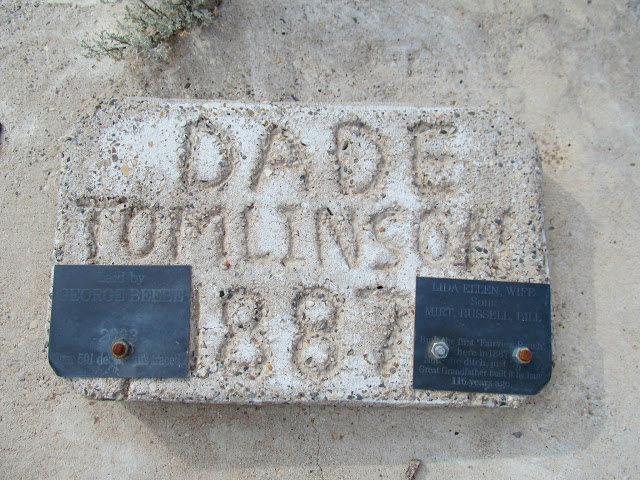 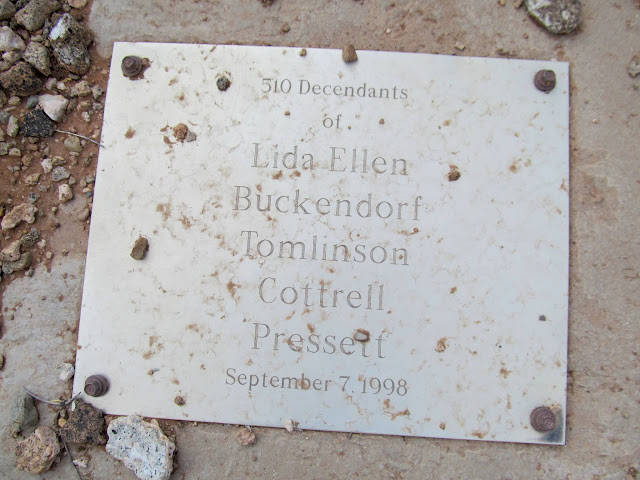 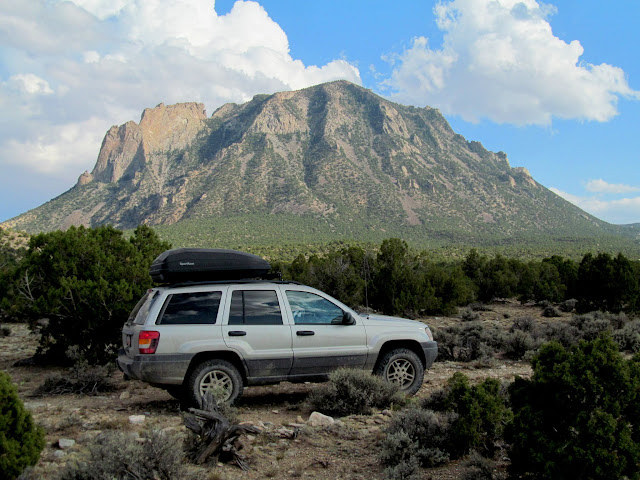 It was late enough in the evening to start looking for a place to camp. My plan was to drive toward Bull Creek Pass and find a camp spot with cell service along the way and, failing that, continue on toward Nasty Flat. It’s a long, steep climb up to Bull Creek Pass, and I stopped at Wickiup Pass to let the dogs run around and stretch their legs for a moment. As I continued toward Bull Creek Pass I heard a noise and felt vibration coming from the Jeep. It got worse as I continued to climb up the road, and I pulled over at the last switchback before Bull Creek Pass. It also seemed that when I got into the throttle there was some hesitation before the Jeep would move. I barely had any cell signal there, but I was able to get a text out to Traci letting her know I was having car problems. I drove the rest of the way to the pass and parked, hoping that letting the Jeep cool off would help things. There were a lot of deer grazing nearby just before sunset, so I walked the road and took some photos of them. After being stopped for an hour or so, I decided to drive home that evening instead of camping and hiking the next day–I was certain that I wouldn’t sleep well with the uncertaintly that the Jeep might not make it home the next day. I sent another text to Traci telling her of my plans, then started the descent back toward Hanksville. I took it easy and drove slowly, although the sound and vibration seemed to be gone. I ended up making it home without any more problems.

The dogs stretching their legs at Wickiup Pass 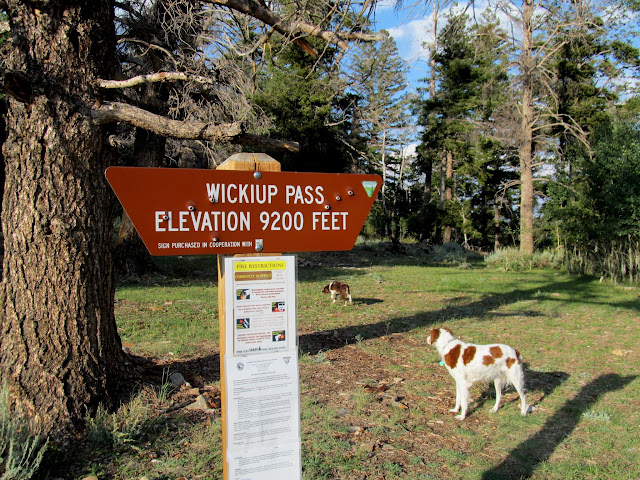 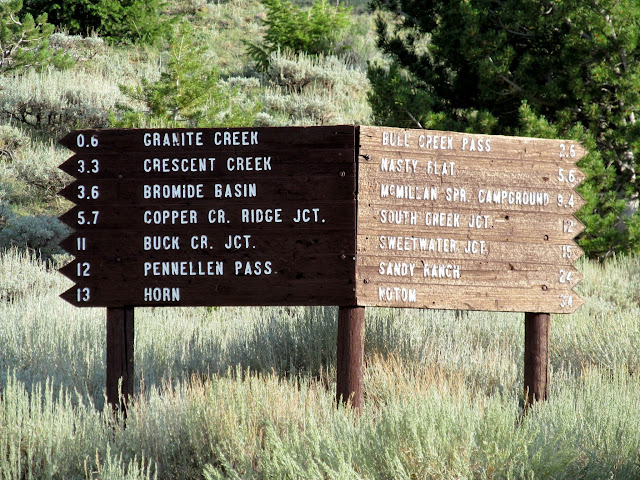 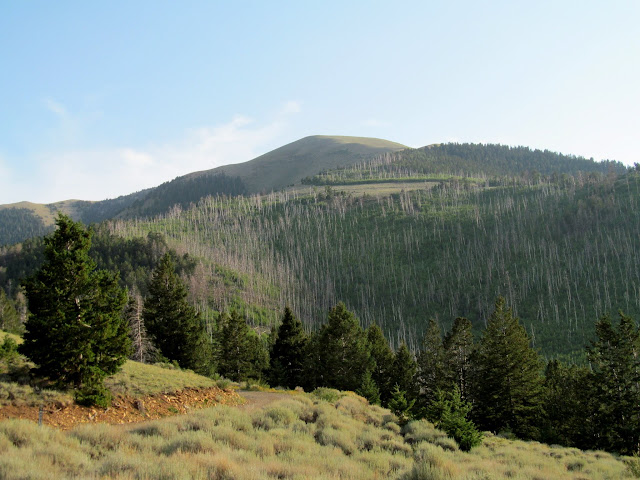 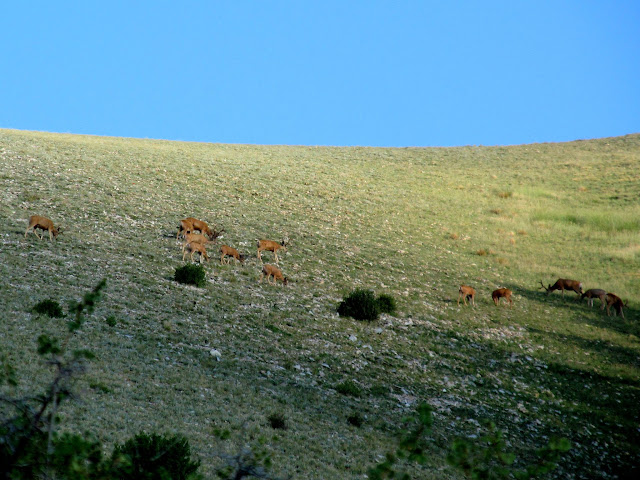 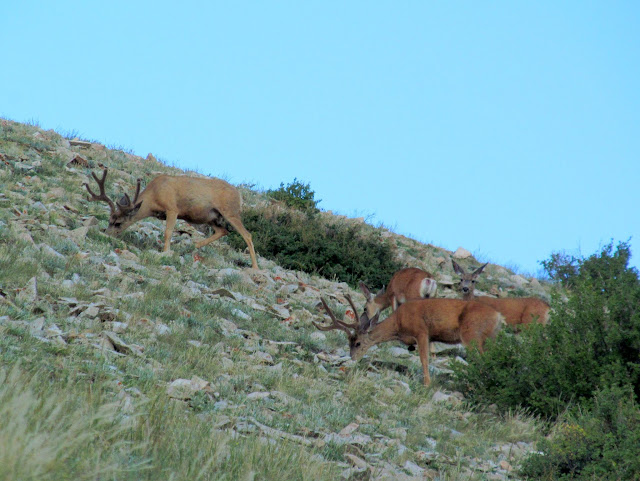 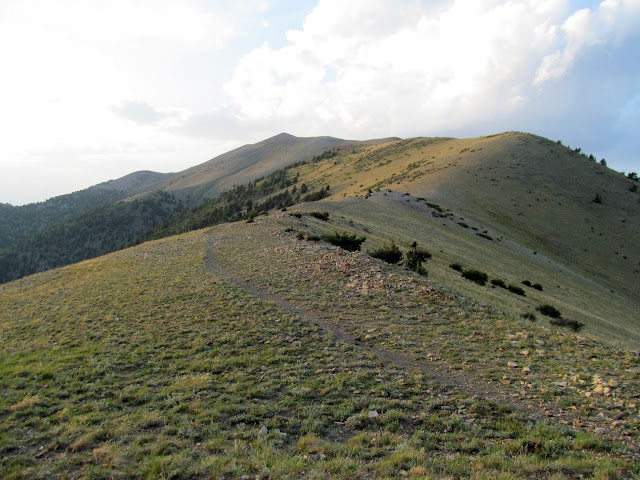 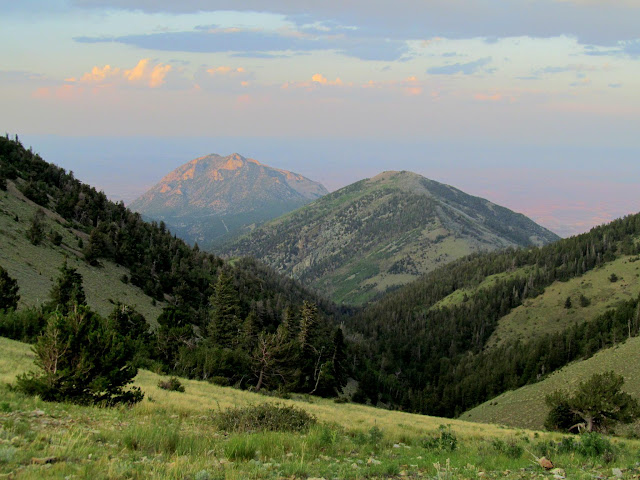 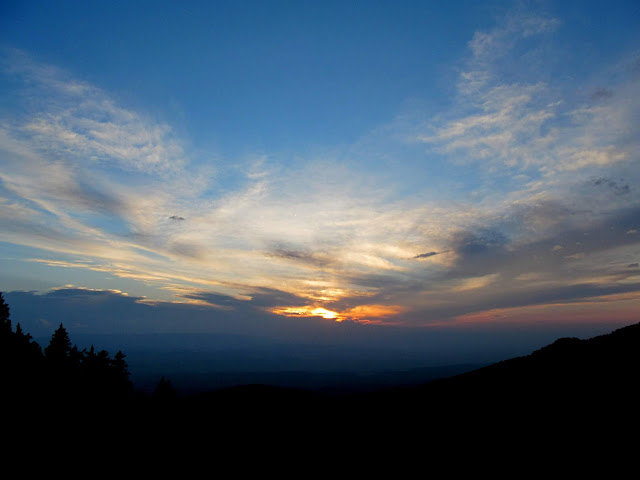 I drove the Jeep around town for several more weeks after this trip and never had any issues, so I eventually felt that it might be safe to go on another trip near Green River. I drove about 85 miles to Gray Canyon with no trouble, then camped and hiked the next day. On the way home, the noise and vibration started up again. After agonizing about what to do for nearly two hours, I decided to just drive it home and hope nothing went horribly wrong. The Jeep made noise the entire drive home but I made it without anything blowing up. During that drive home I went through all the possibilities of what could be wrong and came to the conclusion that the torque converter was going out, especially since the noise and vibration occurred even when the vehicle was in park or neutral. I took it to a transmission shop as soon as they opened after Labor Day. Luckily they went through their own troubleshooting methods and didn’t immediately begin to tear it down to the torque converter. The mechanic found that two large rocks had become wedged between the transfer case, transmission, and the skid plate/transmission crossmember. That was causing all the vibration that would normally be absorbed by the transmission mounts to be transmitted to the vehicle. I happily paid the shop for an hour of labor and haven’t had any problems since. My fingers are crossed that the issue is solved!