After having spent Friday night backpacking to Lake Blanche, Chris and I didn’t have plans for the rest of Saturday and Sunday. Then Chris asked, “Wanna go camping in a cave?” “Uhh, yeah!” was my reply. We drove into Salt Lake City and picked up Chris’ girlfriend, Dollie, and then headed toward the western shore of the Great Salt Lake near Lakeside. Along the way we stopped in Timpie Valley for the short hike to the Red Man pictograph. I had previously guessed its location based on a photograph, but Chris had actually been there before. It turned out that my guessed waypoint was only 45 feet off. 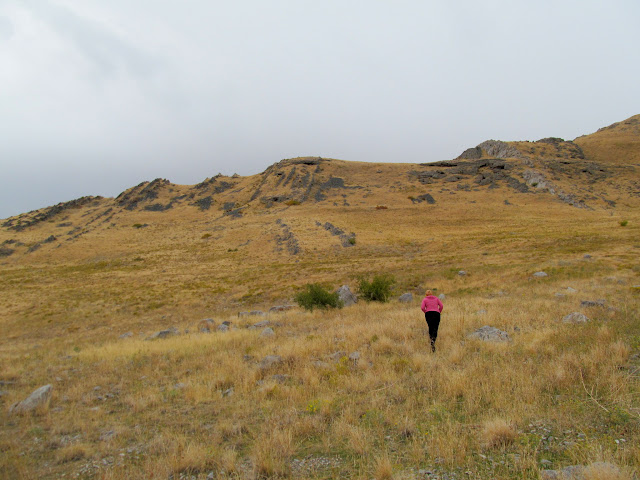 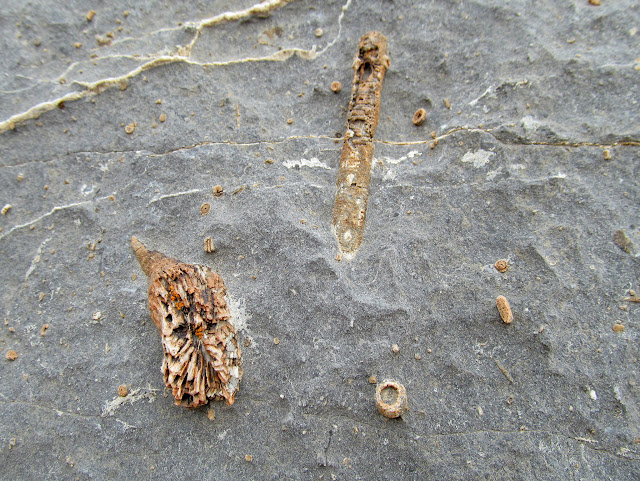 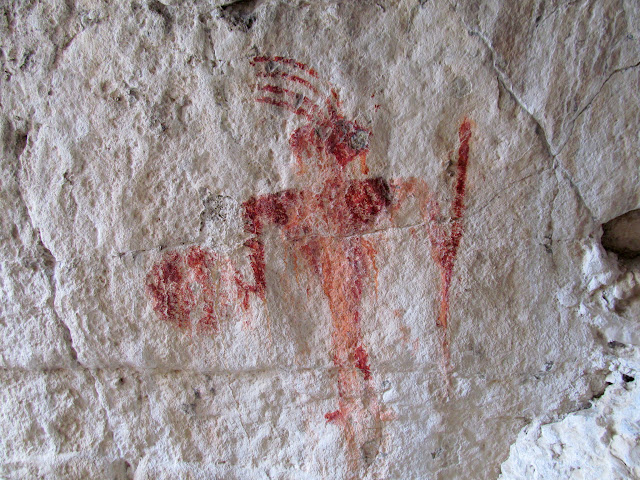 Pictograph with Dollie for scale 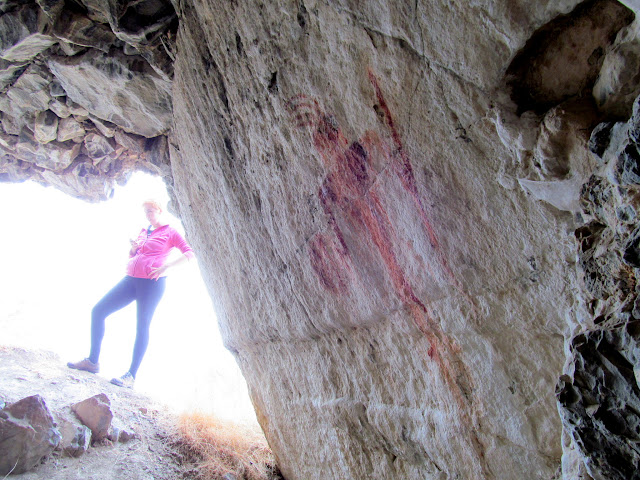 We arrived near Lakeside and had plenty of time for exploring. I parked near a natural arch that looks very much like an elephant, and Chris and I climbed to the top of Gunsight Point. We drove around for more sightseeing and then headed to the cave in which we planned to spend the night. I parked the Jeep right inside the cave and we checked the place out before hiking to several other caves that we could see. In one of the caves we found some bowling pins. Score! It rained lightly while we were hiking, and we were glad to be in the desert instead of the mountains where we’d been rained on that morning. 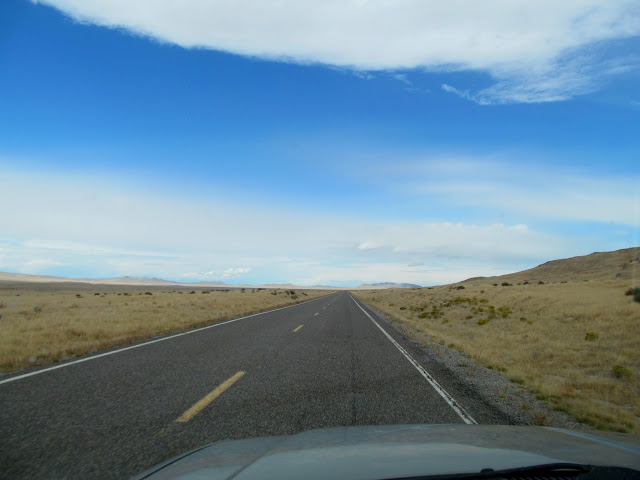 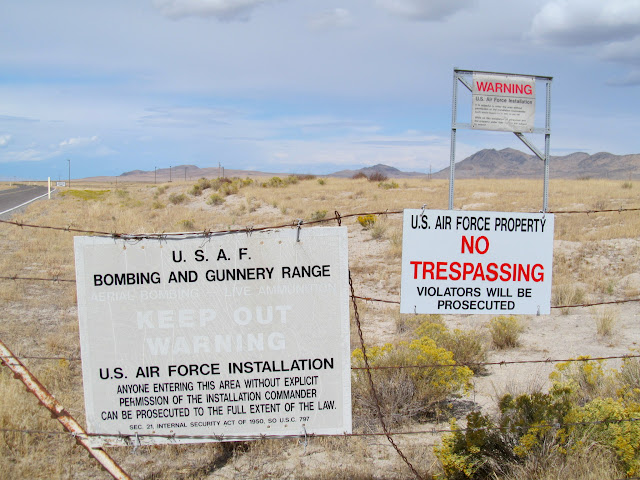 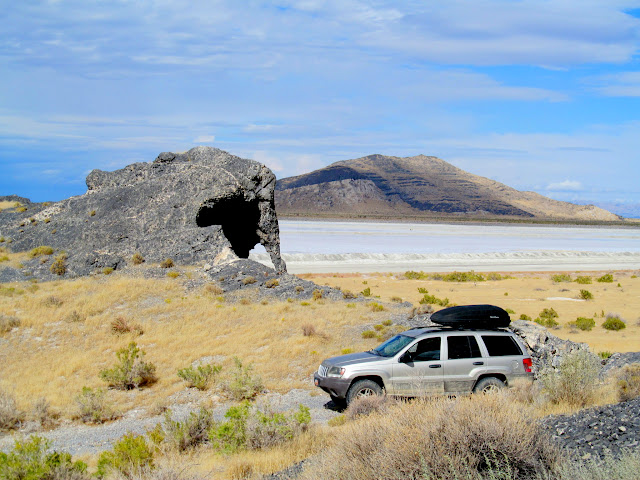 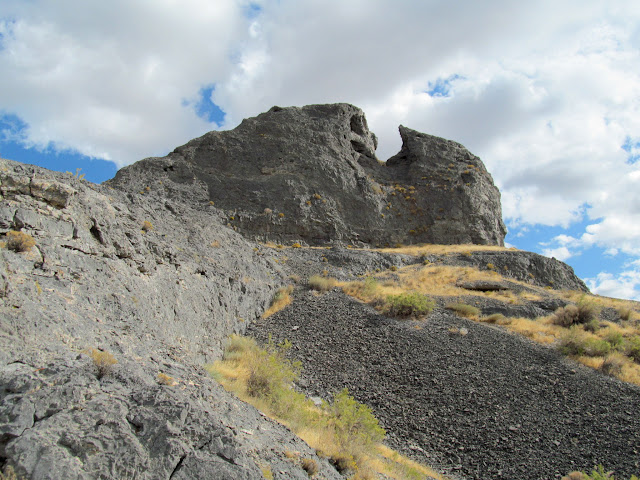 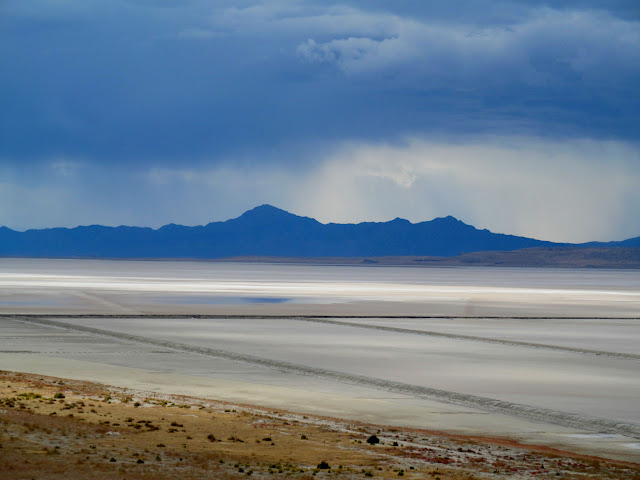 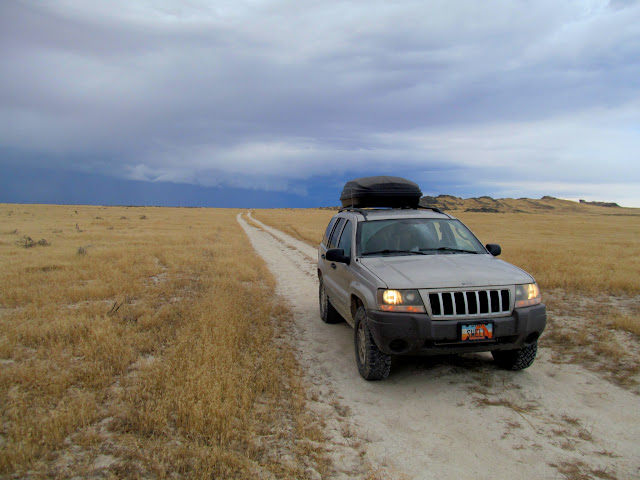 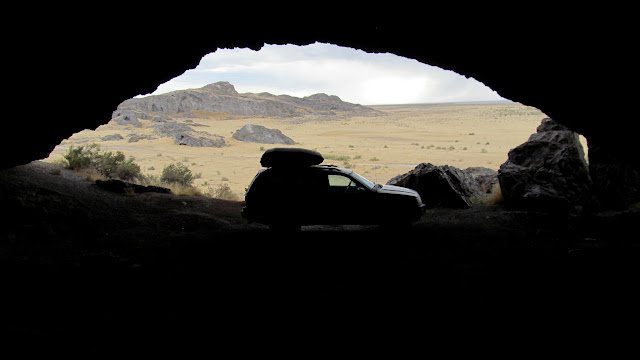 Sunlight streaming through storm clouds over the Newfies 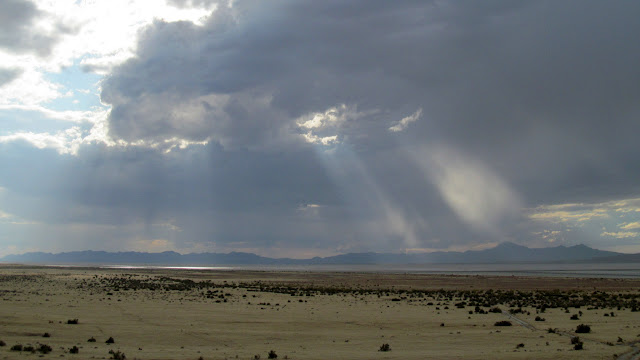 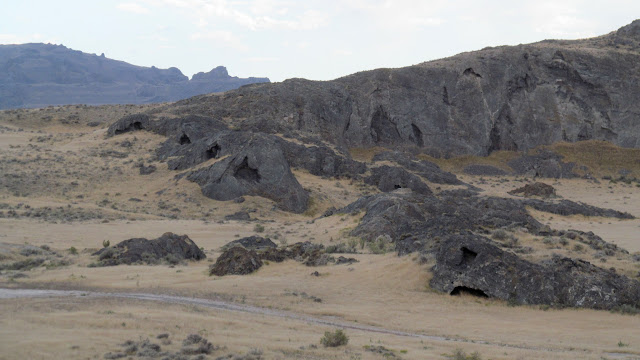 Bowling pins in a small cave 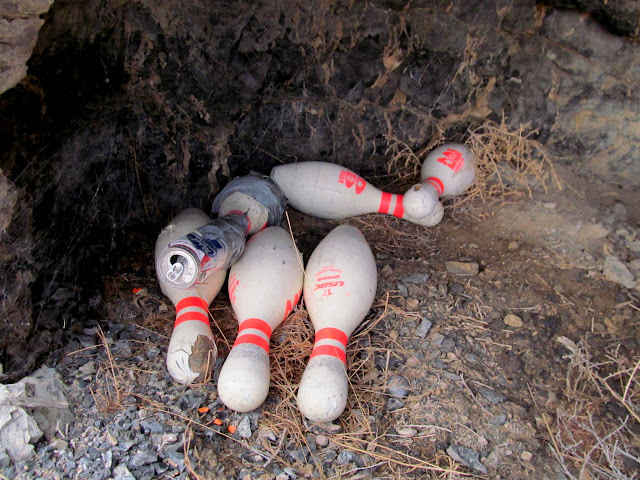 Lakeside cave through the rain 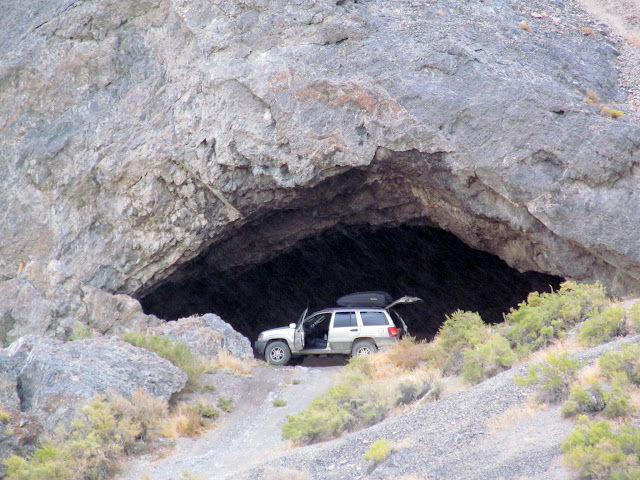 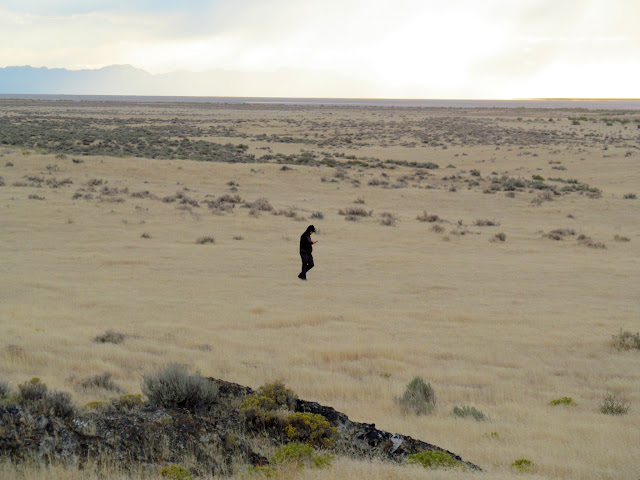 At dusk we retired to our cave, ate dinner, sat around a fire, and just enjoyed the evening. 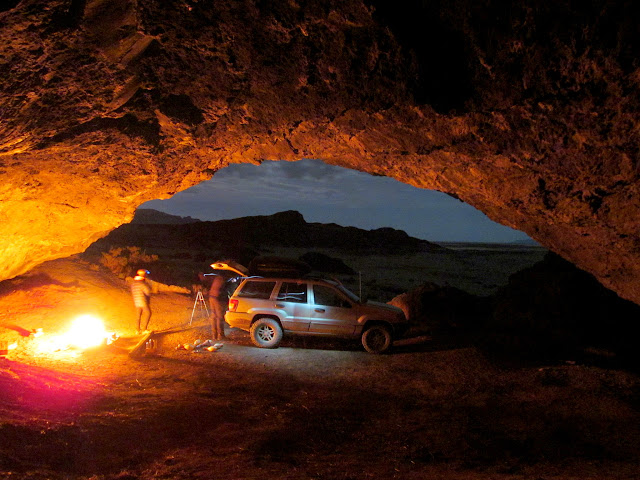 Chris in the cave 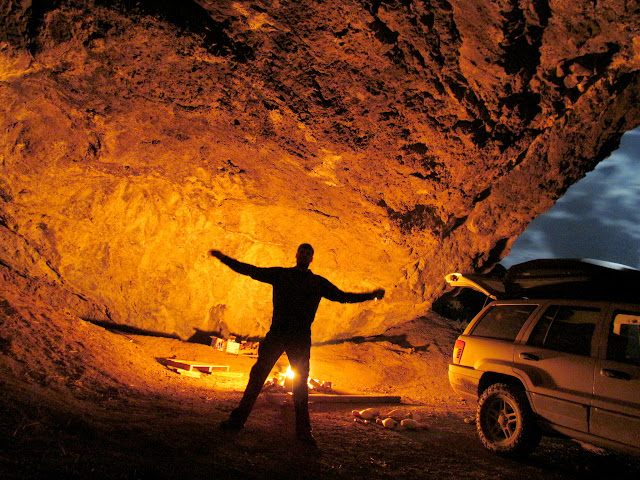 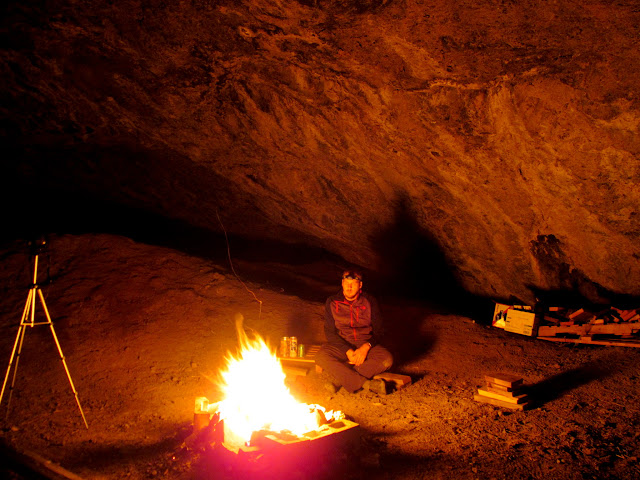 We all slept in ’til after 9AM. It’s unusual for me to sleep in that late while camping, but the darkness and protection from the elements provided by the cave made it easy. And it felt good! After breakfast we drove around the Lakeside area some more, looking for geocaches and taking in the sights. Near Fixit Pass there was a corral made of railroad ties, which we searched and found a couple of date nails from 1927.

Morning in the cave 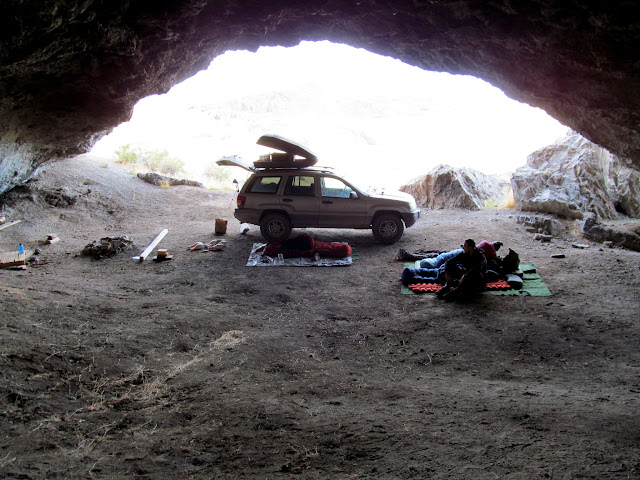 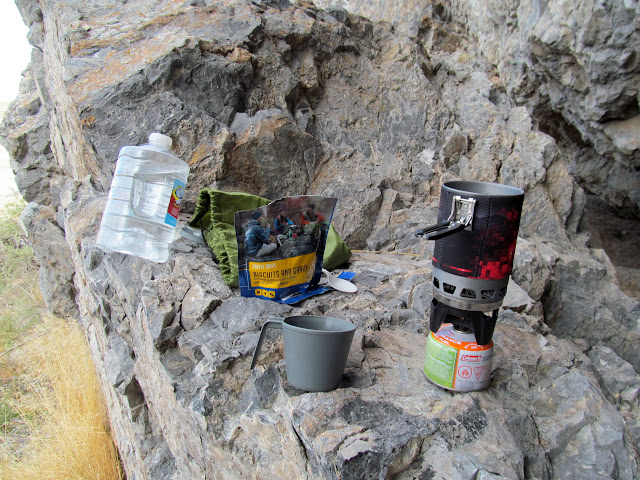 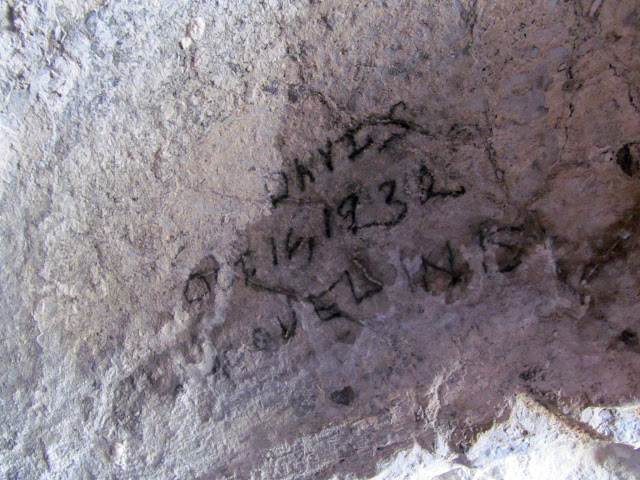 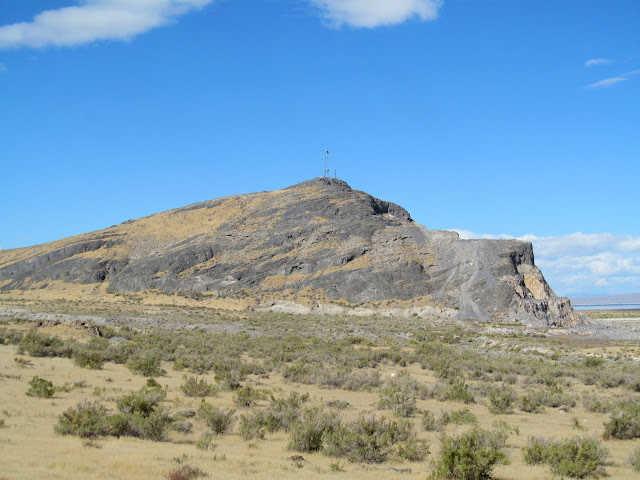 Date nail in a corral near Fixit Pass 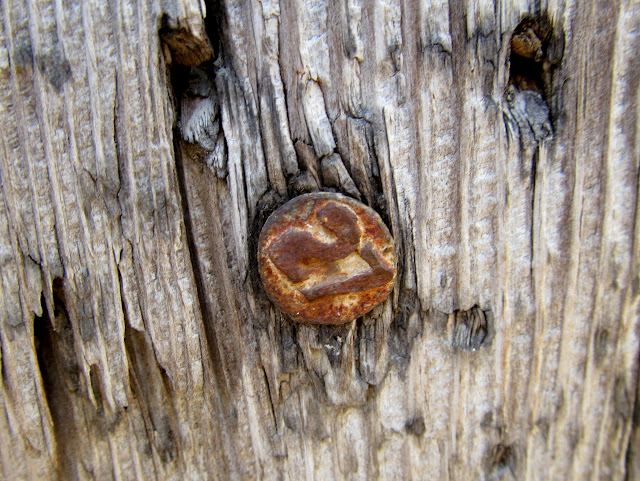 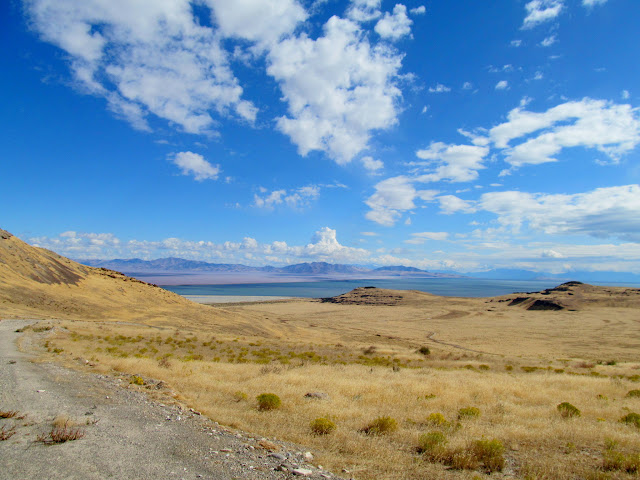 Since I had about four hours of driving to get home, we started heading back a little early in the day. I dropped Chris and Dollie off in SLC, and then drove south toward home. I ran into rain in Spanish Fork Canyon which washed two weekends worth of mud off the Jeep, and it was snowing at Soldier Summit. It had turned out to be an excellent weekend, with an interesting variety of geography in a different area of the state than I’m used to.