One of the things I envisioned when I bought a dirt bike was being able to ride and camp along the route. Friday after work I left for just such a trip, close to home on Cedar Mountain. There’s a geocache there whose owner is no longer involved in geocaching, but the container was in need of replacement and it made for as good a pretext as any for me to head out. Earlier in the week I’d gathered all my usual backpacking gear, carefully packing only the absoulte necessities in order to keep the weight down. My bike is underpowered enough carrying just my bulk without bogging it down further. I pulled out of the driveway at 4PM and followed my planned route on mostly back roads until I hit the gravel road near Elmo. I stopped briefly at Victor Cemetery where a pair of pronghorn watched me curiously. By 5:30 I was at my camp spot on the rim of Bull Hollow. I set up my tent and guyed it out using large rocks since there was no dirt in which to pound stakes on the conglomerate bedrock.

Ready to roll out 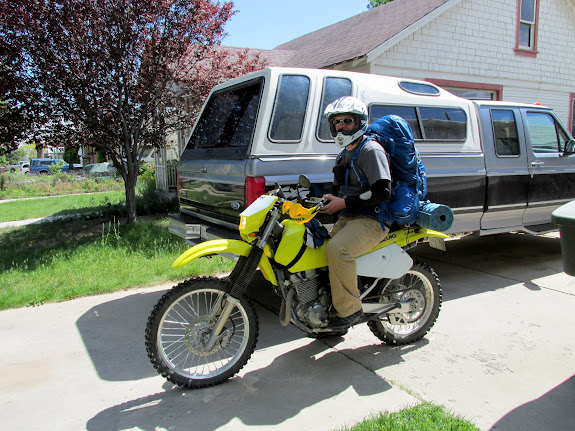 Pronghorn near the Victor Cemetery 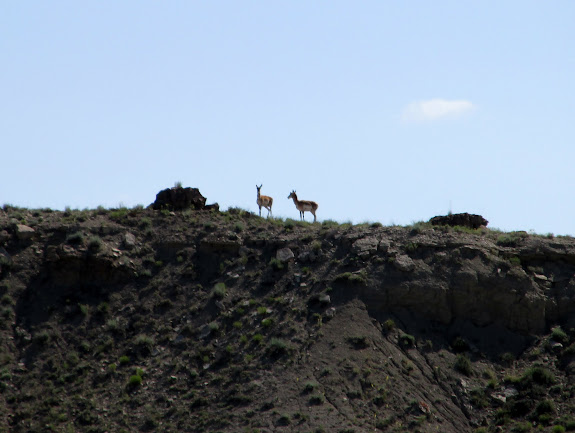 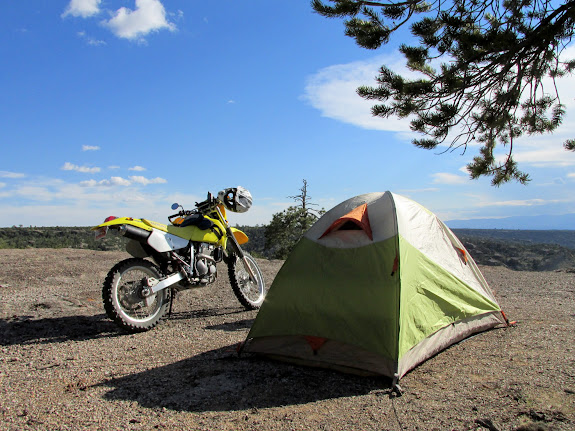 I had plenty of time to kill before dark and I hiked down to the geocache to replace the container. My camp was a few dozen feet from the cache, but with a cliff between the two it took a circuitous route to get there. The original container–an ice cream bucket placed 12 years ago–had lasted surprisingly long in the elements. It had become brittle, and no single remaining piece was longer than a couple of inches. I saved what I could of the original contents and packed the rest of the junk out, leaving the original logbook (however badly weathered) for future finders to thumb through. This geocache is a favorite of mine and I’d been there twice before, but each trip was just a there-and-back. This time I explored the area a little, scrambling over and between huge, building-sized chunks of conglomerate that had calved off the mesa. 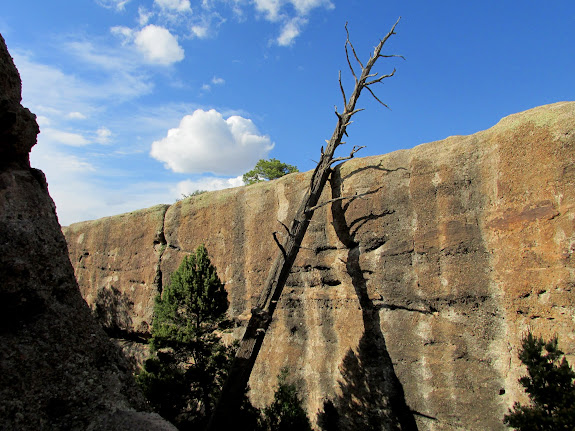 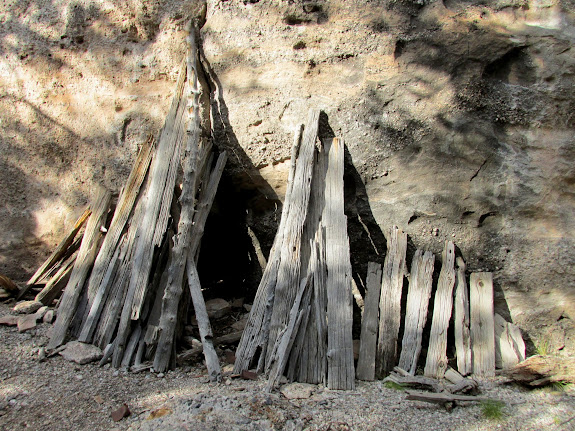 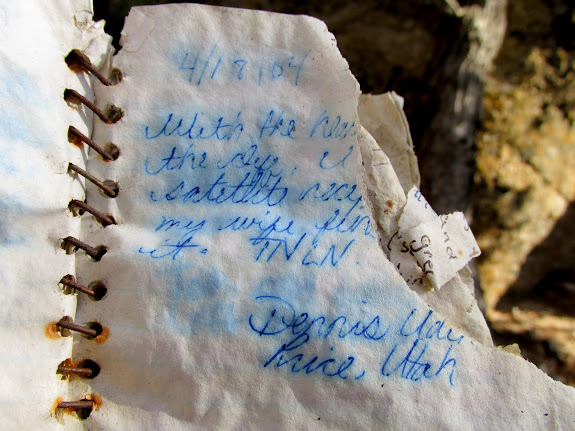 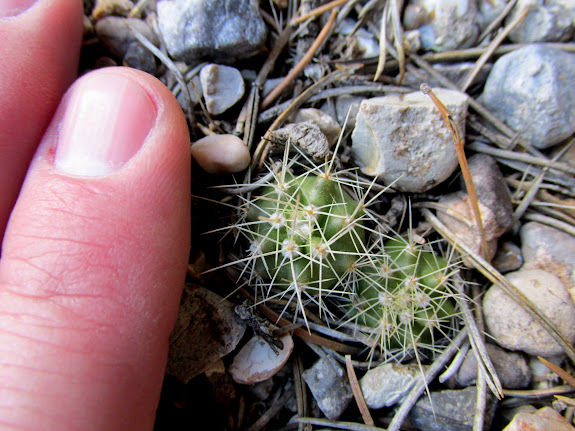 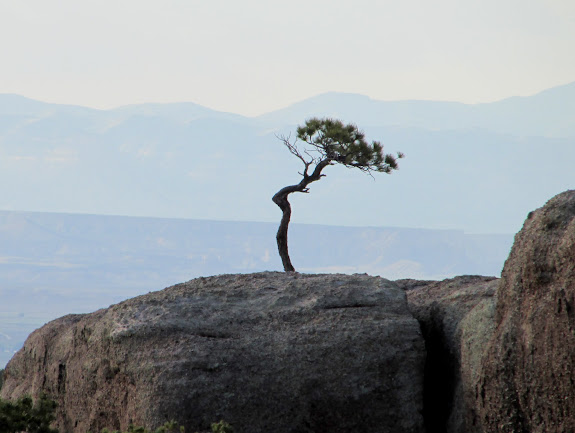 Returning to my camp, I boiled some water for dinner and set up a bed in the tent. I really wish I’d brought a book or magazine to pass the time until bed time. I spent the evening watching the changing sky and listening to the various animals around me. Surprisingly I could hear toads–mostly to the west down in Bull Hollow–making low *whooomp* sounds. I also heard some large animals, either cow or deer, making some sort of bleating or bugling sounds to the east on the plateau. I’d never heard anything like that and it freaked me out a little at first. I had good cell service and a good charge on my phone, so I occupied some time reading forums and news websites. I almost always have music playing when I’m at home but I prefer not to while camping. However, that often leads to getting songs stuck in my head, and this evening, for some reason, it was the Alan Parsons Project’s Eye in the Sky. Ugh. 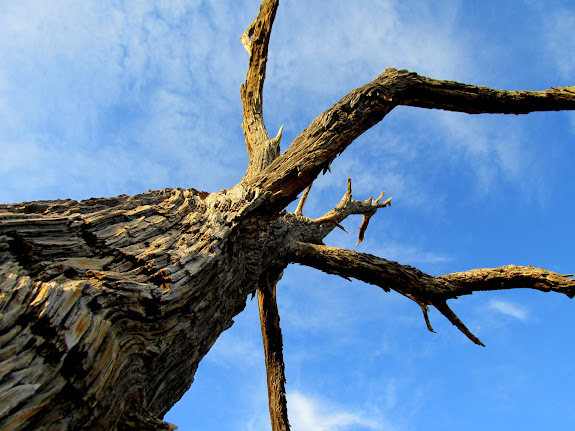 Bird perched on the dead ponderosa 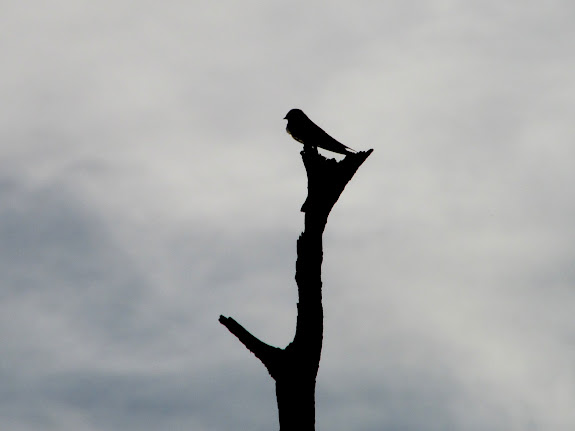 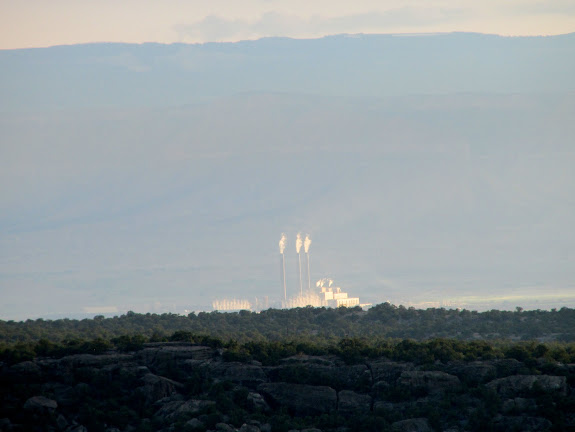 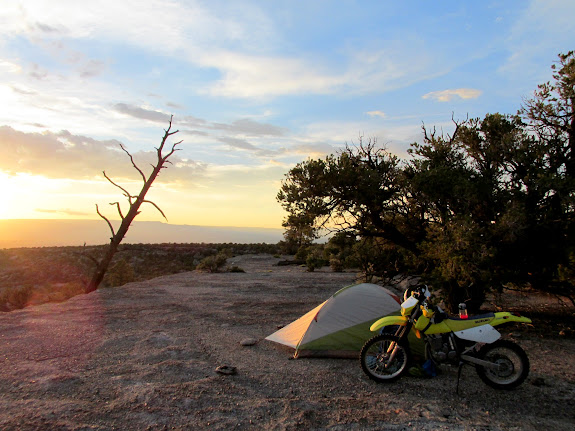 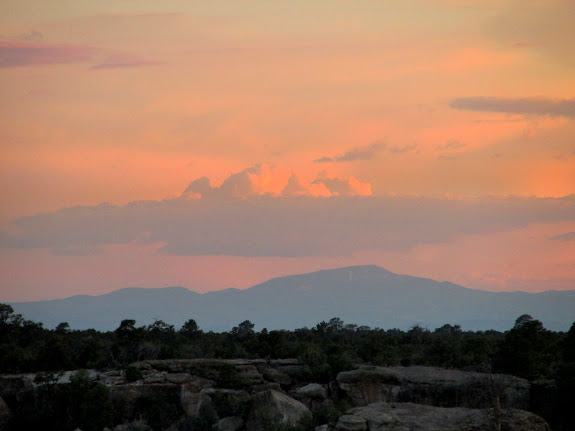 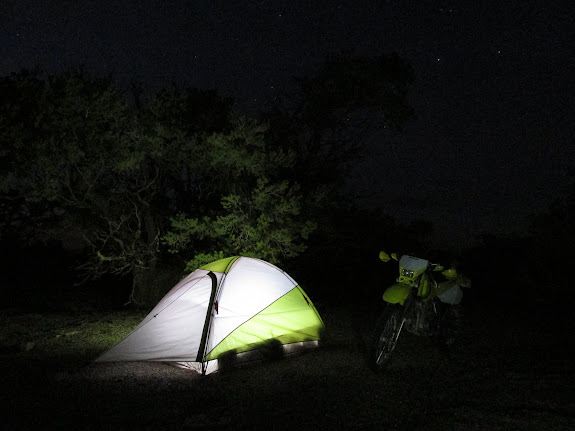 I turned in at 10:30 and slept fitfully through the night. I was either too warm or too cool or just uncomfortable on my flimsy camp pillow. Once while dozing off I was was roused when a nearby noisy cricket stopped chirping, and I was preoccupied with thoughts of why it stopped. At 6AM it was becoming light and I knew I wasn’t going to get any more sleep. I got to work heating water for coffee and then found that somehow I’d left breakfast at home. Instead I ate a granola bar while I sipped my coffee and watched the sun rise. I packed up camp and hit the road at about 7:15. Consulting my GPS, I took a slightly different route home. I passed through Cleveland, Elmo, Miller Creek, Ridge Road, Highway 10, and I was home by 8:30. Traci was awake in bed when she heard me pull into the driveway and came to greet me with the dogs, who were happiest of all to see me.

Sunlight on Red Point at dawn 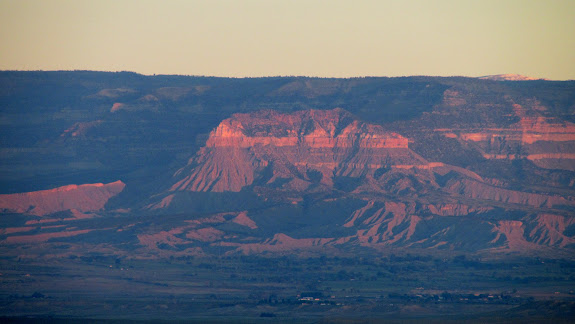 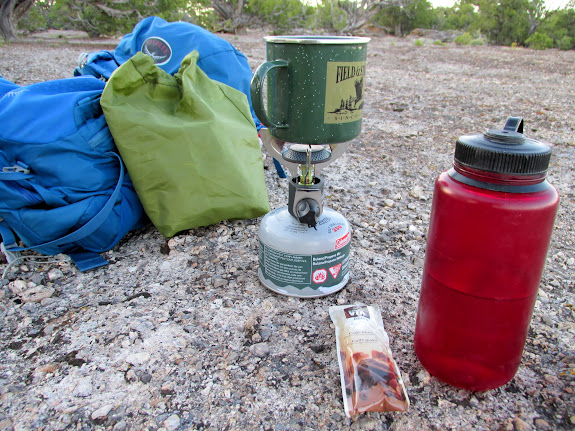 My gear before packing it up 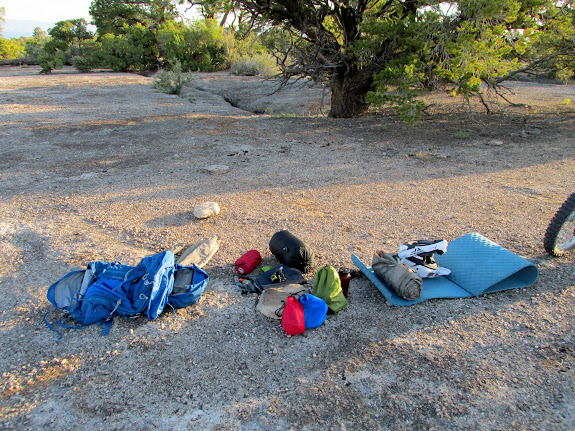 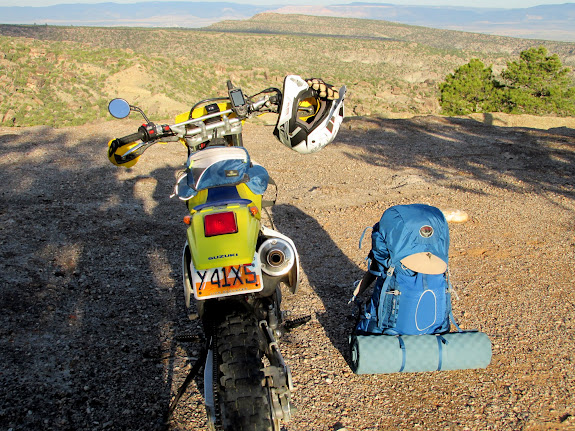 GPS at the end of the trip 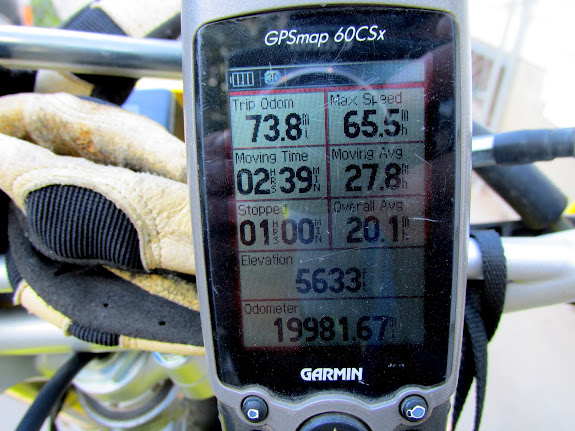