In late March I went with Alan on another trip to Nine Mile Canyon. We checked out both sides of the mouth of Pipeline Canyon, then moved farther down Nine Mile to briefly view another site as the sun set. It was a typical exploration for us: park, hike and scramble up into the ledges, and try to spot all the rock art along the way. We found a lot. 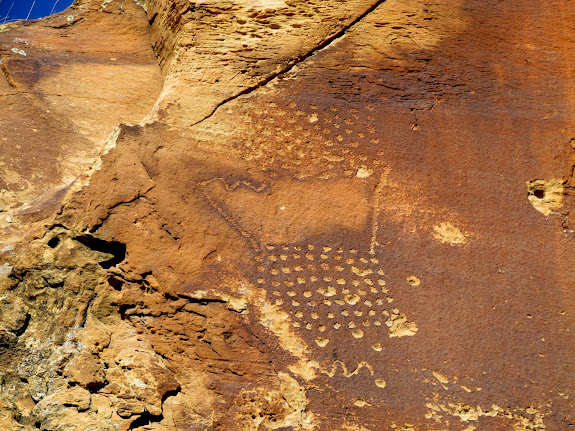 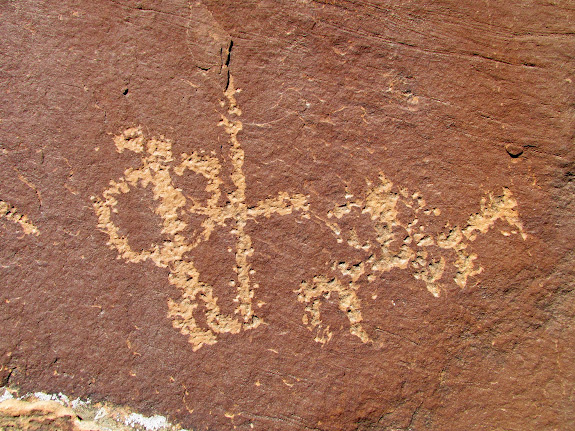 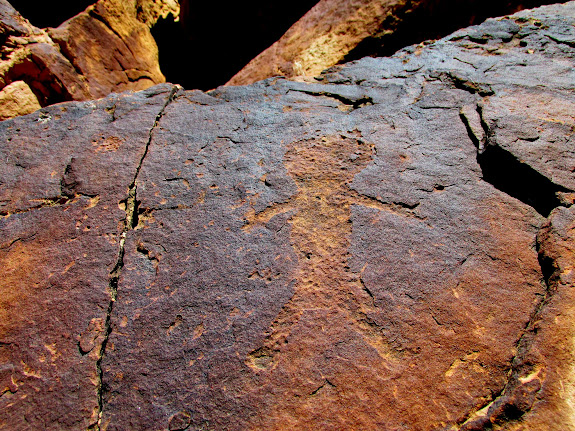 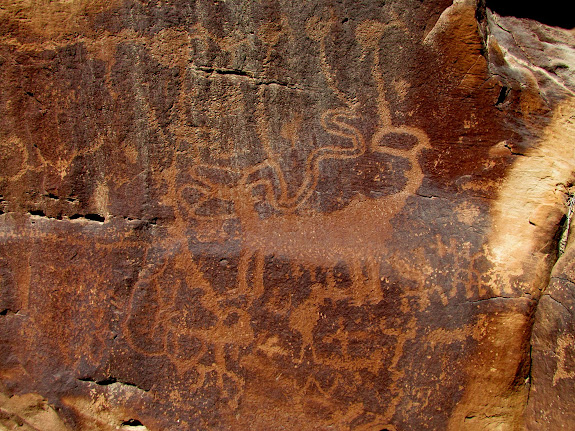 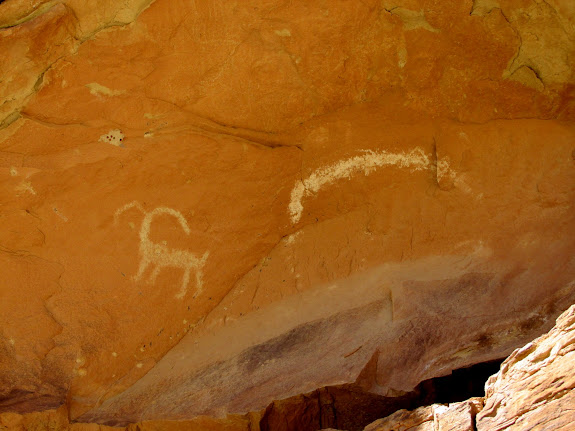 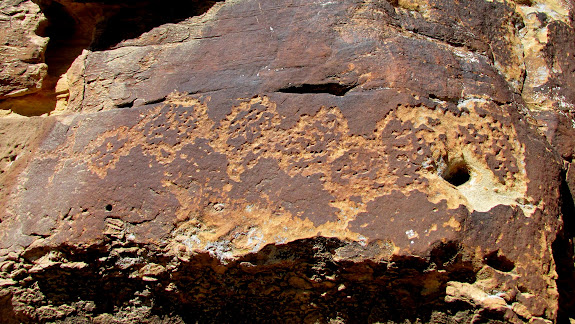 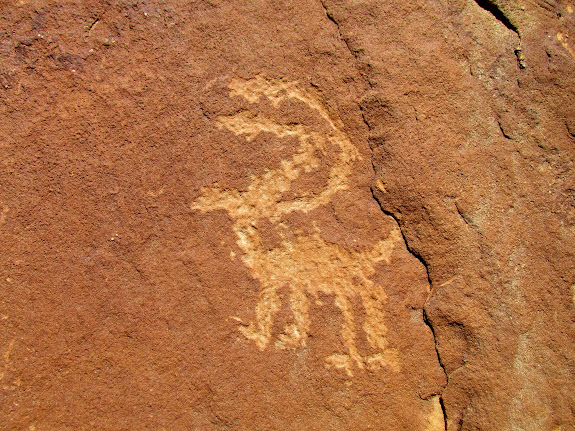 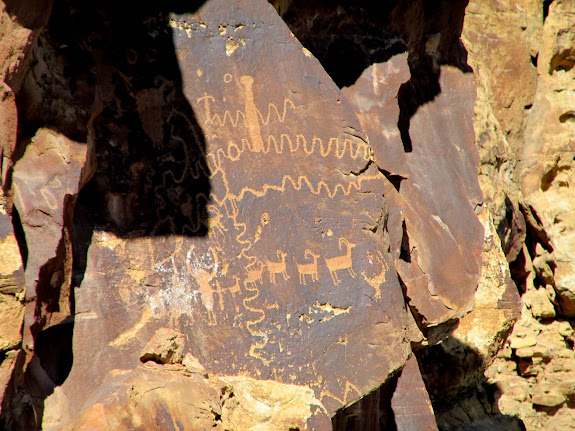 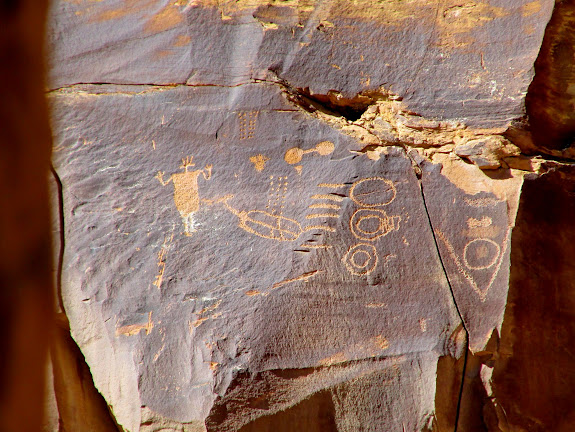 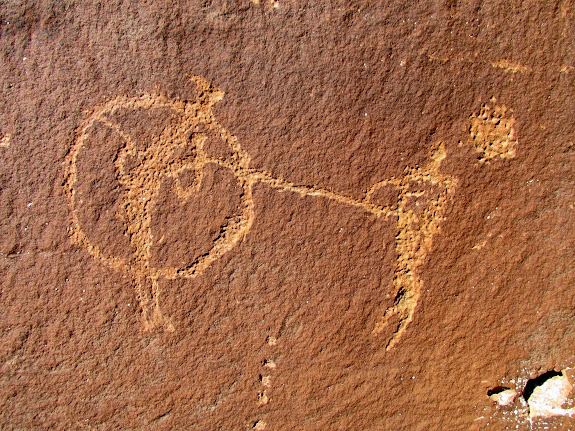 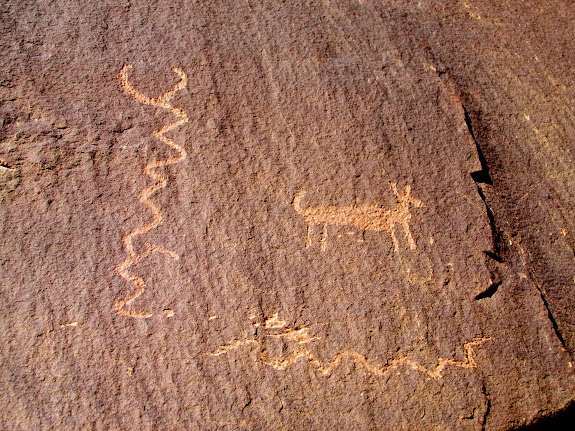 George with a towering load of hay 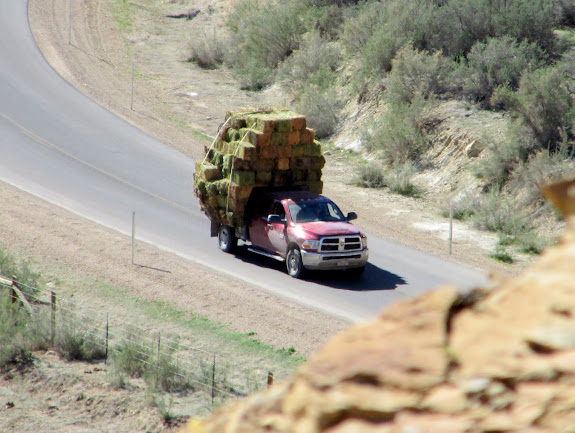 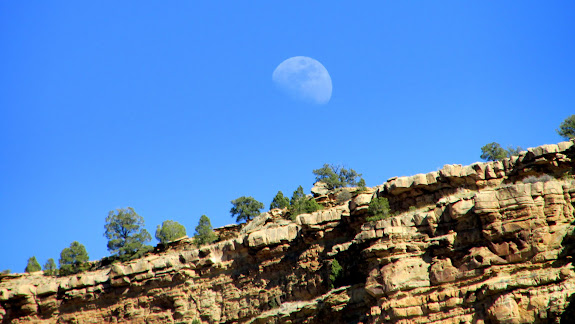 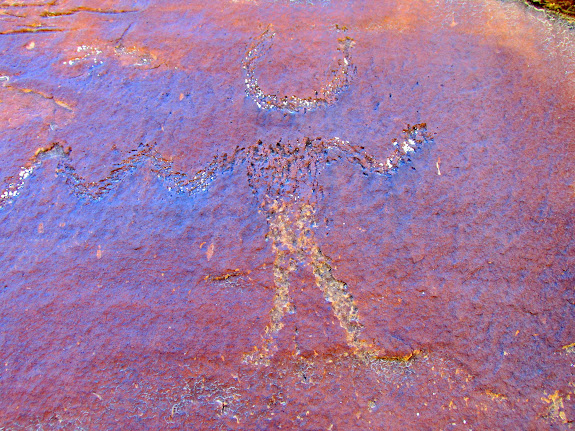 Emergency vehicles began passing below us while checking out the eastern mouth of the canyon. So many went past that we assumed another distaster had occurred, similar to the compressor station explosion in 2012. We later found out that a semi had rolled over, but the driver only had minor injuries. The rock art at the eastern mouth of the canyon differed from the west. On the west side there were a lot more lines and dots, and on the east side were mostly animals. 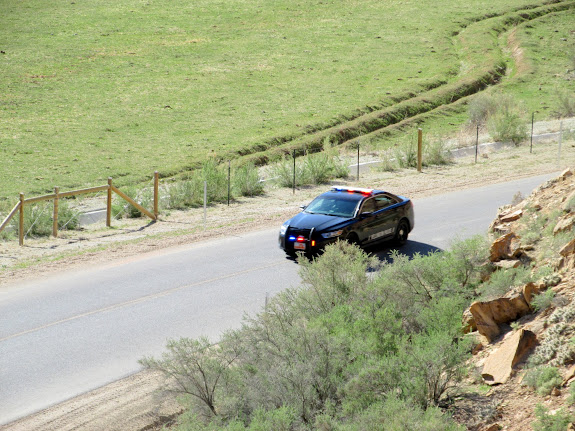 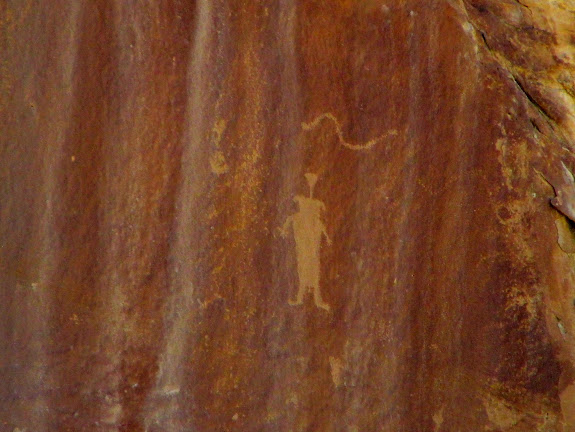 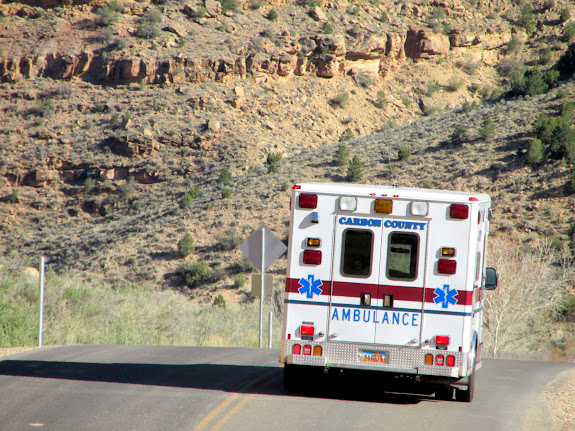 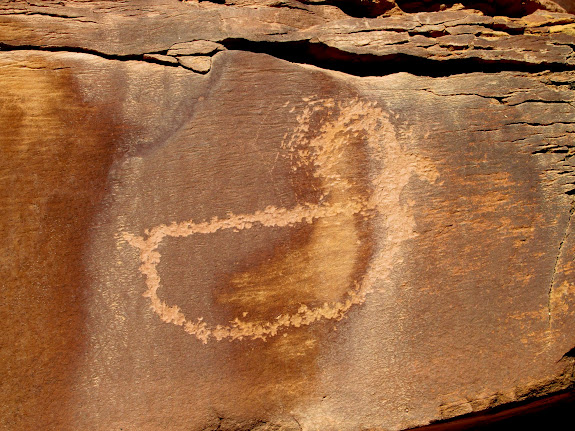 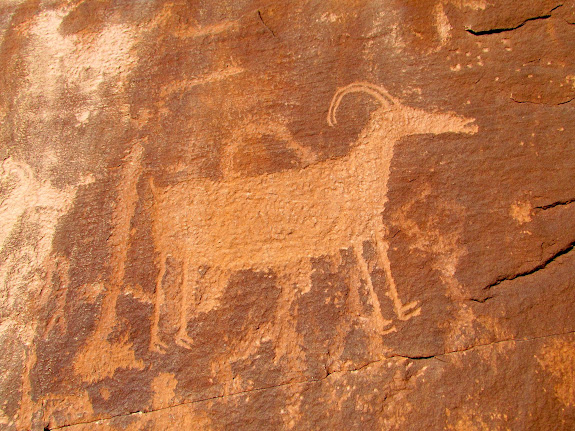 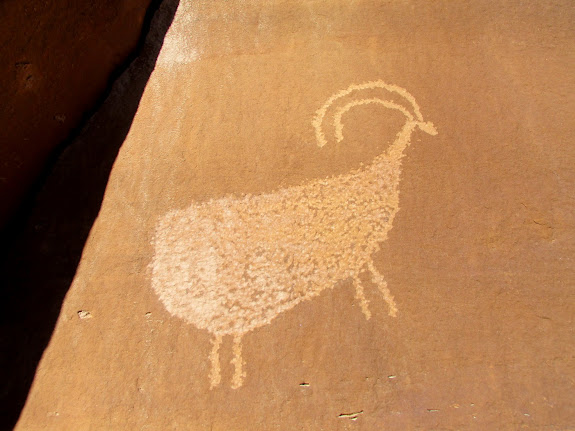 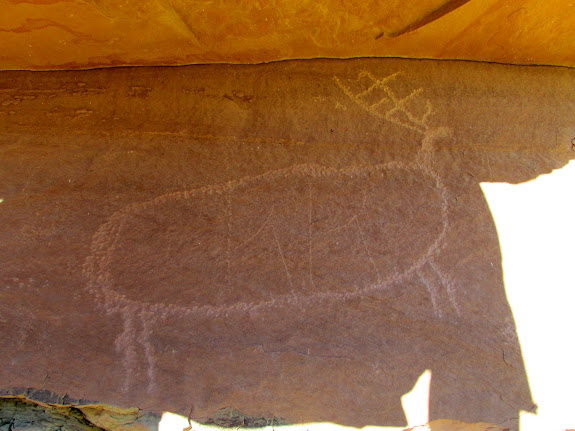 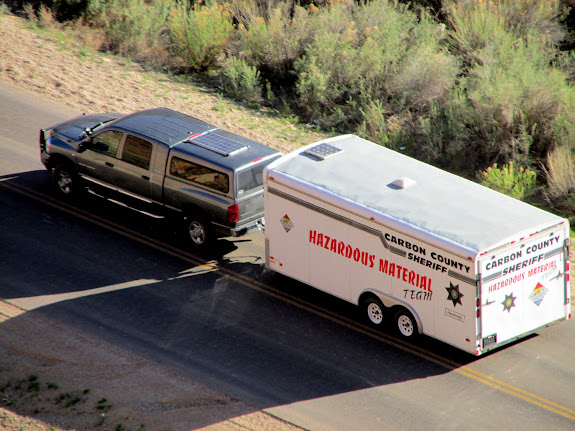 After exploring Pipeline Canyon we drove farther down Nine Mile Canyon and checked out some petroglyphs that Alan had heard about near a somewhat well-known site. Neither of us knew what to expect except that it was a “good” site. Well, it was. 🙂 There were some very unique petroglyphs with disembodied limbs and decorations that formed abstract bodies. One very well-made figure was pecked into the sandstone sideways. We watched the shadows creep up the canyon walls, then headed home into the sunset. 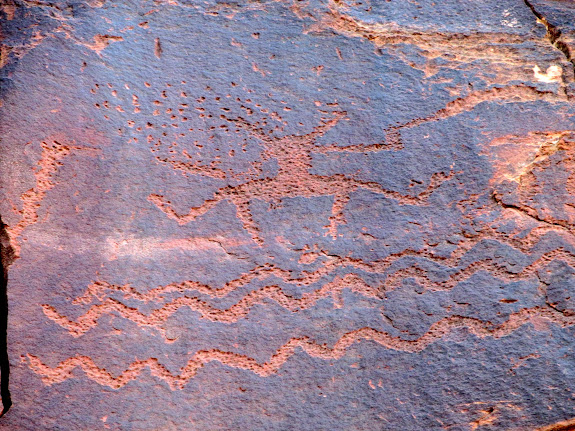 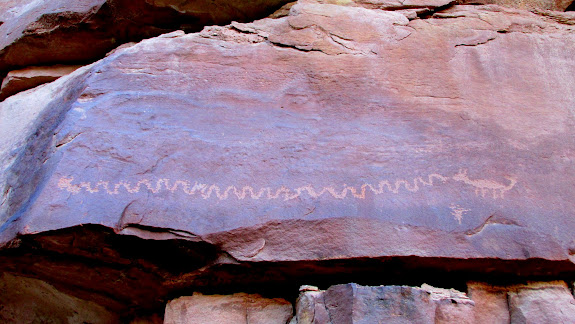 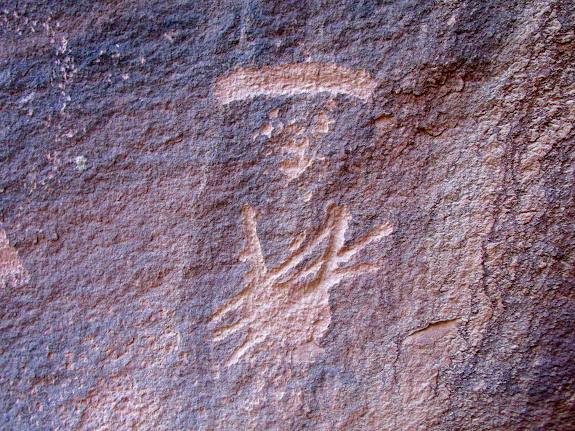 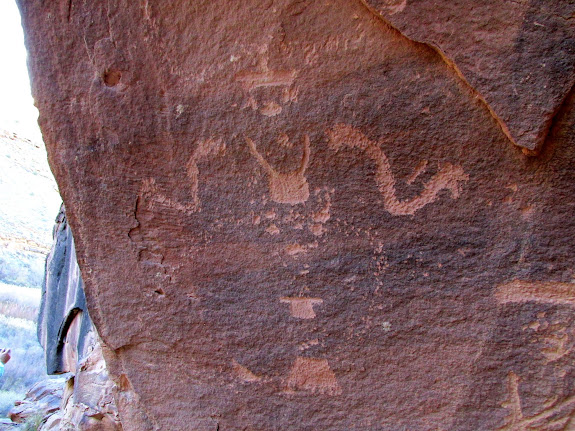 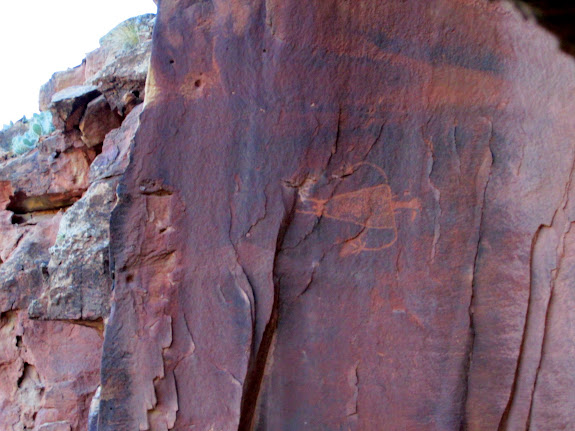 Late light on the cliffs 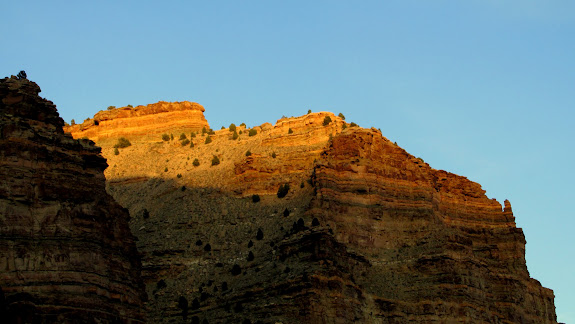