On March 22, Alan and I went to Nine Mile Canyon to hike up to a ruin we’d spotted from the road on an earlier trip. We’d both read about this ruin in a book which referred to it as the Sheep Canyon lookout tower. It looked like a daunting climb, with about 800′ of elevation gain, but we figured we’d see a lot of rock art on the way up to make it worth our while. From the bottom we were able to scout a reasonable-looking route to the top of the ridge where we could see the tower. There were only a couple of rough spots that gave us any difficulty, and that was only because Alan had his dogs, Penny and Daisy, along.

View from below of the rock formation which contains the ruins 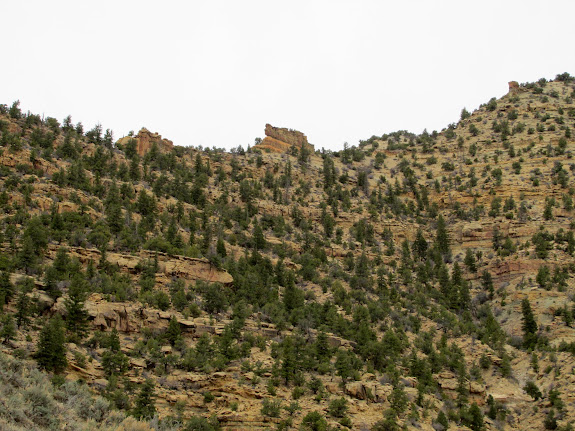 Alan searching for rock art during the hike up 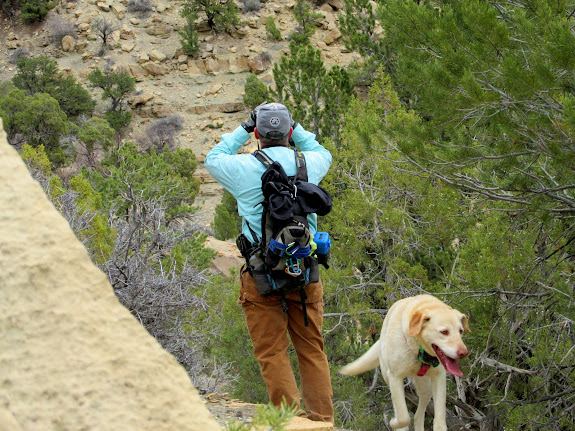 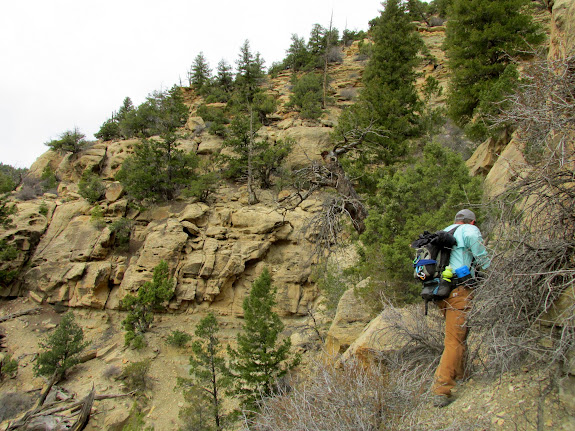 Sketchy climb along our route 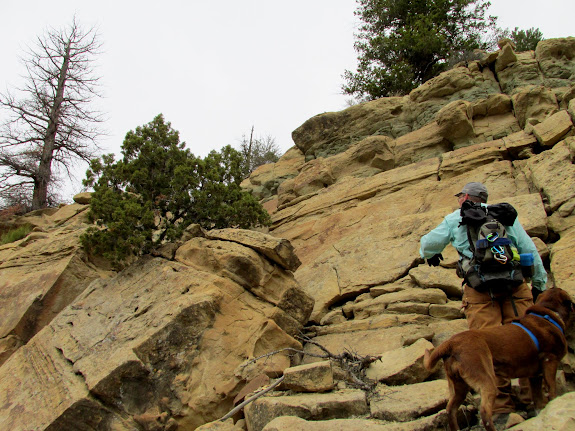 Alan helping his dogs up the climb 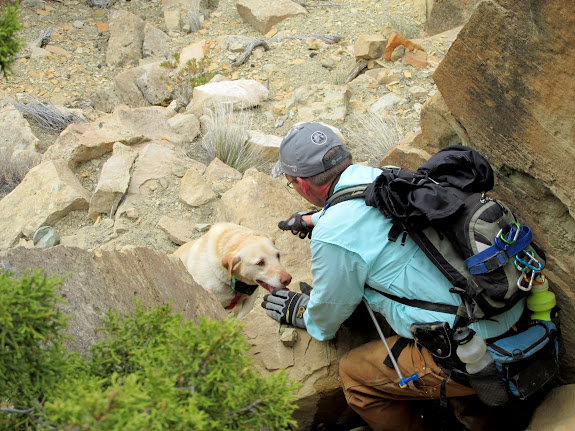 We reached the lookout tower and were surprised that we didn’t see any rock art whatsoever during the ascent. The ruin was puzzling to me because I couldn’t tell what purpose it served being to high above and far away from the canyon floor. One entire wall had fallen down the steep hillside when a slab of rock that it was built upon gave way. Alan and I spent relavitely little time there because, other than a few remaining rock walls, there was little to see. We came to the conclusion that this particular ruin is better off being viewed from the canyon floor with binoculars, ’cause you don’t gain much by making the climb up to it. After returning to the road, we drove a little over a mile up the canyon to check out an old corral and cabins. There, we saw the only rock art of the entire day–some poorly-made petroglyphs. At least we didn’t get completely skunked.

Remains from a fallen wall 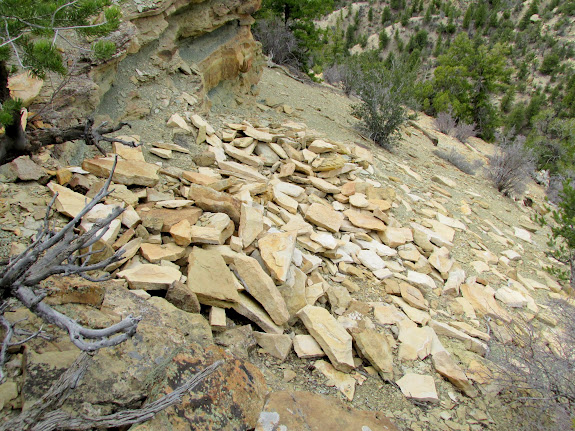 Sheep Canyon lookout tower, with a tilted, flat slab of rock that dumped one wall down the hillside 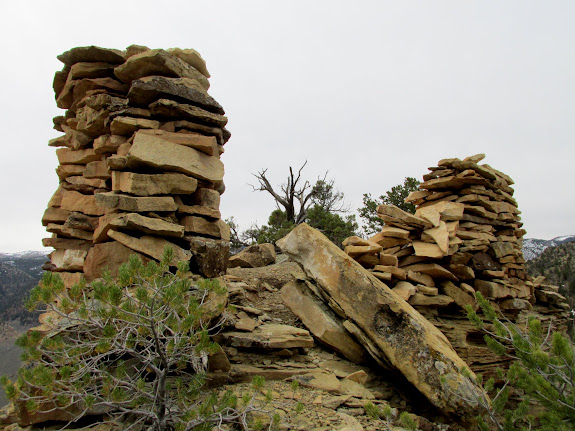 Alan on a narrow neck of rock 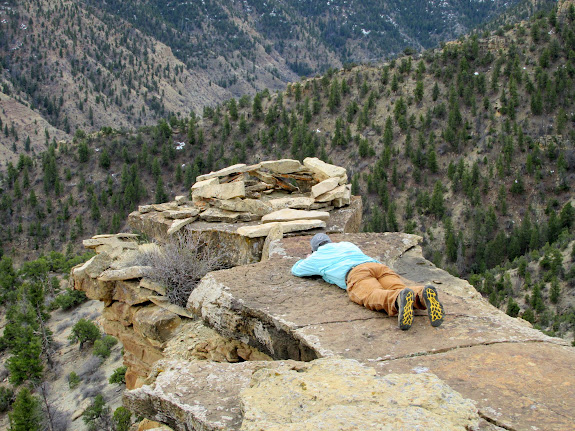 Heading down from the lookout tower 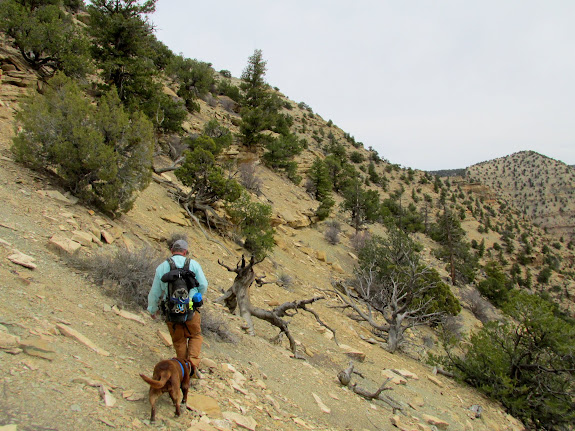 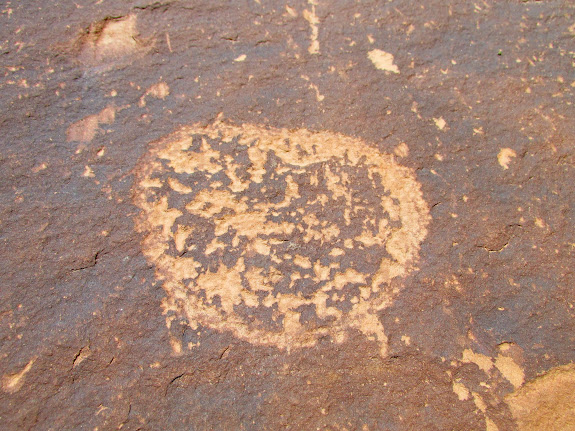