We’ve been enjoying some ridiculously warm weather lately, and one day earlier this month I had to start work ridiculously early to have a teleconference with somebody overseas. Since I got off work so early I went for a weekday hike to take advantage of the sunshine and pleasant temps. I wanted to check out a side canyon that descends from Porphyry Bench to Gordon Creek. I was hoping to spot some rock art since there’s plenty farther upstream along the creek, but I didn’t really expect to find any. The start of the descent was pretty rough but eventually the canyon opened up a little and made for an easy hike. I skirted around some cliffs at the head of the main side canyon where several other smaller tributaries join up, then followed an old constructed road into the canyon’s bottom. It was easy walking from there along the old road almost all the way to Gordon Creek.

Easterly view from the starting point of the hike 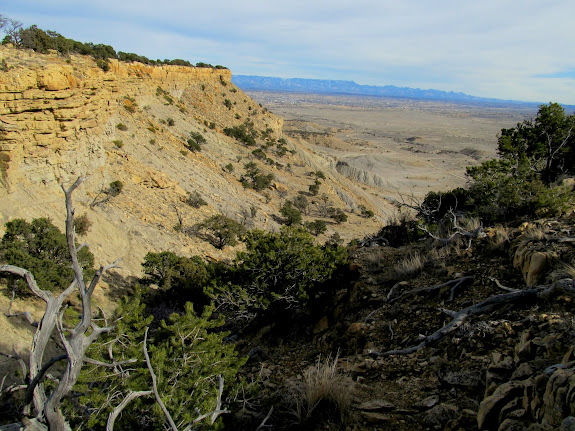 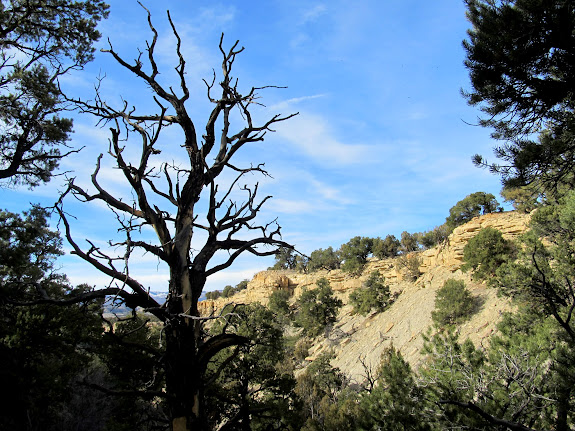 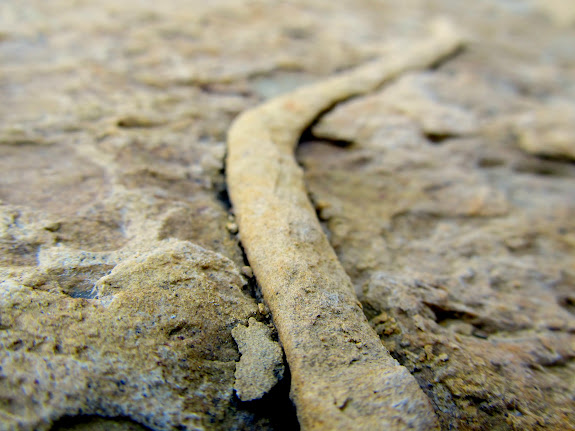 View down a side canyon toward Gordon Creek 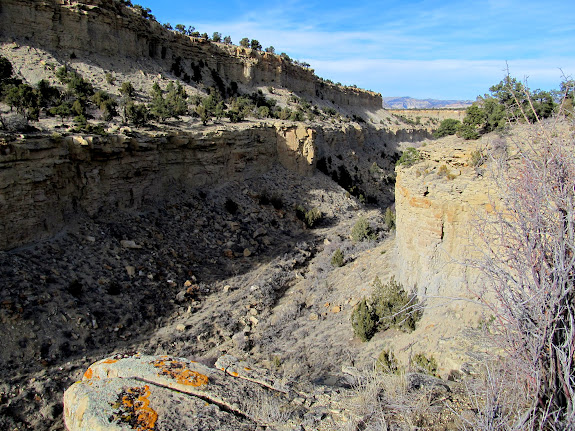 Deer watching me watch them 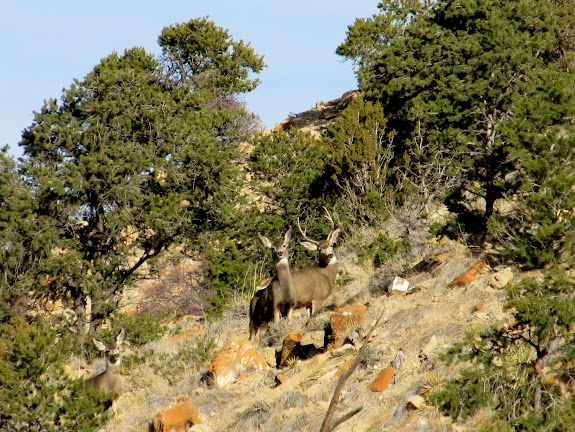 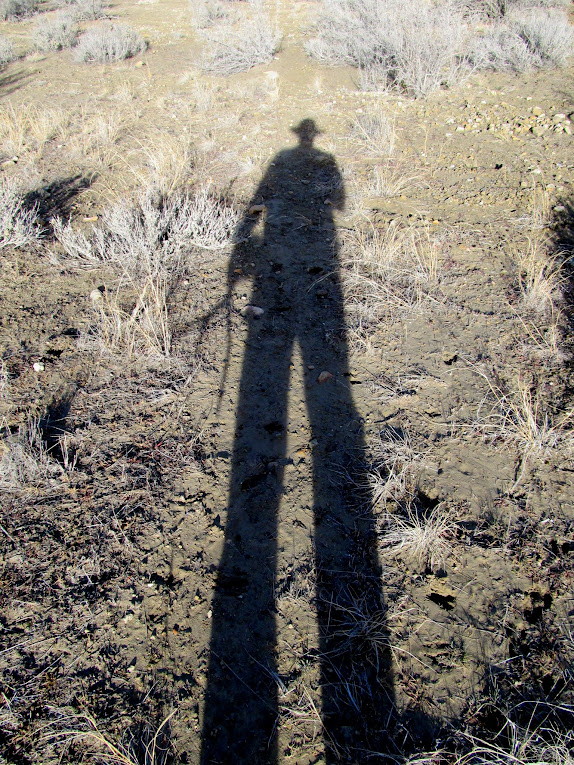 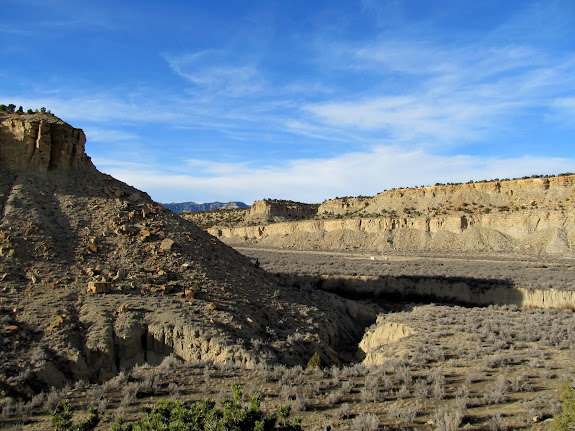 Once the cliff band to the east pinched out, I scrambled up the steep hillside and onto the bench between two cliff bands. I followed the bench back up the canyon, paralleling my route down but being 100+ feet above the watercourse. Besides seeing a lot of deer (and, unfortunately, no rock art), it was an uneventful hike back to the Jeep. I picked up a couple of shed deer antlers along the way. 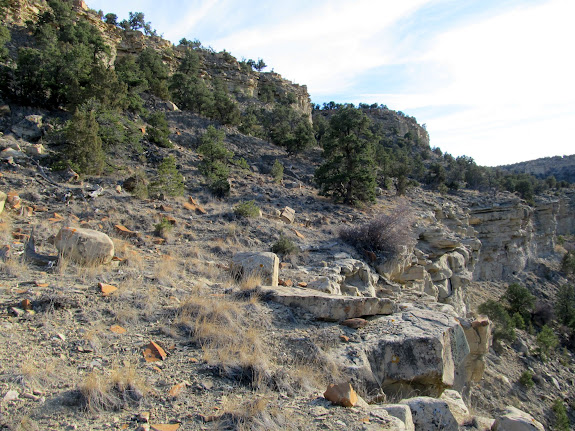 Two deer antlers that I picked up 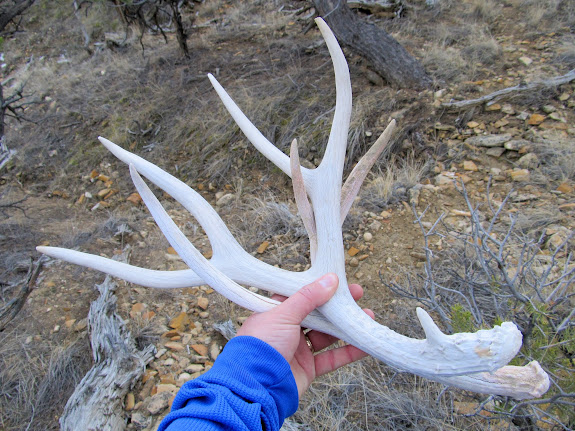 After the hike I drove a short distance to the eastern point of Porphyry Bench. It was a great spot to look over lower Gordon Creek, the Pinnacle Peak area, and Price off in the distance. During the drive home I saw many more dozens of deer and stopped to photograph a few. 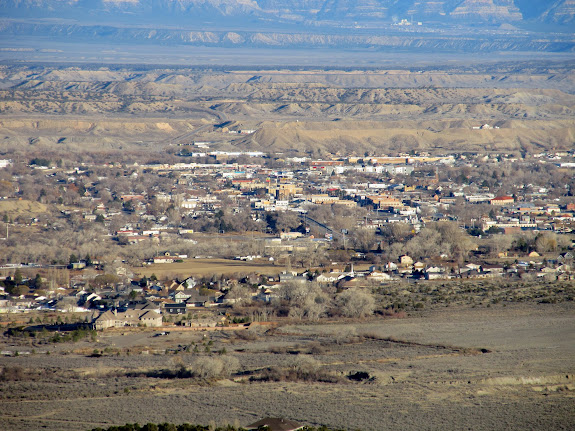 View over Gordon Creek toward the Book Cliffs 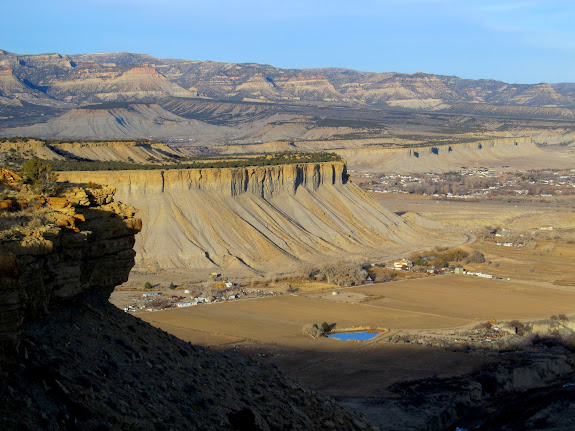 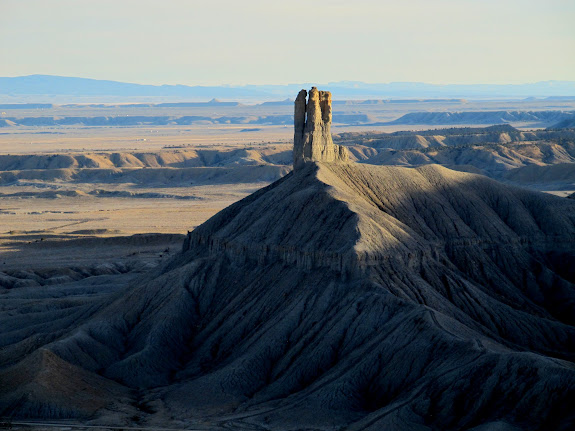 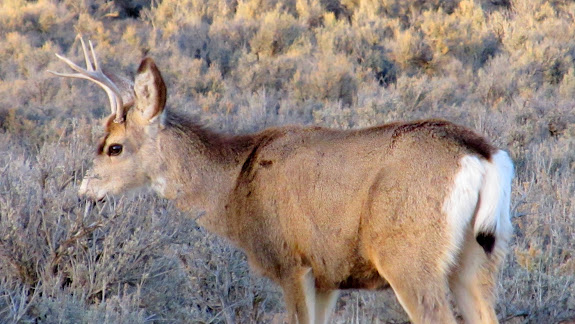