A month ago, an old friend who nobody thought would ever get married did just that. And so it came to be that a bunch of high school friends who are in their late-30s all met up for the first time in a very long time. While at Jorge and Alyssa’s wedding reception, Traci and I talked a lot with Mike and Allie and we made plans to hang out in and around Price during the Valentine’s Day weekend. We live two hours apart, but more than a decade ago we used to take turns spending weekends at each other’s homes. When we all had kids that slowed down and eventually stopped. In a strange turn of events Mike’s aunt died and her funeral was in Helper on Saturday, just a few minutes away from Price. Mike and his family arrived on Friday afternoon and we ate dinner and caught up that evening. The kids got along well and the adults prepared for the following day’s trip. On Saturday morning Mike and Allie went to his aunt’s funeral, then we drove into the northern San Rafael Swell for an afternoon/evening of fun. We entered the Swell via Cleveland and made our first stop in a small drainage coming off the northwest side of Cedar Mountain. There we checked out a fossilized dinosaur skeleton and some very cool and small pictographs.

Michael and Bradley hiking up a canyon 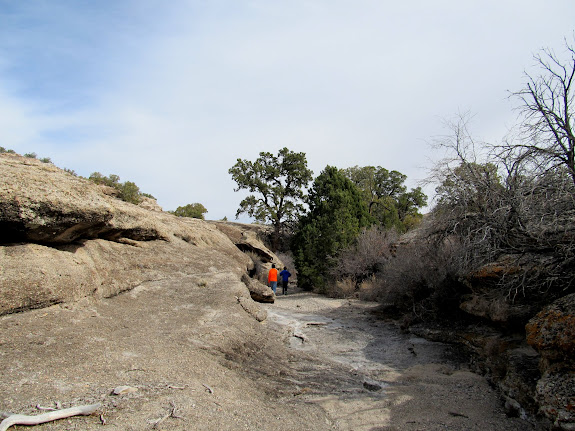 The rest of the gang following on the canyon rim 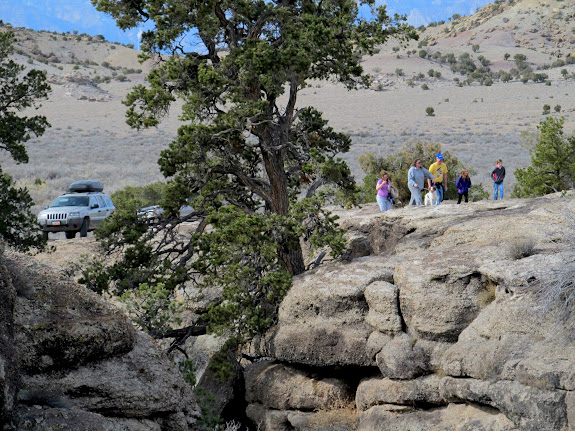 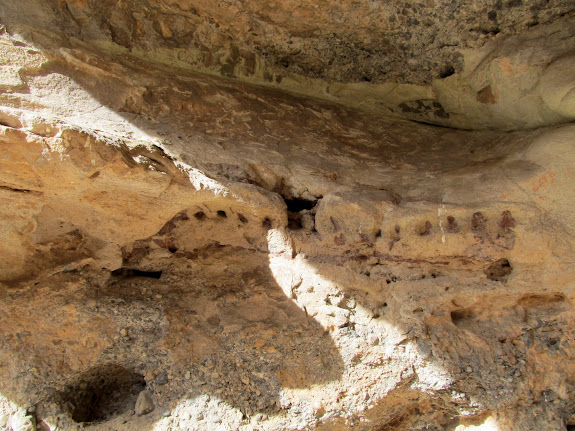 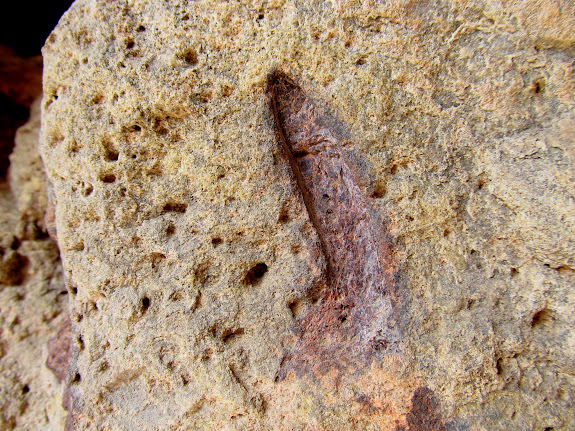 Small pictographs near the dinosaur fossil 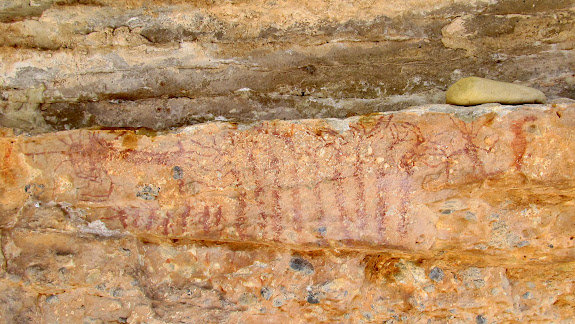 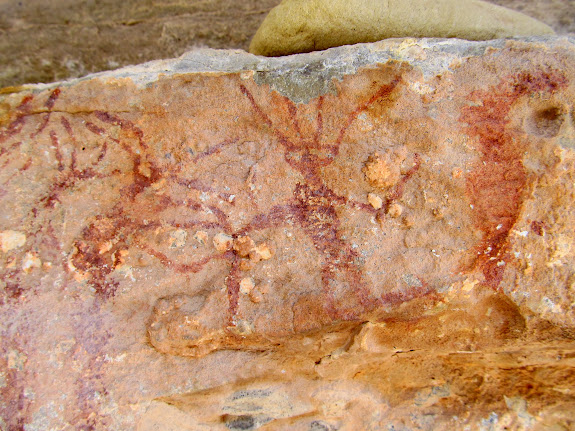 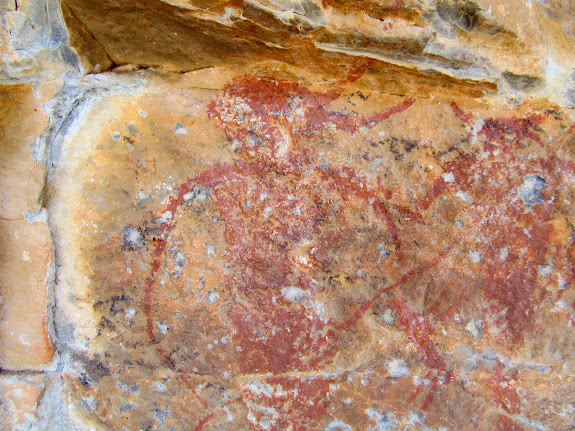 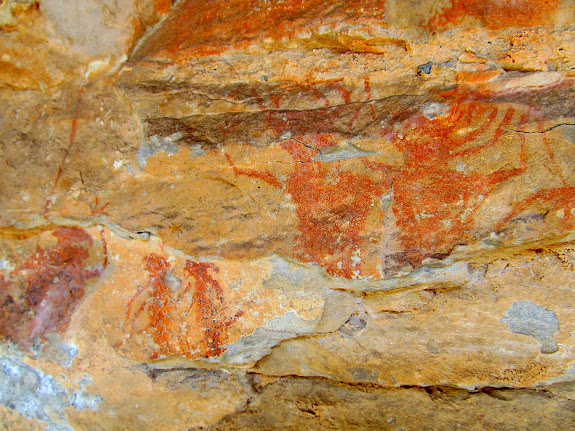 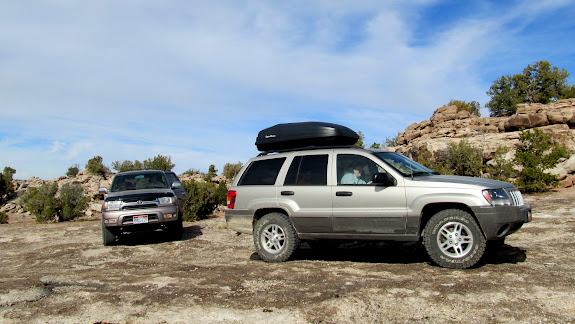 The next planned stop was at Hamburger Rocks, but during the drive I was surprised by how much water there was in Buckhorn Reservoir so we stopped to skip rocks. 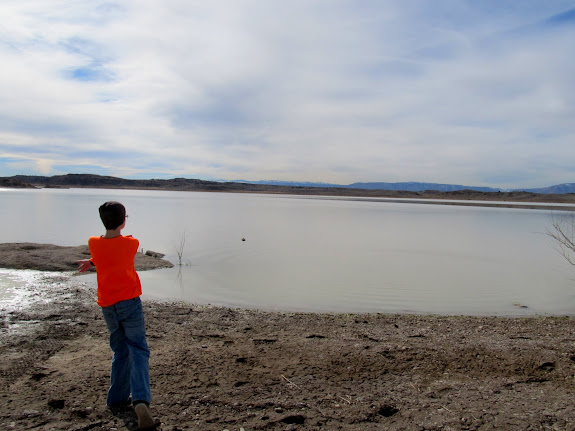 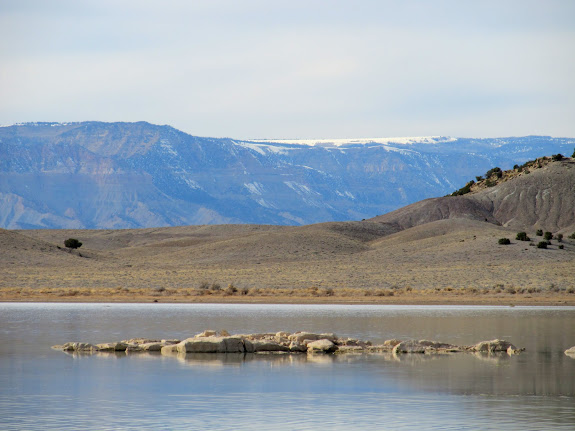 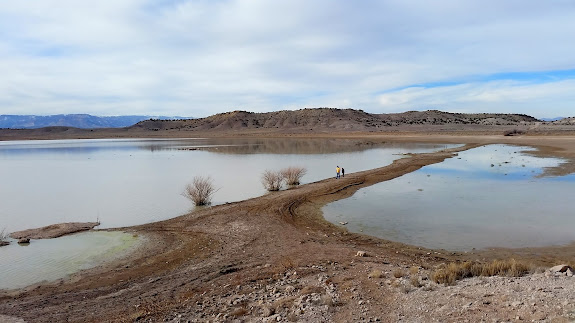 At Hamburger Rocks I wasn’t surprised at all to find some people already there. The weather felt more like April than February and we’d already seen a lot of people camping and enjoying the warm weather. The people we ran into were nice enough to share some Valentine’s treats with our kids, but unkind enough to leave a fire burning when they left. I doused their coals with water and put the dogs back into the Jeep to keep them away from the food and litter they left behind. 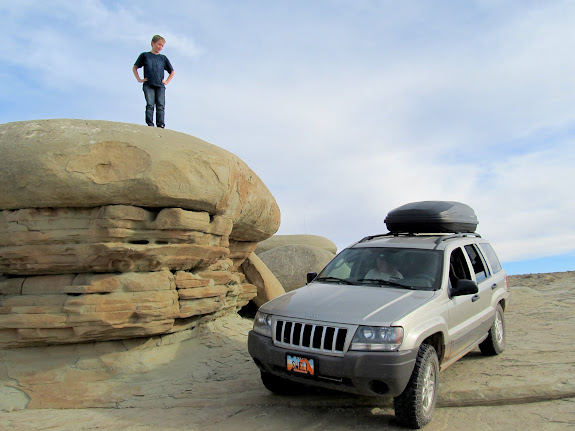 Bradley and Michael at Hamburger Rocks 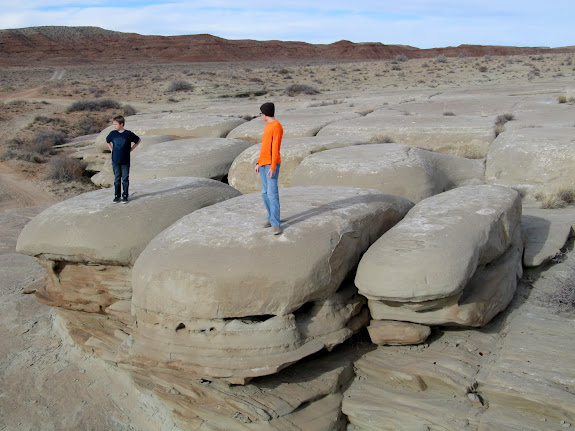 Boulder and Torrey hanging out in the back of the Jeep 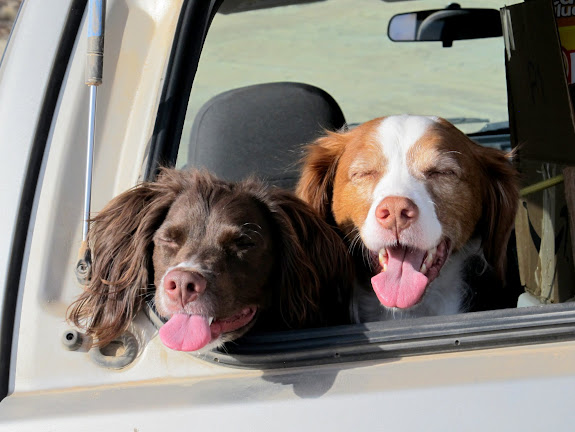 We stopped at Buckhorn Flat for a bathroom break on the way to the Wedge Overlook. None of Mike’s family had been to the Wedge. We only stayed for a short while–long enough for me to take a single photo. 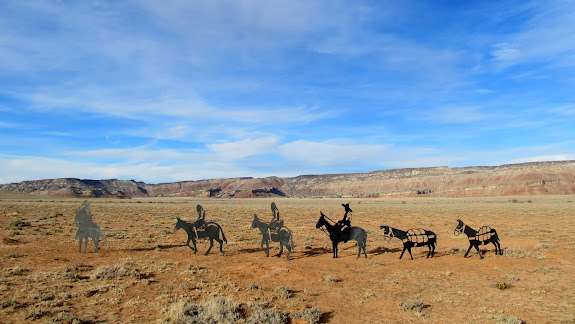 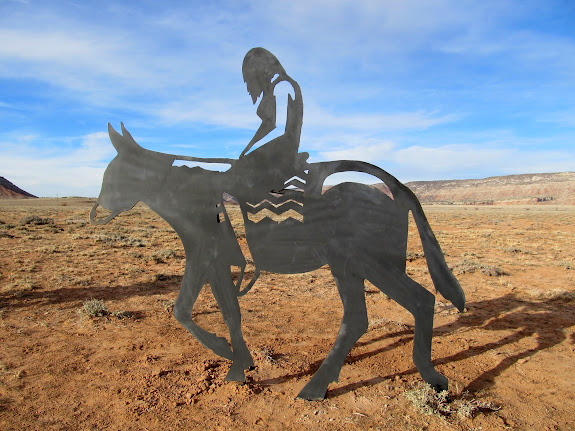 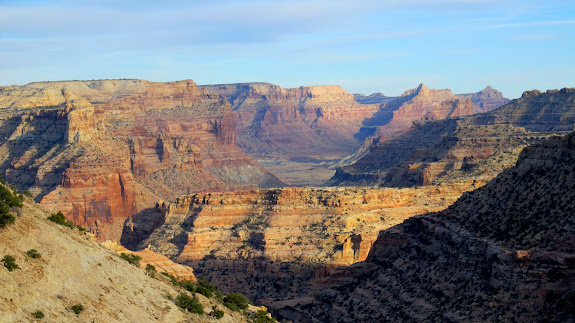 The sun was on its way down so we headed north and then made our way southeast up Cedar Mountain to the picnic area. There, we had a camp fire and cooked a dinner of bratwurst and hot dogs while the sun went down. At about 7,600′ elevation I was surprised to see some snow still on the ground, but that made it easier to smother the fire before we left. 😉 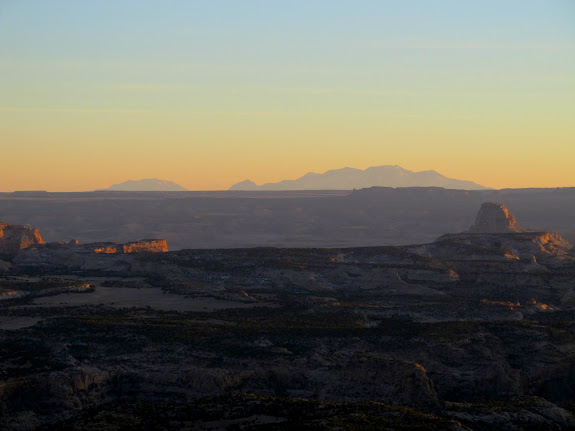 Fire for cooking a dinner of bratwurst and hot dogs 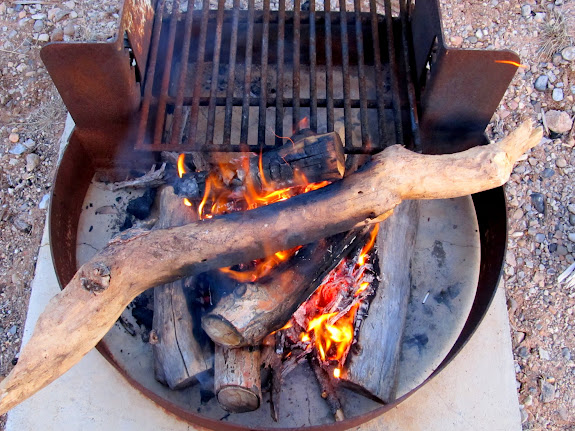 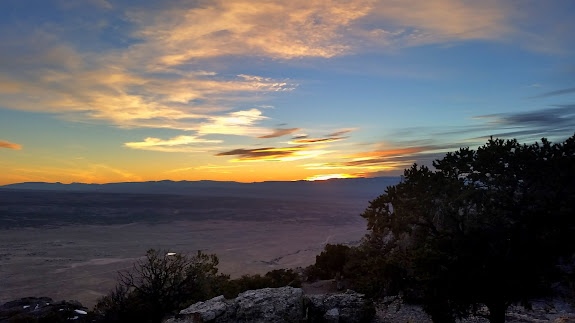 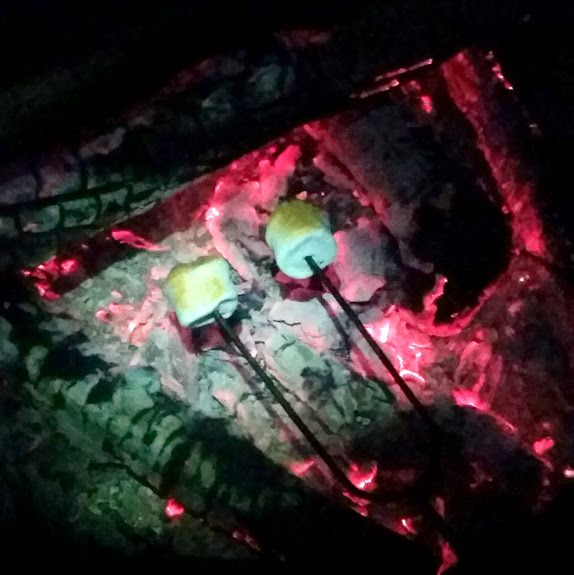 1 thought on “Valentine's Day in the Northern Swell”