I took a trip on Saturday but it wasn’t what I had planned. I figured that I would wake up in the morning and choose a hike from my long to-do list, but instead I found a car to buy for Traci. Since we sold our ATVs we had been looking for another Jeep Grand Cherokee to replace our aging Ford Taurus, but I has having a difficult time finding the exact one I wanted (an ’04 with factory roof rack, fog lights, and tow package, all with less than 115,000 miles). I recently talked her into something other than a Grand Cherokee. After looking at a lot of SUVs Traci decided she liked the Honda Pilot. The ideal Pilot showed up in an online classified ad on Saturday morning and, after an in-depth phone call with the owner, we decided it was what we wanted. We drove to Eagle Mountain and checked it out, confirming that it was everything the owner claimed. 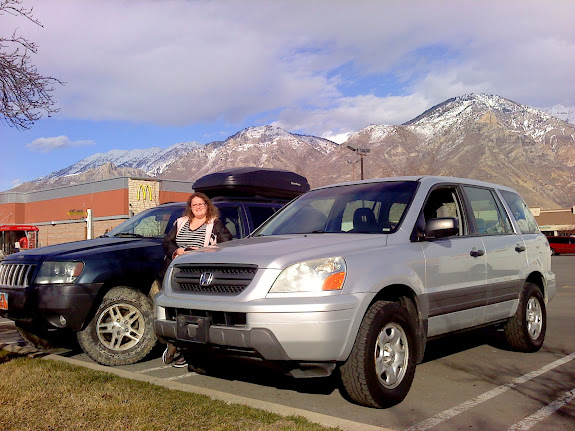 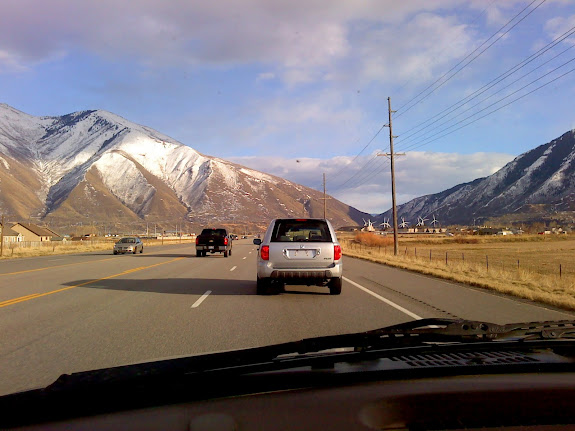 We took turns driving it home: me through the traffic in Utah County and Traci over the highway through the mountain passes. It’s a 2004 Honda Pilot with 144,000 miles, and both the interior and exterior are in great shape. It has more pep and gets much better fuel mileage than my Jeep, and it seats eight people–but only if three of them are munchkins. Four people and two dogs should be plenty comfy. 🙂 We now have a very off-road-capable SUV and one better suited to highway driving with some moderate off-road capabilities. I don’t think I’ll miss our Taurus. 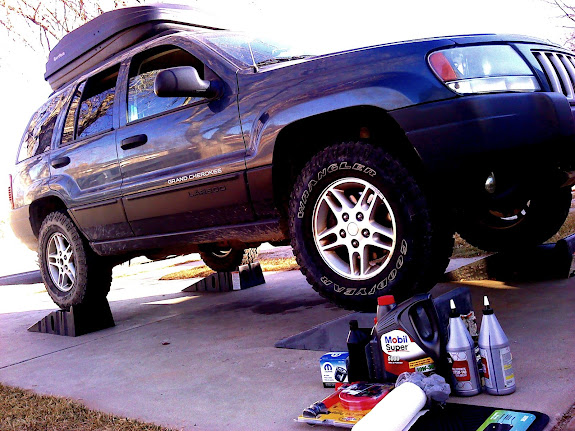 As for the Jeep, I performed some badly needed maintenance on it this week. On Monday and Tuesday after work I spent a total of four hours changing various fluids: engine oil, front and rear differential oil, and transfer case fluid. I’m embarrassed to admit that I assumed there were four pints to a quart, which caused me to buy too little gear oil and ATF for the diffs and t-case, which resulted in an extra hour of work. The Jeep is now ready for another season of hard off-roading, and I plan on spending the next week or so getting the Honda prepared for some family road trips.