Earlier this week I took the dogs for a hike relatively close to home, in an unnamed canyon off the North Fork of Gordon Creek. A friend had heard about some possible rock art in the canyon. I checked it out but didn’t find anything except a dead owl (which was actually pretty cool). I knew I had little daylight after work and that I’d be cutting it close. I ended up hiking for a bit after the sun went down but got back to my car before full darkness.

Deer hiding in the sagebrush 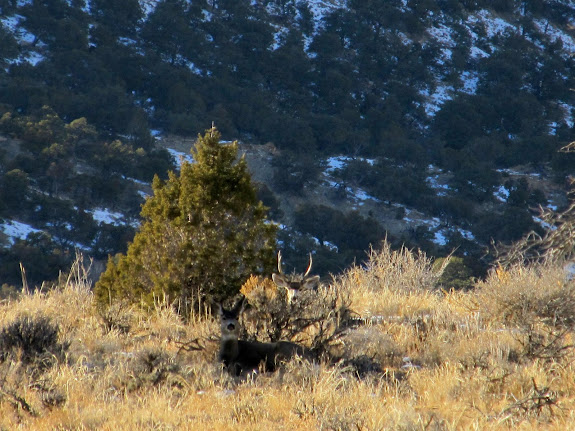 Parked at a locked gate 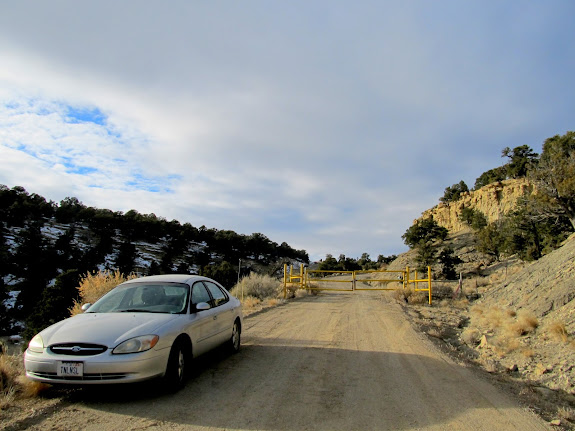 Unnamed canyon near the North Fork of Gordon Creek 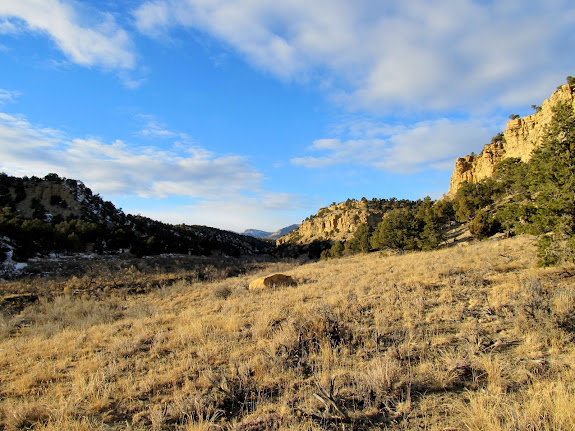 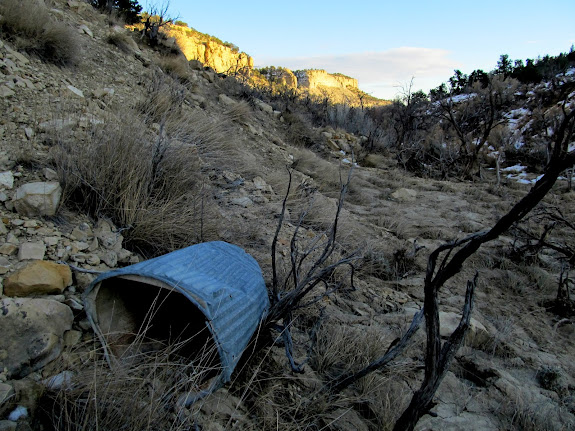 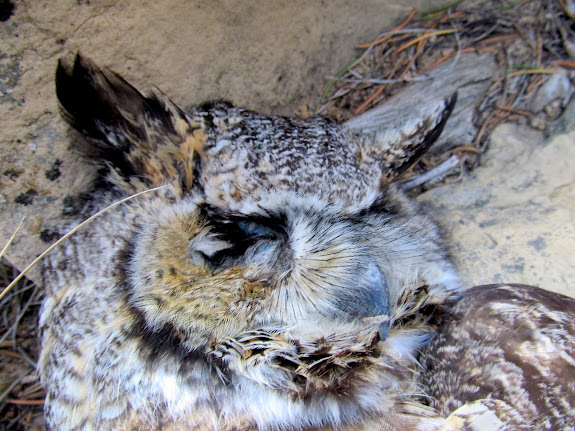 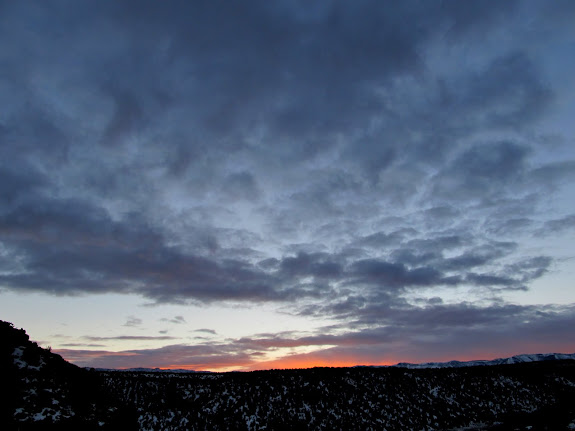 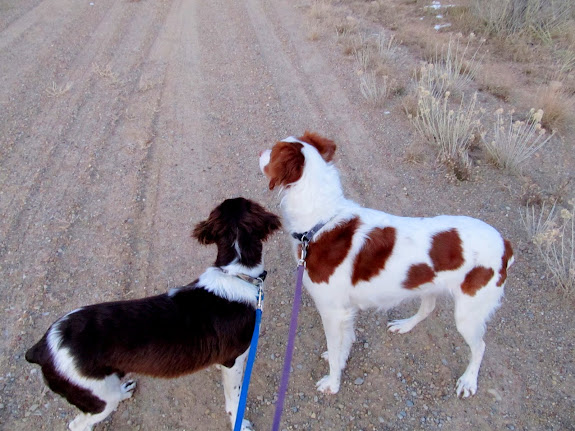 On Saturday I took the kids, against their will (they would rather stay home, glued to their electronic devices–tough shit!), for a drive along the lower Price River. I wanted to scout the road for a future hiking trip and also look for rock art on some cliffs along the river at a point where the road climbs above a 180-degree bend in the river. The Jeep only barely made it to the bend in the river, and I had underestimated the amount of snow and bushwhacking involved in reaching the spot where I’d hoped to look for rock art. Instead, we ate lunch at the river bend and then headed back home, using binoculars to search for more rock art from the road before leaving the river canyon through the Book Cliffs. 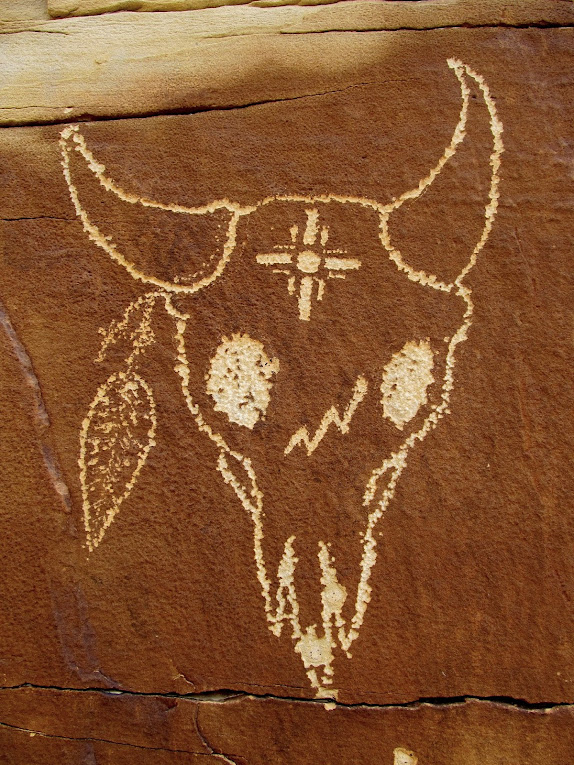 Bradley and Michael looking down at the Price River 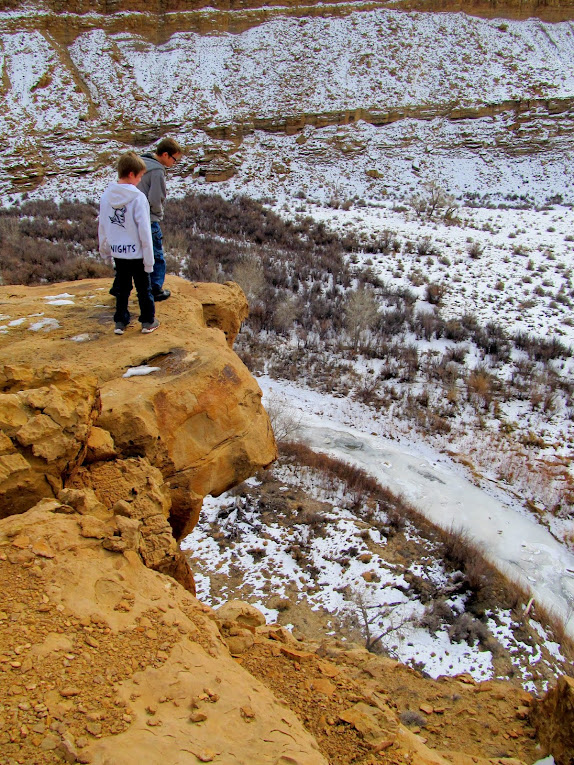 After getting home I was reminiscing about a 2004 trip down the same road. Traci and I were in our Mazda Navajo, Michael was three years old, and Bradley was not quite one. I’d taken several photos then and stitched them into a panorama, and I tried to duplicate the same shot this weekend.

Comparing the two panoramas this evening on my computer prompted me, out of curiosity, to see if I’d taken any photos exactly ten years ago. I found the photo, below, that I’d taken on January 13, 2004, from the parking lot at work at East Bay in Provo, Utah. Seeing the date reminded me that today is my 17th anniversary with the same company. It’s my first and, so far, only job, ever.