I had been fighting a cold for a few days, but by Sunday I was restless and feeling well enough to go for a drive. I decided to head south on Highway 10 to check out a small portion of the Old Spanish Trail. I’ve driven through the area many times and seen places I’d like to check out, but I was always on my way to or from somewhere and never had the time to explore. This time I made up my mind to stop whenever it fancied me, and my first stop was near Walker Flat south of the town of Emery. Some patina on the cliffs alongside the highway looked promising, and I wasn’t disappointed. From the driver’s seat of the Jeep, through the binoculars I got for Christmas, I spotted some petroglyphs. I hiked a short distance to get a closer look, cutting myself twice on the barbed wire fence when I climbed over it. The petroglyphs weren’t great, though there was an 1922 inscription nearby that I found interesting because the maker could be traced through historical records. 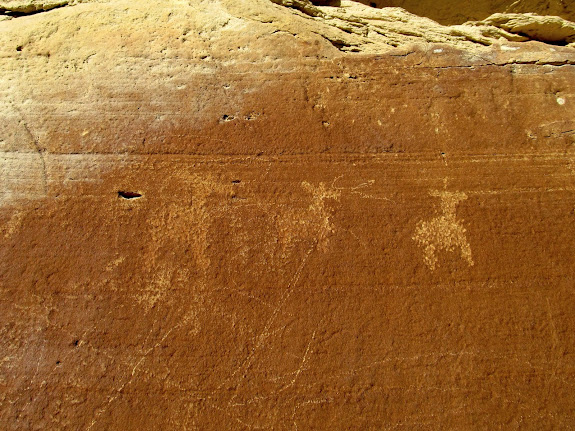 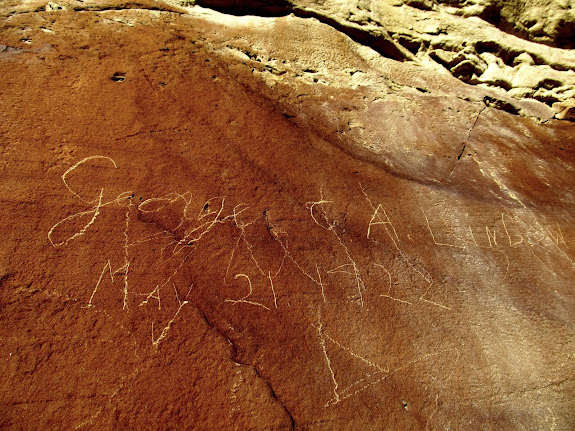 After making it back over the barbed wire with no more wounds, I continued to I-70 and started westbound up the canyon along Ivie Creek. I exited on the interchange just west of Fremont Junction and continued west on the frontage road, driving slowly and stopping often to peer through the binoculars, mostly at the cliffs on the north side of the interstate. I stopped at Red Creek, which is part of the Fish Lake cutoff of the Old Spanish Trail. I’d been at the mouth of Red Creek years ago and noticed some inscriptions but wasn’t very interested in them at the time. This time I spent a lot of time examining the cliffs and found some old names and dates carved there.

Blazed, or peeled, ponderosa pine tree at a junction of the Fish Lake Cutoff of the Old Spanish Trail 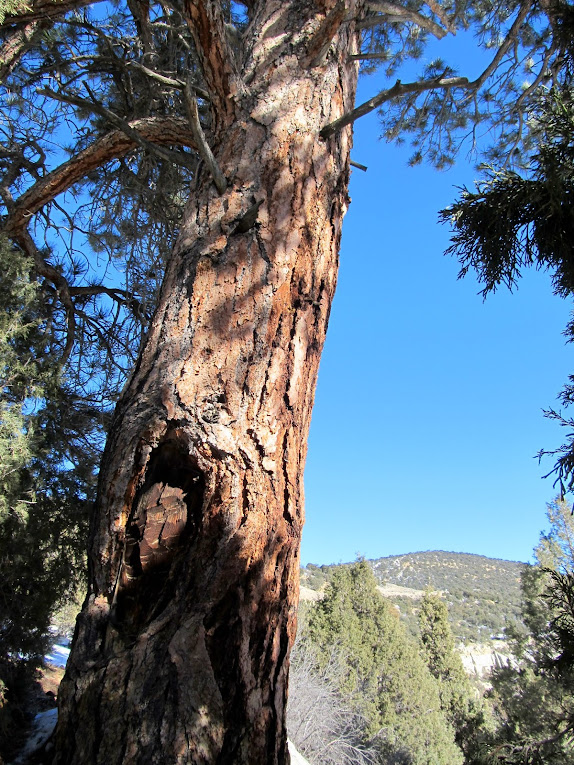 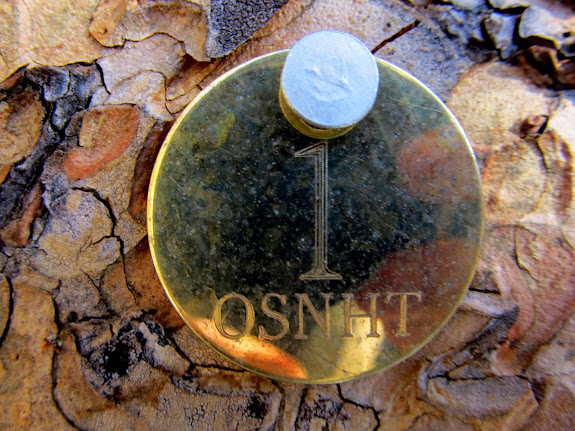 Borehole where the tree was cored and dated 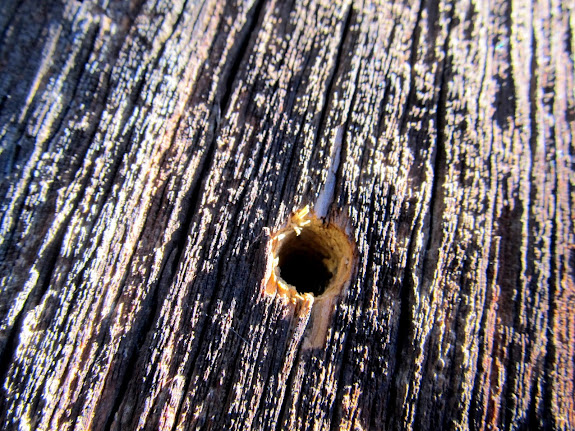 Jeep parked below, I-70 in the background 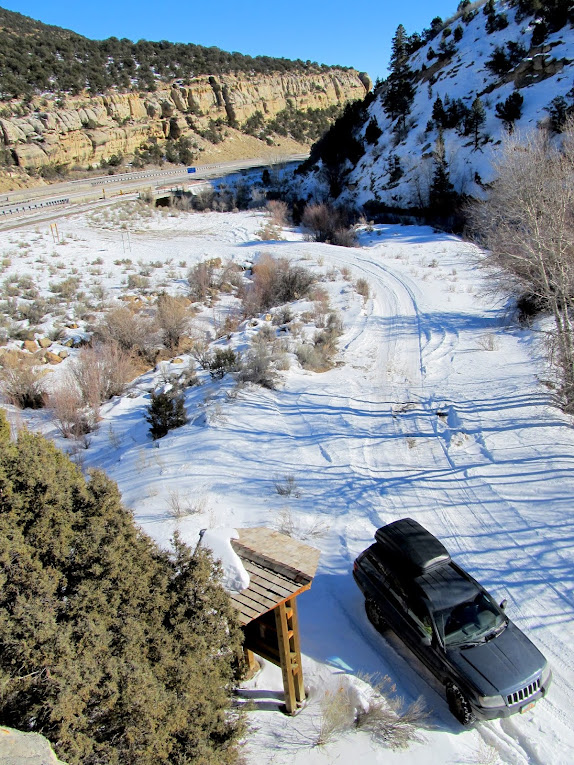 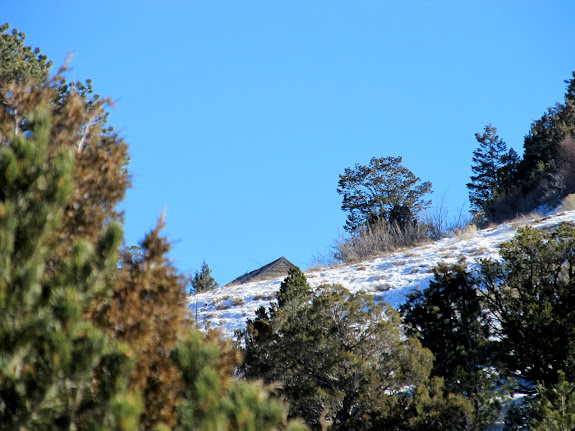 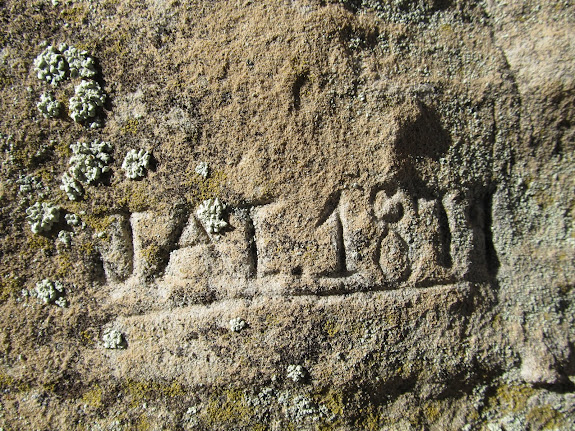 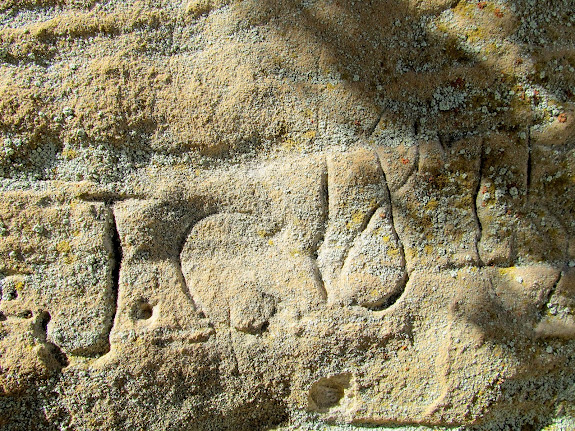 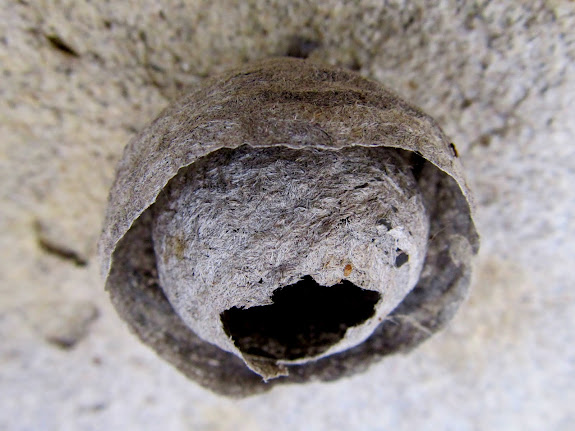 Although I spent most of my day along Ivie Creek, I found little of interest there except some distant pictographs that will have to wait until the cold winter weather abates–I wasn’t up for a hike in this cold, windy weather. On the way home I had some time to kill before my wife expected me to be there to fix dinner, so I took a detour south of Emery and eventually found myself parked on top of the Coal Cliffs with an incredible view over the San Rafael Swell and points to the south. My favorite moment of the day came when I noticed three peaks lined up perfectly: Pissant Knoll, East Cedar Mountain, and Mt. Ellen were all aligned to the south-southeast. 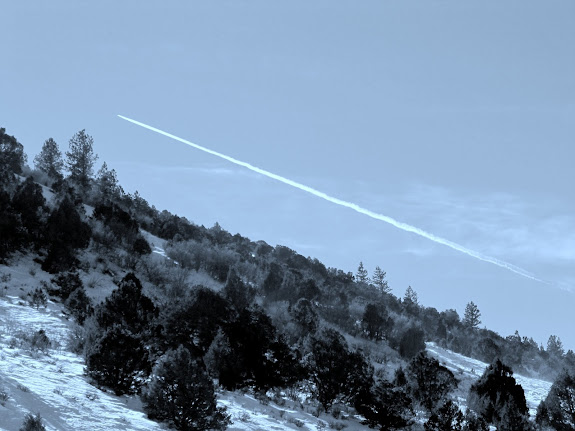 Jeep parked on top of the Coal Cliffs 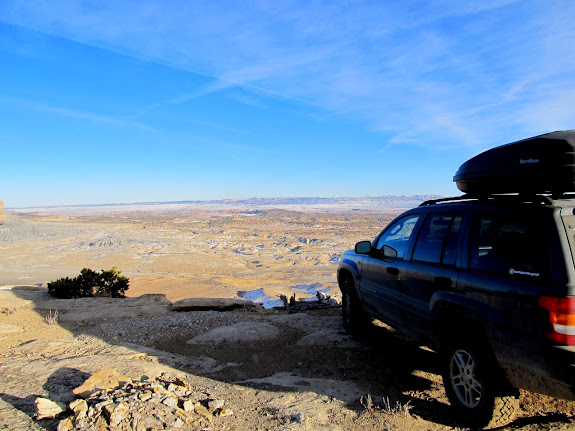 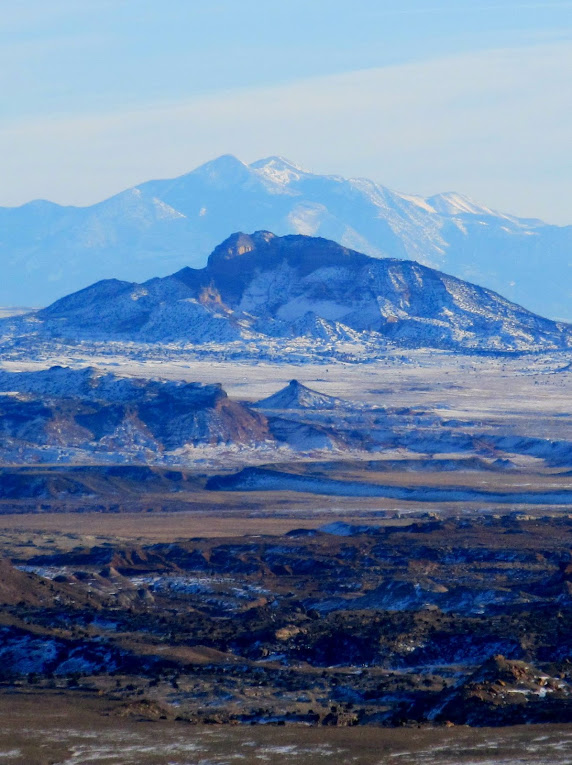 San Rafael Knob on the horizon, the highest point in the Swell 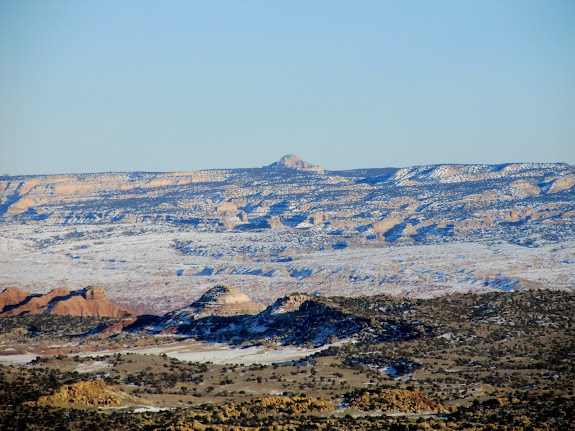 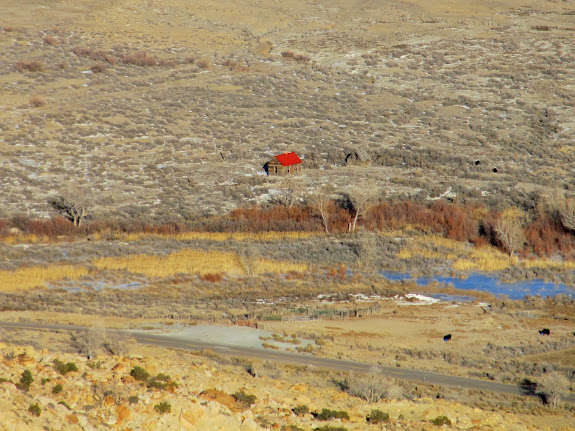 Some boulders, south of Emery, that I checked for rock art 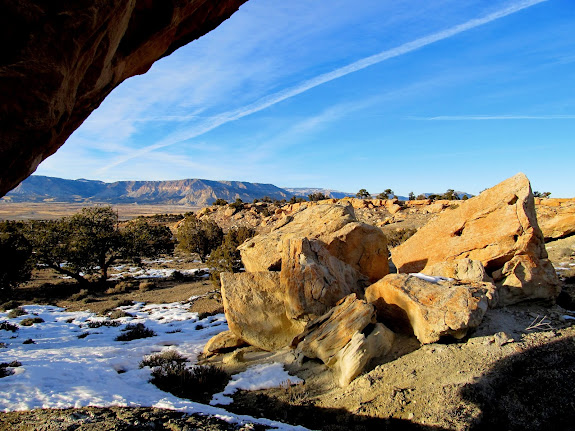 Along Highway 10, it’s easy to count down the minutes until I get home. One hour from Emery, 45 minutes from Ferron, 35 minutes from Castle Dale, 20 minutes from Huntington. It was just about the longest hour of my life because my MP3 CD got stuck in the player and I was forced to listen to either silence or the slim selection of local radio stations–either pop or country. I chose to listen to mostly static, occasionally pulling in a fragment of an alternative station out of Salt Lake City when atmospheric and geographic conditions were just right.