I’ve always been a “dog person.” I grew up having animals who were not just fixtures, but actual family members. The most memorable was a German Shorthaired Pointer named Choco. She was a sweet-hearted indoor dog who more often than not slept in somebody’s bed–never outside. My memories of her are fuzzy but I remember loving her like a sibling or my own child (even though I was a child myself). Since becoming an adult and being married, I never had pets of my own until I worked on my wife for several years. We found a runaway Brittany Spaniel in the desert and kept her for a few days until we found her owners. Those few days were enough to convince Traci that she could handle having a pet. Her family was not (and still aren’t) pet people, but Traci has grown to love Torrey like her own child.
So, ironically, it was Traci who had to work on me to convince me to get another dog. As much as I’d have loved another Brittany, I wasn’t certain I could handle two of them away from home. 95% of the time having two dogs would be fine, but it was the other 5% of my time that I spend hiking, camping, and backpacking that gave me pause. Torrey is 100% my responsibility because she spends that much time with me. She fell in our laps at just the right time, and so it came to be that Boulder did the same. She’s a purebred Brittany Spaniel, liver and white in color. Traci found her and her litter mates on Facebook for sale in Huntington. As much as I’d have loved another rescue, this just felt right. She was born on May 13th and we picked her up today, July 10th–just over eight weeks old. We checked out the mother and father first–the mom was orange like Torrey and the father liver, and they both looked a little smaller than Torrey.
The coming weeks will be an adventure, likely more so than when we got Torrey. So far Torrey isn’t receptive to the newcomer–my fault for not socializing her with other dogs. She’ll either learn to love Boulder or be miserable, but with her disposition I’m sure she’ll choose the former. Here is Boulder: 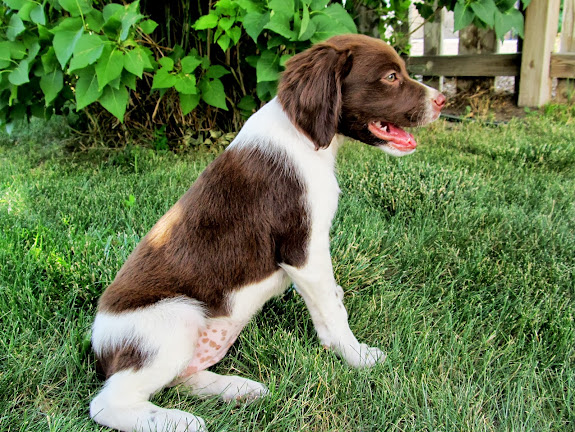 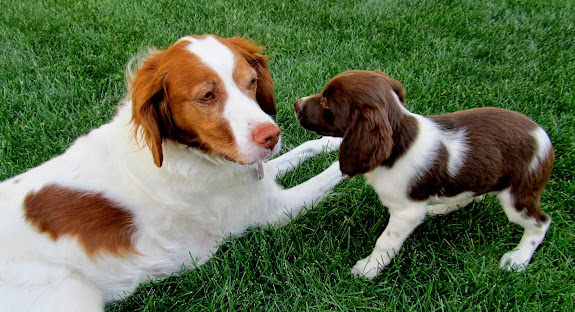 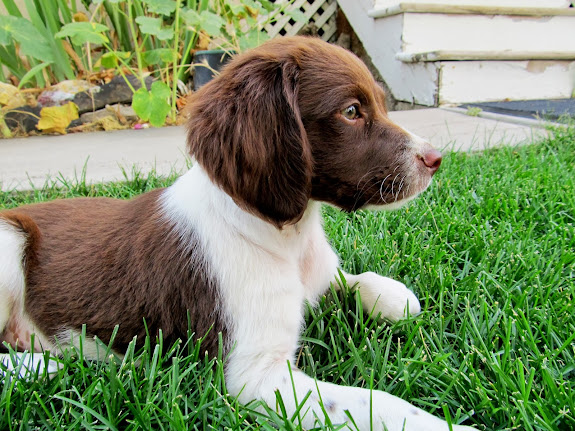 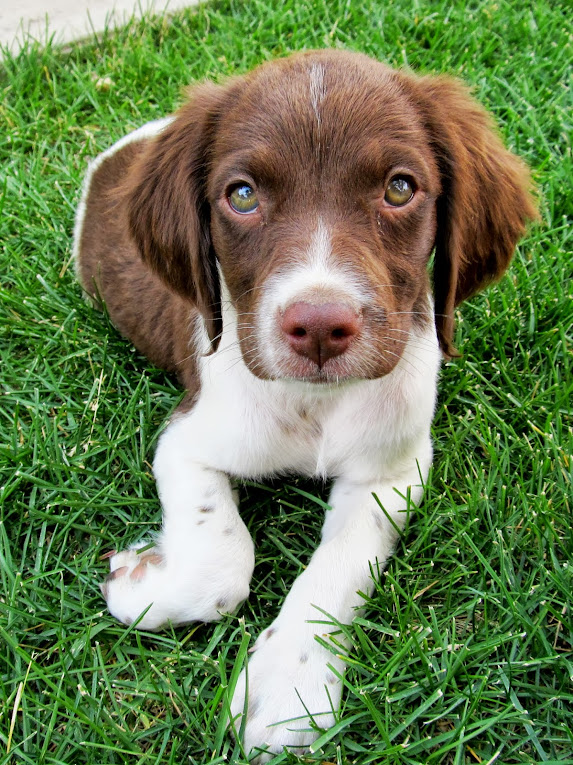 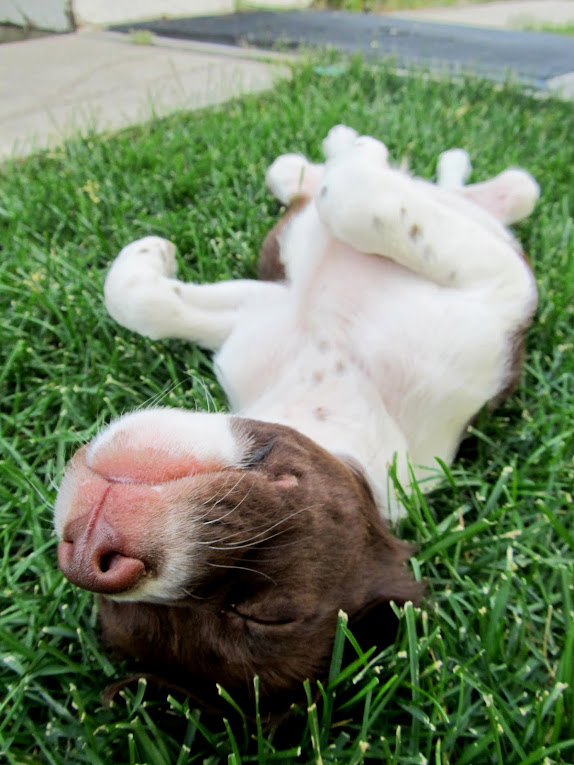 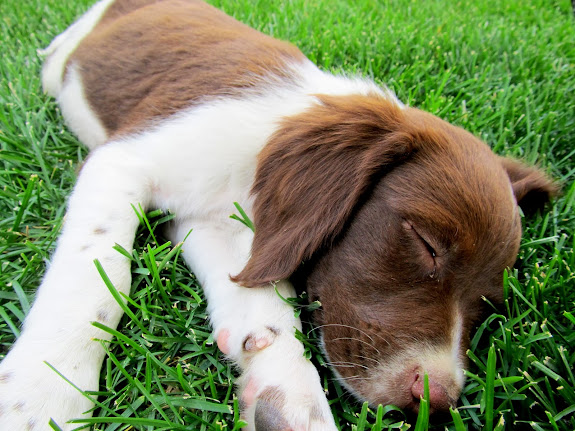