After failing to find the Bill Tibbetts inscription last weekend (I almost hate to use the word fail since it was a worthwhile outing by itself), Alan and I returned to the San Rafael Desert on Saturday and successfully located it. Alan drove this time, and he parked his truck near the edge of a wash that we’d be following for part of the hike. Temperatures were slightly warmer this weekend than the last–still not above freezing, but the sunny conditions made for pleasant hiking. We walked through the wash and followed a lot of rabbit tracks in the snow. The wash gave way to a maze of small slickrock drainages that we picked our way through. As we got nearer to the alcove where I’d figured Bill Tibbetts and Tom Perkins had hidden out, Alan and I split up and approached from different directions so we could each look for other signs of the outlaws’ presence during their stay. 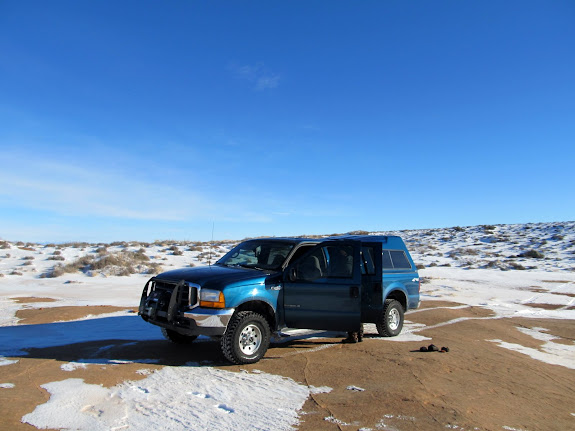 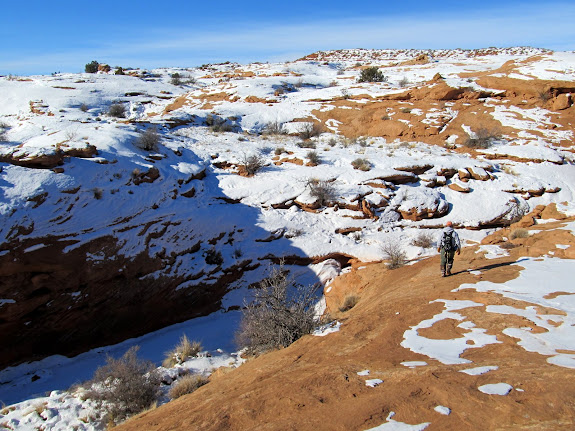 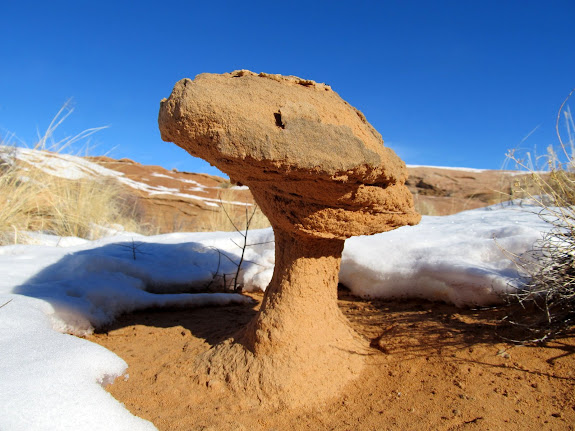 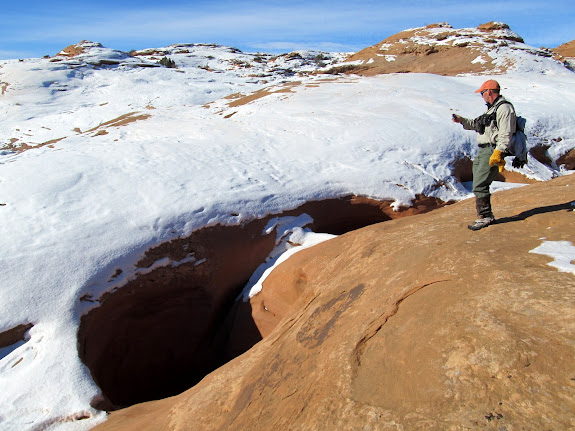 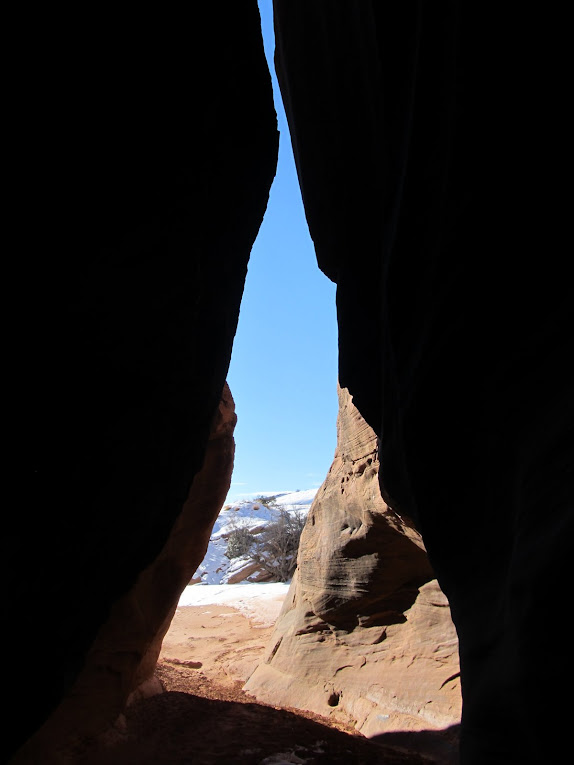 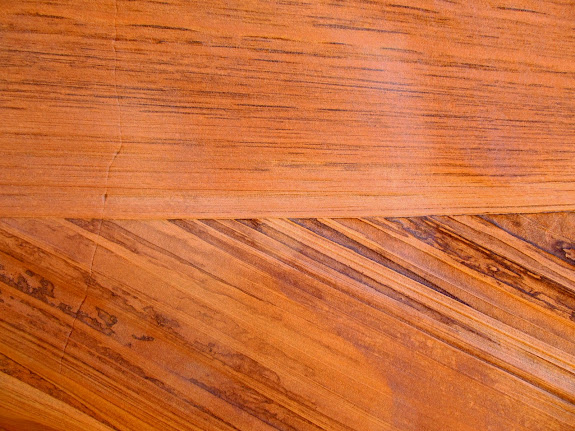 I rounded a corner and saw an alcove that was pictured in Tom McCourt’s Last of the Robbers Roost Outlaws. There was never any doubt in my mind that Alan and I were looking in the right place, but it was still a bit of a thrill to find what I was there after. This alcove, however, turned out to not be the one containing Tibbetts’ name. I poked around and found nothing but heavy soot on the ceiling and coals and ash on the floor of the alcove. I continued another few hundred feet to where Alan had gone and found him in another alcove, this one being the one with the names carved in the ceiling. We spent a fair amount of time there, examining the rocks in the alcove and looking for any other signs of the cowboys having spent time there. After finding nothing, we returned to the first alcove I’d seen so Alan could check it out. There, he spotted some names carved in a boulder that I’d completely missed. Two of the names, Alan later found out, belong to Tom McCourt’s grandfather and his business partner–an interesting coincidence! We also saw Ephraim Moore’s brand carved in the boulder. Eph was Tibbetts’ uncle and brought supplies to them while they were hiding out in the desert. 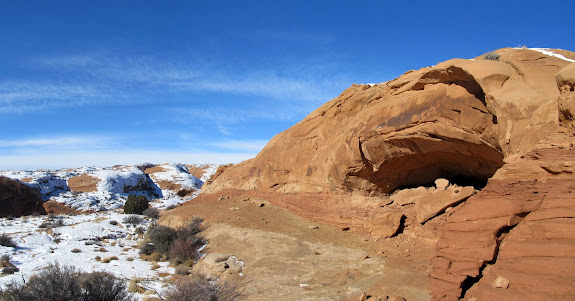 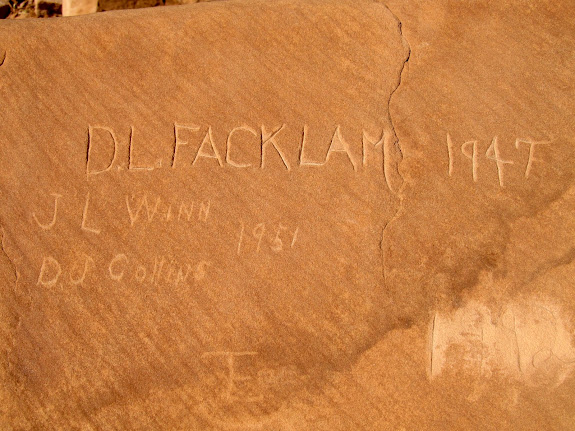 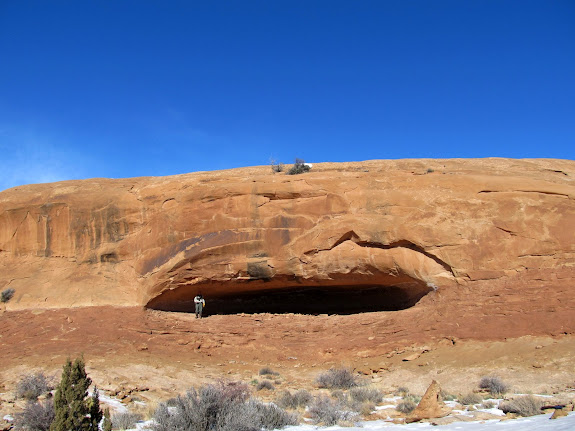 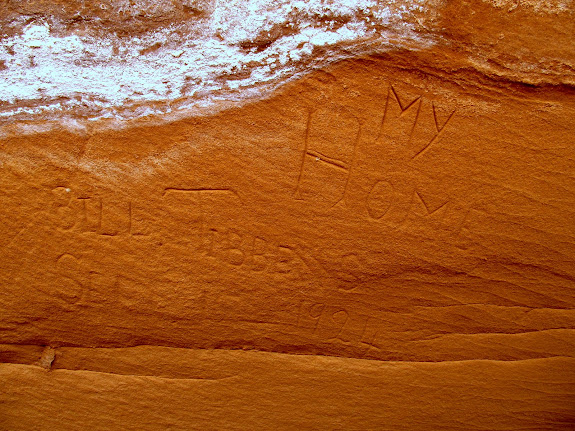 Alan and I hiked back to the truck using a different route and explored some new country along the way. We looked for the usual things–rock art, arrowheads, etc.–but found only some sharpening grooves on a cliff. There was a natural arch that took some sketchy scrambling to reach, but we made it up there just to get a closer look at it. It would have been easy reaching the arch were it not for the snow on the sandstone. We got back to the truck and it seemed relatively early to be calling it a day, but there wasn’t much else to do in the area without putting us out after dark. We headed home and I, for one, felt great about having put fresh tire tracks and boot prints in the snow two weekends in a row where apparently few tread during the winter months. 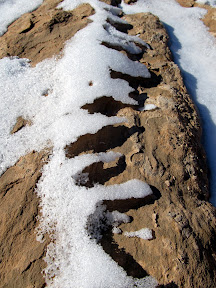 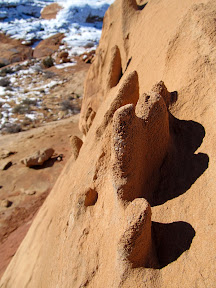 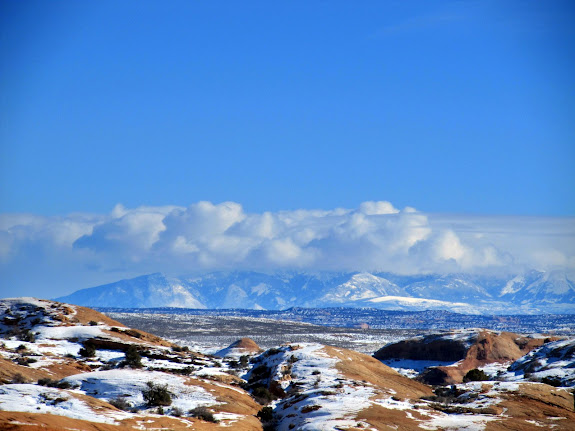 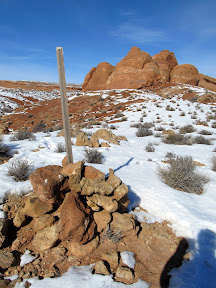 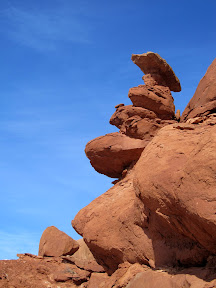 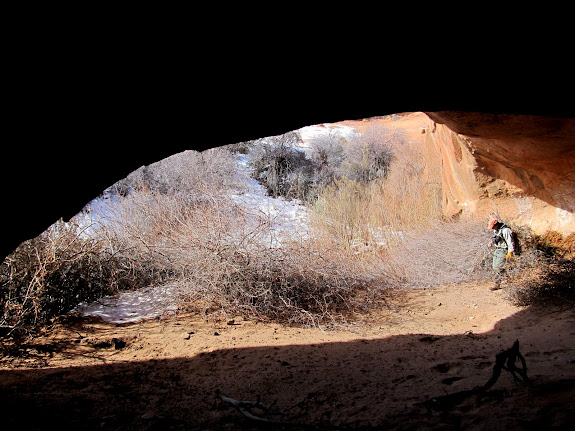 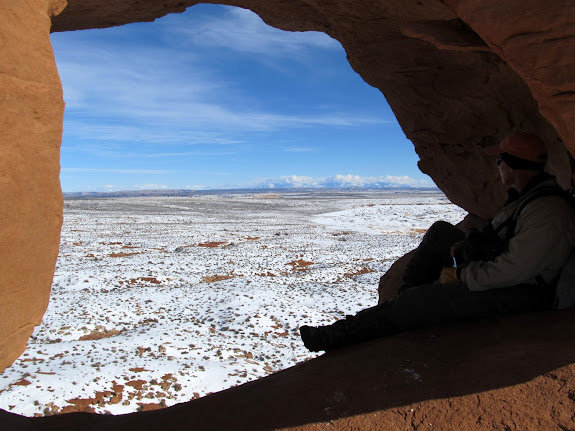