Last weekend I was invited to hike with Alan and Wade, two friends with whom I share a lot in common but haven’t spent much time with. I’ve hiked with Alan before (to Sid’s Mountain) and have met him a handful of times since, but Wade I only knew through Facebook before meeting him on Friday. Alan picked me up at my house at 7AM on Friday, then we drove to Ferron to pick up Wade. They told me the name of the area where we’d be hiking, but it wasn’t a name I was familiar with nor could I find it on any map. I had very little idea what we’d be doing. From Ferron we drove a little while longer until Alan parked his truck on the side of a nondescript dirt road somewhere in the drainage of Muddy Creek. We’d each brought a dog to hike with, and I was worried about how well Torrey would get along with Alan’s and Wade’s dogs. She’s not very well socialized and tends to shy away from more aggressive dogs, but she got along well with Penny (Alan’s chocolate lab) and Sophie (Wade’s heeler/border collie mix). The hike started off with an easy walk across a flat along an old, unused dirt road that had seen much more cattle traffic than vehicular traffic in recent years. 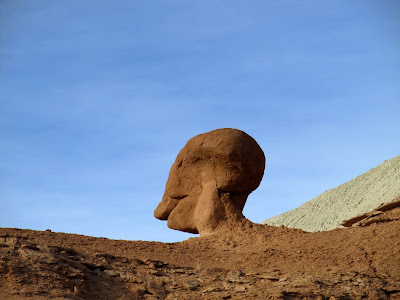 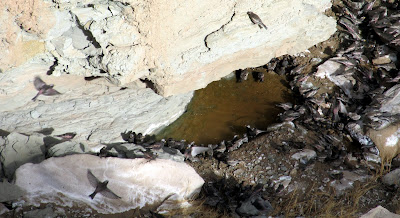 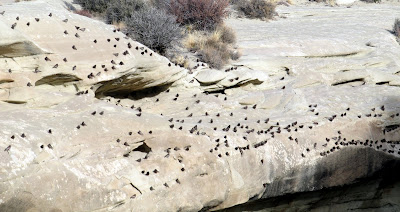 The landscape was dotted with small knolls of Entrada Sandstone and Curtis Formation. We were searching out historic pioneer/cowboy writings and prehistoric Archaic/BCS/Fremont Indian writings, which isn’t much of a departure from my usual hiking M.O. One thing I learned early on in the hike is that the area was littered with lithic scatter–shards of flint/chert discarded by the Native Americans who roamed the area a thousand or more years ago. There was an unbelievable amount of chert flakes on the ground! I would often fall behind the others as I bent over to inspect a half-buried piece to see if the edges had been worked. 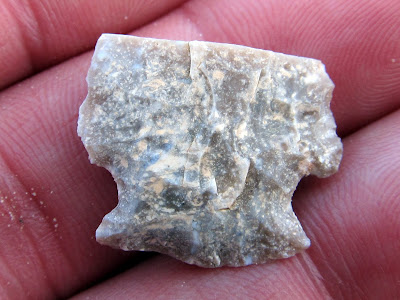 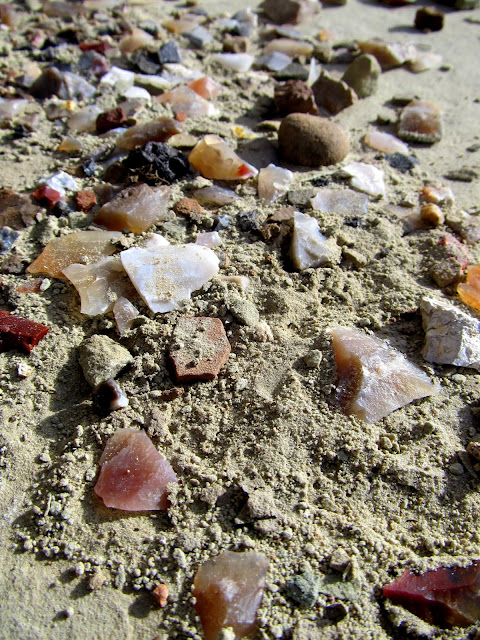 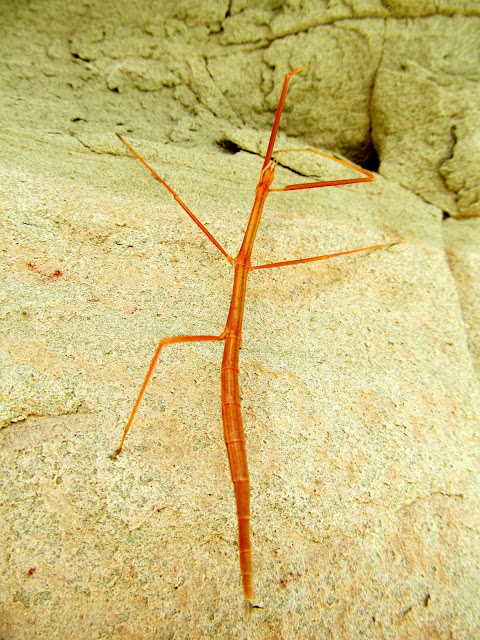 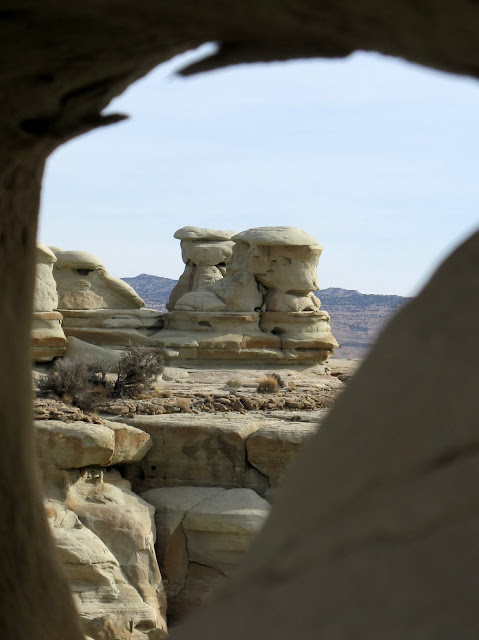 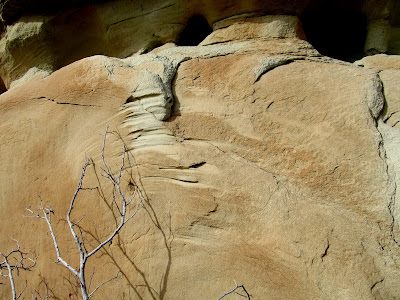 We found a number of petroglyph and pictograph sites. None were terribly exciting, but just knowing that the area was previously occupied by what seemed to me a large number of natives was exciting to me. We stopped for lunch and had a small fire in which Alan and Wade heated their canned lunches, while I ate some elk pepperoni from an animal my father-in-law had killed earlier this fall. During the return hike we covered a bit of ground we’d previously hiked, and the three of us split up and kept our eyes on the ground. I found it interesting that our dogs had previously intermingled when we were hiking together, but when the humans split up the dogs gravitated toward their owners. I found several nice arrowhead/spear points and a piece of Emery gray pottery. The others jokingly vowed to never invite me back because I’d found more artifacts than their combined zero. 🙂 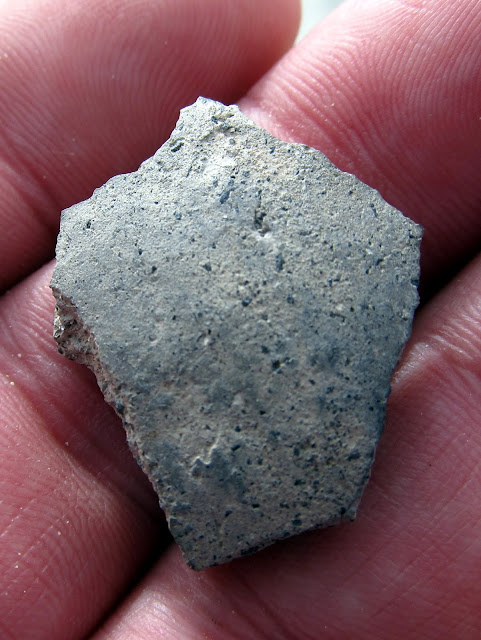 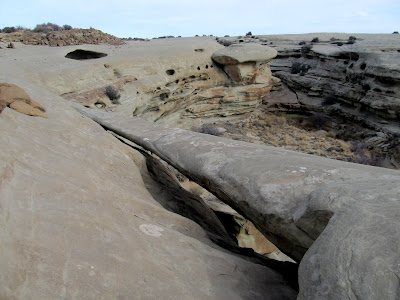 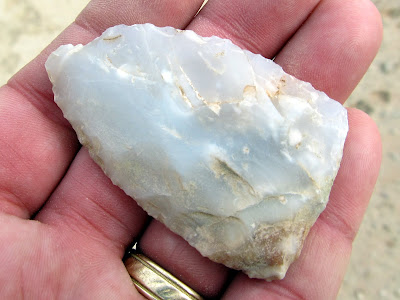 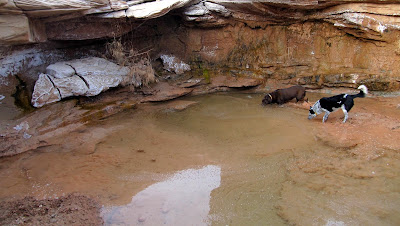 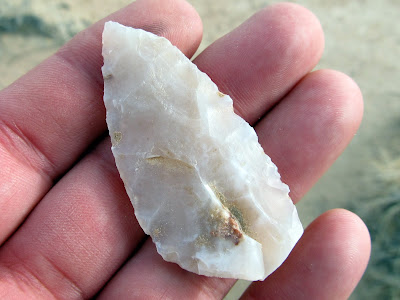 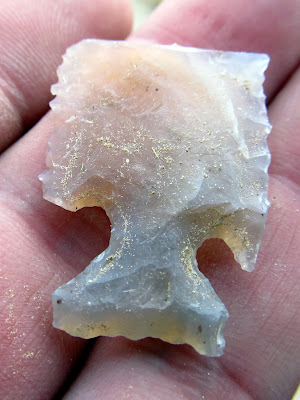 4 thoughts on “Lithics, Scratches in Sandstone, and Hiking with Dogs”