After work today I went for a 4.5-mile hike in Horse Canyon. There are more than 20 Horse Canyons in Utah (and two in Carbon County), with this particular one being west of Price and south of Pinnacle Bench. I chose the canyon because it was close to home and could be hiked in a few hours. I got off work around 3:00PM and loaded mine and Torrey’s packs with water and hopped in the truck. By 3:30 I’d parked where a gravel road crosses Horse Canyon near a gas well, and I began hiking up the wash. The section of Horse Canyon that I hiked was cut into the Blue Gate Member of the Mancos Shale, typical of most of the area surrounding Price and, in my opinion, a little boring to hike in. I came to a dryfall that I had to climb out of the canyon to get around. Above the dryfall the wash meandered a lot, but there was a very well-defined game trail that cut a more direct route across the meandering water course. 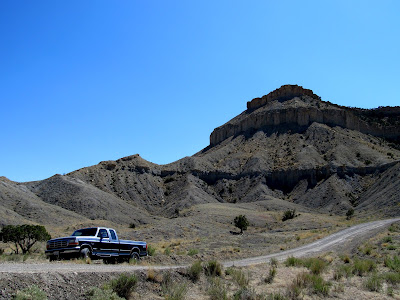 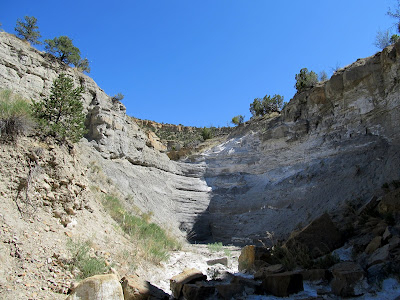 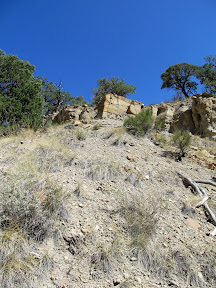 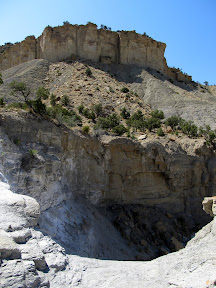 I saw some nice cactus blooms during the hike. There were at least three varieties: Hedgehog Cactus (which I hadn’t seen much of before), Claret Cup, and Prickly Pear. There was a fairly recent rockfall that spilled down into the canyon–a pinyon pine that was knocked down with the falling rock was still pretty green. As I approached another dryfall (that I was expecting after studying the imagery in Google Earth) I started noticing a lot of cat sign. There were piles of fur and bones from sheep and deer, cat tracks, and cat scat all over. I started getting really nervous because the canyon had narrowed up and had impassible cliffs on both sides as I approached the dryfall, meaning any critters that fled ahead of my approach would soon find themselves cornered. I walked slowly and made plenty of noise while stopping frequently to listen ahead and keep an eye on my backtrail. I reached the dryfall without any animal encounters, then started backtracking to look for a way up the cliffs so I could get above the dryfall. 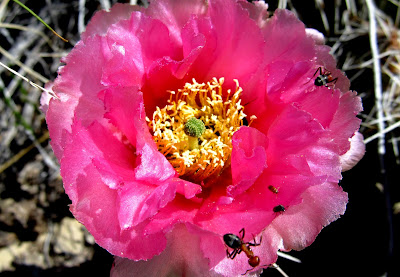 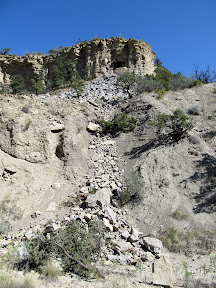 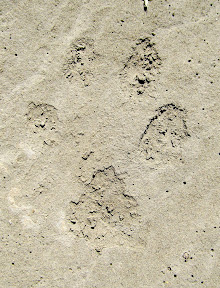 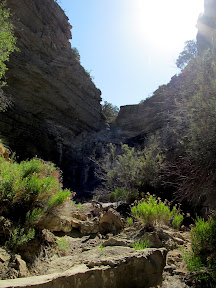 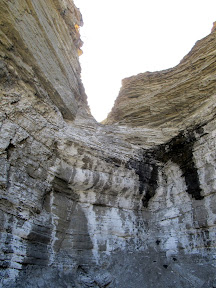 I took a small fork in the canyon and came up against another impassible dryfall, but found a very steep and rocky chute through a break in the cliffs that looked climbable. I really shouldn’t have climbed it, but so far I hadn’t had much fun and didn’t want to return home unsatisfied. It was a strenuous climb and my calves ached from trying to remain upright on such steep ground. I had to lift Torrey up one section but otherwise she handled it well even wearing her pack. We got to the top and found another very well-traveled game trail that followed the top of the cliff band above the canyon. I followed the trail and found a place to drop into the canyon above the dryfall. I hiked further up the canyon until I was about a third of a mile from another gravel road that crosses it. From there I could see that there wouldn’t be much of interest between me and the road, so I turned around and traced my path back to the truck. Descending the chute was easier than going up, but I couldn’t keep Torrey from going ahead of me and I accidentally knocked a large rock down the hill that hit her leg. Luckily she didn’t appear to be hurt by it. I got back to the truck as the shadows were beginning to get long. I felt good about getting out for a weekday evening hike, and now I can say that I’ve hiked Horse Canyon so I don’t have to do it again. 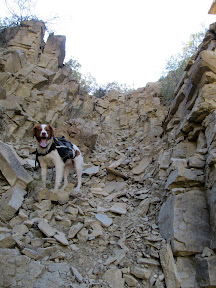 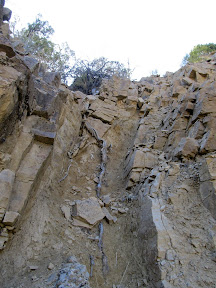 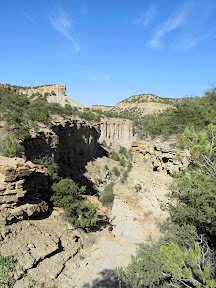 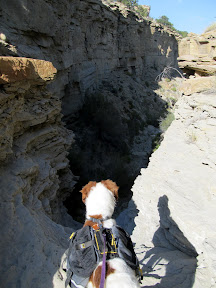 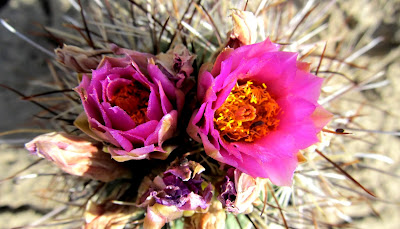 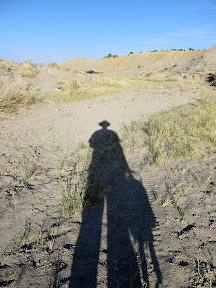 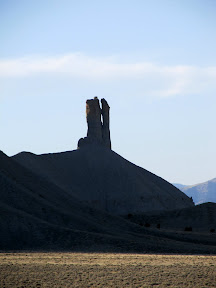