Late last year I got an e-mail from Listorama (Dave) asking if I’d be interested in a hike in the San Rafael Reef sometime in April or May. I’d met up with Dave once four years ago for a little hiking, and checking out the Reef with him sounded like fun. He got in touch again in mid-April and we made plans to meet last weekend. I drove down to our planned camp spot near Spring Canyon (that’s the unofficial official name of the canyon) after work on Friday afternoon. I was there by 4:30 but hadn’t planned on Dave arriving ’til around 5:00 or 6:00, so I thought I’d take a short hike up the canyon to the dryfall and pool. I only got a couple hundred yards from the truck when I turned around to take a photo and saw Dave near where I’d parked. I walked back and we decided on a spot to camp. It was a little windy so I put off setting up my tent until it was almost dark, but the wind never let up–it kept me from sleeping through the night, but by morning things were calm and perfect for hiking. 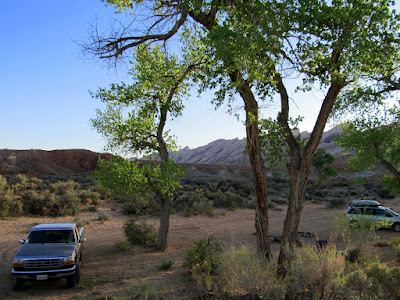 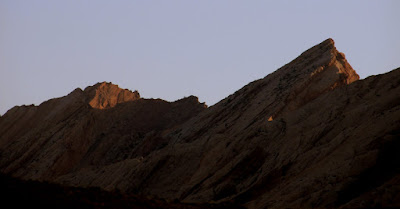 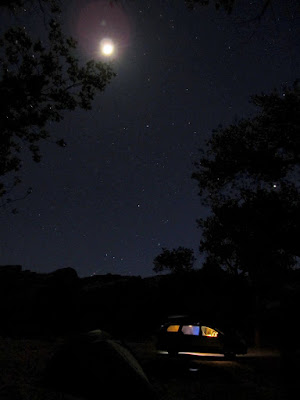 We were awake by 7:00 on Saturday morning. We ate breakfast and I took down my camp, and we started hiking at 8:30. I had been twice to the point on top of the Reef to which Dave wanted to hike, once in 2004 and again in 2006. I still had my GPS tracklog from the 2006 hike, and I uploaded a few key waypoints into my GPS for this trip to help us find our way past the difficult-to-navigate sections in case Dave wanted to follow my route. We did just that, but there was one spot where we had to sit on a ledge and slide on our butts down to the bottom in order to get into the correct canyon. Dave wasn’t comfortable doing it, but he did anyway with the caveat that we not return that way. I was all for that because I wanted to see some different terrain on the way down the Reef. 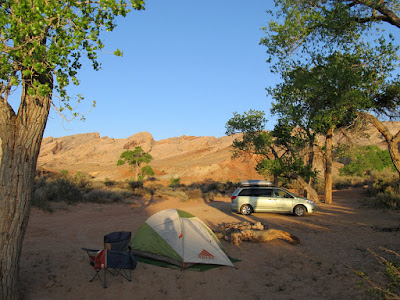 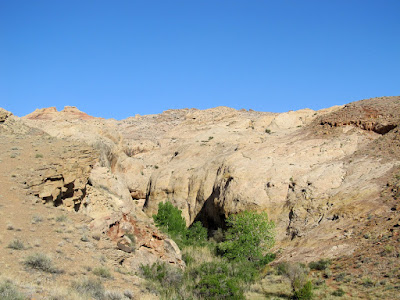 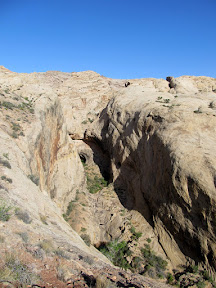 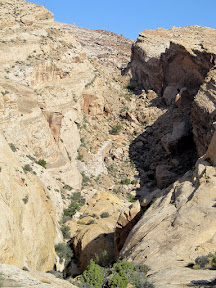 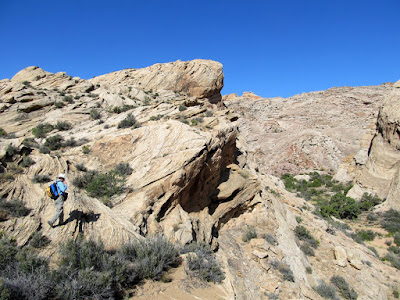 After some steady climbing–some on broken terrain and some on enormous smooth slabs of sandstone–we reached a very pleasant valley formed around a large fault in the sandstone. I’d been there before but didn’t remember it being this nice. We reached the edge of the San Rafael Reef, though there were cliffs separating us from a higher point on the Reef to the northeast. We broke for lunch in the valley, then lied down for a bit and I almost fell asleep. The cool breeze was offset by the occasional calm that let me absorb warmth from the sun. After a nice rest we separated and each explored on our own for a bit. Dave checked out the lower edge of the cliffs on the west side of the valley while I scrambled around both sides of the fault crack in the center of the valley trying to get a better view into a large canyon to the south. After meeting back up where we’d stopped for lunch, we headed back down the valley in search for a route to the higher point on the Reef to the northeast. 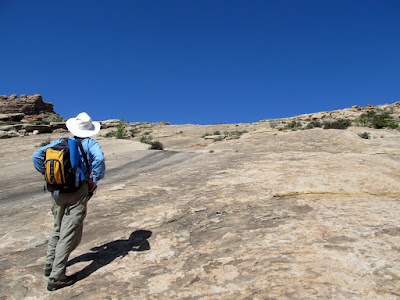 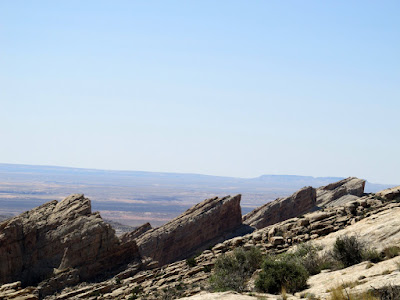 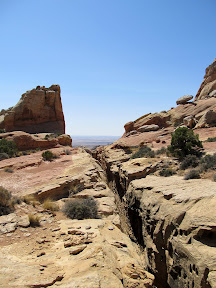 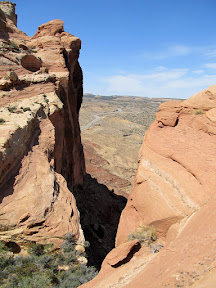 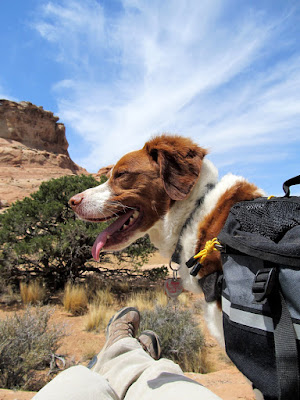 We only backtracked less than a quarter-mile before finding an easy break in the cliffs to walk up and reach a higher point at the top of the Reef. We enjoyed the view from a slightly higher vantage point, then started our descent back to the vehicles. We didn’t follow my GPS tracklog on the way down and ran into a couple of obstacles that required a little backtracking to get past. We got to within a quarter of a mile of the ledge that Dave didn’t want to reascend and started following a route that Dave had discovered on previous trips. His route was less technical but more strenuous, requiring us to ascend and descend slopes across two canyons before being able to exit the Reef toward our vehicles. I enjoyed taking a different way out, but my body was starting to overheat a little bit with the added exertion. It was a relief when we could see our vehicles and knew it was an easy walk back to them. We said goodbye and I felt great as I started the drive home. We’d hiked 7.5 miles and gained/lost 1,600 feet of elevation between the vehicles and the top of the Reef (much more when you consider all the ups and downs along the way). During the drive back to Price, though, I got a migraine, probably from some slight heat exhaustion. When I got home I took some ibuprofen and went to bed at 8:00PM and slept for 12 hours. It was the first time in quite a while that I felt sore after a hike, but it was a good kind of sore. 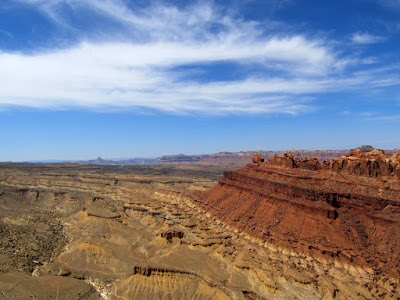 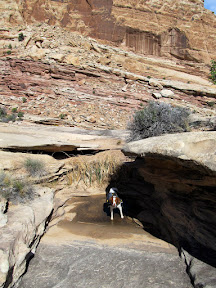 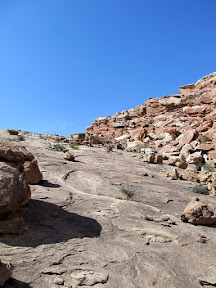 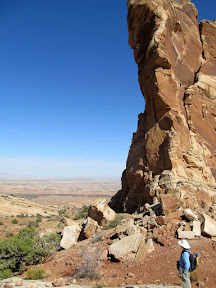 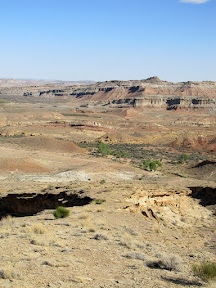