For the second weekend in a row I found myself hiking in the Wasatch Range. This time, in Mill Creek Canyon, the autumn colors were vivid despite the drab skies. I was there with a group of geocachers, led by my friend Chris Rock who was doing her 100th organized hike. There were over 20 people who made the hike, plus more who showed up for the post-hike lunch. We met at 9AM and began hiking up the Desolation Trail. My other friend Chris said he’d be there but when the group left the trailhead he wasn’t there. A short while into the hike, though, Chris caught up via a shorter, steeper trail from Thayne Canyon. 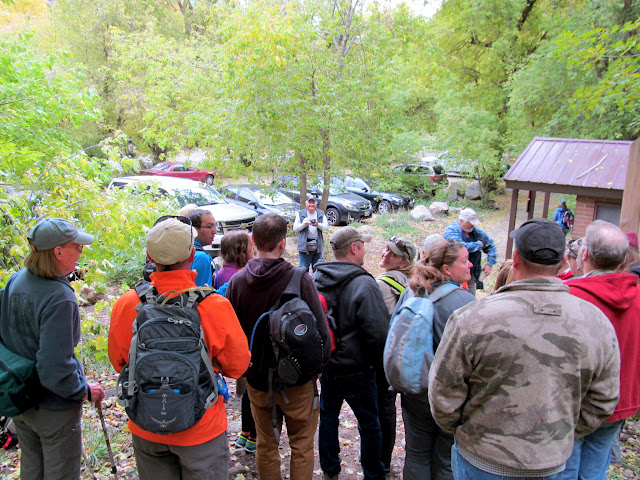 Moss along the trail 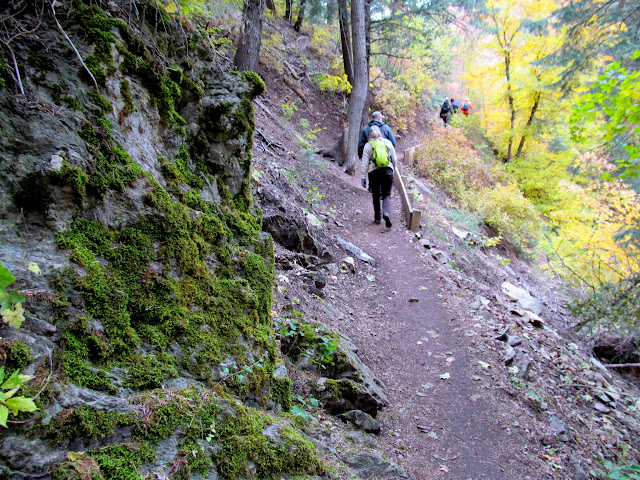 Colors through a window in the pines 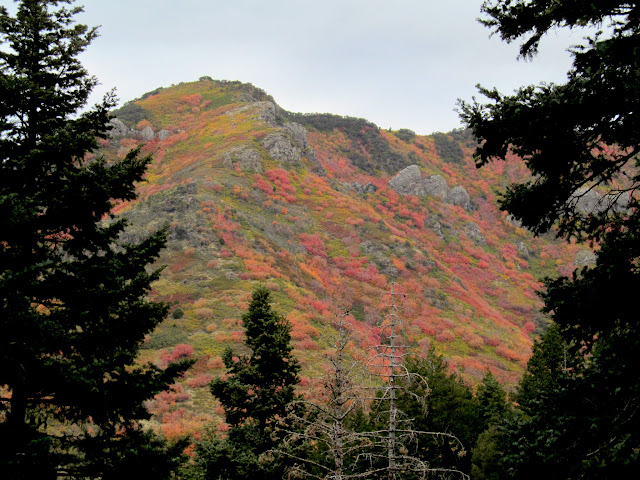 Chris catching up to the group 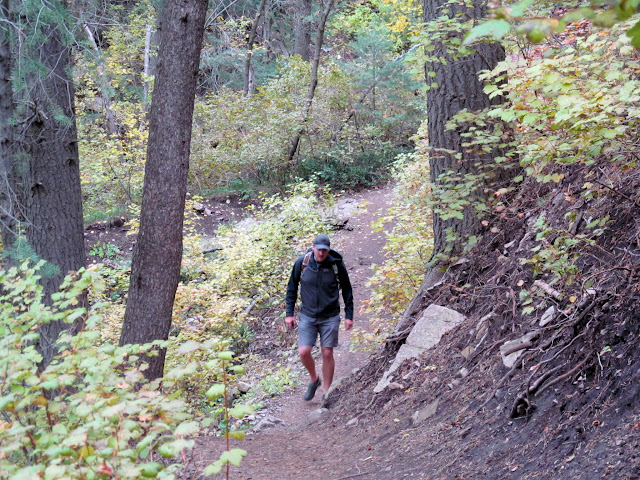 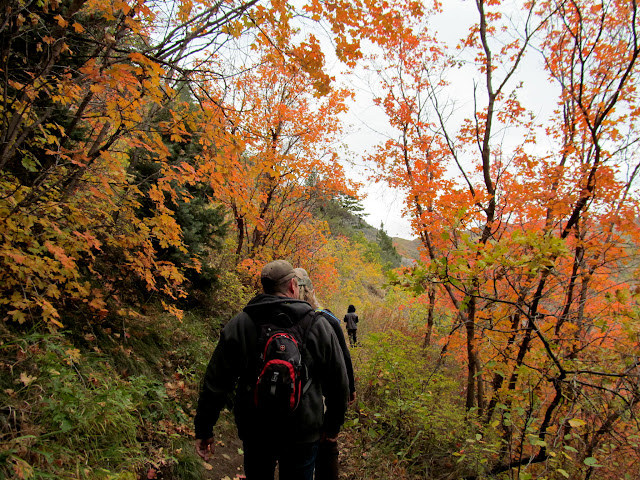 There were a few views into Mill Creek along the trail, but much of the views were obscured by trees. Those trees, however, were extremely colorful. The group stopped to find a few geocaches on the way up the trail, including one at a nice natural arch. We reached the Salt Lake Overlook and everyone had a camera or phone in hand to capture the view and/or take advantage of the brief moment of cell service. 🙂

Vista of the north side of Mill Creek Canyon 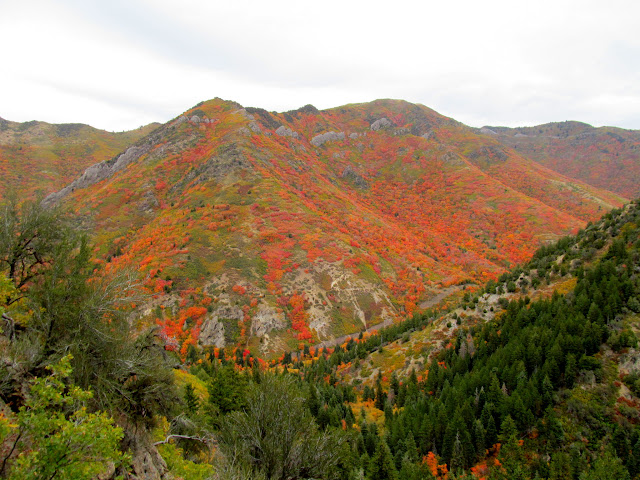 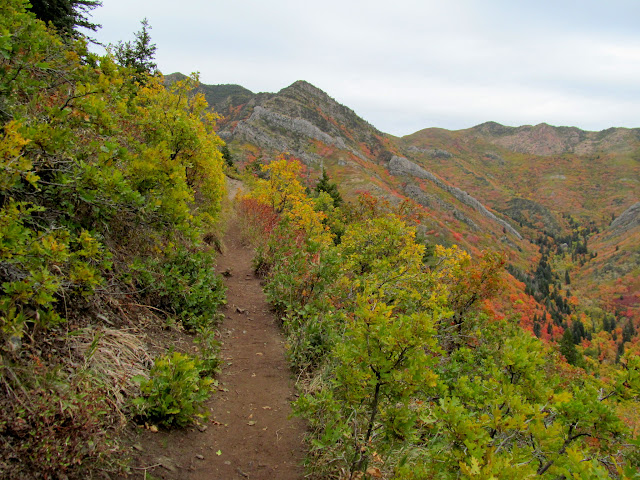 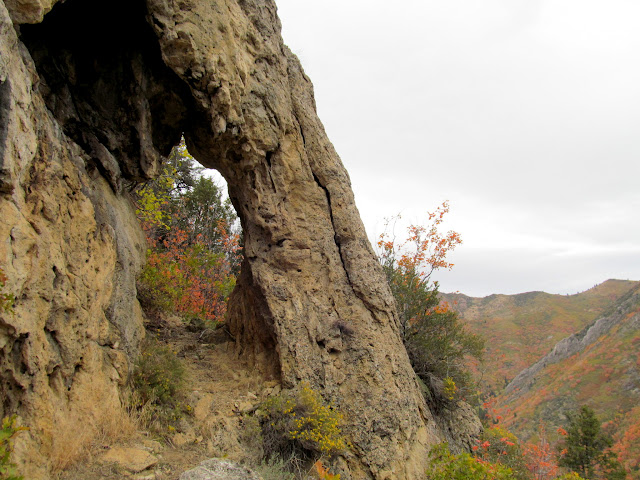 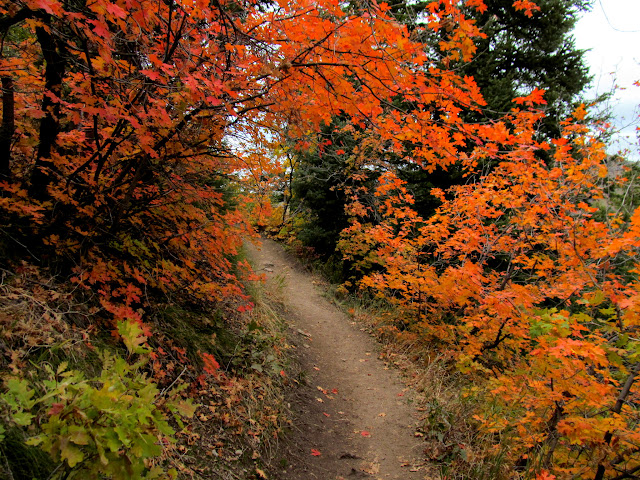 Trampled tree roots on the trail 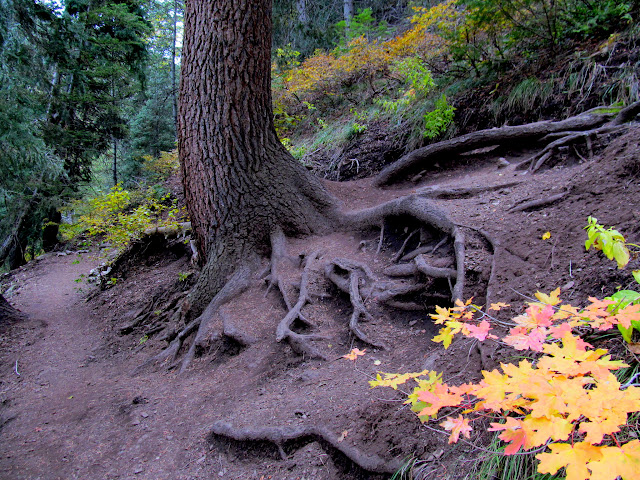 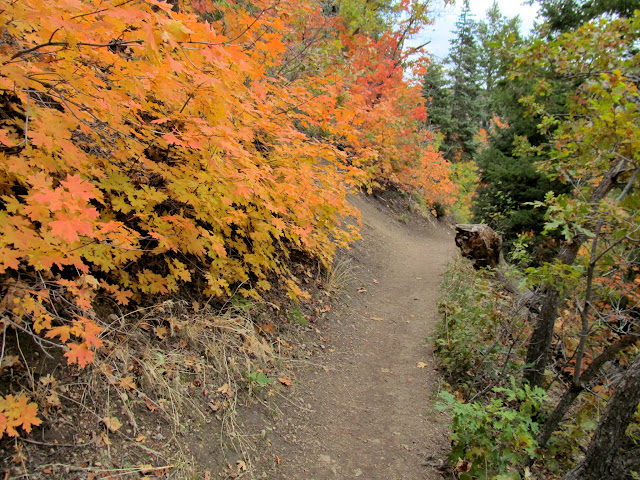 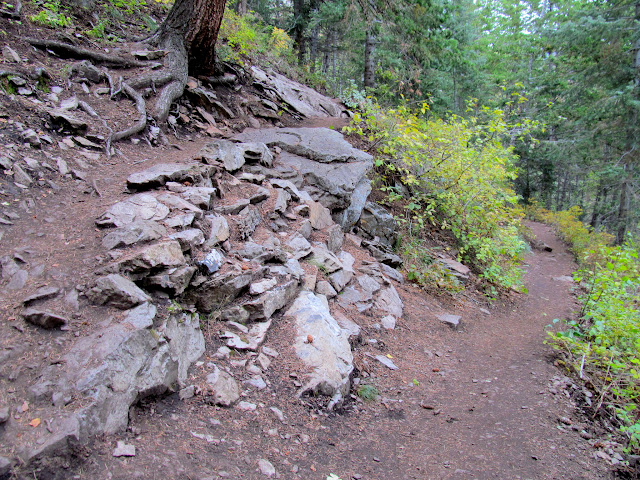 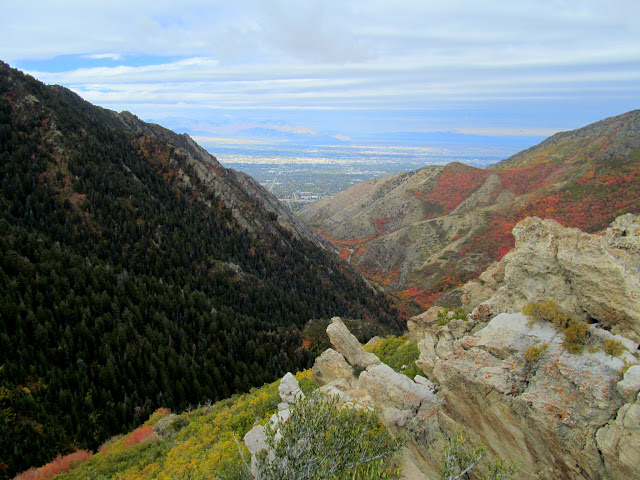 View along 3900 South through Millcreek 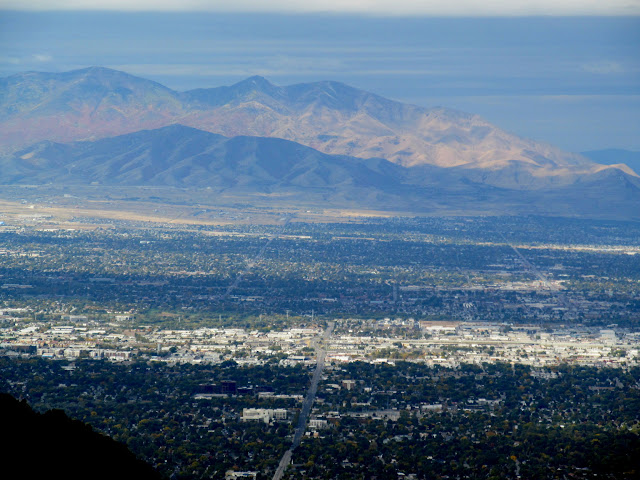 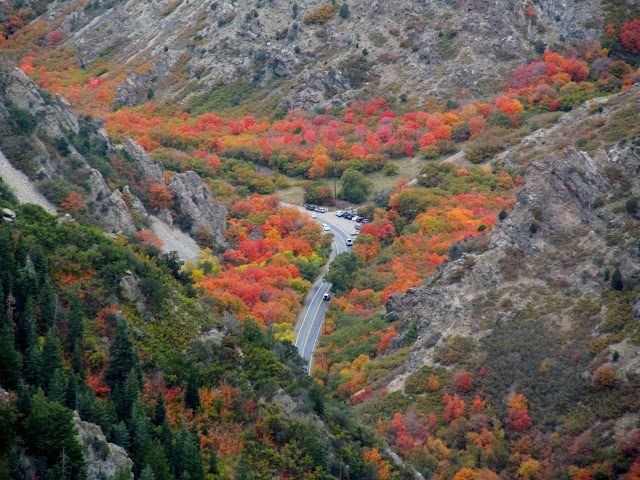 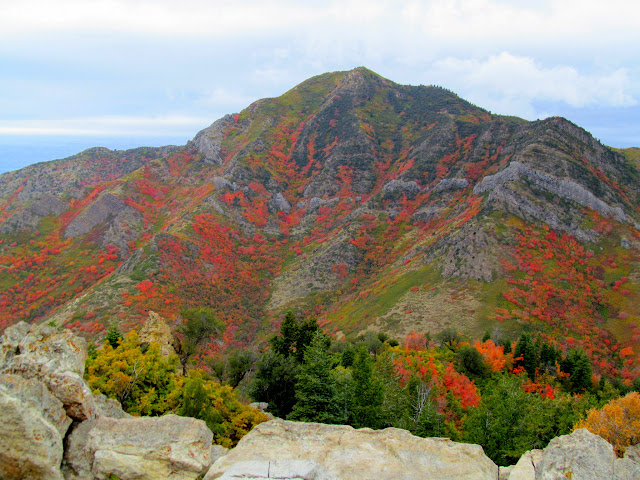 It was chilly and breezy at the overlook. I didn’t don a jacket ’cause I figured I’d warm up by keeping a brisk pace on the descent. That didn’t happen–it got colder and even began to lightly snow by the time we got back to the picnic area at the trailhead. The hike had been about 5 miles with 1,300′ elevation gain/loss. Everyone busted out potluck items for the lunch and we enjoyed burgers, chips, salads, and desserts. I had some firewood in the roof box so we had a warm fire around which to gather. This was only my second Sunday Morning Hiking Series event, though if I lived closer I would have gone to many more of ’em. I’m sure I’ll be to a handful more in the coming years. 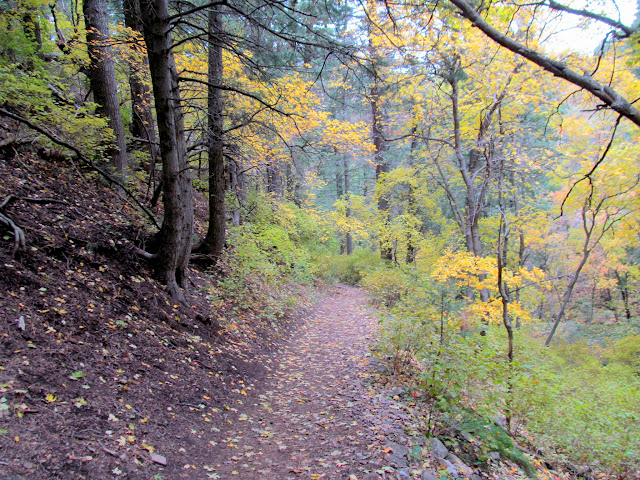 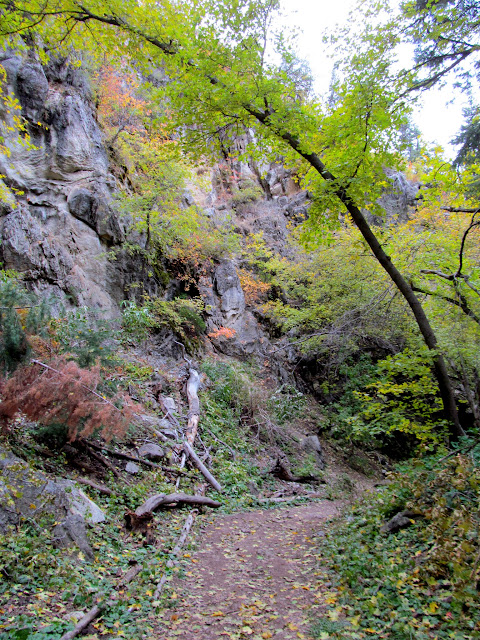 Lunch after the hike 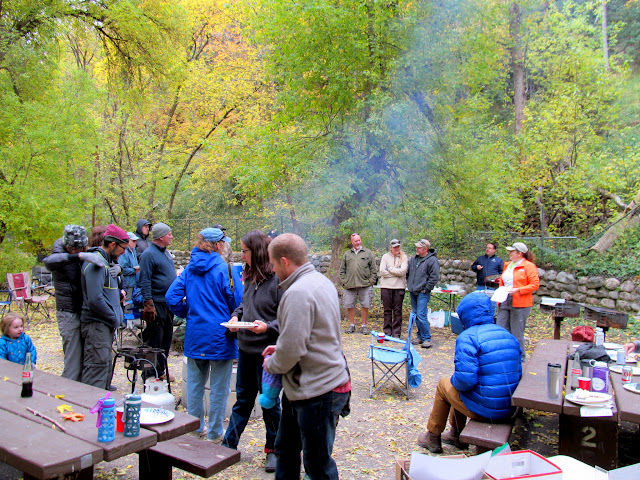