With snow lingering in the upper reaches of the mountains still, I went for a dirt bike ride in the mid-elevation foothills where the Wasatch Plateau and the Book Cliffs come together. I rode a similar loop on an ATV in the winter of 2010, but since my motorcycle is street legal and has greater range, I was able to ride straight from my house this time. The loop begins near Pinnacle Peak, then climbs up Pinnacle Canyon and Haley Canyon onto the benches surrounding the head of Gordon Creek and its tributaries. The route then barely enters the Manti-La Sal National Forest before looping back toward Price via Consumers Road.
This ride was just over 60 miles and took about four hours to complete. The riding was mellow, and the graded dirt roads were in great shape. Many of the normally-dry washes were flowing with snowmelt. My first major stop was at the end of the road in Corner Canyon to walk around and stretch my legs for a bit. 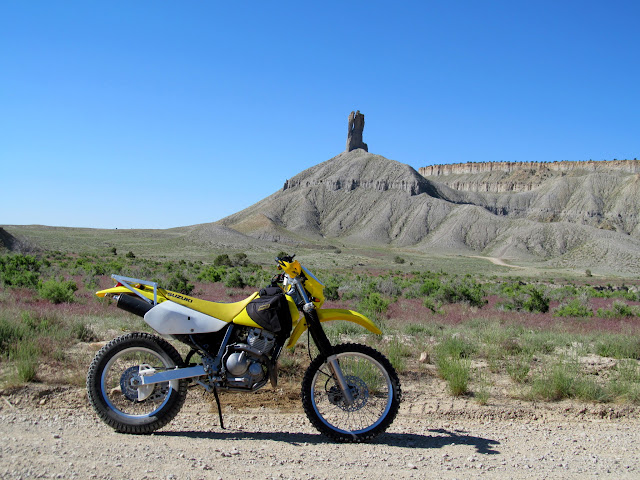 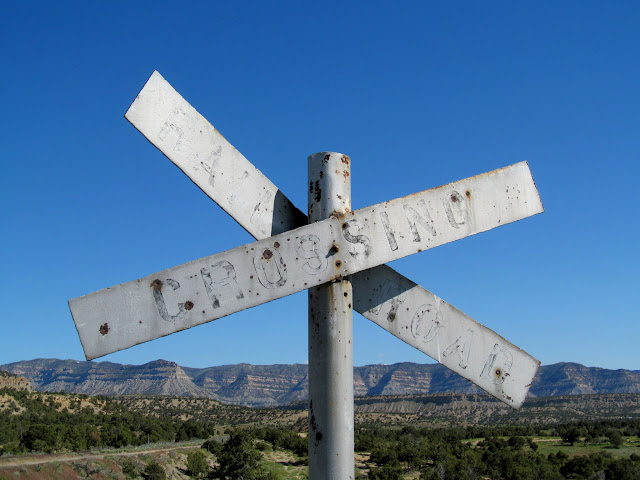 Haley Canyon with a small flow of water 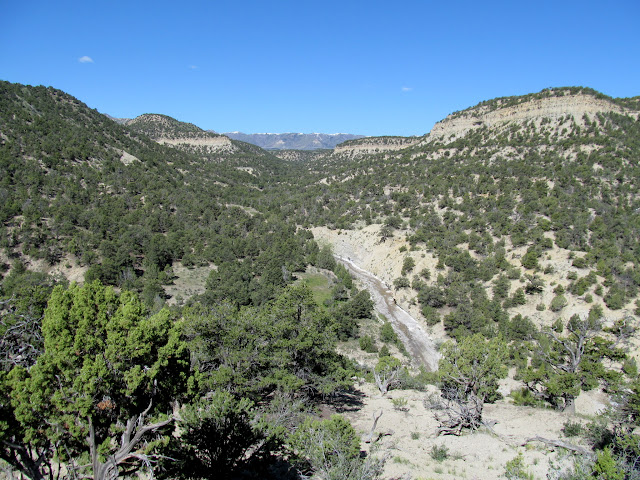 Bike on the road 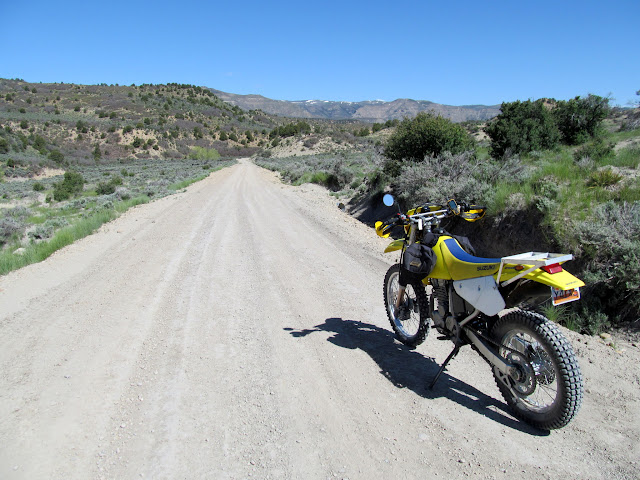 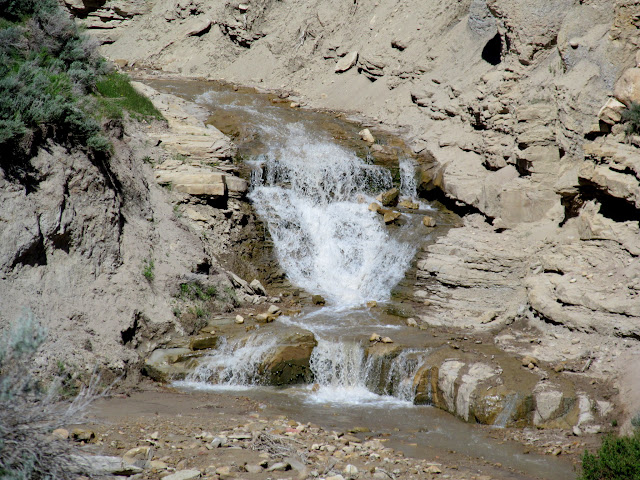 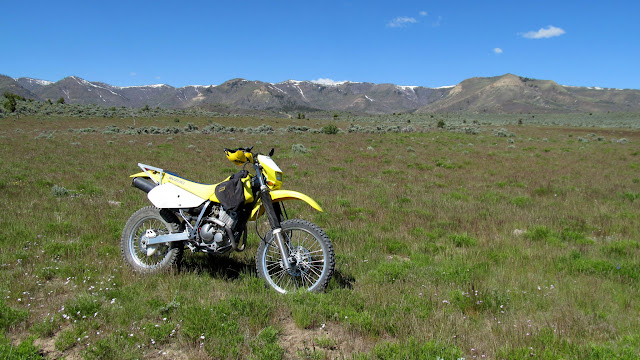 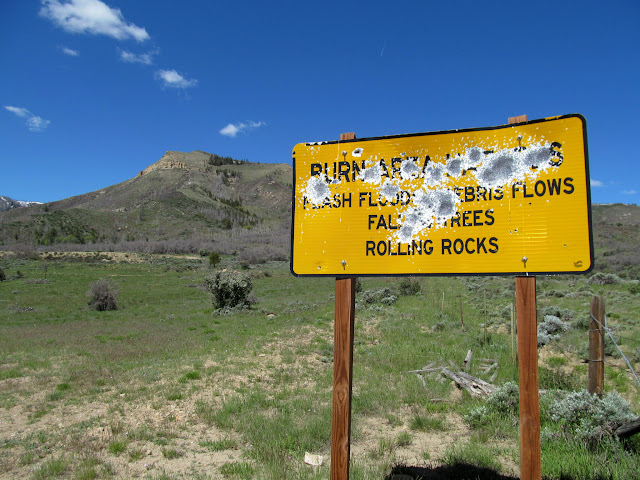 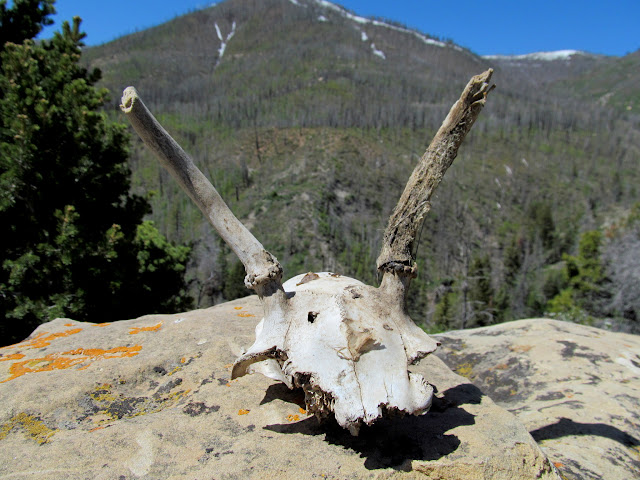 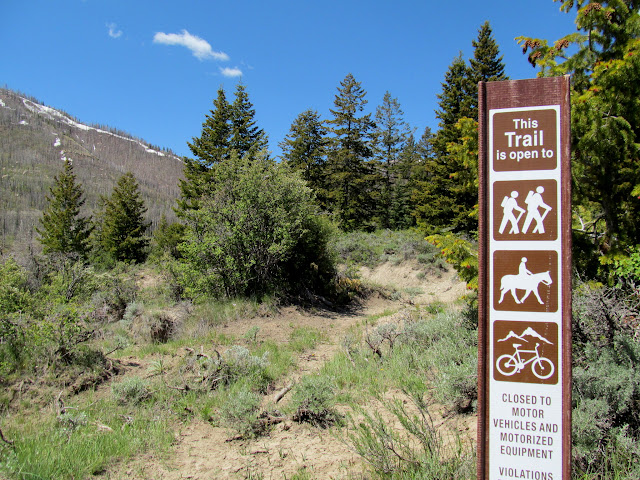 I proceeded north to Second Water Canyon where I stopped again for a snack, then continued to Bob Wright Canyon for a short hike. About 25 years ago I was deer hunting in the area and saw an old steam boiler, but cannot recall where it was. I hiked around where I thought it might be, but I only found some carvings in the aspen trees there. 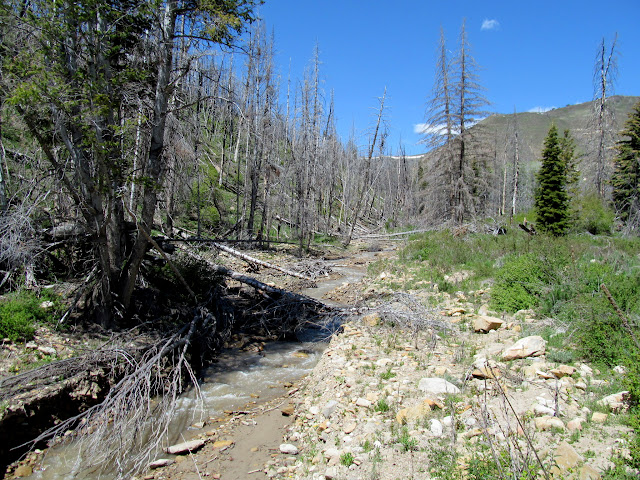 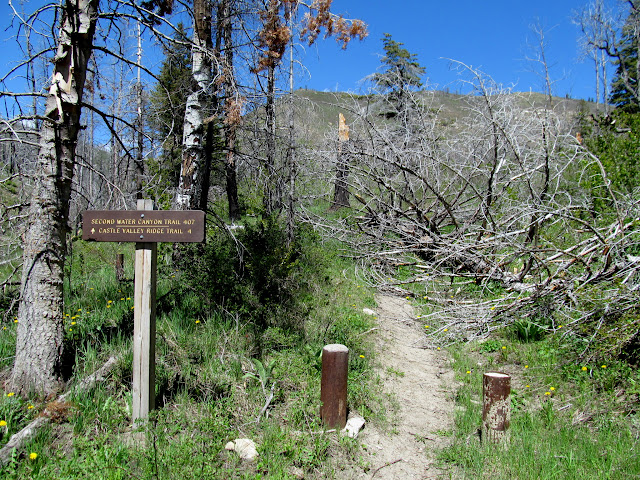 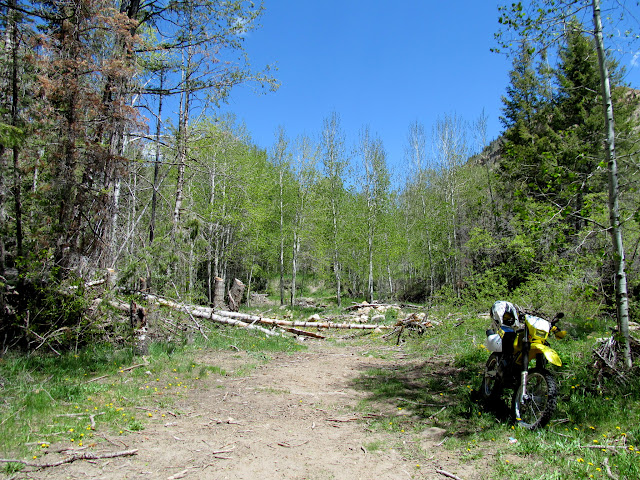 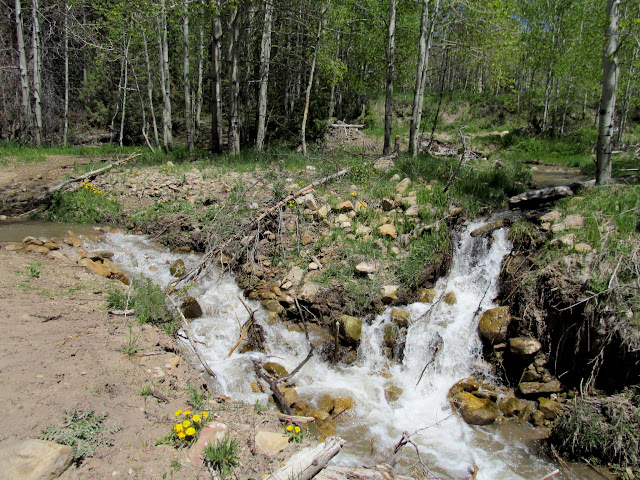 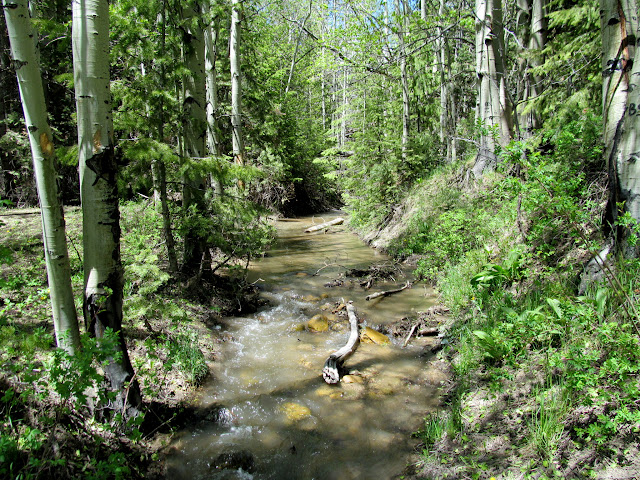 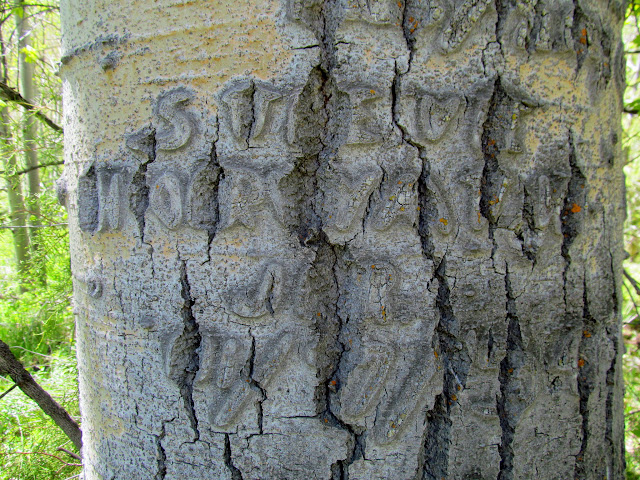 Riding on toward Consumers Road, I decided to climb the road toward Beaver Creek to see if it was passable. I ran into a patch of snow and mud just above the first couple of switchbacks, and I knew there would be much more snow higher up so I didn’t proceed any farther. The rest of the ride was an easy cruise on pavement all the way home.

Climbing up to Beaver Creek 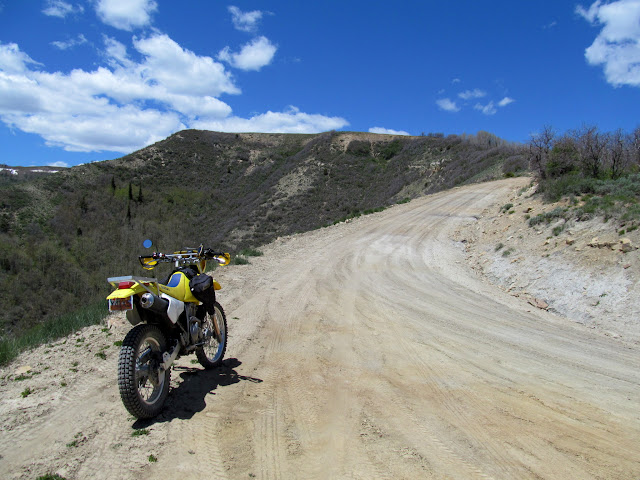 View along the North Fork of Gordon Creek 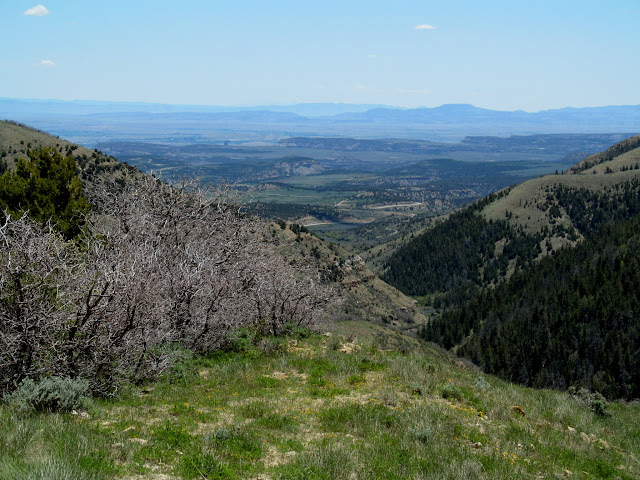 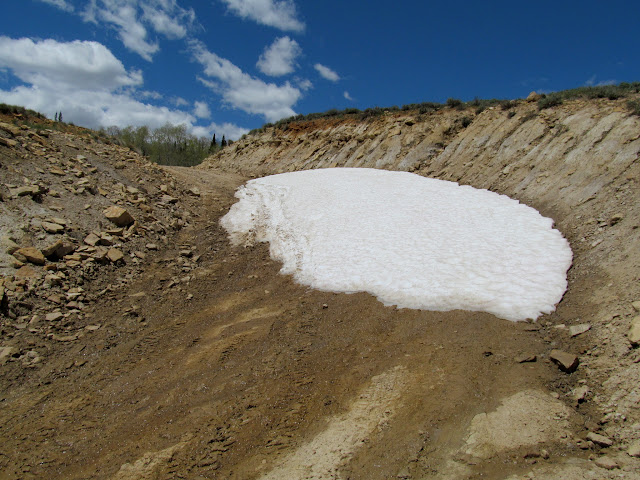 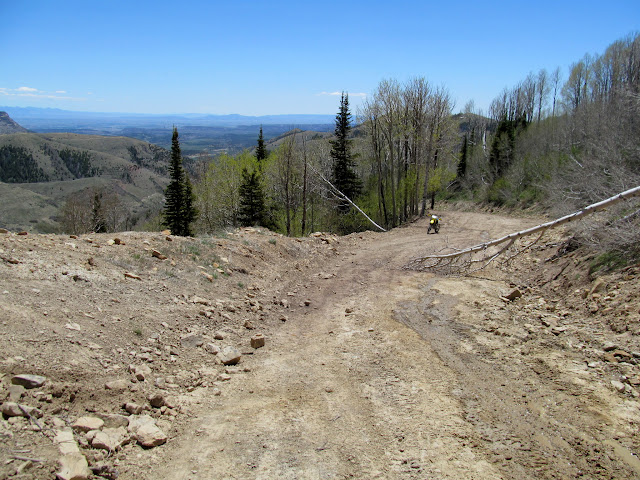 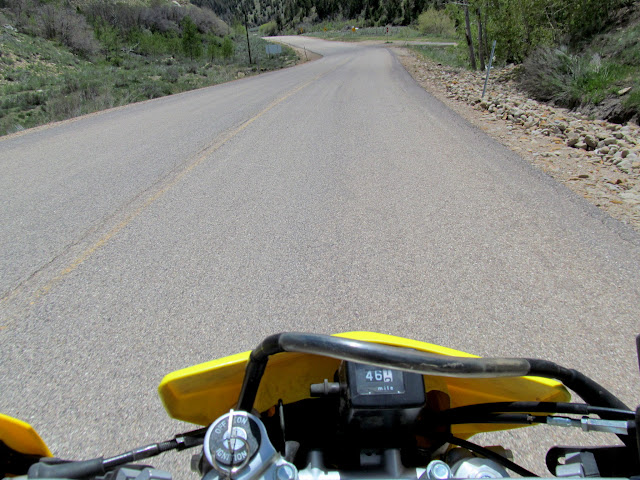 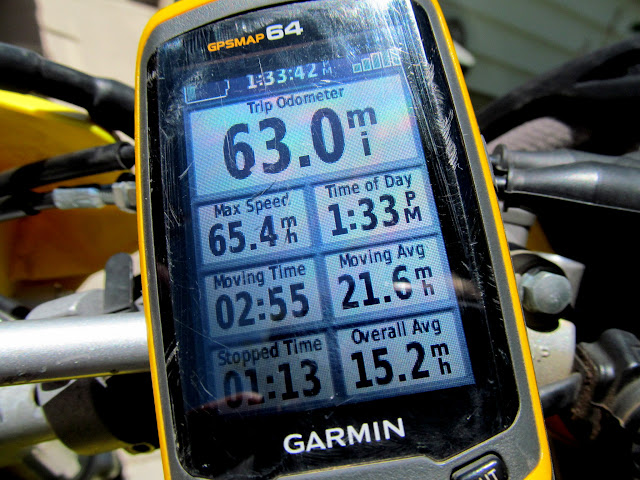