Alan and I spent an afternoon after work checking out the area near an old brush corral south of Lila Canyon at the base of the Book Cliffs. The corral is isolated on a long, thin strip of land surrounded by a steep ridge on one side and a wash on the other, and is not visible from the nearby road. I actually spotted it in Google Earth when working on the trip report for our Cove Trail hike.


Open this map full screen.
After a short but steep climb onto the little mesa, we split up and wandered toward the corral while searching the ground for any signs of a camp. At the corral we found that the walls had mostly collapsed and were easy to step over. There were a few boards, fence posts, and even a wooden gate, but the majority of the corral consisted of junipers, pinyon pine, and brush that had been dragged into place to create the walls. Even at the corral itself there was very little trash lying on the ground.

Short climb up to the mesa 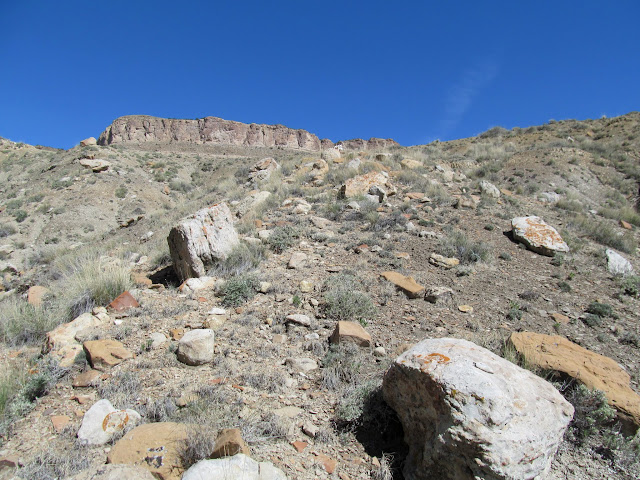 View toward the Jeep 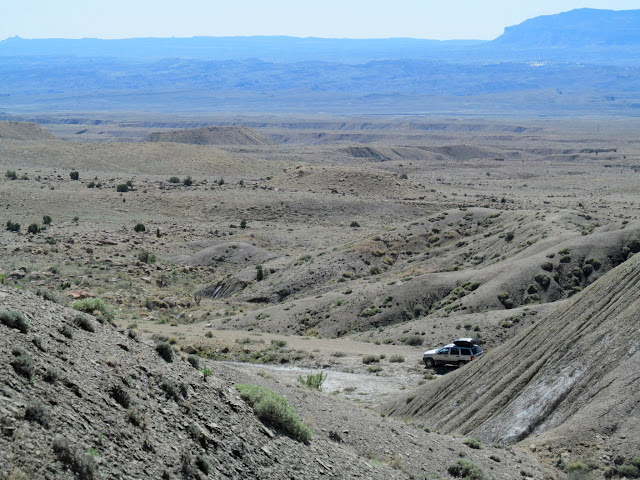 Alan and Torrey checking out a boulder 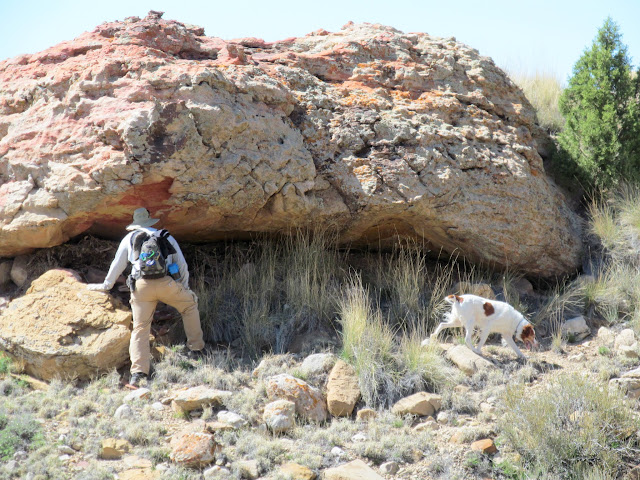 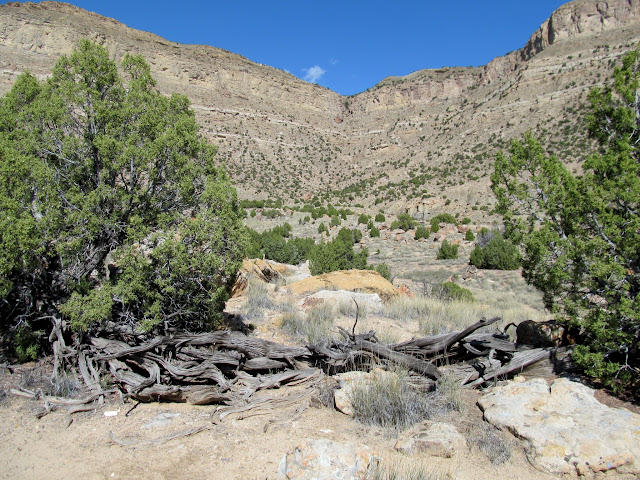 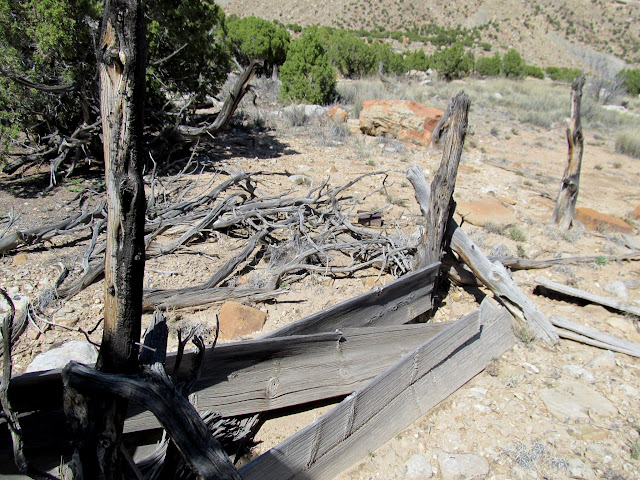 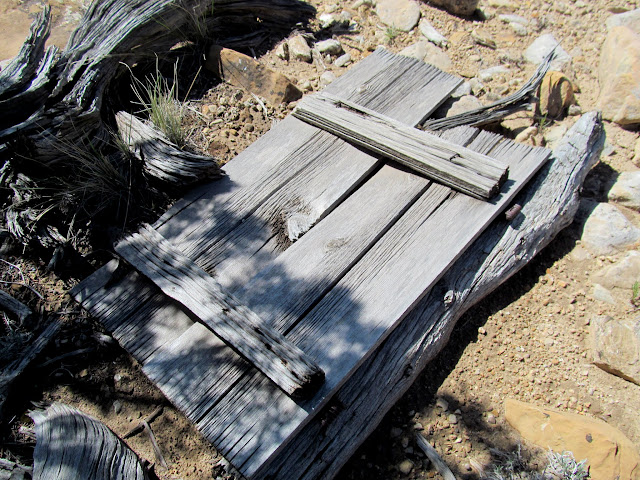 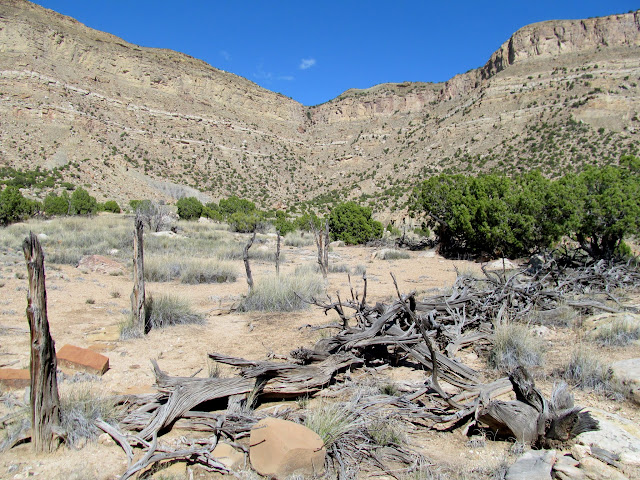 We pressed farther up the hill toward the Book Cliffs and eventually found a few different spots where (presumably) sheepherders had camped and watched their flocks. Among the liquor bottles and food cans, I found an intact can that once held blasting caps. That led Alan and I to head even higher up the ridge looking for signs of a trail blasted through the Book Cliffs, but we found no such thing. 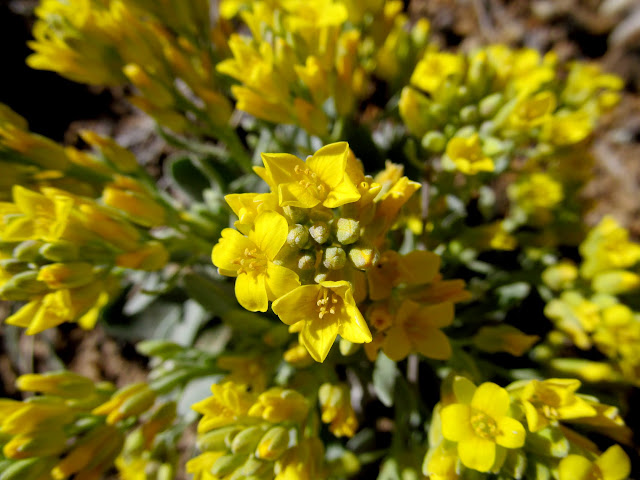 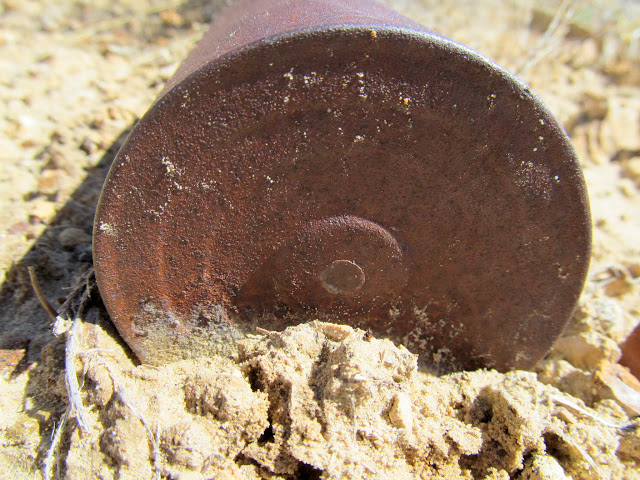 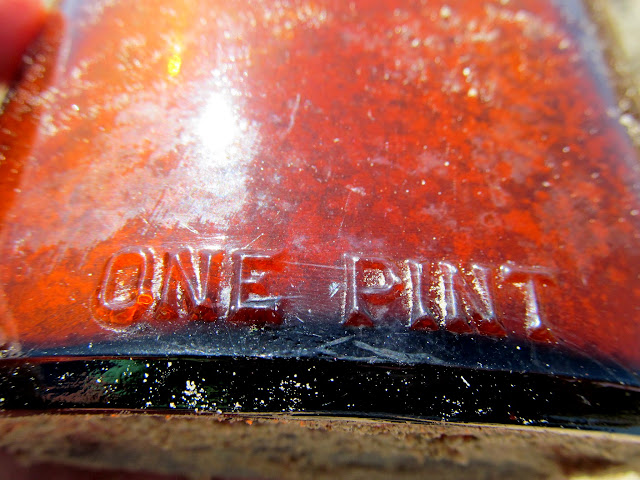 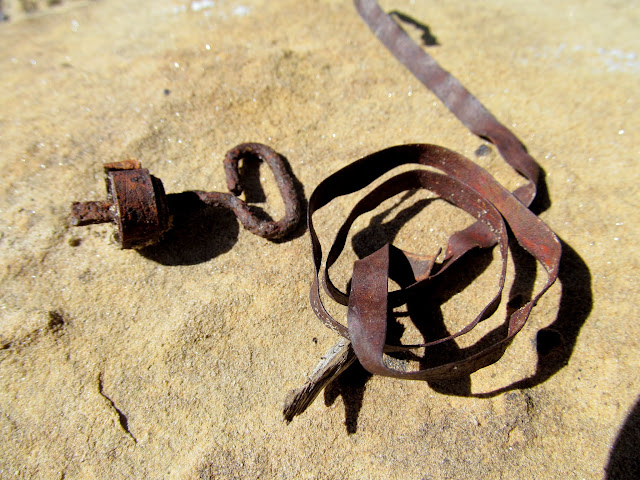 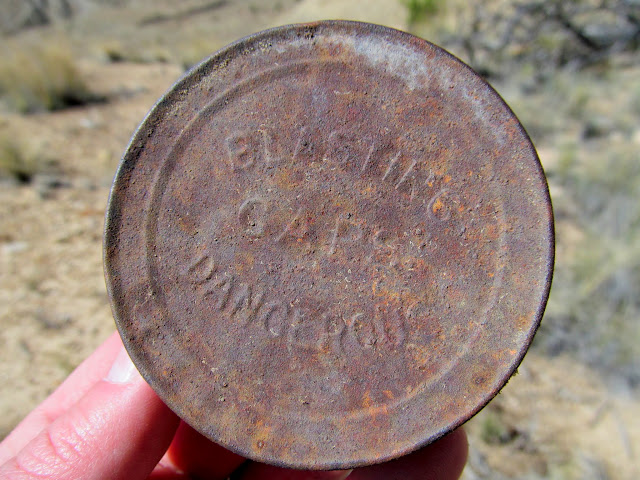 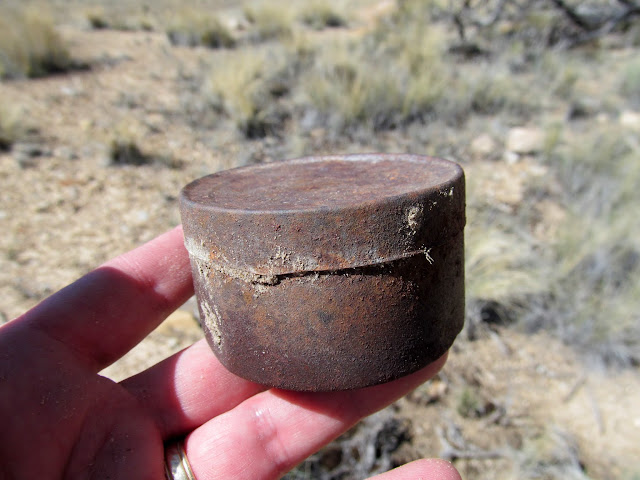 Book Cliffs to the south 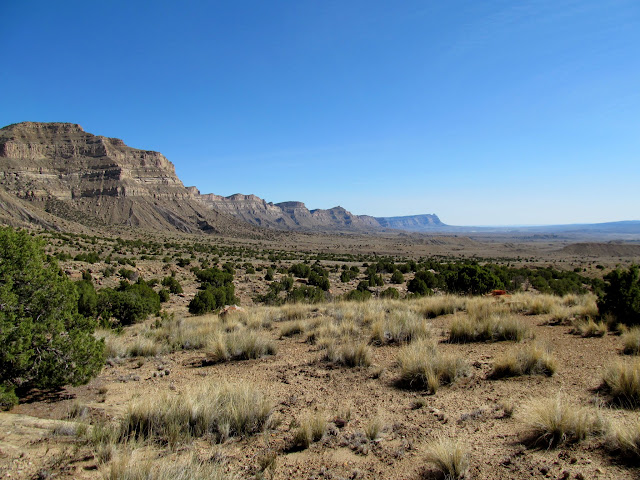 Easterly view from the corral 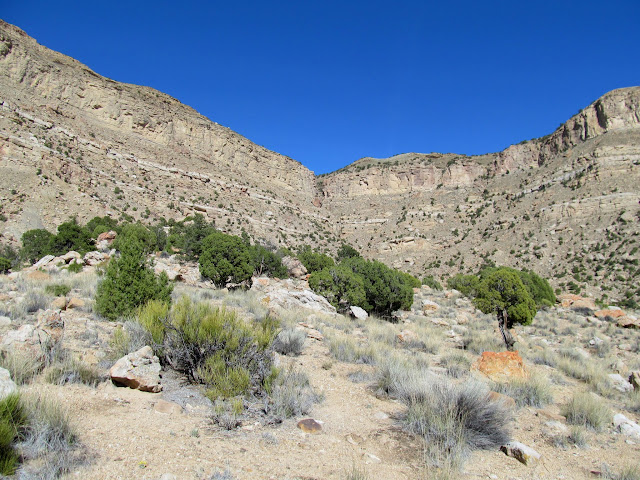 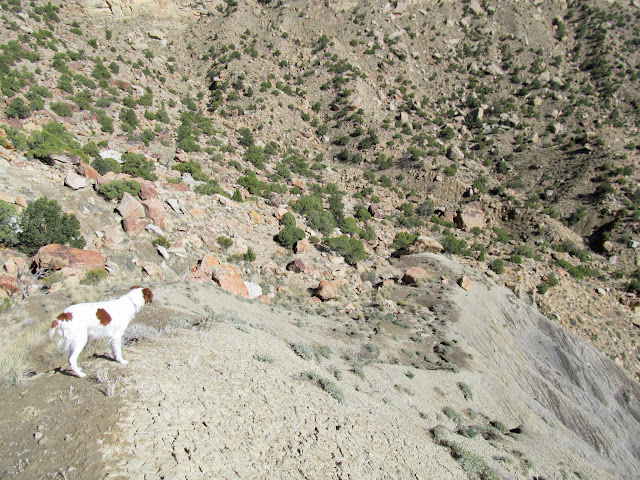 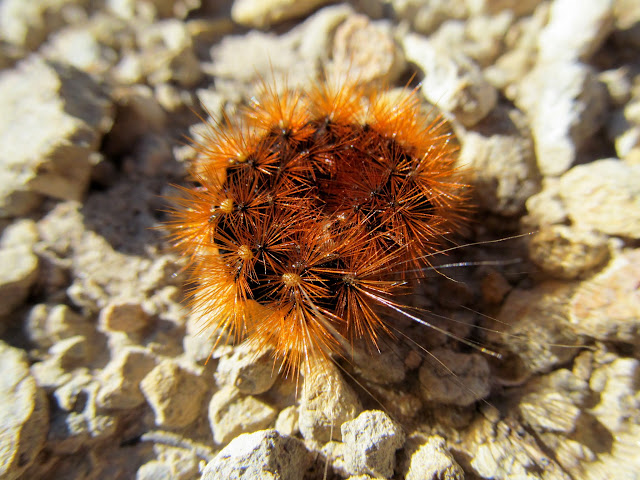 We returned to the Jeep and made a quick stop in Lila Canyon to check out a “small Fremont component rock shelter” that I’d read about in an archaeological report. It just looked like another boulder to me, excepting perhaps the red, oxidized surface at the base of the overhanging rock where a camp fire once burned. A quick look around showed no lithic flakes or potsherds or anything that would really indicate this was a boulder shelter used by the Fremont. However, I know that some Indians did live in Lila Canyon–hopefully something I can show in a future trip report. 😉 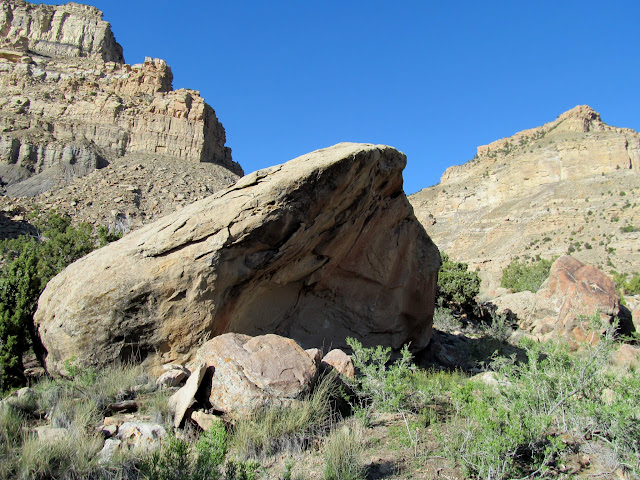 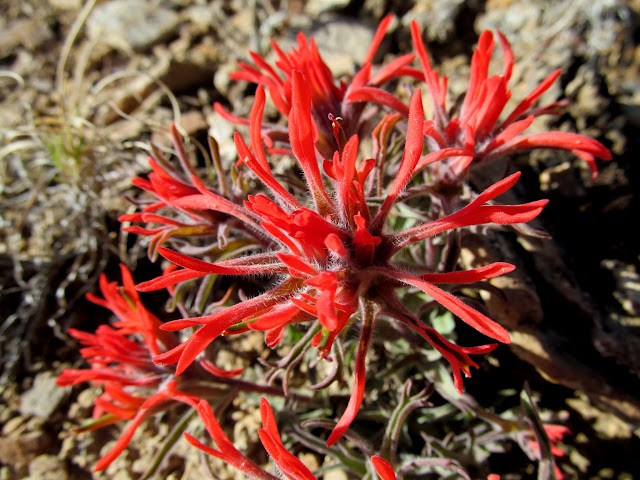