The stars and planets aligned and, for the first time since 2012, I was able to meet up with “Listorama” Dave during one of his semi-frequent visits to Utah. We’d originally planned to do an obscure hike in Arches National Park, but Dave scoped out the first little bit of the hike the day before we were supposed to meet and decided against a miles-long bushwhack. Instead, he suggested a hike he’d done before, on the plateau separating Kane Springs Canyon (aka Kane Creek) from Jackson Hole. Good enough for me! We met at 8AM at the Amasa Back/Cliffhanger trailhead, then drove a short distance up the road and parked where we could save a little road-walking. 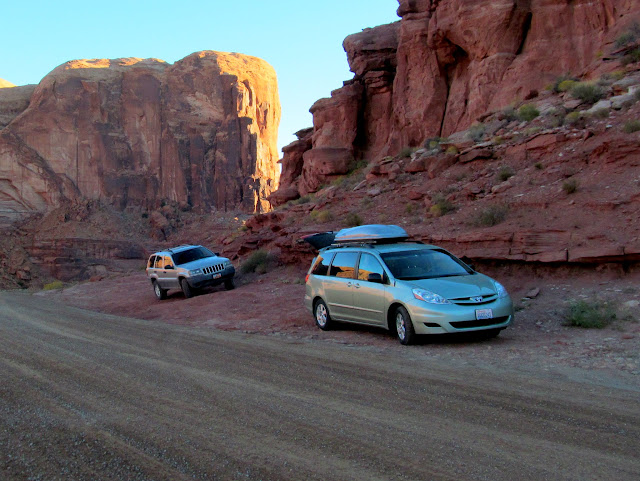 View over Kane Creek to the plateau 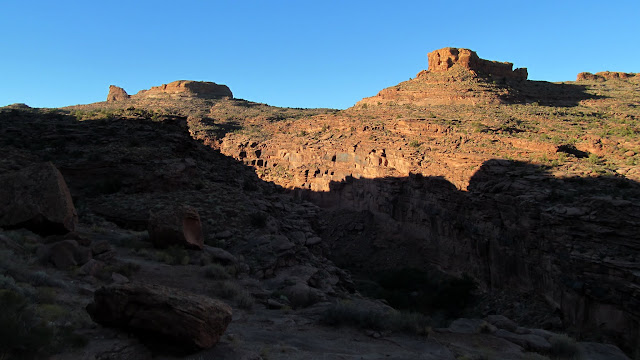 We started out walking along the Amasa Back 4×4 trail, which we shared with some mountain bikers for a while. The cyclists leapfrogged us for quite a while through the technical ascent on the 4×4 trail and, later, the HyMasa mountain bike trail. 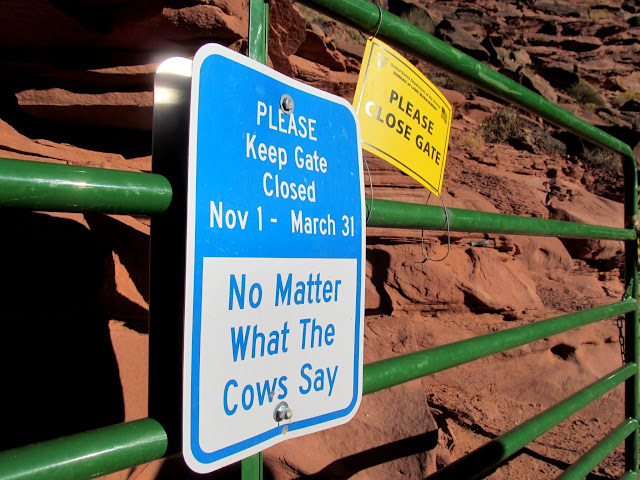 Mountain bikers that we leapfrogged for a while 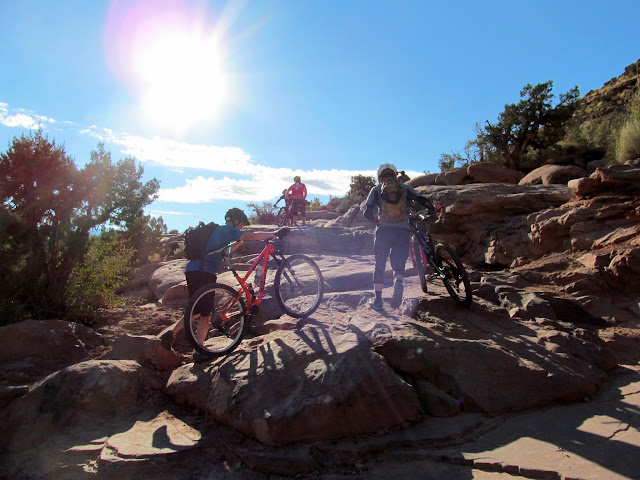 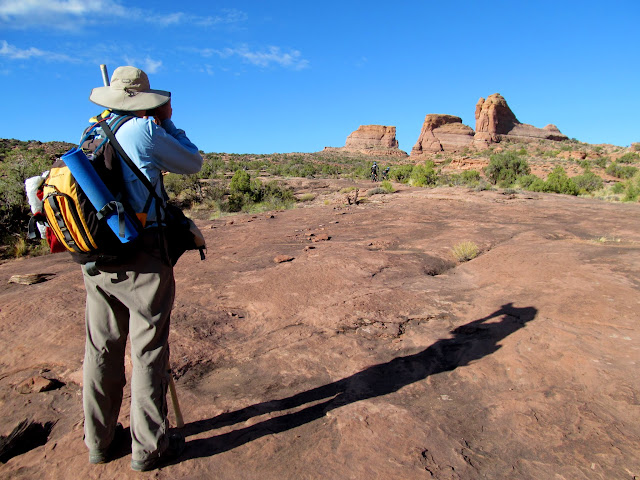 Fins and the La Sals over Kane Creek 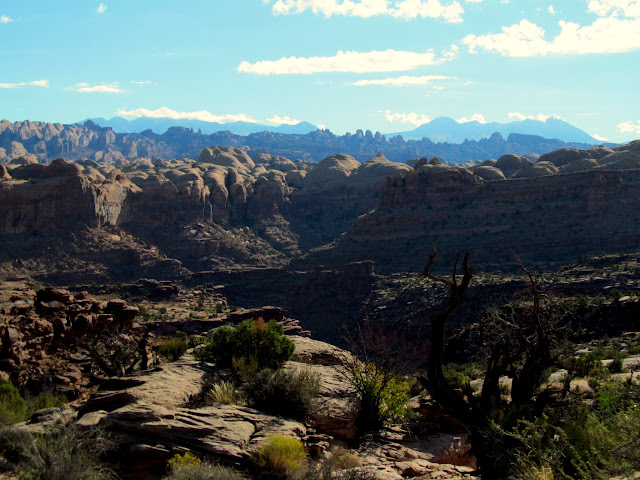 View as we approached the canyon 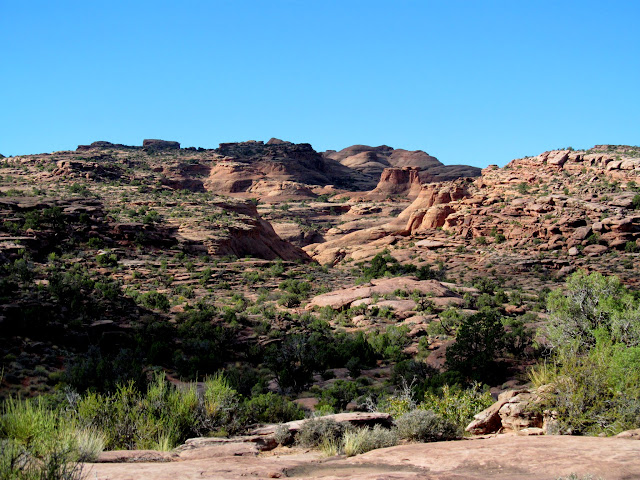 Eventually Dave and I left the trails and followed an old, closed road into a canyon that bisected the plateau. This is where the route became really fun. Our progress up the canyon ended at a dryfall, but Dave knew of a route that zigged and zagged up the southeast side of the canyon to its rim. Once on top, we found ourselves in a flat valley surrounded by cliffs in the upper part of the canyon we’d ascended earlier. In the valley was an old dozer road, likely from the uranium boom of the 50s, along with other traces like oil cans and lines of drill cores. 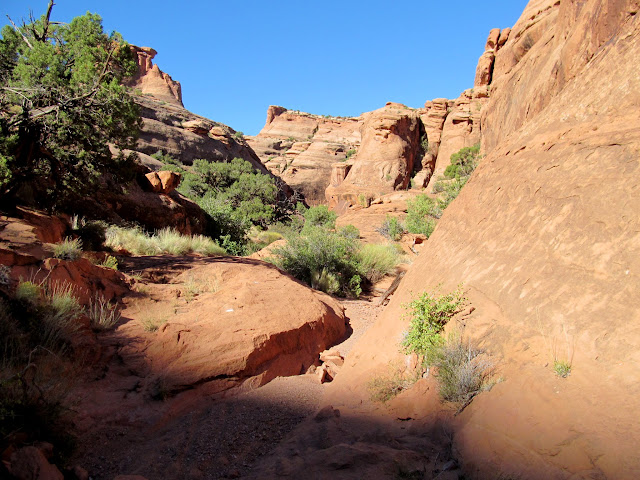 Ascending the route out of the canyon 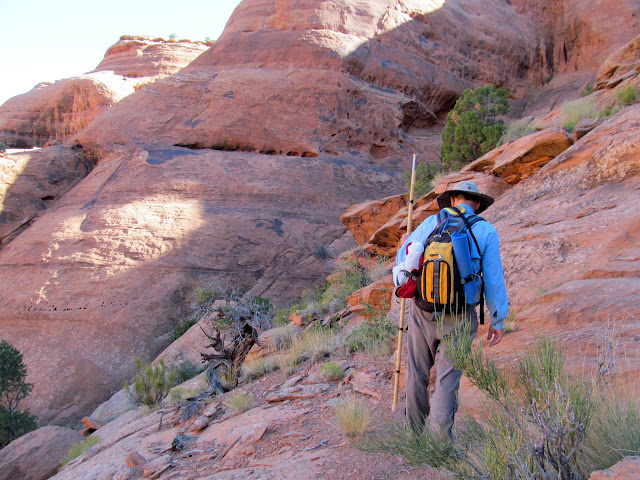 Heading toward an overlook of Jackson Hole 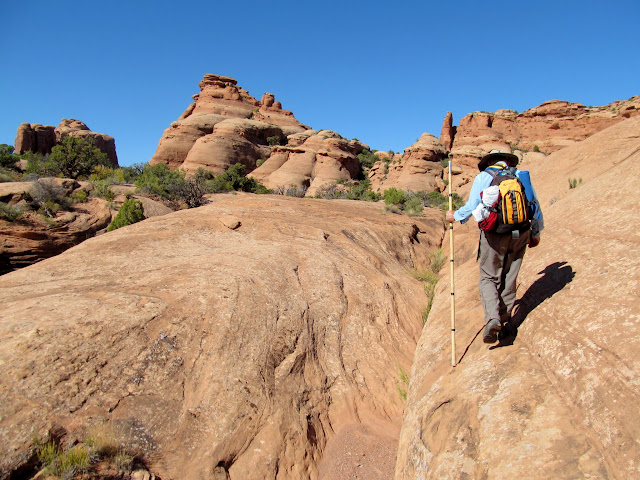 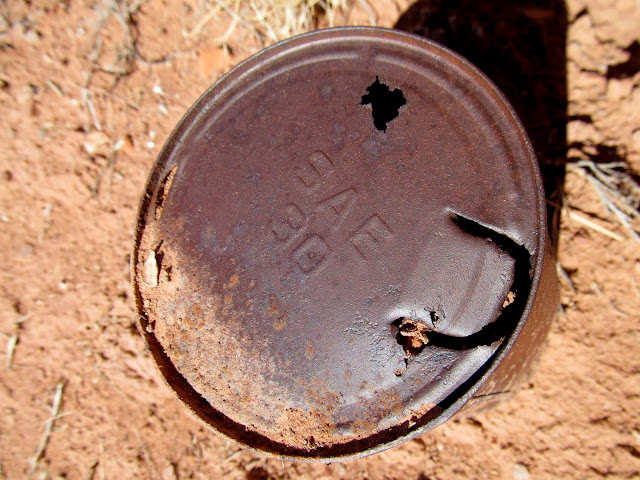 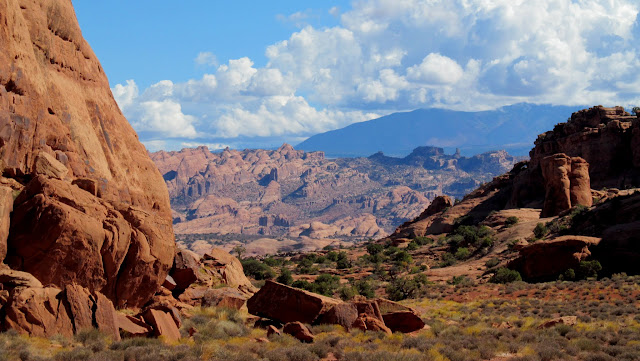 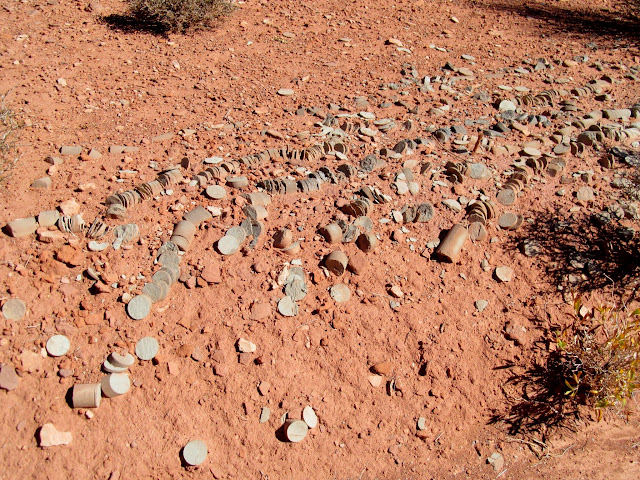 At the head of the valley, on the western rim of the plateau, was a rewarding view. From our vantage point we could see the Colorado River, Jackson Hole (an abandoned meander of the Colorado), and the potash evaporation ponds. Portions of Arches National Park were even prominent on the horizon. This view alone was worth the effort!

Pano from the Jackson Hole overlook 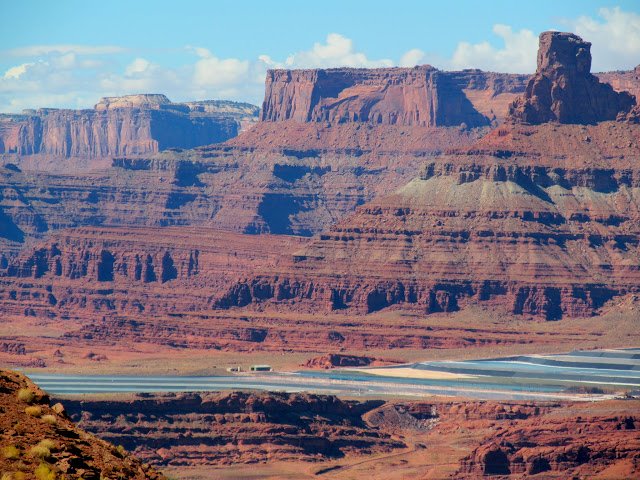 Arches on the horizon 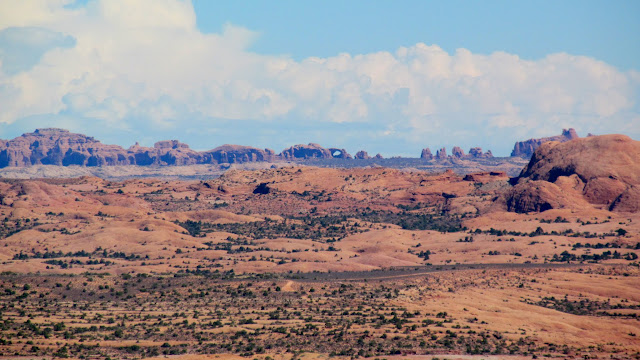 We backtracked down the valley a bit and then took a route up to the eastern rim of the plateau that looked daunting from below. It looked like a bouldery talus slope from the bottom but turned out to have a fairly decent trail through it. Portions of the trail even looked constructed, but it certainly couldn’t have ever been a stock trail ’cause there’s so little land for grazing above. We reached the top of a steep ascent and were jolted by the view. The earlier overlook of Jackson Hole had been, you know, pretty good, but this overlook of Kane Creek was amazing. Kane Springs Canyon was open wide below us, with a ribbon of green snaking through a red valley surrounded by broken cliffs. The La Sals were showing off their autumn colors to the east above redrock fins, and the Portal of the Colorado River was visible to the north.

Old road through the valley 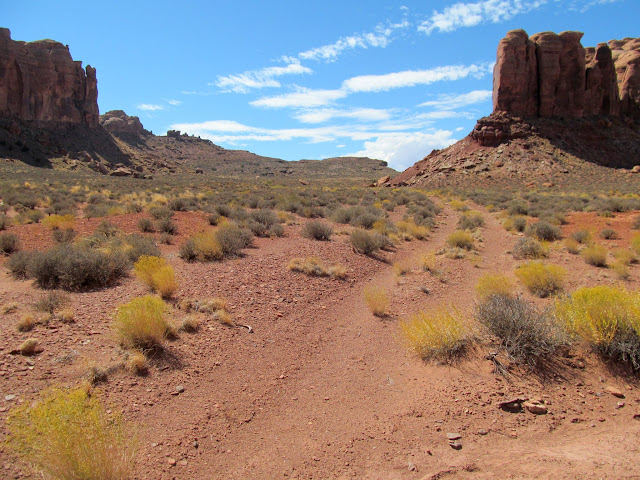 Route through a tiny slot canyon 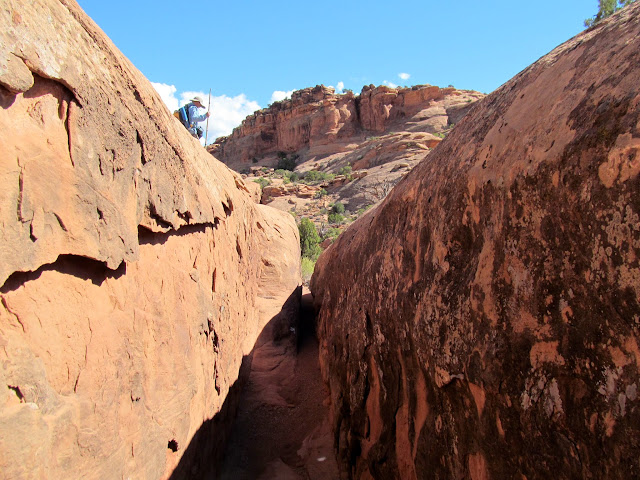 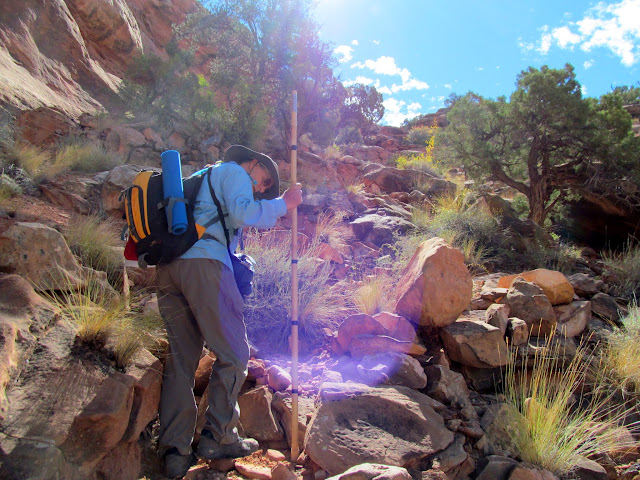 Colorful aspen in the La Sals 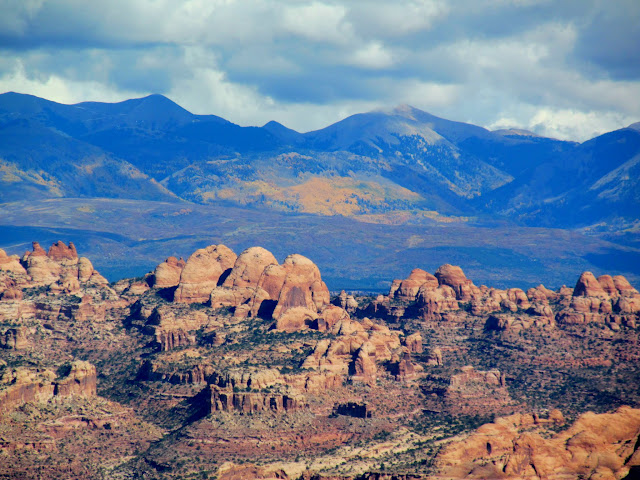 Colorado River through the Portal 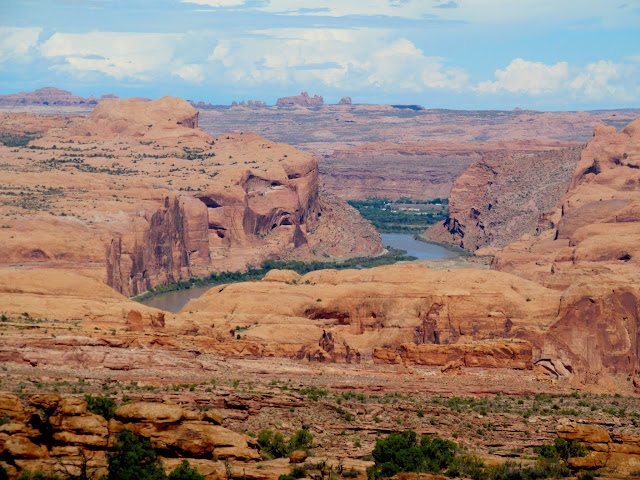 The last bit of our trek took us to a park-like area full of sand and brush, which led us to a spot overlooking the canyon we’d been in earlier. From there we reversed the route back into the canyon, and along the bike and 4×4 trails where we saw fewer mountain bikers in the afternoon heat, but a few Jeeps were exiting the area behind us. We clocked almost ten miles, and I was feeling each and every mile toward the end with the mid-80s temperatures. It was a super fun, off-the-radar Moab hike that I’ve come to expect from Dave. Arches next time, though? 🙂

A small valley on the plateau 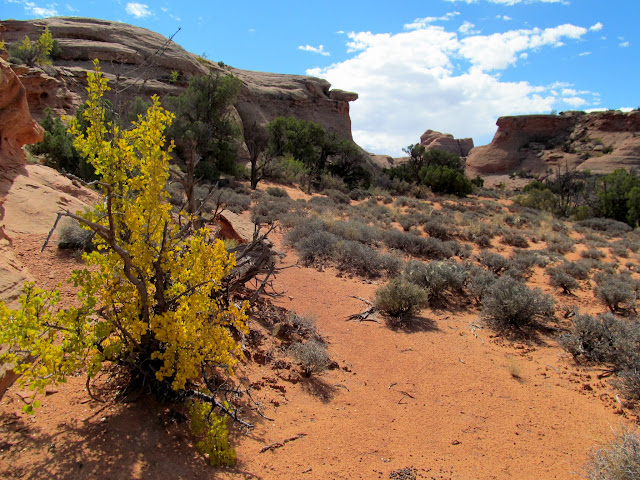 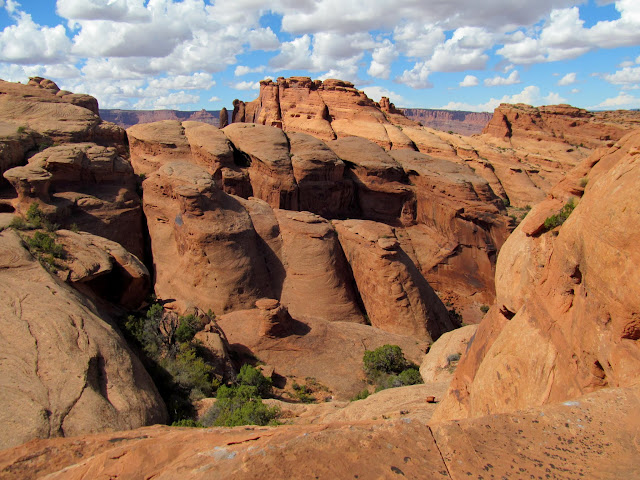 Heading down to the Amasa Back/Cliffhanger road 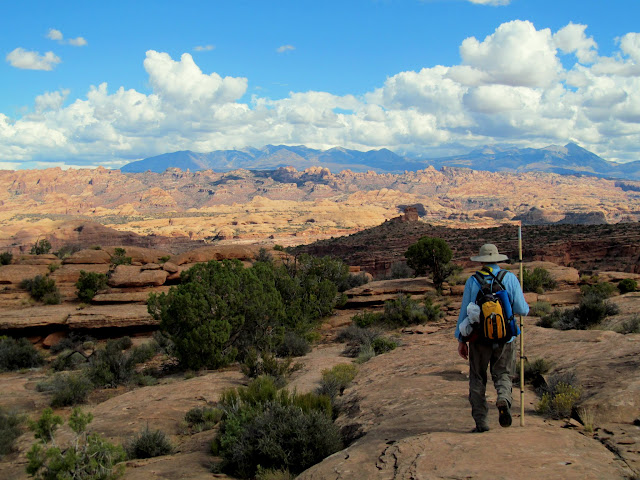 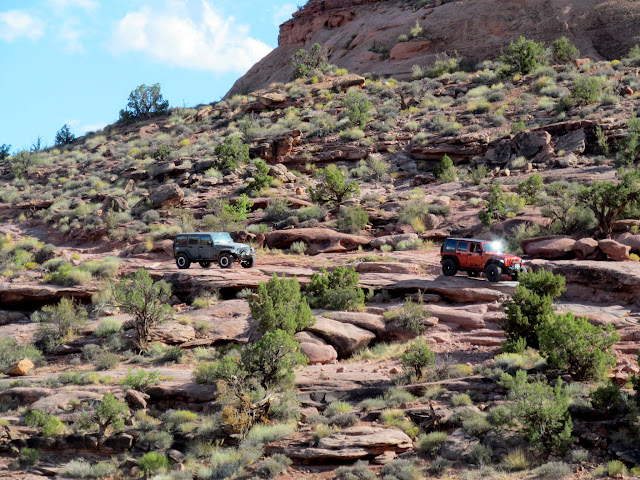