Alternate title: “Look at my motorcycle!”
On the morning of Memorial Day I decided to go for a motorcycle ride and 30 minutes later I was pulling away from the house. I wanted to ride the dirt road route to Scofield, which begins by going up Consumers Road and then “up over Beaver” before dropping down to Highway 96 and into town. I purposefully left my GPS and camera at home–I simply wanted to go for a leisurely ride–but then I ended up taking some cell phone photos and each and every one contains the bike. Well, that’s not very creative. But, I really enjoyed the ride and figured I’d write a little about it. Perhaps this will become an annual ride for me after the snow melts off each year. The ride up into Beaver Creek from Consumers Road was unventful. The first time I rode it on a motorcycle I took the steep part in too high a gear and stalled out, but this time it was a piece of cake.

Consumers Road along the North Fork of Gordon Creek 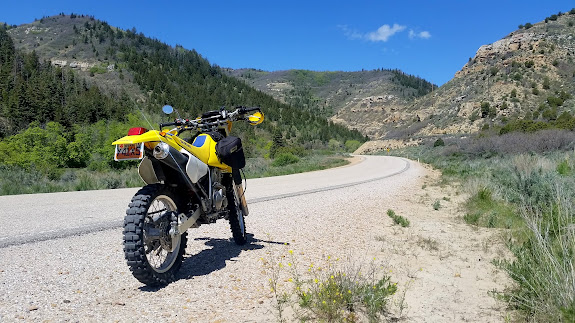 Top of the switchback on Beaver Road 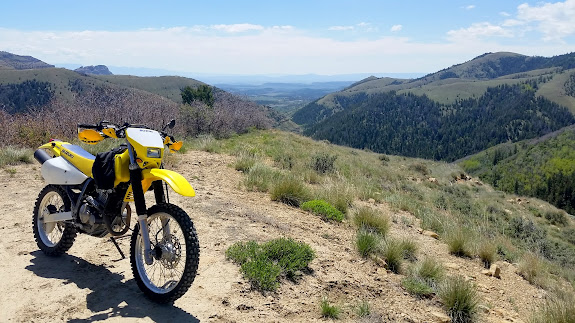 After dropping into Beaver Creek and climbing some more I encountered a little snow. Some 4-wheeled vehicles had driven through it while others had gone around it, and only having one-wheel-drive I did the latter. The switchbacks leading into Broad’s Canyon were fun to ride. I hit UT-96 and rode into Scofield, fueling up at the Snack & Pack where the bike took on 0.599 gallons of fuel. Not bad–52 miles per gallon! 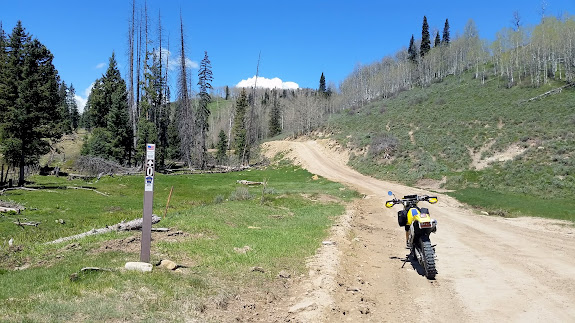 Snow drift on the roadway 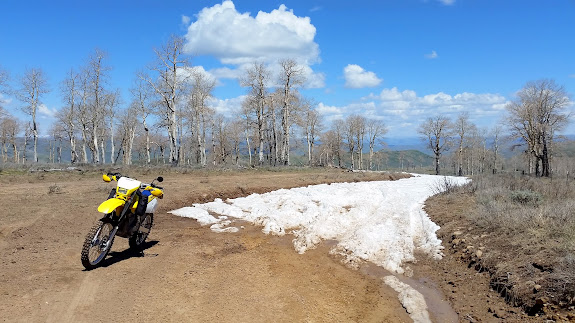 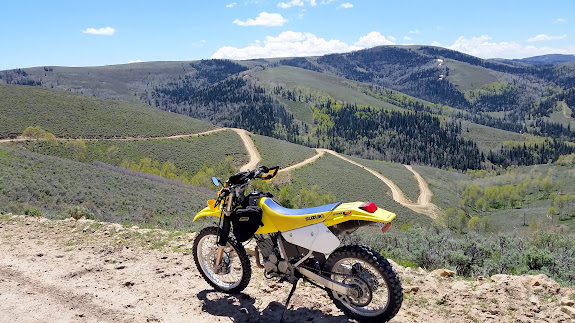 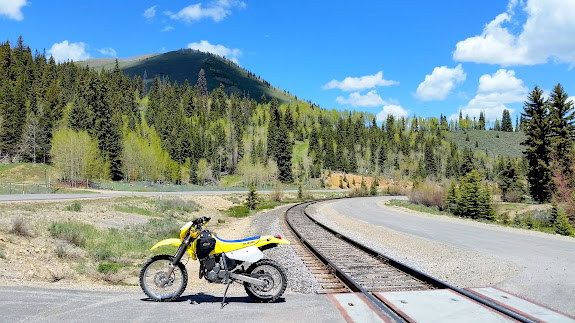 Fueling up at the Snack & Pack in Scofield 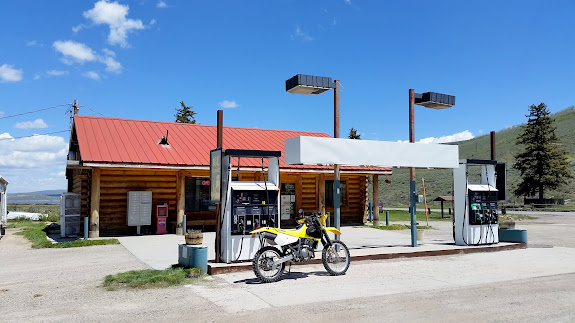 I bummed around Scofield a bit to check things out, stopping at the cemetery and the old jail. The trip so far had taken much less time that I’d expected, so I made a short side trip to the top of Eccles Canyon. Damn, the paved road in Eccles Canyon was fun, even on a dirt bike. That certainly helps solidify my desire for a bigger, more highway-friendly motorcycle. I was tempted to continue on to Monument Peak–and even now I regret not doing so–but I turned around at the Carbon/Emery county line and rode back down the canyon. I reversed the route and arrived home after 72 miles and about four hours of riding. 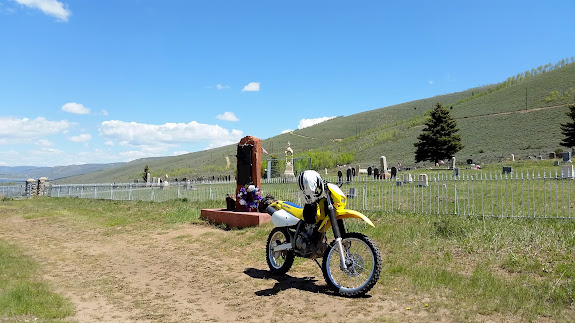 Behind bars at the old Scofield jail 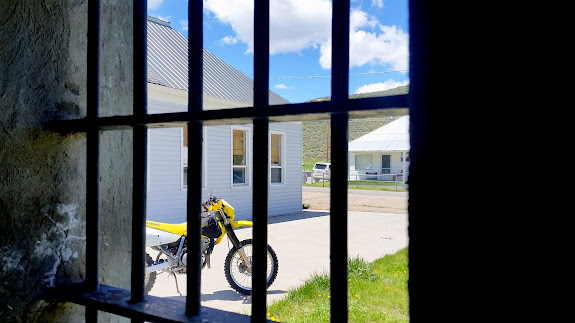 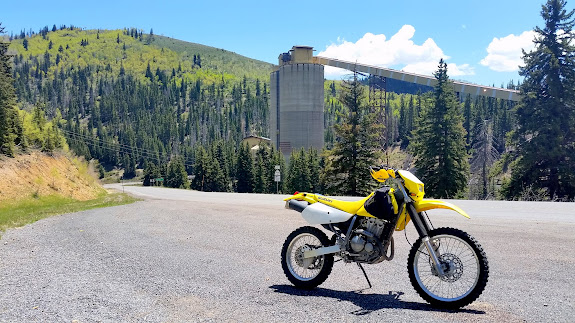 Top of Eccles Canyon at the Carbon/Emery county line 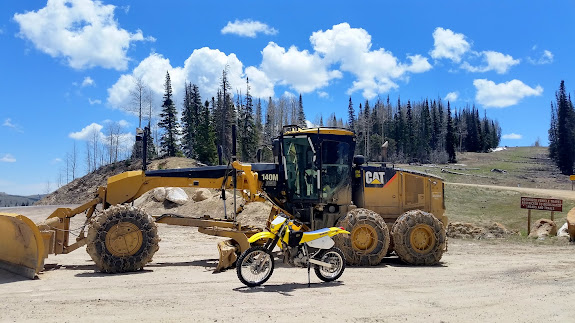 A little mud and snow above Beaver Creek 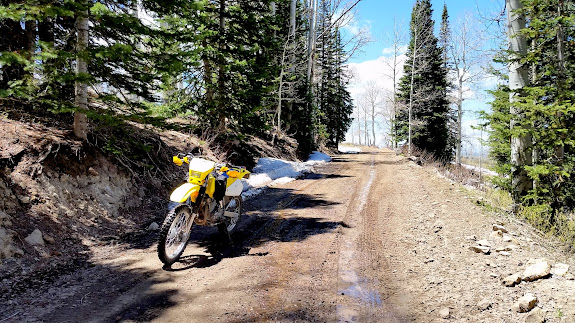 Photo Gallery: Up Over Beaver