For two consecutive days this past weekend I spent some time around Green River doing some minor exploration. On Saturday I hiked to Long Bottom along the Green River, which is about 13 miles downstream from the Main Street bridge in town. I was searching for a rumored Denis Julien inscription that’s mentioned in Michael Kelsey’s River Guide to Canyonlands National Park and Vicinity. I wasn’t really expecting to find such an inscription, though it made for a good excuse to get out of the house for part of the day. The drive into the area was on a fairly decent road. I parked about half a mile from the river and hiked to the upper end of Long Bottom and began searching the cliffs and boulders for any sort of writings. I didn’t see much of anything until I got close to a private property boundary near the south end of Long Bottom. There, I found a Glen Reid inscription from 1910 and a funny, painted sign apparently advertising photo supplies(?). I’d actually briefly caught a glimpse of the “Poto Supplies” inscription last year during a jetboat trip on the Green River but I’d forgotten about it until I was staring at it up close again. Not finding any sign of a Julien inscription, and not feeling like trespassing this day, I hiked back to the Jeep. I’d planned on replacing one of my geocache containers and several for some friends while I was in the area, but I left the containers at home! 🙁

Road through Morrison Formation hills on the way to Long Bottom 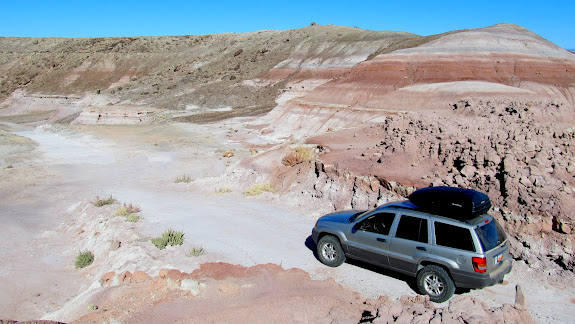 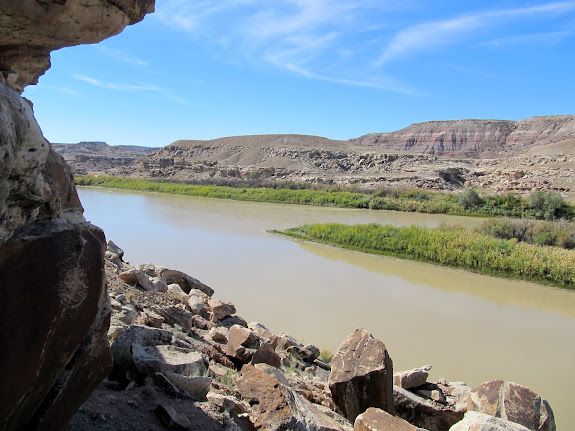 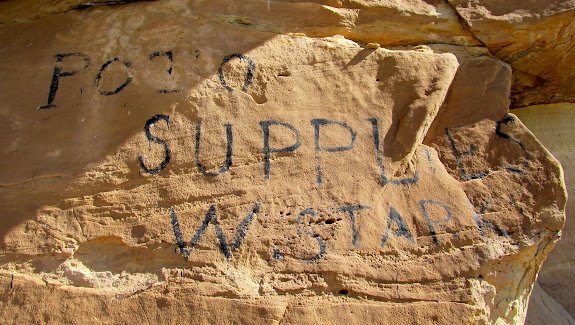 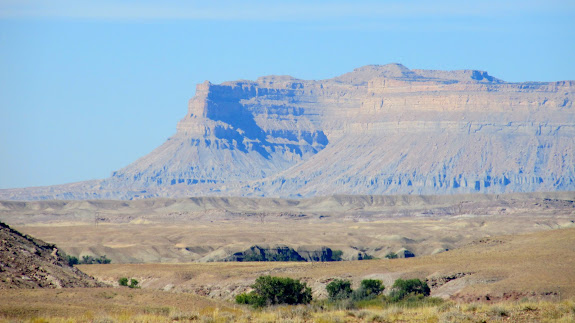 I returned on Sunday with the geocache containers that I’d meant to bring the previous day. In order to make the trip worth it I brought Traci along and we went on a date of sorts. We replaced some geocaches at the abandoned Green River Launch Complex, and two more in Gray Canyon north of town. Near my geocache at the Price River/Green River confluence, I revisited some great petroglyphs. 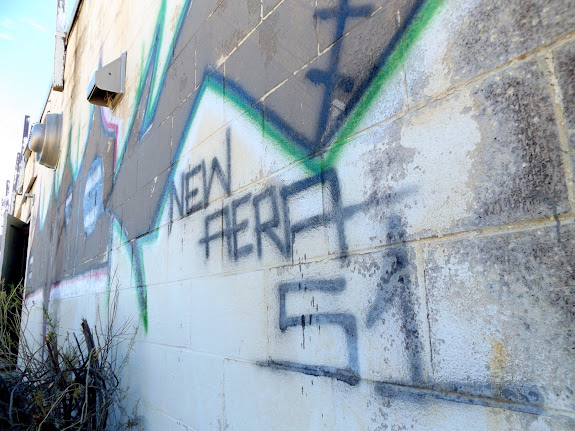 I-70 and the San Rafael Reef 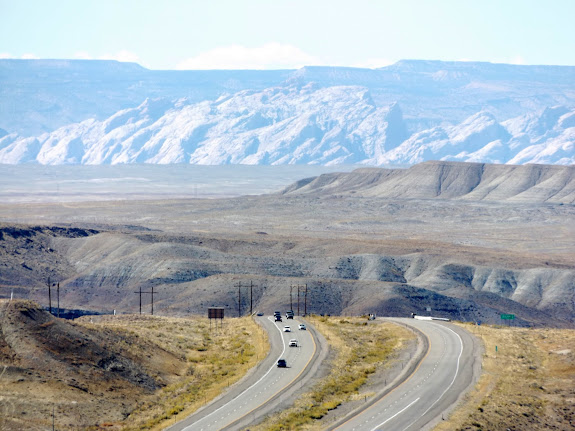 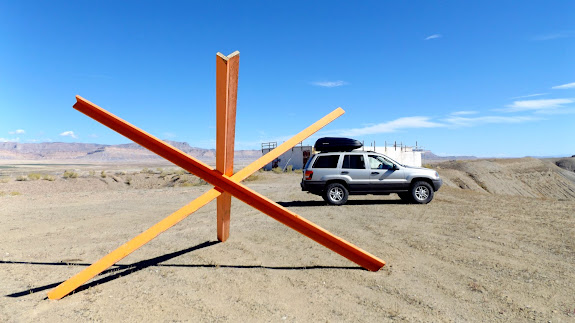 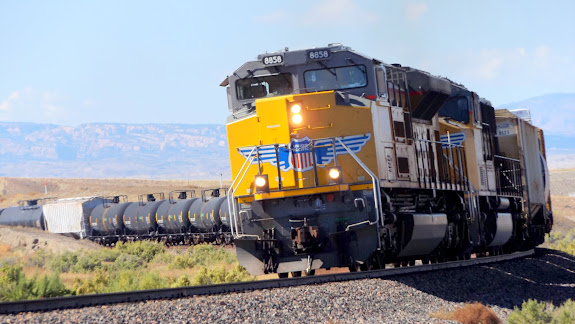 Petroglyphs at the Price/Green confluence 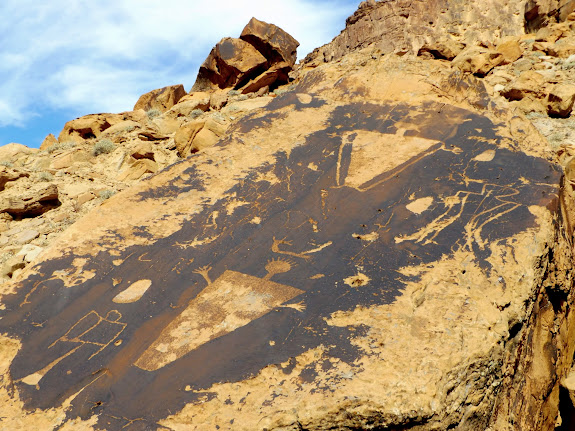 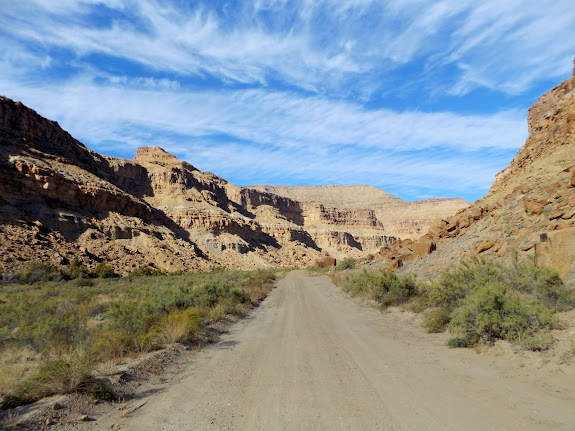 Next we drove up Tusher Canyon to search for some rock art. I didn’t research the rock art locations before this trip so I just drove slowly and kept an eye out for it. I found one panel each of pictographs and petroglyphs, but I missed some more petroglyphs somewhere. Either they were in a side canyon or I just completely missed them somehow, though I felt that I looked pretty thoroughly. Even though the road followed the watercourse for long stretches it was in pretty good shape. The final climb out of the canyon, just above the left and right forks, was pretty washed out and I ended up with my front-left and right-rear tires spinning. I had to make a second run at it in 4-low to get out. I turned around just beyond there where the road leveled out and we headed back down the canyon as the sun set and the sky darkened. It was full dark when we got back into Green River where we stopped at Ray’s for dinner. It was an enjoyable day for both myself and Traci, since I got to see some rock art and she got to go on a dinner date at one of her favorite places. 🙂

Road in the watercourse of Tusher Canyon 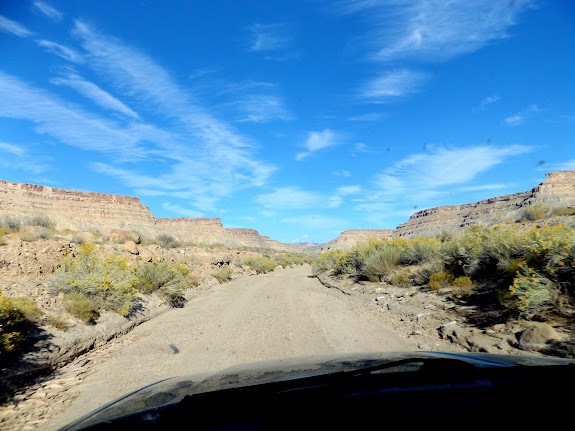 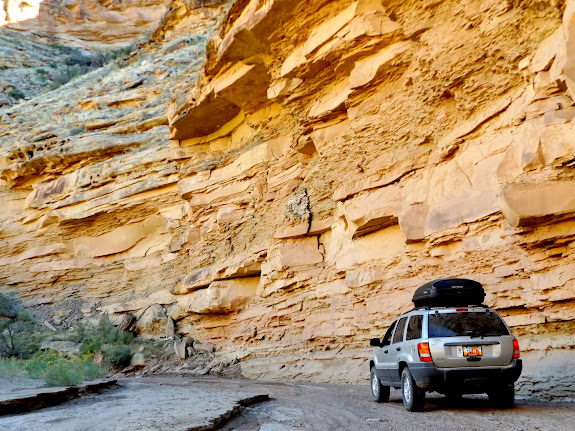 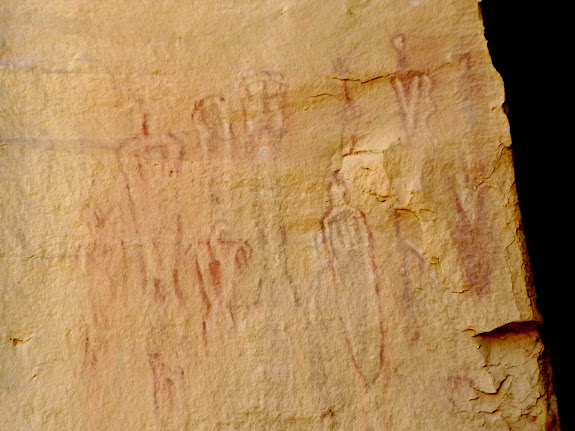 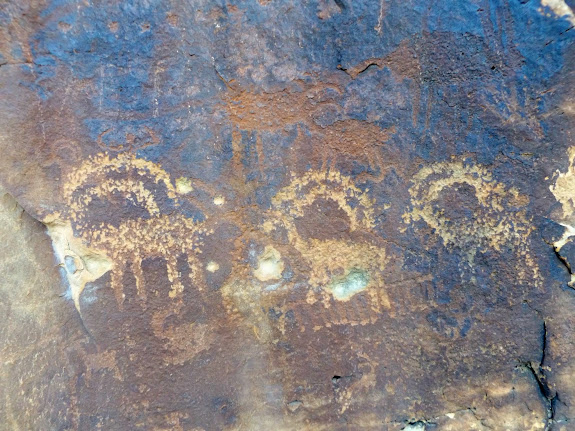 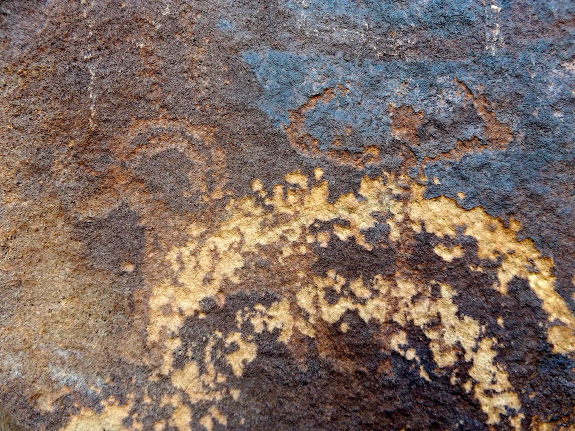 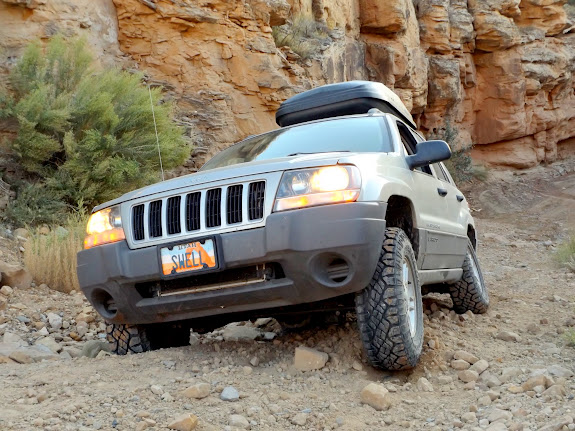 Above the fork in Tusher Canyon 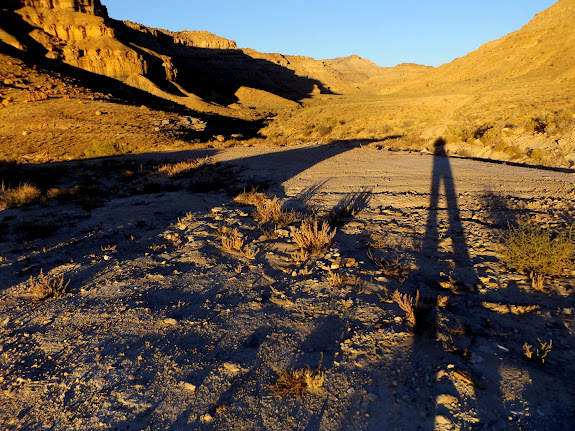 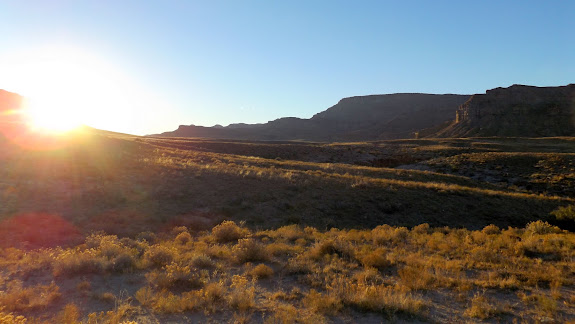 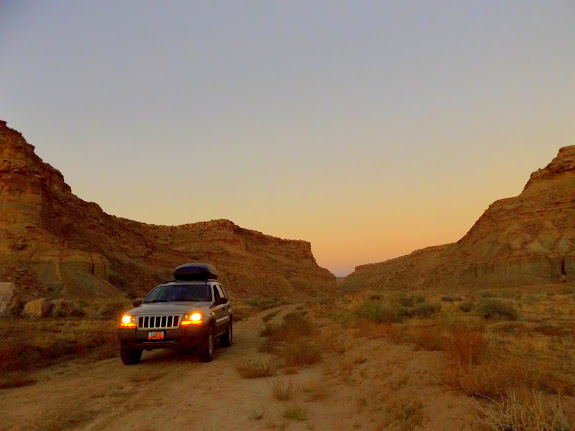 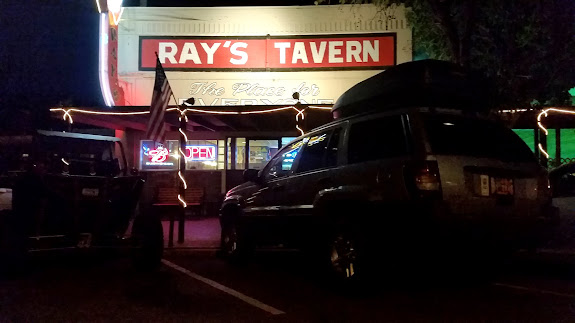