I was looking for a leisurely trip for this weekend and settled on an old favorite, Nine Mile Canyon. I’d been scouting around using Google Earth and found four possible round structures that I wanted to investigate in person. It’s difficult for me to drive through Nine Mile and not look for rock art. This trip was no exception and I spotted one petroglyph panel that looked worth scrambling up to, and it was near enough to the first structure I wanted to check out that I just kept climbing up the mountainside after checking out the rock art. Unfortunately, the circle I thought I’d seen in the satellite imagery was in fact not manmade. The 450′ scramble up the slope was worth it, though, since I found a small, interesting petroglyph panel near the top of the ridge. 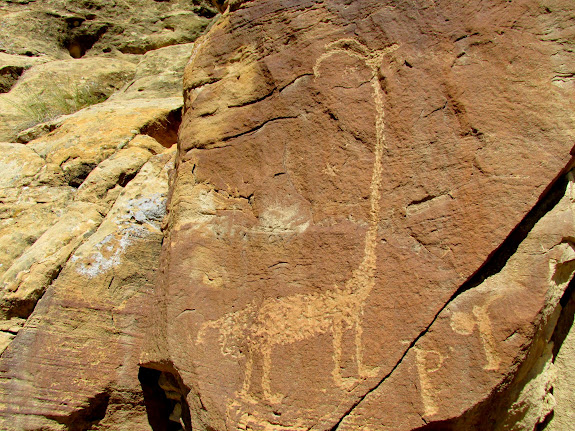 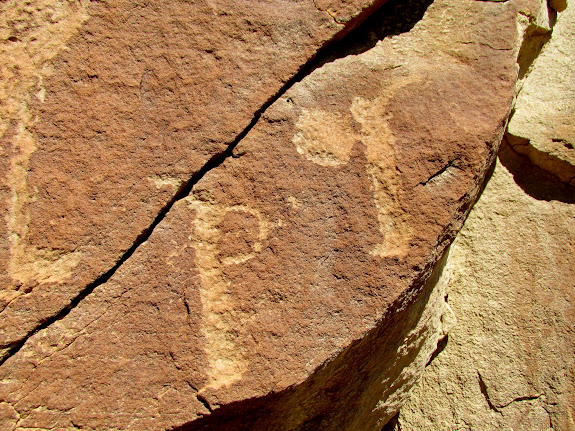 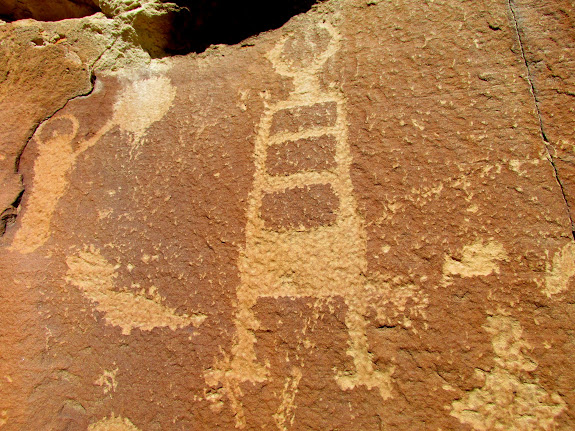 Somebody likes their sheep a little thick 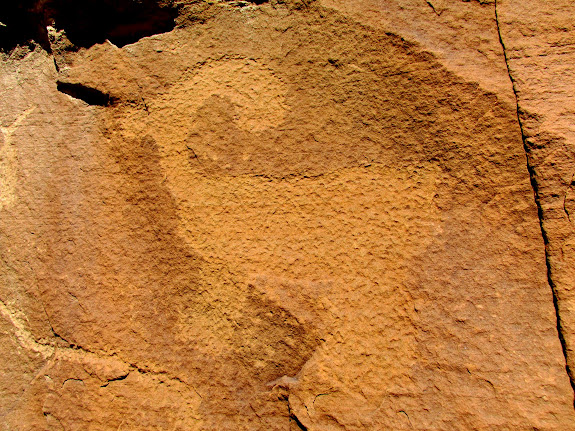 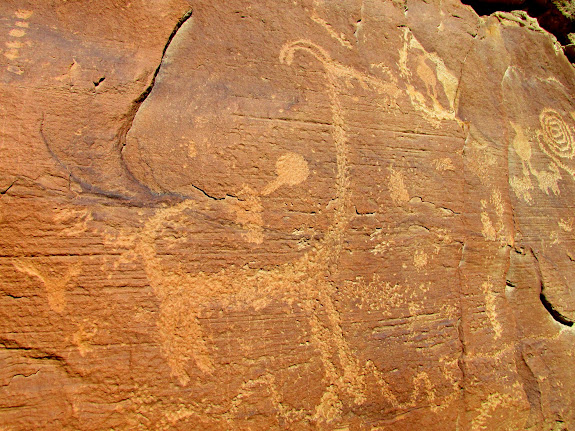 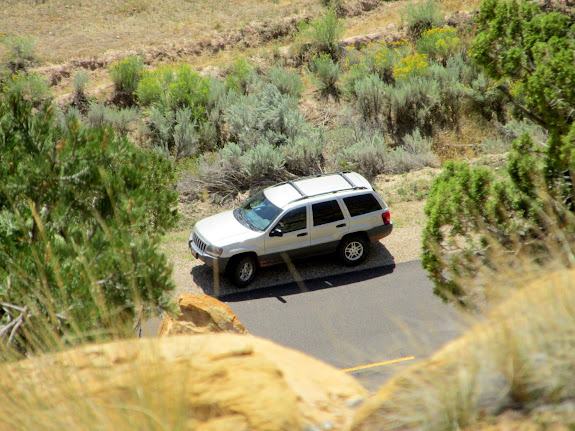 Sheep just below a ridgetop about 400′ above the canyon floor 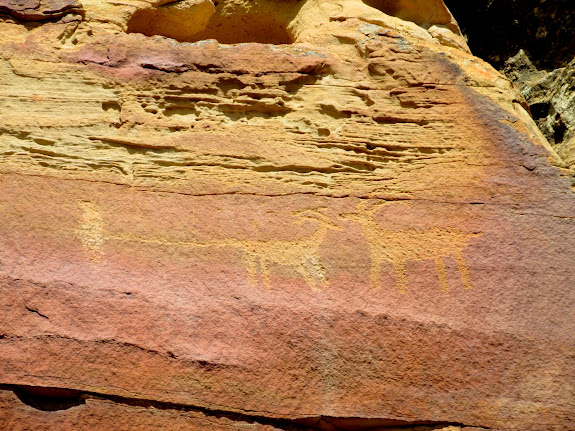 I drove farther and found that while the next two structures looked deceptively easy to climb up to in Google Earth, in reality they would be quite difficult to visit. I was disappointed because one of them is undoubtedly a circular, manmade structure. That one will have to wait ’til the weather cools down and I can devote an entire day to the climb up. Below the fourth and final structure was a shallow alcove with some rock art inside. On the route up to the structure was a petroglyph panel comprised almost solely of dots. The structure turned out to be a pit house which was in pretty good shape compared to most in the area. Judging from the rocks that once comprised the walls before they fell, I’d guess the pit house was originally about twice as tall as it is now. Unlike most of the pit houses or structures that are close to the road, there was surprisingly not a trail leading to it even though access is pretty easy. In the cliffs above the pit house was what’s left of a granary. Only a few stacked rocks and timbers remained to indicate there was ever anything there.

Deer with a radio collar 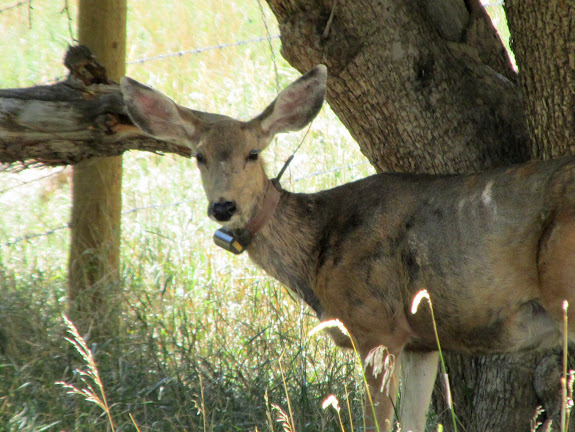 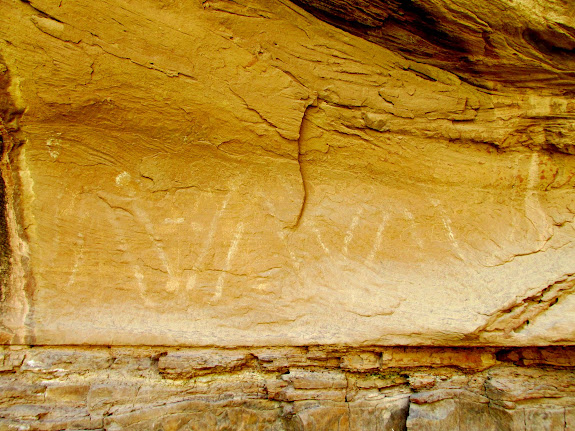 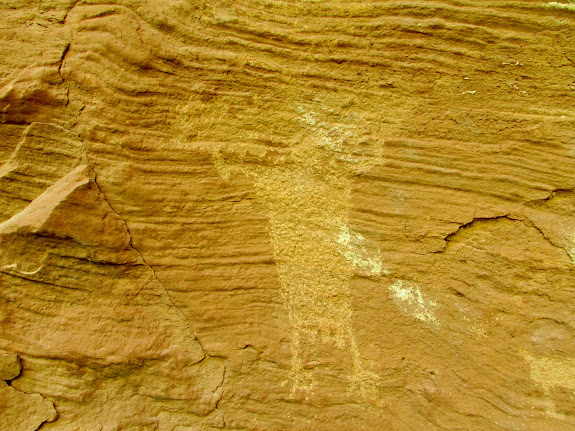 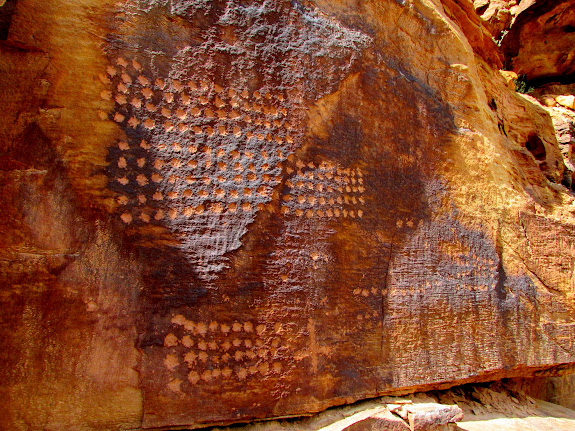 A pit house that I picked out in Google Earth 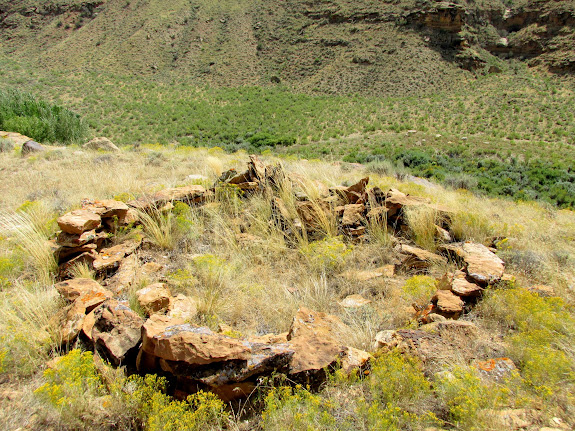 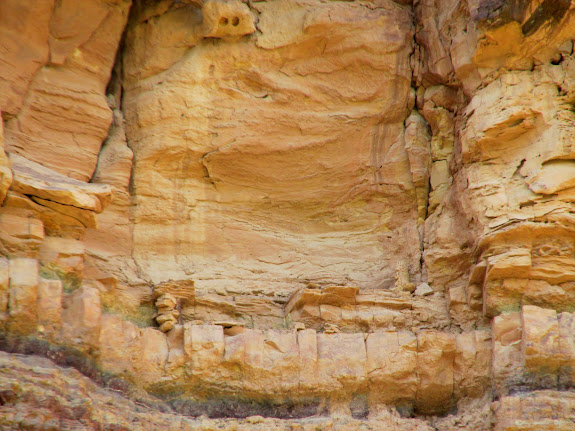 Yet farther down the road I stopped to once again admire the “Santa and his Reindeer” panel which is impossibly high on a cliff. I think it must be possible to get to from above, but it would be quite an effort just to get that far. While scanning the cliffs with my binoculars I spotted some petroglyphs directly below Santa that I’d missed before. They were one level above the road and pretty easy to get to, so I got up-close for a few photos and then started the return trip home. 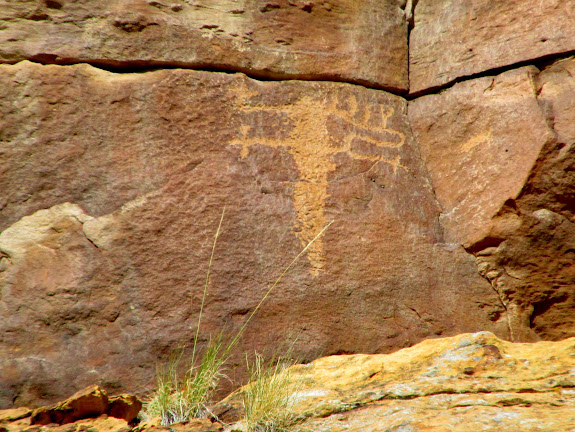 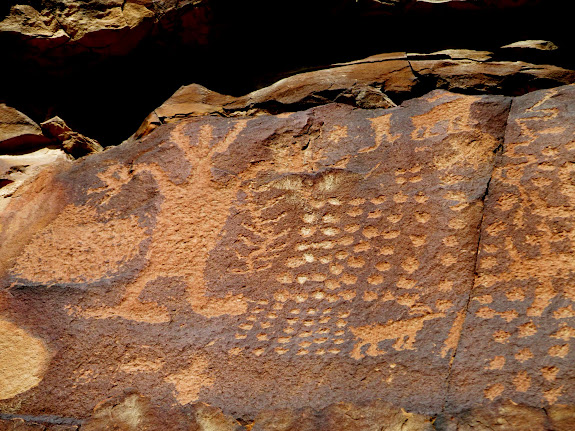 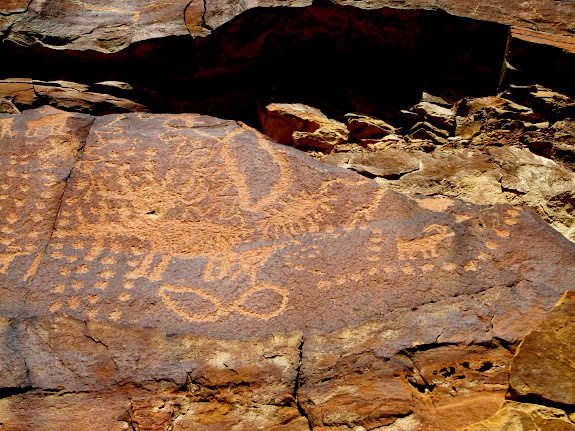 On my way back I remembered some petroglyphs that I had spotted at the end of my last trip. It was too dark then to climb up (unless I wanted blurry photos), but on this trip the opposite canyon wall was just barely beginning to cast its shadow on the petroglyphs, meaning that I’d have plenty of light but the rock art would be in the shade by the time I made it up there. The hike up consisted of mostly easy zig-zagging up small cliff bands, but in two sections I had to make difficult climbs. The final cliff band proved to be just at the threshold of my climbing ability and I almost gave up. I was sure I could climb up but not certain I’d be able to climb back down. After some mental debate I decided to go for it because there was one really good handhold and a good crack in which to wedge my foot. The petroglyphs were quite unique. Two of them were snake-like bodies with human-like legs and feet. I was relieved after I was able to slither backward on my belly and downclimb the crack on the one really tough cliff band. I made it the rest of the way down and headed home while trying really hard not to look for more rock art along the way. 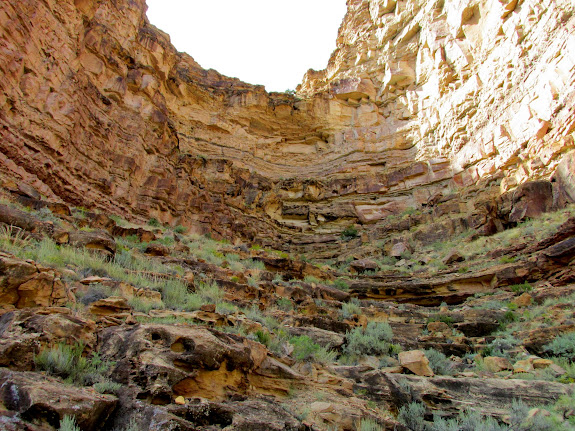 12′ cliff band that almost stopped me, but I was able to climb the crack in the center 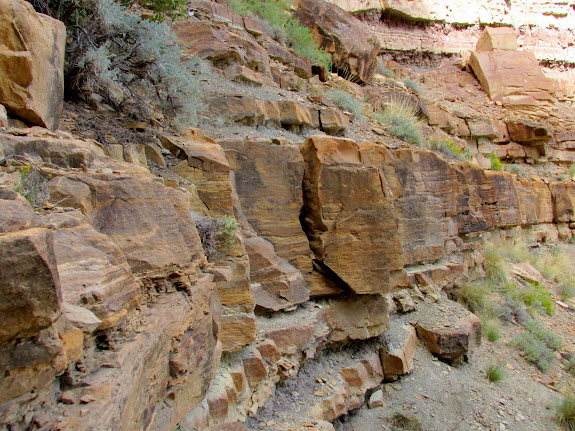 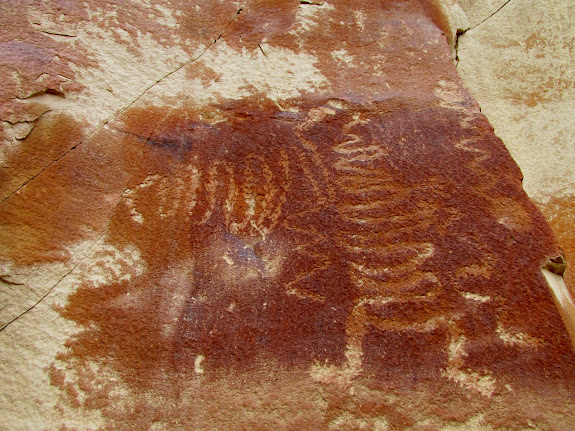 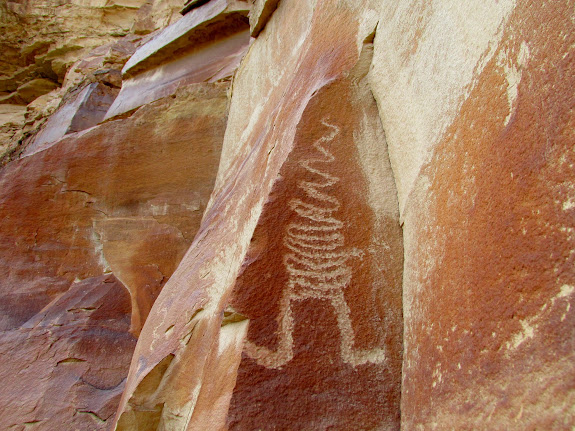