There’s a group of geocachers who meet one Sunday a month to hike, usually somewhere around the Salt Lake Valley, and for years I’ve wanted to join up with them. This past weekend I was free and their hike was close enough to home–only a 1.5-hour drive–for me to make it. Chris Rock, who usually attends my semi-annual geocaching events in the San Rafael Swell, planned this hike in Rock Canyon near Provo. I woke up at 6:00AM and hit the road by about 6:30 in order to make it to the trailhead by 8:00. People slowly gathered until 8:30 and then we hit the trail. I only knew four out of the 20 others who showed up, though I’d at least heard of most of them. For the first mile and a half we hiked up an easy trail and gained about 1,000 feet of elevation while stopping occasionally to find geocaches.

Squaw Peak and the sun rising over Rock Canyon 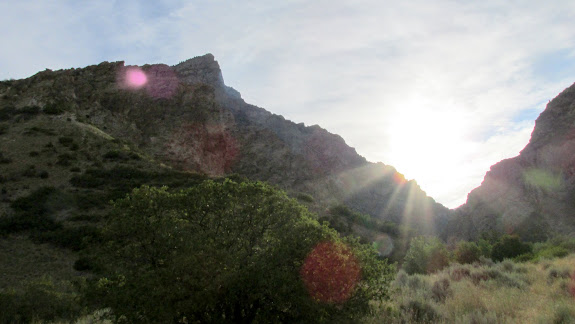 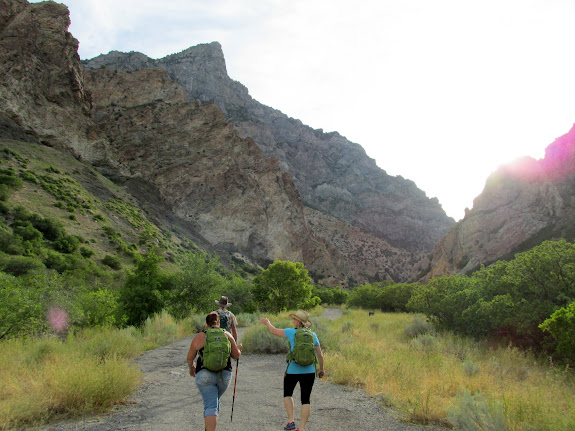 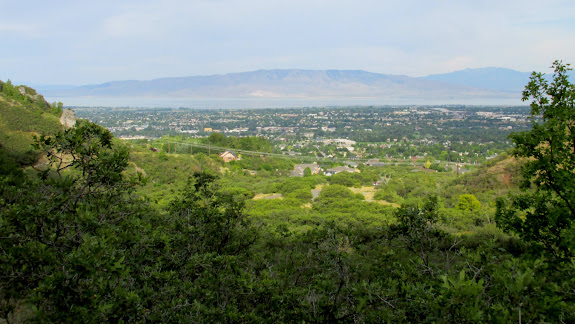 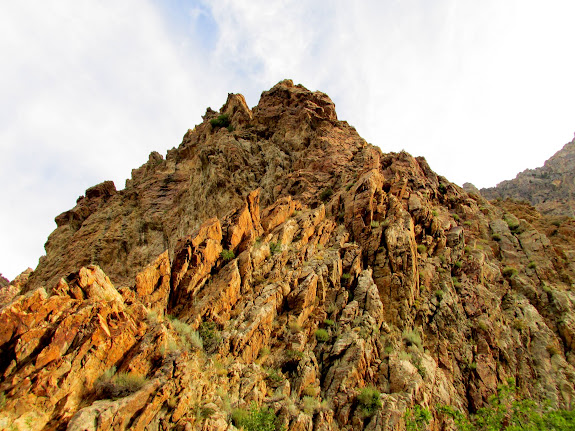 Trail sign near the first geocache we stopped at 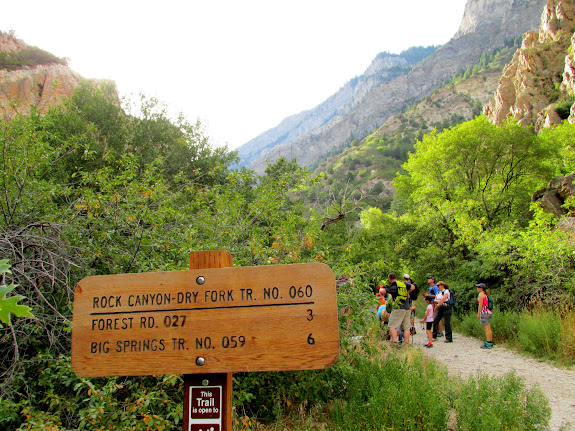 Squaw Peak and the north wall of Rock Canyon 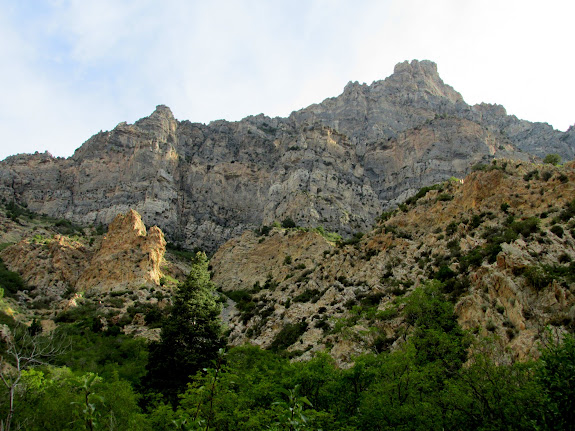 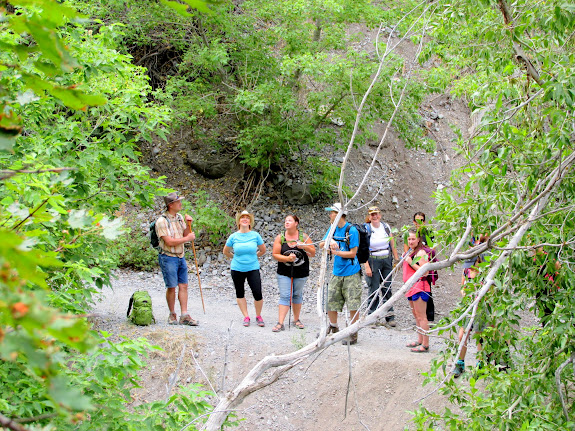 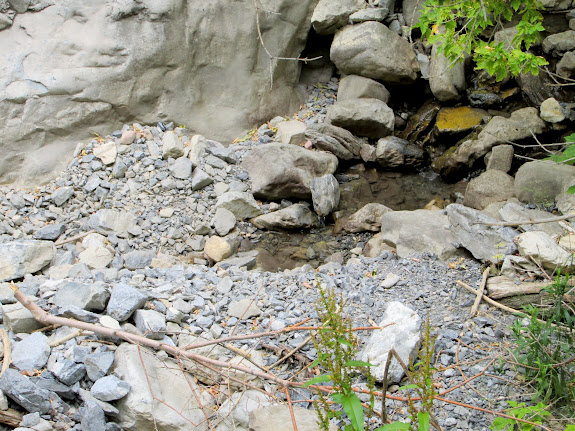 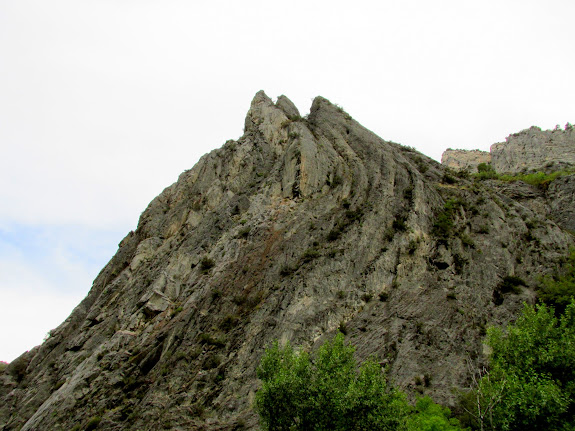 Hiking farther up the trail 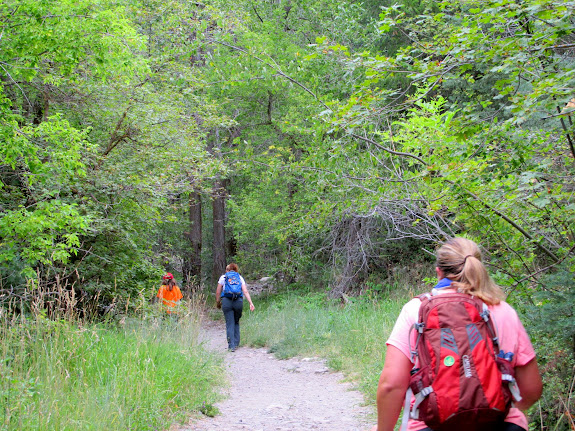 Bridge over the creek in Rock Canyon 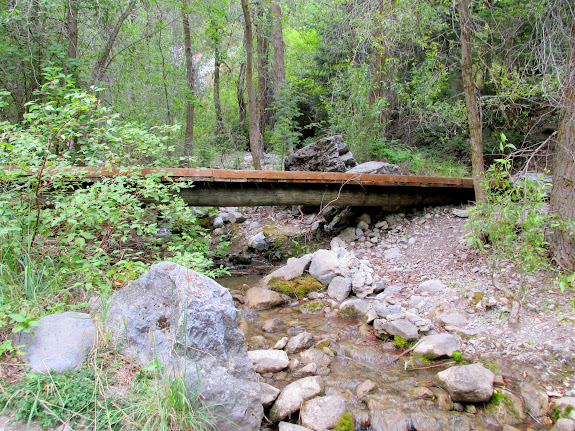 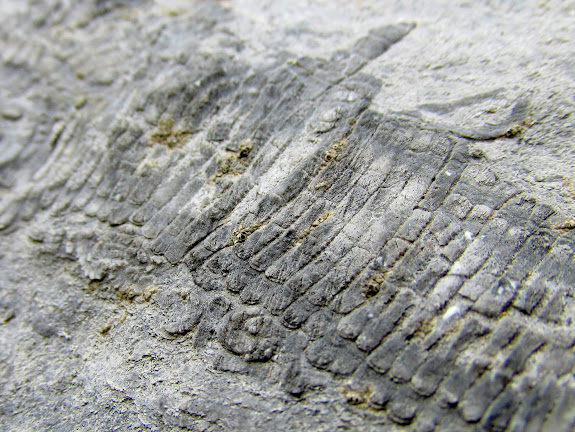 Inside a mine tunnel 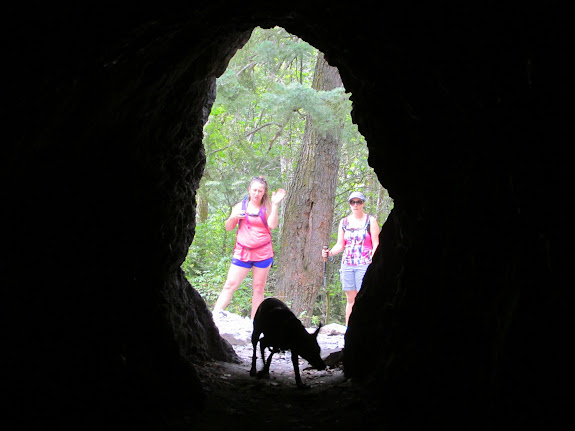 At a fork in the trail we split into two groups–one that stayed in Rock Canyon for more geocaching, and another that I followed that took the trail up to Squaw Peak. The Squaw Peak trail climbed an additional 1,800 feet over 2.25 miles, and my legs got so tired and sore that I almost turned back. Since I was slow and bringing up the rear, however, I didn’t want to skip out without anyone in the group knowing what happened to me, so I plugged along and it was wholly worth it! After climbing up the First Left Fork of Rock Canyon we hit a series of flat meadows and then a nice overlook of Utah Valley. From there it was a relatively short and easier climb to the summit of Squaw Peak.

Beginning of the Squaw Peak trail 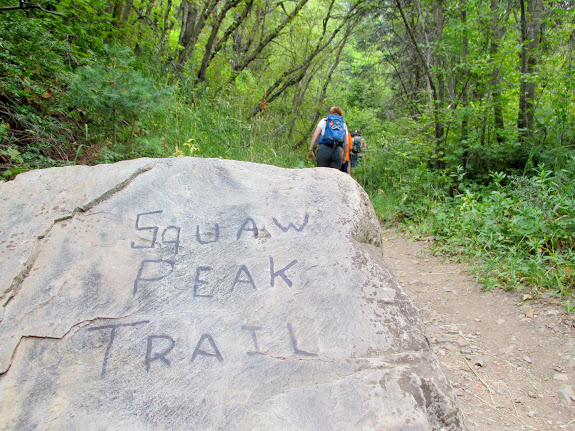 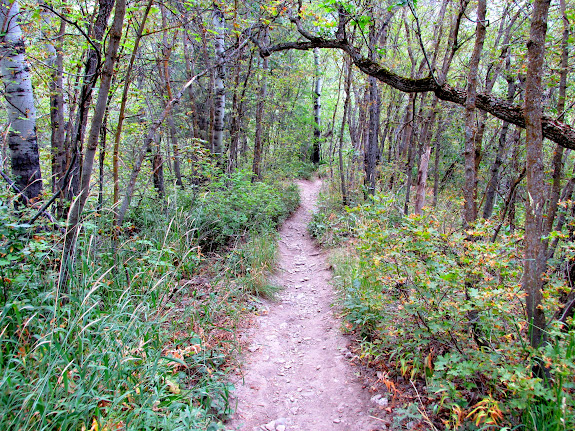 Meadow along the Squaw Peak trail 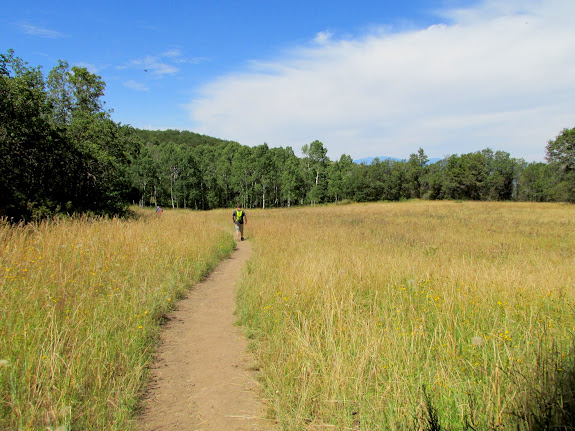 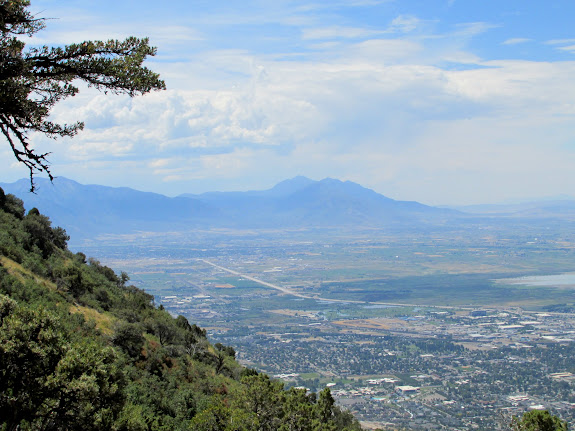 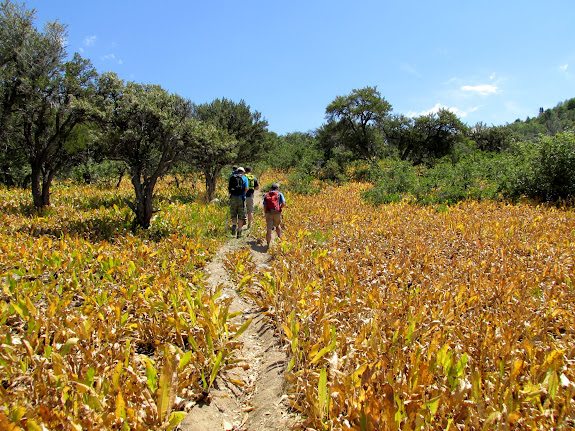 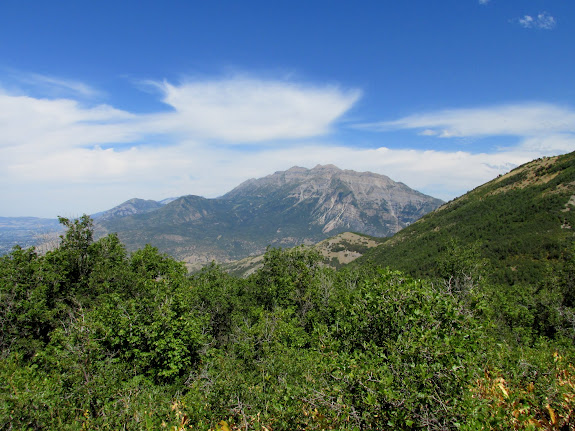 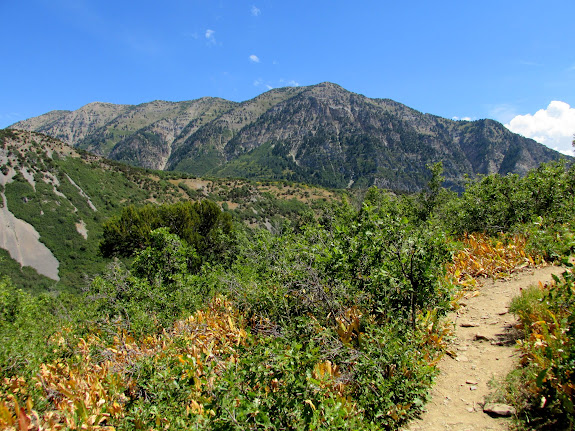 End of the trail at the summit of Squaw Peak 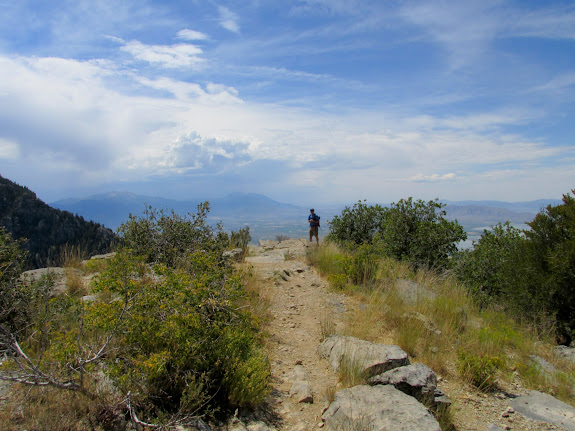 We rested at the summit and enjoyed the views, then descended to the west a short distance to find one final geocache. After climbing back east toward the summit it was all downhill back to the trailhead. With some weather moving in we had cooler temps, thunder, and even a little sprinkle during the descent. The summit group met up with the other group at a trailhead pavilion and drank some cold soda provided by Chris before I split and headed home. I picked up some Papa Murphy’s pizza–a favorite of my family’s that we rarely enjoy since the local franchise shut down–and got delayed by an hour during the drive home due to some flash-flooding that deposited debris on US-6 near the Red Narrows in Spanish Fork Canyon. I got home and savored a single cold beer and a couple slices of pizza while my leg muscles recovered from the day’s hiking. 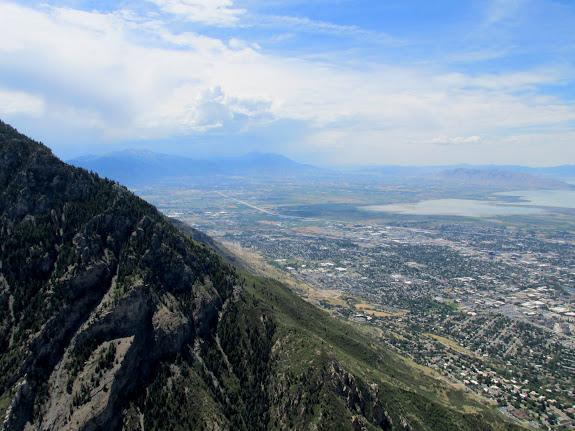 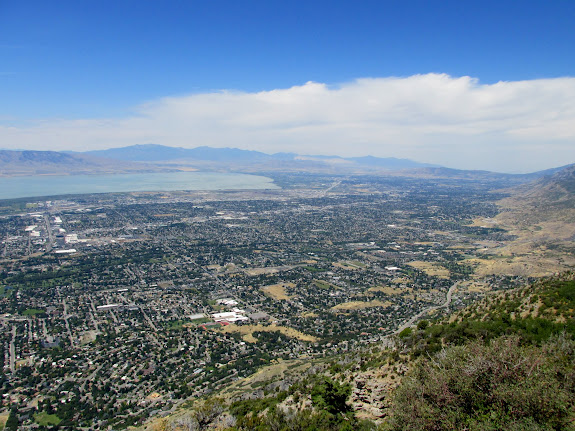 Parking lot at the trailhead (see my Jeep?) 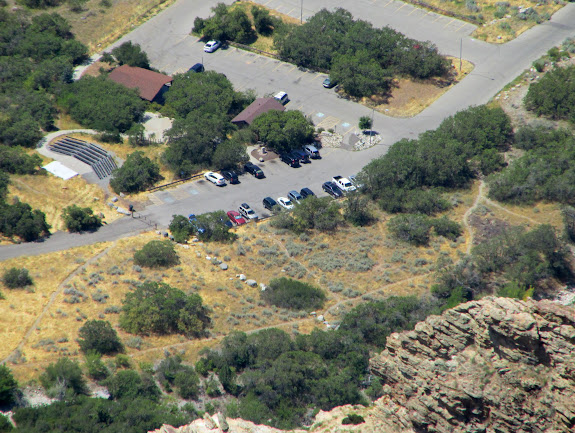 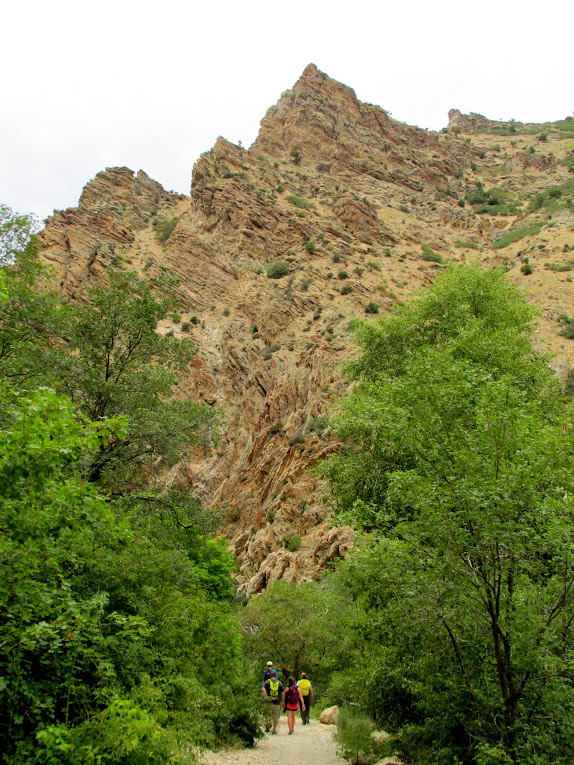 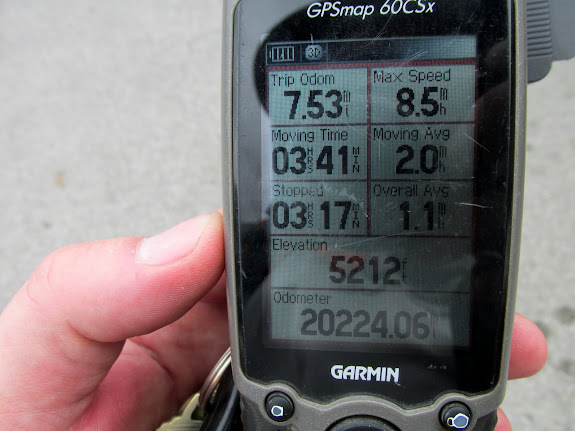