Over the 4th of July holiday weekend Chris and his girlfriend, Dollie, stayed at my place for a couple of nights. After rising late on Saturday morning we headed into the mountains for a respite from the heat of the valley. We only had about five hours before we needed to be back in Price for a barbecue at my mom’s house, and so unfortunately we ended up doing a lot of driving and not much hiking. Our primary goal was to find a geocache near Academy Mill Reservoir that hadn’t been visited in two years. There were a lot of people fishing at Pete’s Hole Reservoir, but once we parked and started hiking the Josephite Point Trail we didn’t see anybody until we hit Academy Mill. The trail apparently used to be open to motor vehicles, but since being closed it’s been reclaimed and there’s no indication of its previous use.

Chris and Dollie on the trail 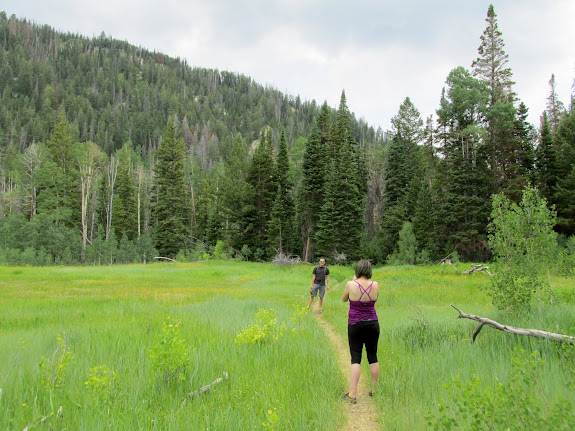 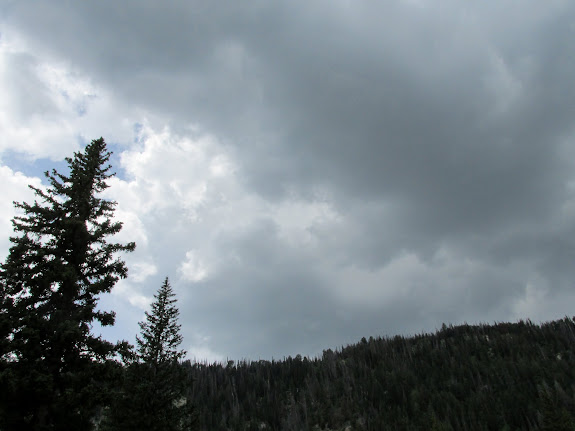 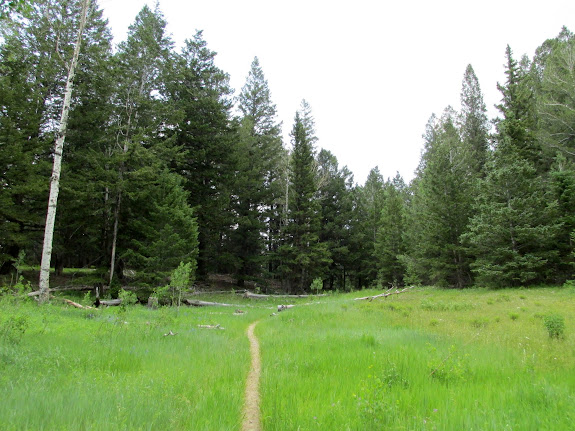 Only a short while after starting the hike we heard thunder behind us. A storm was moving in from the north. There were a lot of carvings in the quaking aspen trees, most of which were from the 1980s and 1990s. One person, Reid Bailey, had carved his name into many dozens of trees, almost all of them dated 1982. The oldest carving I saw along the trail was from Fred Cox in 1934. 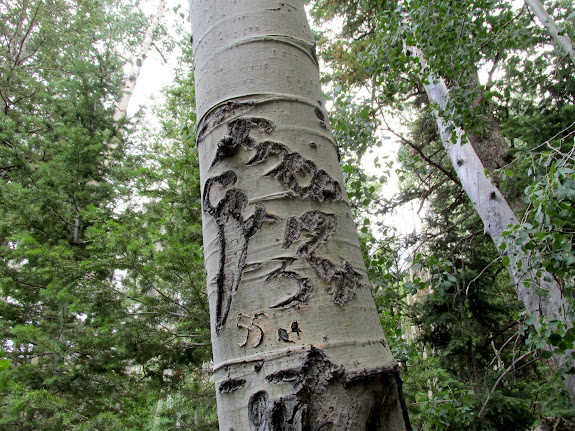 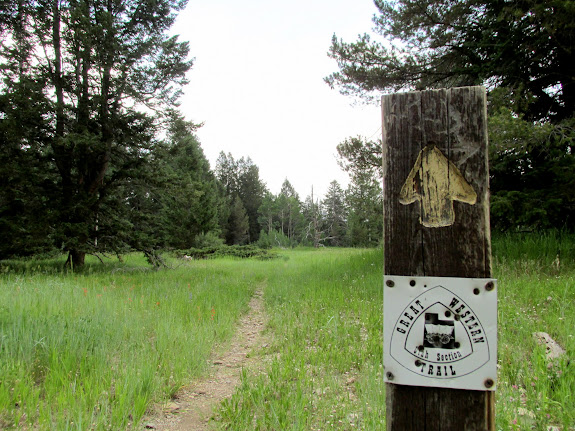 We took a fork in the trail leading to Academy Mill Reservoir and saw a small group fishing there–the only other vehicle at the trailhead was a red Chevy that must have belonged to them. Fifteen minutes of searching for the geocache was fruitless. The coordinates placed us at the edge of the reservoir in a stand of small pines, which certainly must be visited by many more non-geocachers, so it’s no surprise that the cache would go missing. Once we gave up the search I headed over to some large aspen trees to check for carvings and found some that were quite old. The oldest was from 1902, but certainly the most prolific were by a guy named Allen Folster from 1905. Judging by the range of dates he must have spent a month in the area. I did some research on Allen and found that he was 17 years old at the time of the carvings, having recently graduated from high school in Ephraim. One of his carvings was made exactly 110 years ago, on July 4, 1905.
Folster, Allen C.
Folster was born on September 8, 1888 in Ephraim, Utah and served an LDS mission in England for 26 months. He joined the Forest Service on April 1, 1917 and served as a ranger on the Manti (1917-18 – district unknown), the Fishlake (1918-20, 1921-25), and the Fillmore (1921) national forests. He was assistant supervisor of the Fishlake (beginning January 1, 1925) before holding supervisor positions on the La Sal (March 1, 1927 to May 16, 1935), Powell (1935-1941), and Manti (1942-45) national forests. Folster retired on May 31, 1945 due to failing eyesight. As of 1950, he resided in Salina, Utah but wintered in Arizona. [Source] 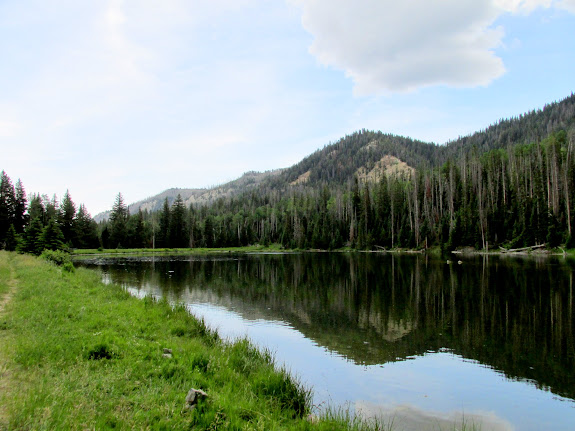 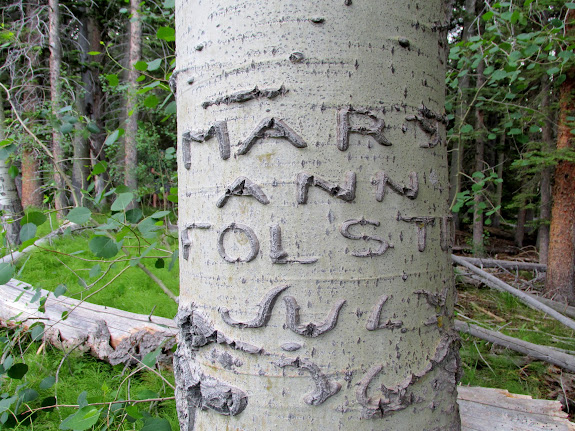 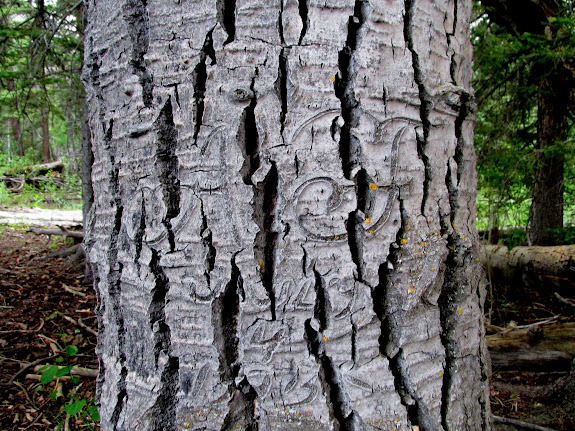 1902 date mixed in with various initials 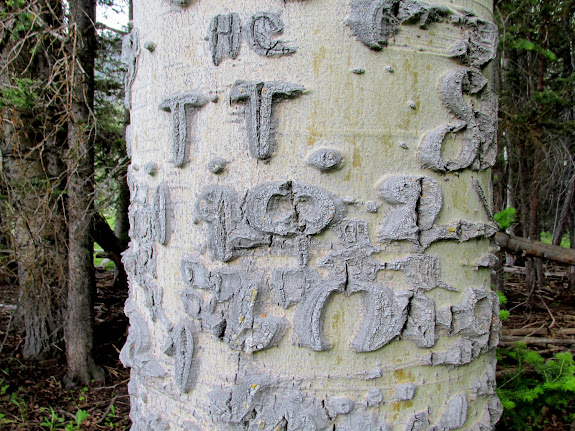 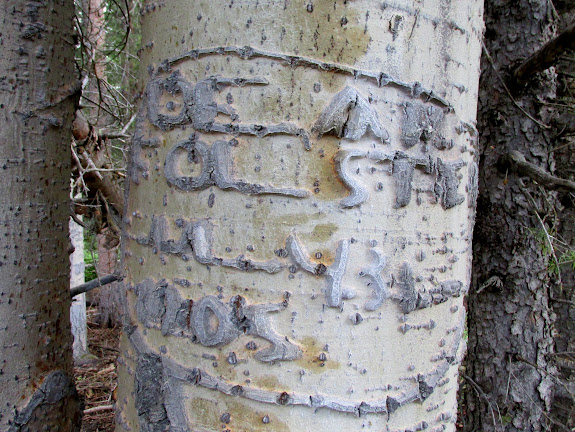 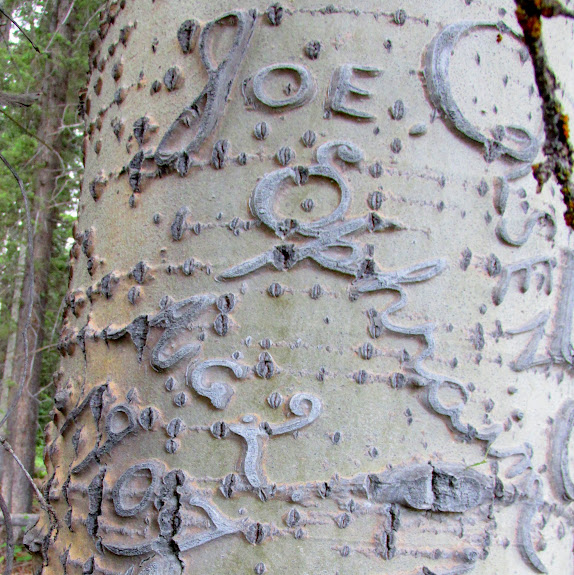 Rain cut our tour short and we hiked quickly back to the Jeep while our shoes gathered several pounds of mud each. Lightning crashed around us and quickened our steps. Back at the Jeep we kicked as much mud off our shoes as we could and then took shelter from the rain. While driving out the Jeep kept sliding toward the edge of Pete’s Hole Reservoir, even in 4WD, and I was worried that we were going for a swim! Once past the dam the road was more graveled and I was able to get out the rest of the way easily in 2WD as the rain increased and mixed with hail. Runoff streamed down the road, and we caught up to the multitude of trucks and ATVs that had made a mass exodus from Pete’s Hole ahead of us. Luckily the storm was fairly localized and we had dry roads for most of the descent to Joe’s Valley. We made it home in time to clean up, buy some fireworks, and enjoy the barbecue. 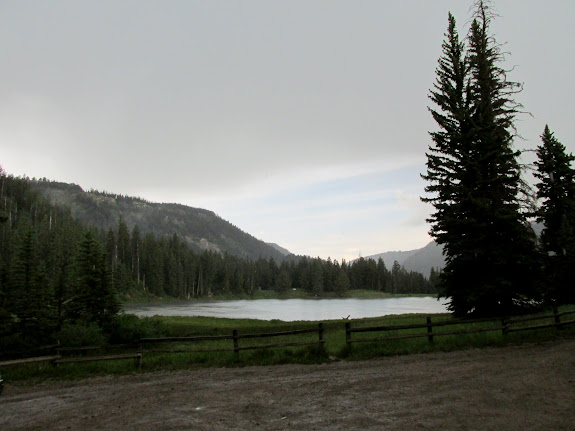