On March 21, my bro-in-law Mark and I hiked to a peak in the Book Cliffs to find a geocache (placed by Karin and Katie) that had been sitting there for over a month without anybody finding it. It was obvious why nobody had gone after it yet–the hike was only about three miles round-trip, but it was through rugged and steep terrain with about 1,000 feet of elevation gain. Even the relatively flat terrain leading up to the base of the mountain gave Mark and me problems. There were boulder fields and heavy stands of pinyon/juniper. There was one other geocache about halfway to the summit, and we stopped there to rest before moving on.

Near the starting point, in the middle of a boulder field and thick pinyon/juniper forest 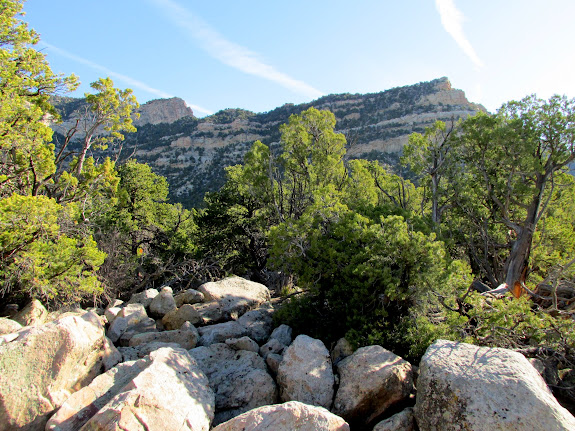 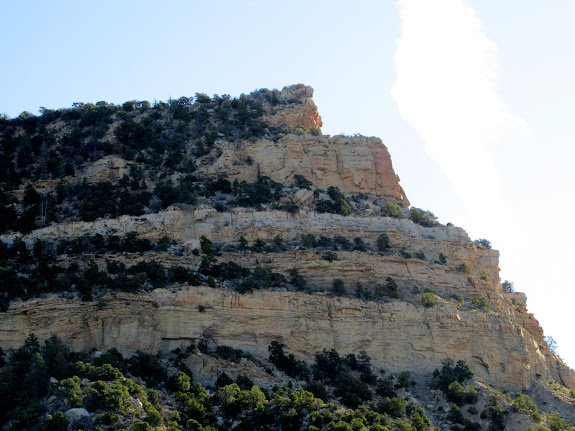 View northwest as I climbed 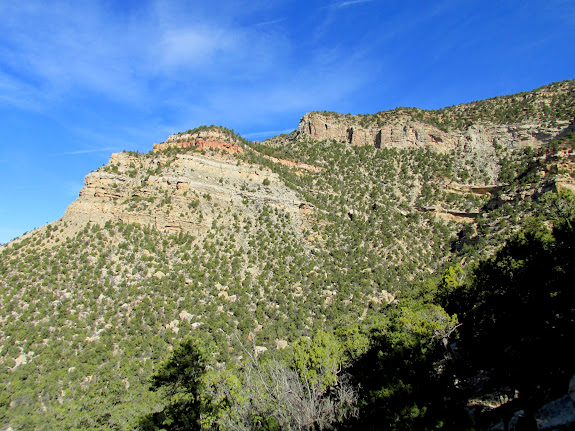 Clark Valley with the Wasatch Plateau in the distance 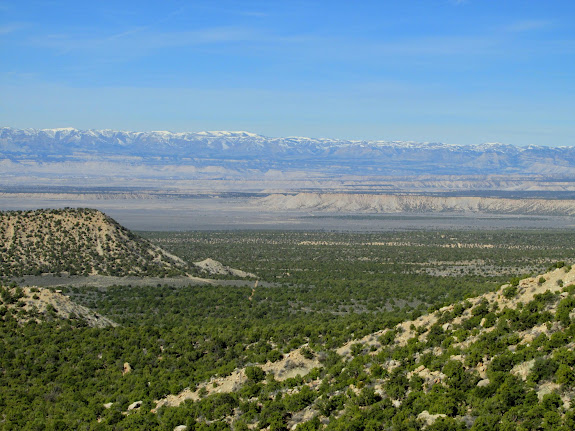 Boulder and Torrey resting at the first geocache 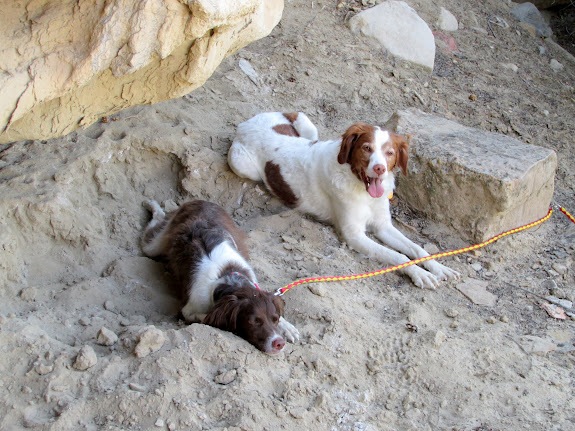 The hike hadn’t been all that difficult until the first geocache–it was just slow. From then on we had to do some routefinding through the cliff bands, and there was a lot of uncertainty about whether our route would get us to the summit. In a few places I saw cairns, but there was no sign that the geocache owner had been this way. We had to backtrack a couple of times but we eventually made it to the summit and found the geocache. The views were typical of any place along the top of the Book Cliffs–awesome! Through the haze I could even see the Henry Mountains more than 100 miles away. The hike back down the mountain was relatively fast and uneventful. We took a different route down than we’d taken up and it turned out to be slightly easier. The hike lasted about five hours, and surprisingly I wasn’t terribly tired or sore afterward. 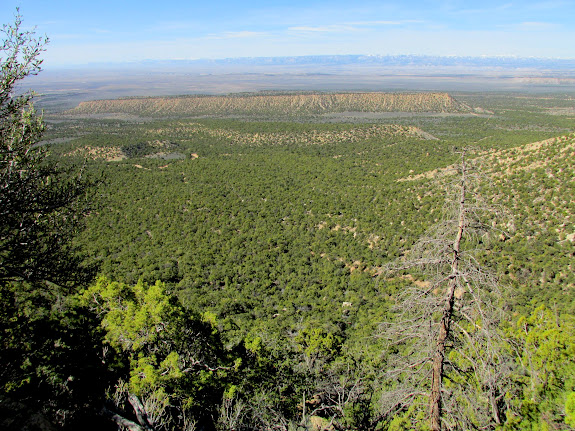 A cairn along my route 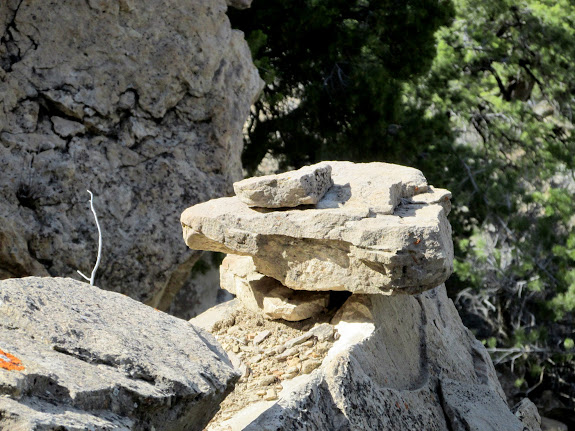 View along the bottom of a cliff band 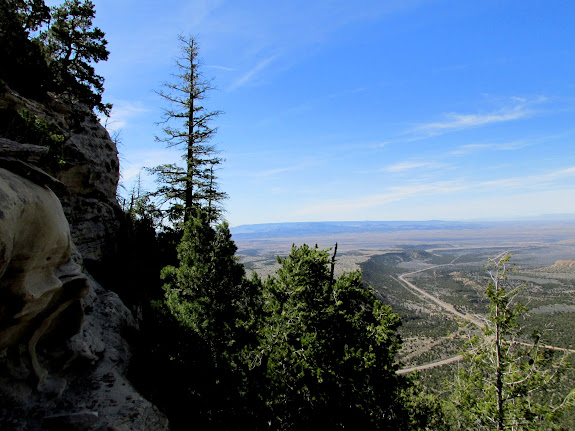 C Canyon Road from just below the summit 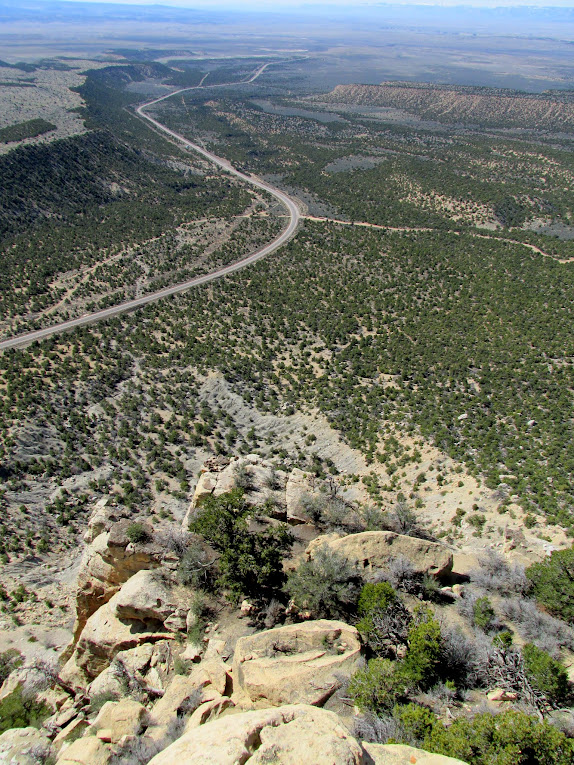 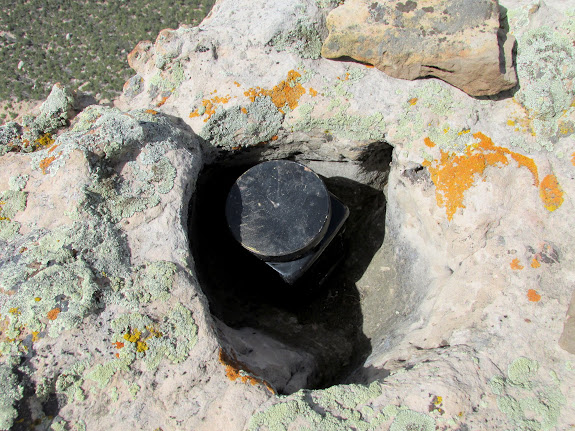 View south along the Book Cliffs 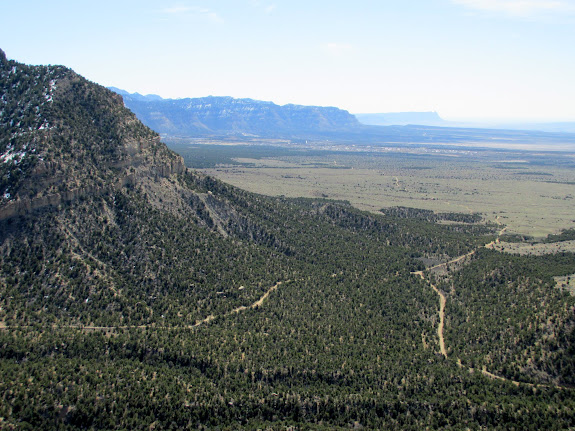 Mark at the summit 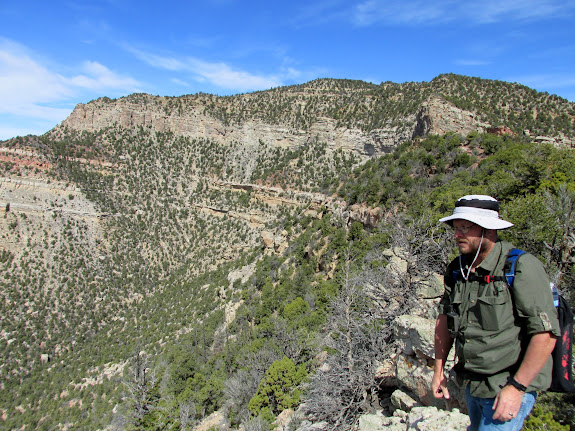 West Ridge Mine in C Canyon 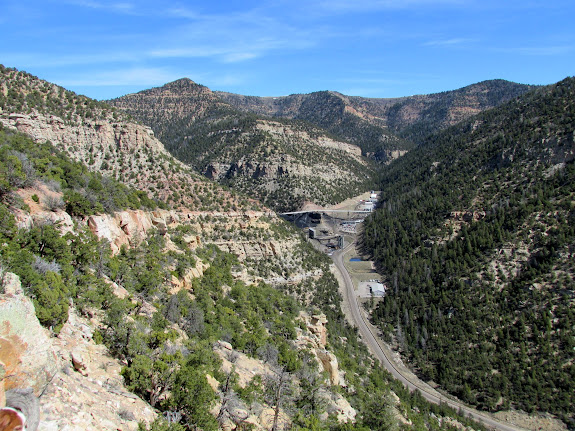 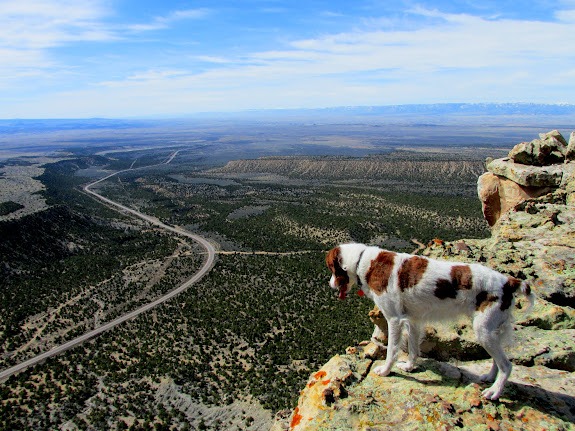 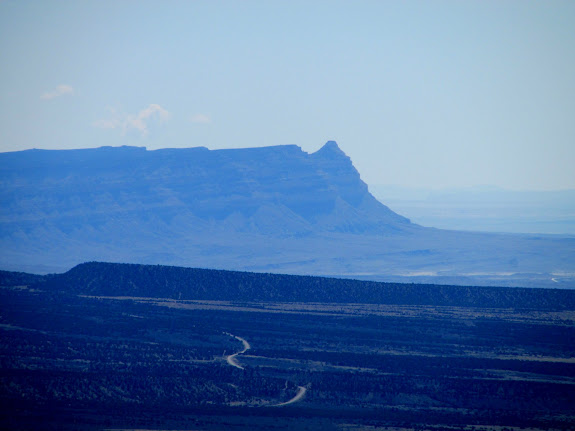 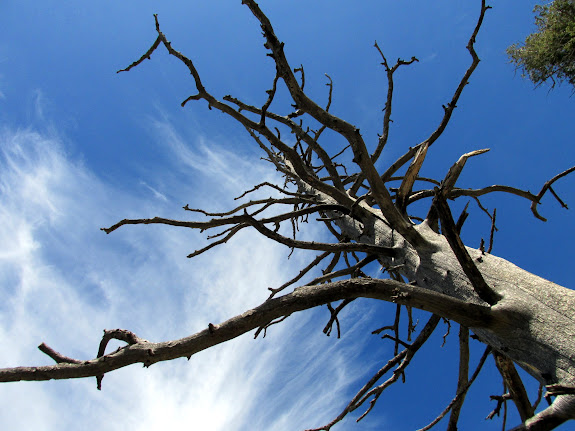 Mark just below the final cliff band during the descent 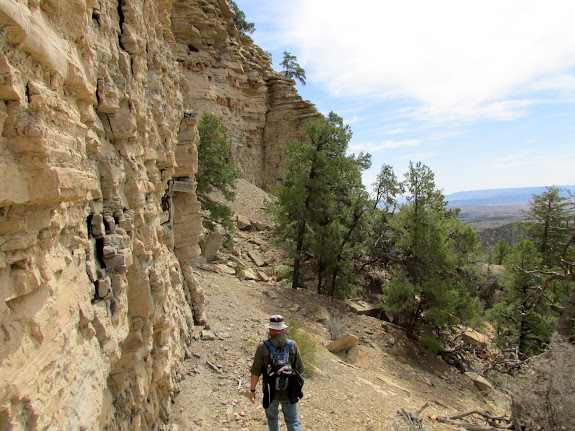