I spent Saturday at the almost-annual geocaching event at Potter’s Ponds, near the site of the oldest geocache in Utah. Rain was in the forecast, and rain it did. For much of my drive up Huntington Canyon it wasn’t raining but when I hit the gravel on Miller Flat Road the rain started intermittently. I took a short side trip to Rolfson Reservoir to replace an old geocache whose container was broken. The road was muddy and extremely slippery. After replacing the container I slipped and slid my way–at times with the Jeep going sideways–back to the main road. 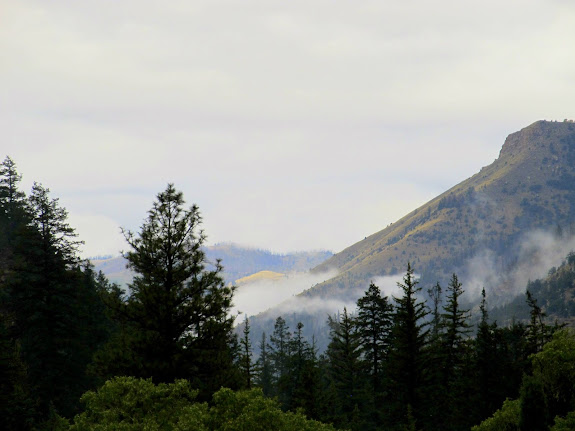 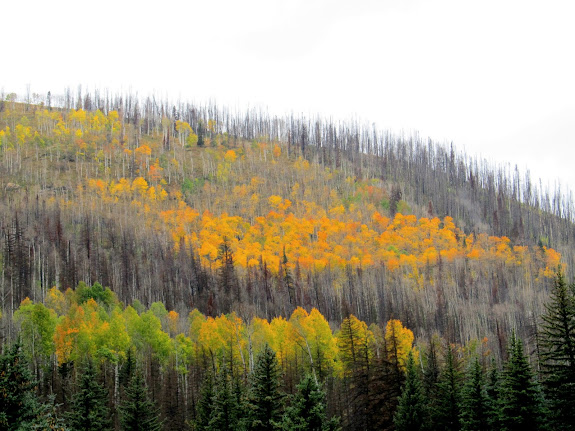 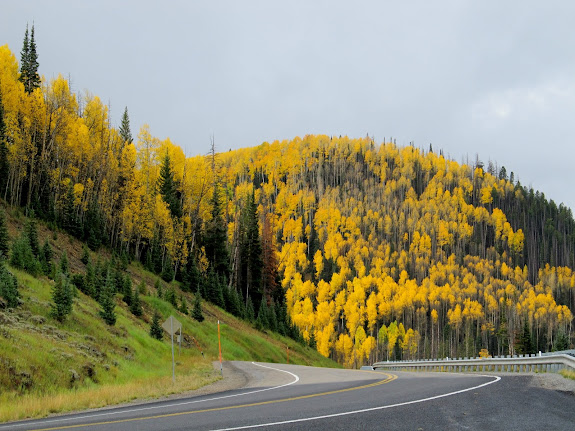 Rain and wind at Cleveland Reservoir 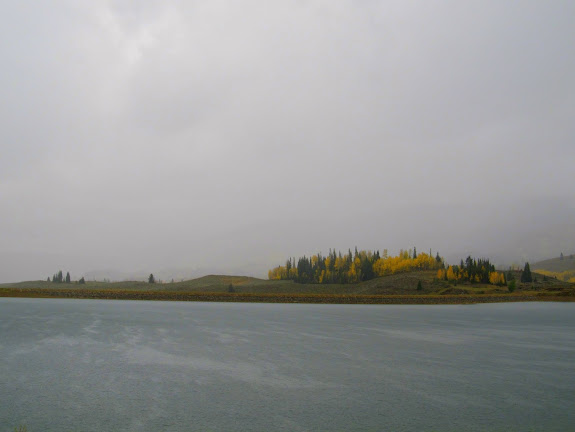 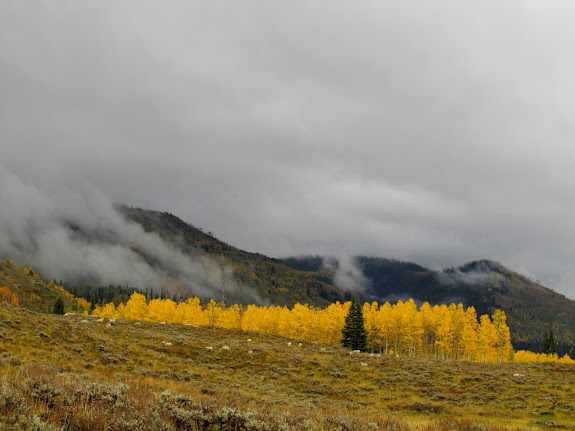 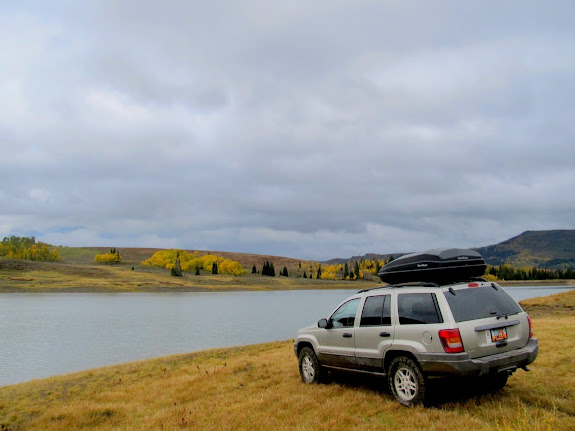 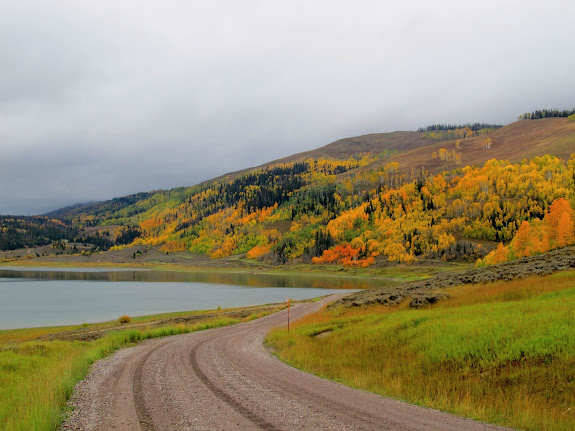 At the Potter’s Ponds campground I was the second to arrive. Dick was already there starting his Dutch oven lunch for the group. He had a small tarp set up to keep the wind and rain off the food, and very shortly after I showed up the rain set in for good. As everyone else got there they took shelter under the small tarp and we spent most of the afternoon huddled up and visiting. I didn’t even get my camera out due to the rain.
I was among the first to leave after we ate lunch–I was wet and cold! A few miles south of the campground I encountered a guy on an ATV who had just come down a side road. He flagged me down and said his truck was high-centered up the side road and asked if I could pull him out. I followed him up the road and found a Tundra hitched to an ATV trailer stuck in some deep ruts in the road. I grabbed my tow strap from the roof box, he hooked it up, and I pulled him out as a torrent of water ran down the ruts in the road. I got back to the main road as Dick and another geocaching group were leaving, and I followed them south toward Joe’s Valley. At the top of Straight Canyon there was a sheriff’s deputy stopping traffic to let people know that the road ahead was full of rocky debris and water from the storm, and to proceed with caution. There were waterfalls cascading off the canyon walls and streams running across the road, along with rocks to dodge on the pavement. When I finally reached the bottom of the canyon I passed a snow plow heading up to clear the road. I saw on the news that Huntington Canyon had been closed due to a huge debris flow of rocks and trees from the Seeley Fire of two years ago. I’m glad I took the southerly route home! 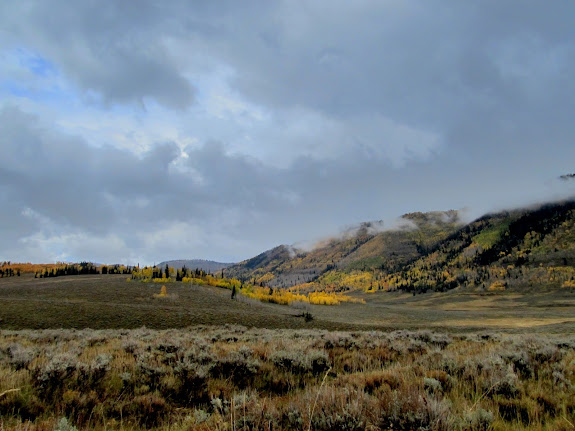 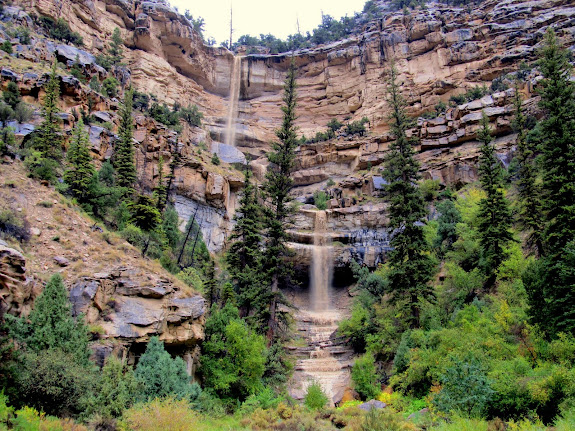 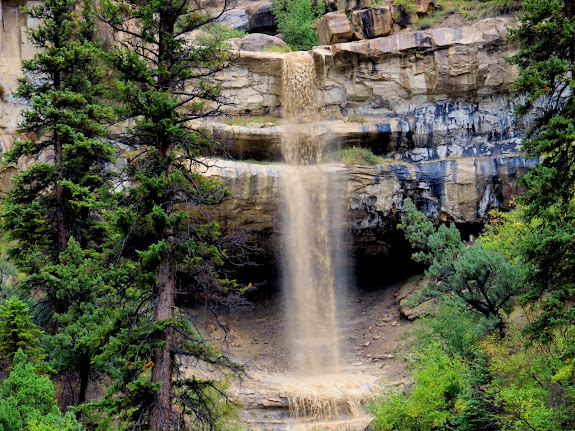 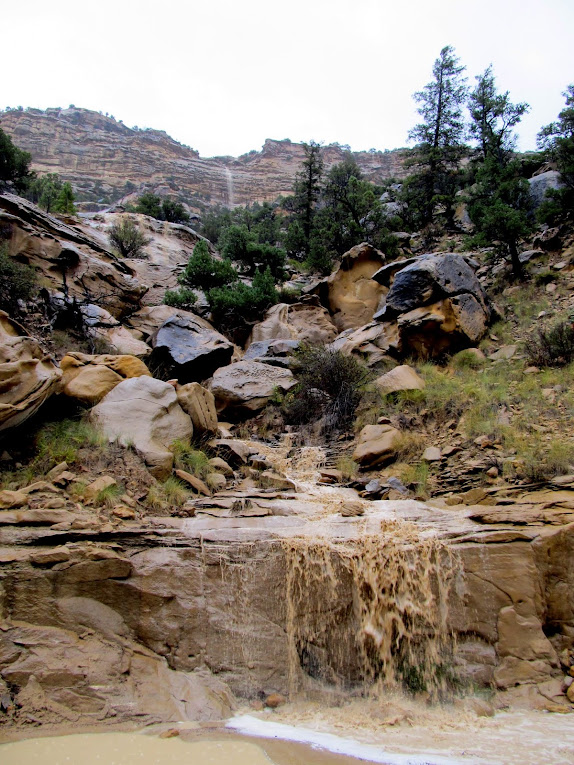 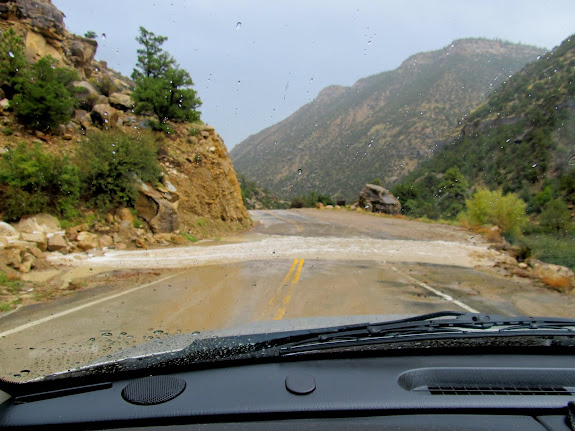