I didn’t do much this weekend, so when I noticed there was a new geocache near the Peerless Mine today I drove to Spring Canyon after work hoping to get the first-to-find. I hadn’t taken the dogs for a hike in weeks and they were eager to go. Nine years ago I had hiked past the Peerless Mine but I was on my way to the top of the ridge between Spring Canyon and Hardscrabble Canyon and didn’t take the time to look around at the mining ruins. This time I leisurely hiked up the old tram grade, stopping to look at old buildings and relics left over from 1916 through 1954 when the canyon was actively being mined. There were several prospect shafts that had been filled in, including one in which the fill had settled enough to allow a person to crawl inside.

Parked in Spring Canyon near the old townsite of Peerless 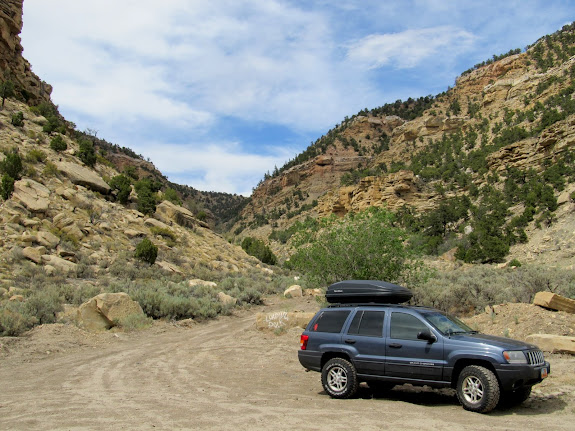 Old tram grade leading to the Peerless Mine 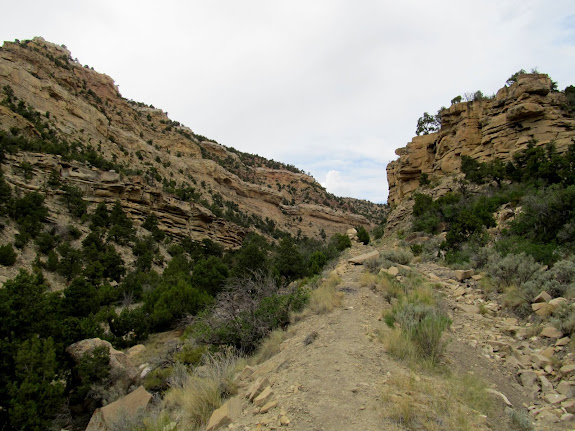 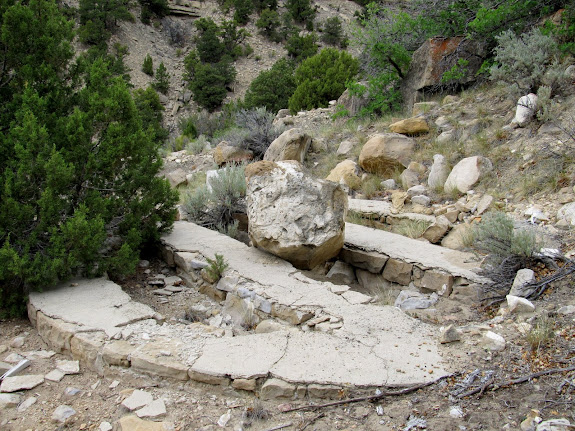 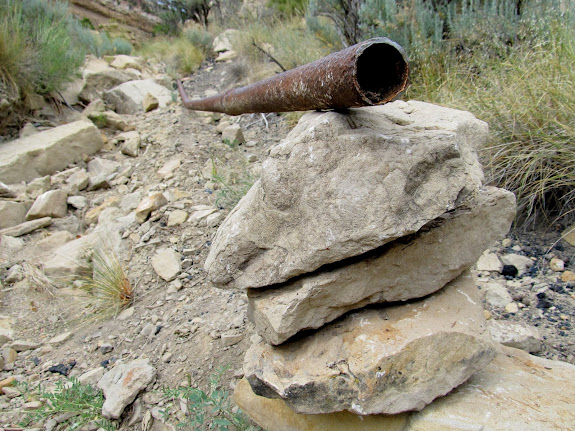 Inside a crumbling building 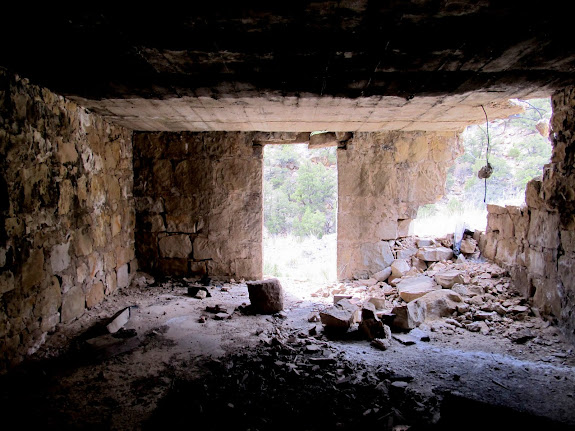 Boulder and Torrey cooling off in the shade of a building 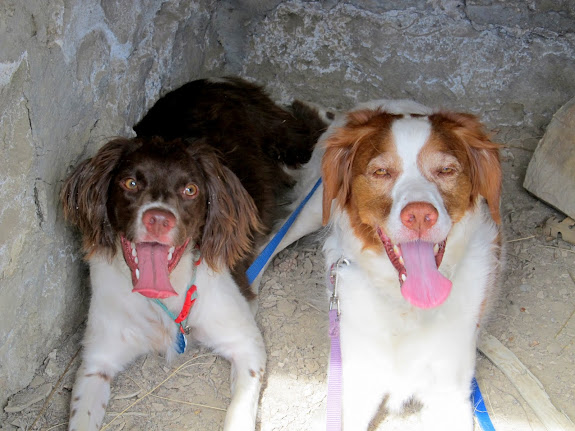 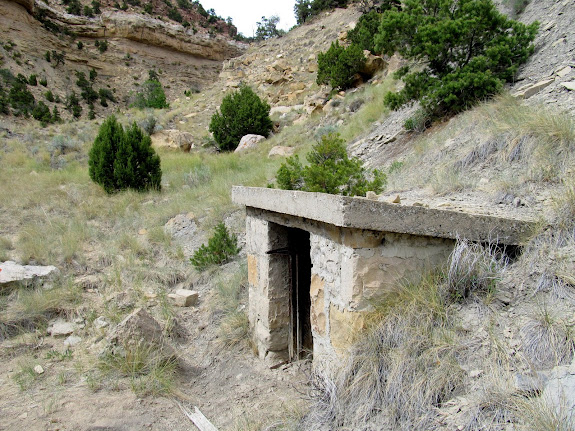 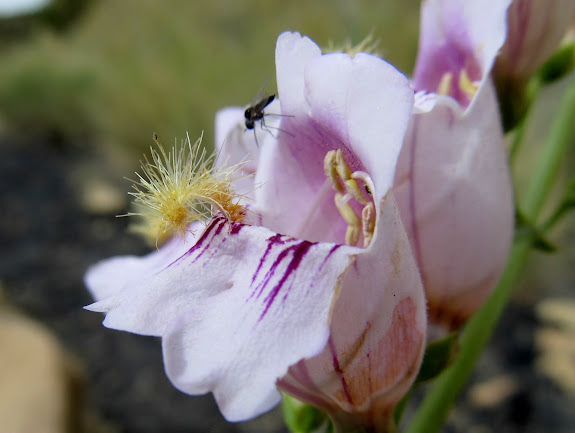 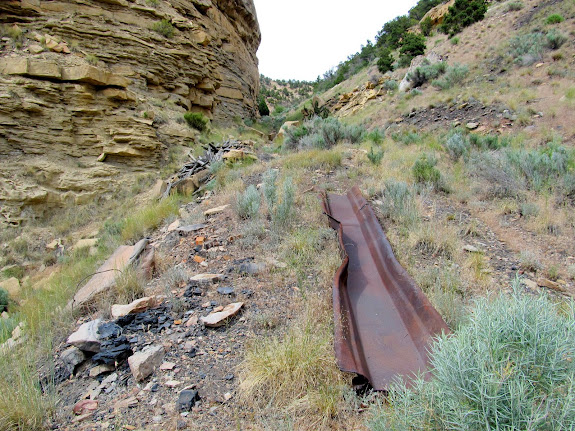 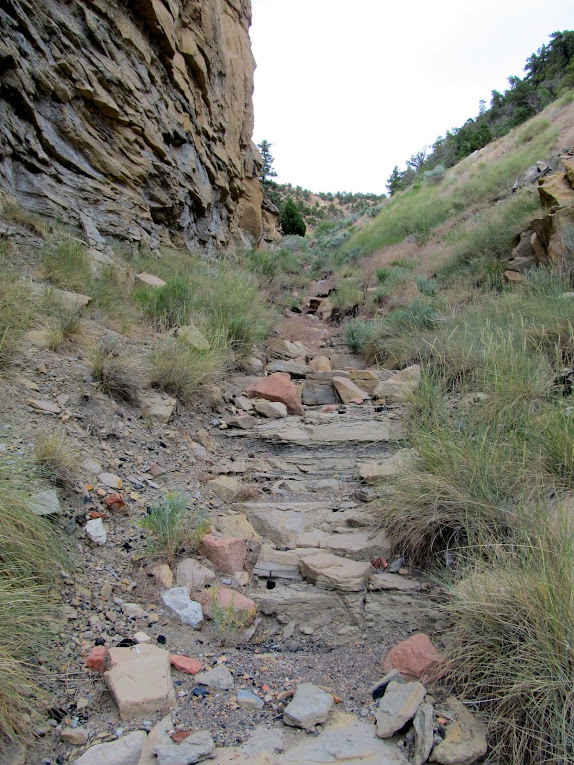 Cribbing along a road grade leading up to a mine entrance 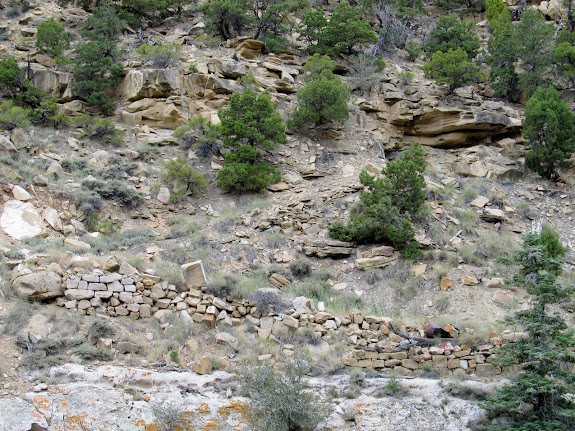 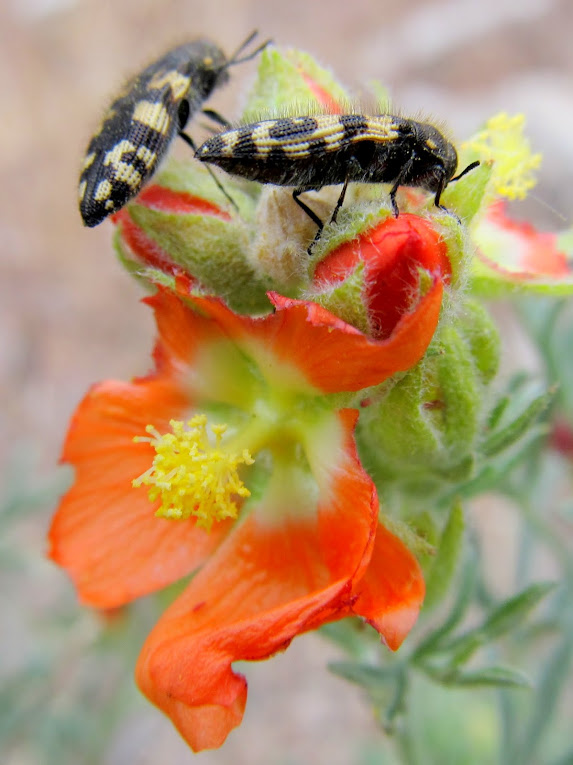 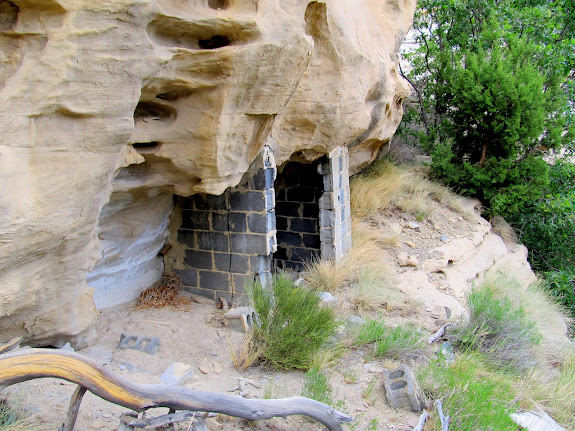 Buried mine entrance with a hole large enough to crawl through 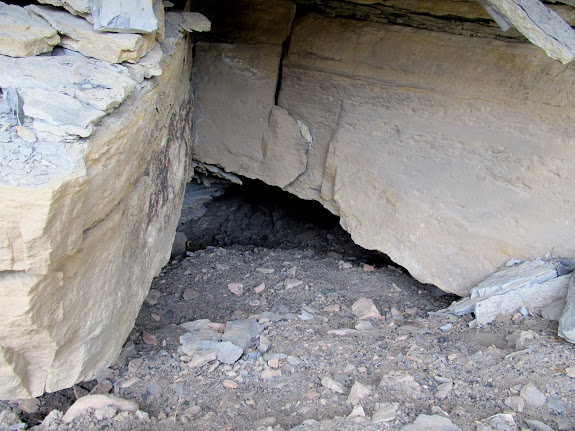 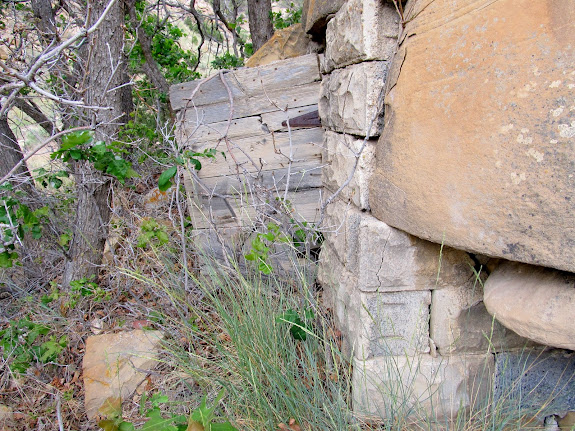 The Peerless Mine was near the top of the tram grade, and its entrance had also been filled in. Above the mine were the sandstone and concrete remains of a structure–the largest still remaining in the canyon–at which the geocache was hidden. I signed the log in the cache then hiked a short distance to the very top of the tram grade. I’d stopped to investigate all the ruins on my way up and it took about an hour and a half. The hike back down to the Jeep took only 30 minutes or so. My round-trip hiking distance was about 2.4 miles and the dogs probably covered twice that. While driving out of Spring Canyon I recognized another geocacher driving up the canyon–he would have to settle for second-to-find. 🙂

Almost to the Peerless Mine 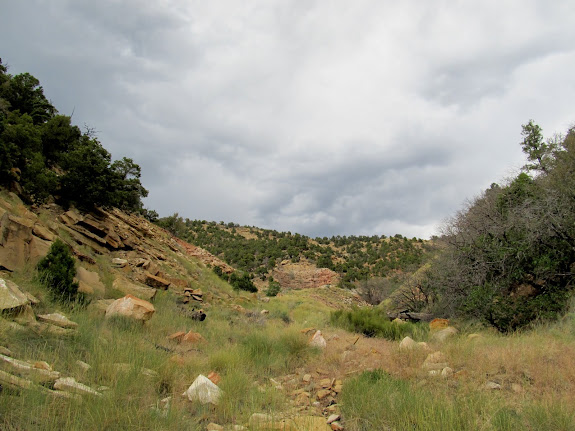 Buried entrance to the Peerless Mine 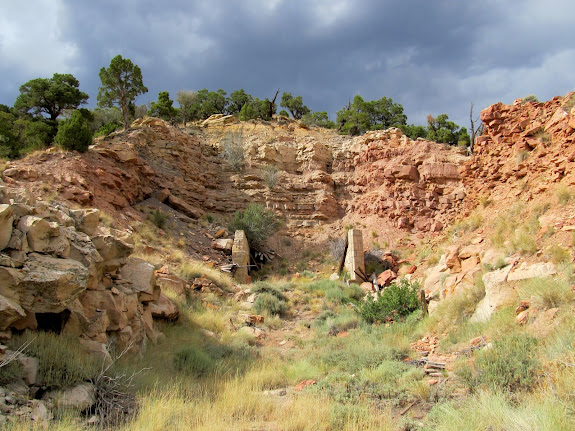 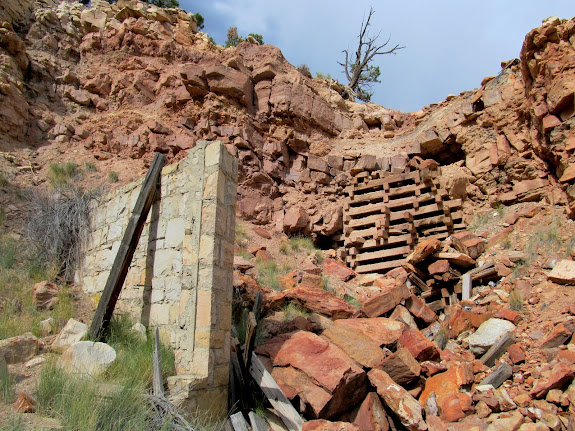 Yet another stone building 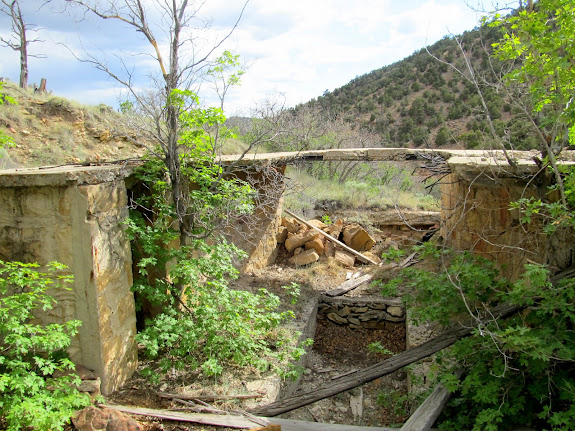 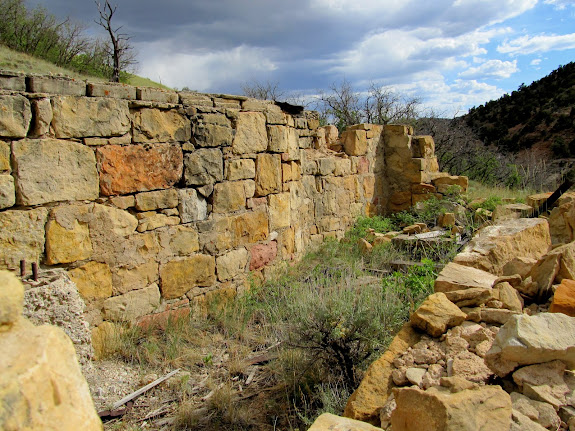 View from top of tram grade 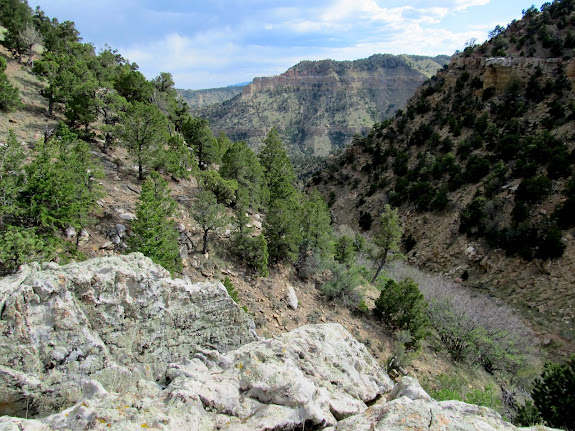 Storm clouds over the Book Cliffs during the drive home 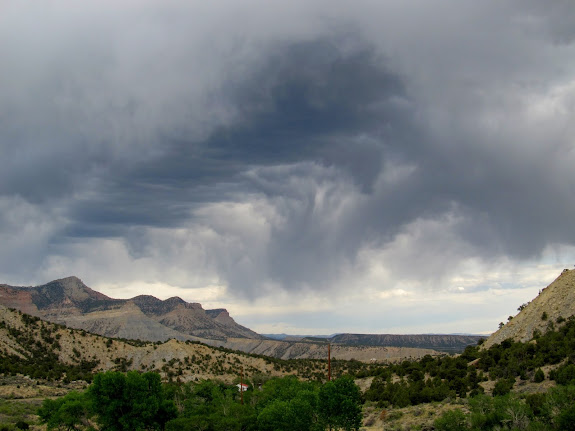