Sunday was mine and Traci’s last day in southern Utah. Eric and Sherie piled into our Jeep along with their dog, Bosley, while Chris followed in his Ridgeline with Karin along as a passenger. We crossed into Arizona and turned west just south of Colorado City and headed up Lost Spring Mountain. It’s more of a flat plateau than a mountain, rising gently from the east and dropping off steeply on its west side. The road was a little rough but it was relatively easy 2WD driving. We went straight to the western edge of the mesa and enjoyed a wonderful view of the desert below, with cloud shadows moving across the valley floor and a wonderful contrast between deep blue sky and pale red desert. We hiked to a few geocaches along the mesa’s edge, then returned to the vehicles for a bite to eat. Chris had to get back to SLC so he and Karin took off. We were in contact with Paul and Pam by phone and they said they were on their way out to meet us.

View from the road after climbing up onto Lost Spring Mountain 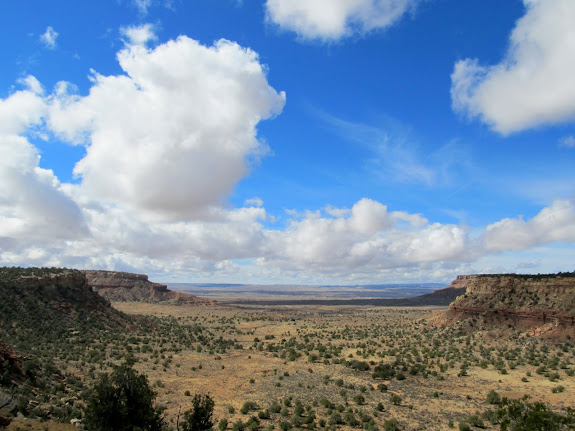 Chris on a rough section of road 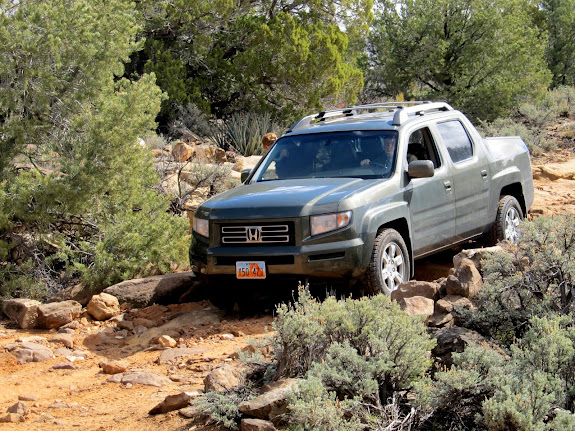 Overlook on the west edge of Lost Spring Mountain 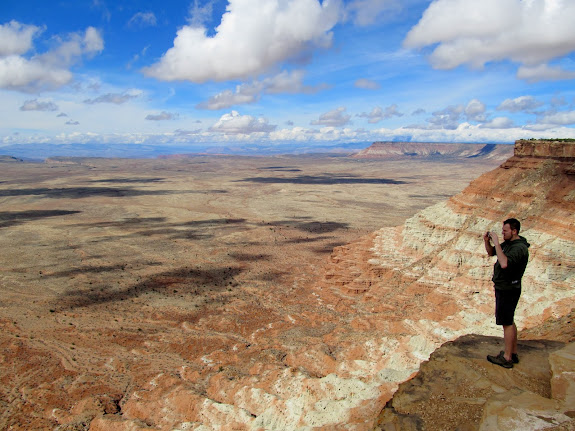 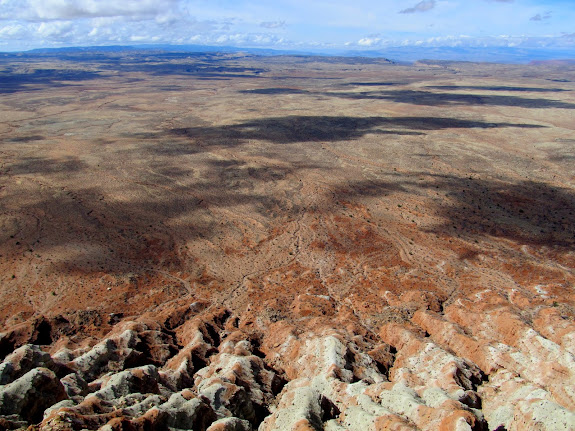 Chris checking out the view 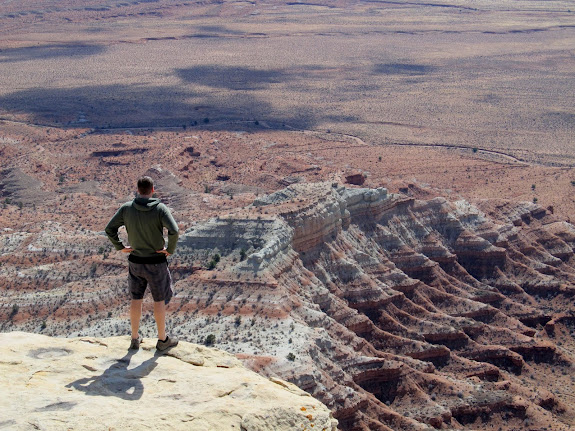 View east along the southern edge of the mesa 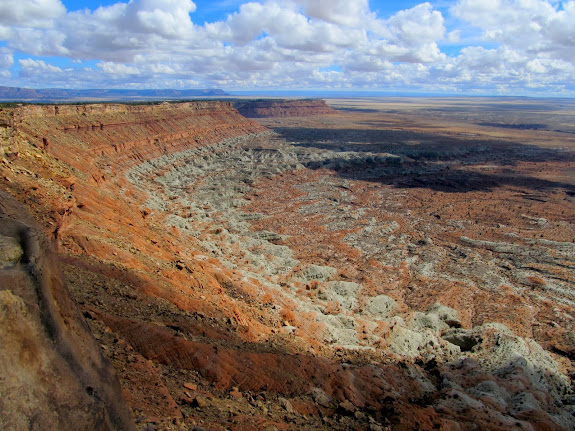 The rest of us backtracked a bit then turned onto a long arm of the plateau that extends to the north. Eric had previously encountered a place there with some pottery fragments, and we were going to poke around nearby to see if there was anything else interesting. We started hiking and passed up quite a few geocaches, but I did stop to find one of them because it was named after me. Before we got to the area we were aiming for, I found first one then another piece of pottery. Eric started looking around and found several more, and suddenly we were all scattered about searching the ground for any interesting potsherds. Paul and Pam found the spot where my Jeep was parked and we gave them our GPS coordinates, then they hiked over and joined us. We spent a while just exploring the area and never made it to the spot where Eric was going to take us–our current location was interesting enough. 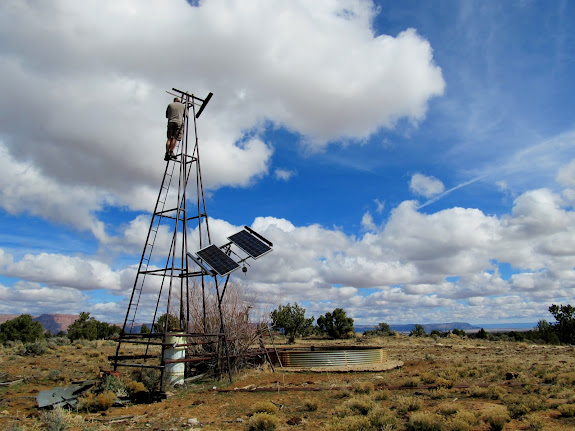 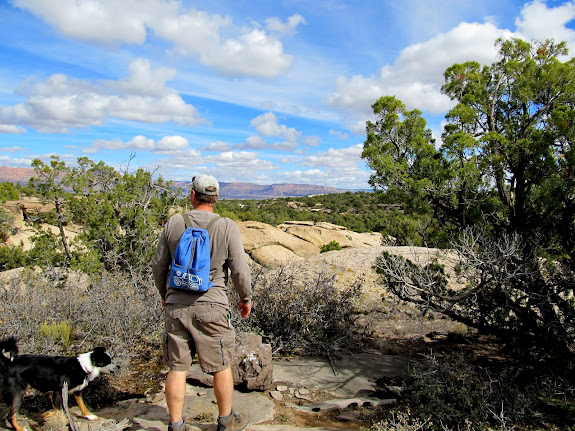 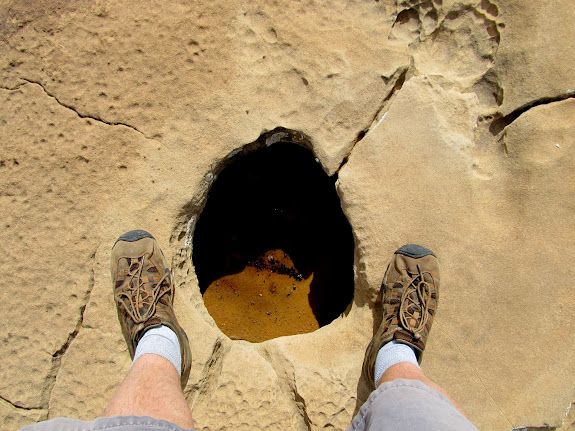 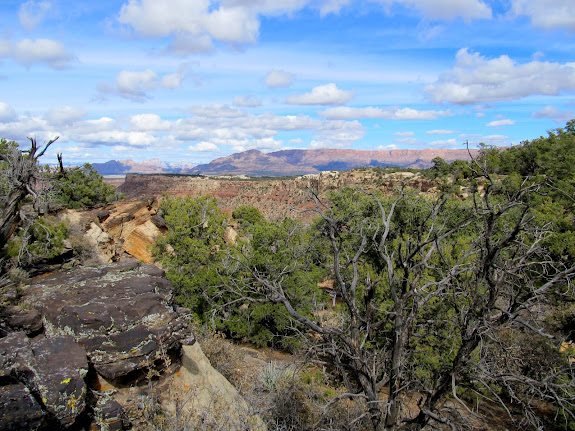 The Jeep parked far off in the pinyons and junipers 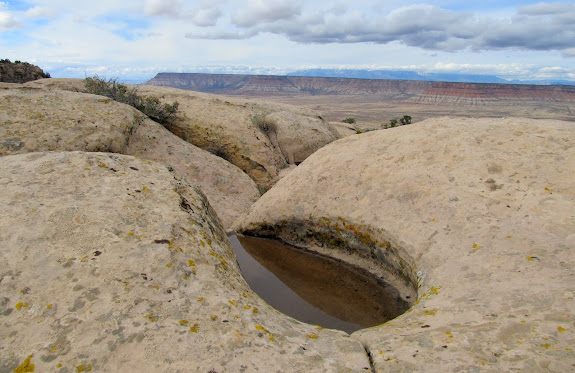 Funky formations below an overhang 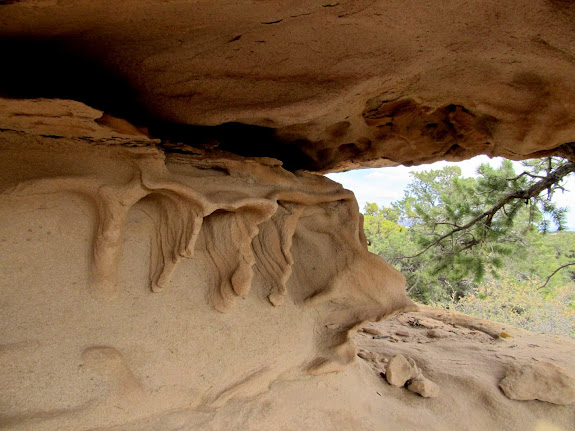 A couple of pottery pieces 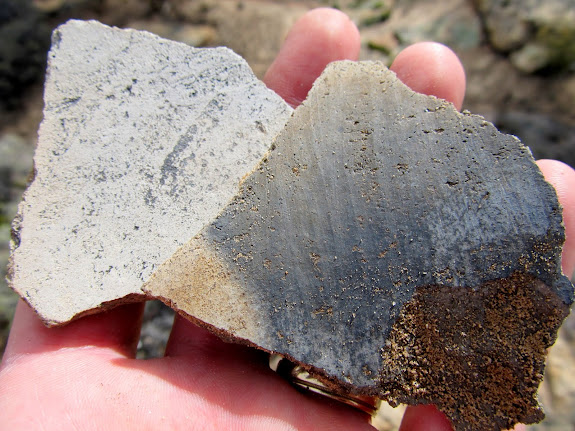 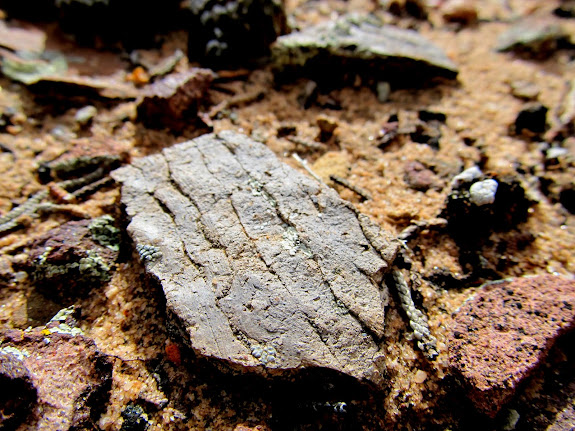 Large bunch of cactus at the base of a pinyon pine 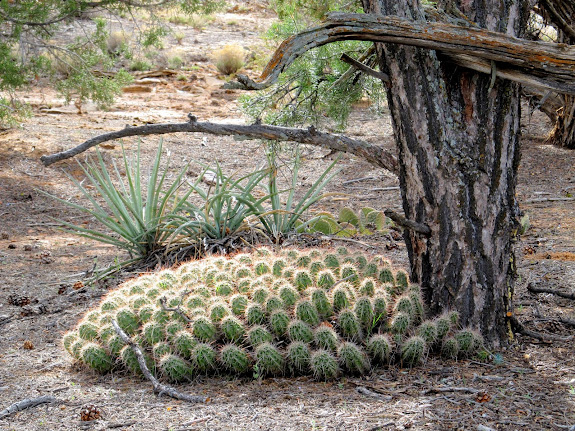 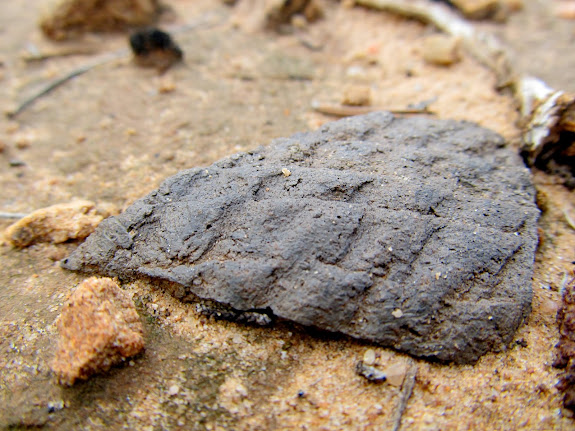 Eventually we started slowly working our way back to the vehicles. Among some rock outcroppings I found a few small alcoves that looked like they were once inhabited, but there was no rock art nor any artifacts to be seen. There were some promising sites among the rocks that I wanted to check out but the amount of bushwhacking required would have badly chewed up my legs. It was my first hike wearing shorts this year and I regretted not wearing pants! We got back to the Jeeps and drove back to Hurricane, where Traci and I packed up the rest of our belongings and said goodbyes to our wonderful hosts Eric and Sherie. We started the drive home much later than we’d intended–it’s difficult to leave southern Utah!–and got home just before midnight.

The ladies hiking through the junipers 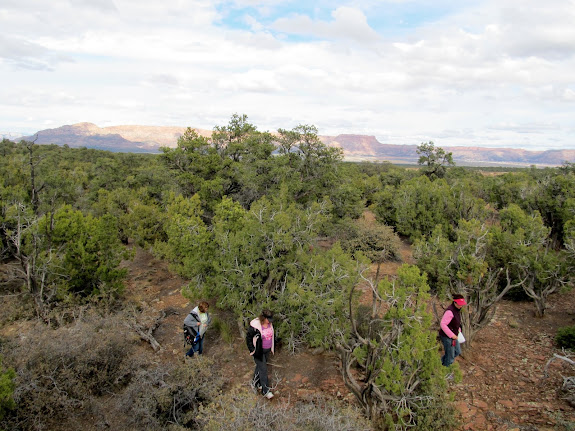 A couple of small alcoves 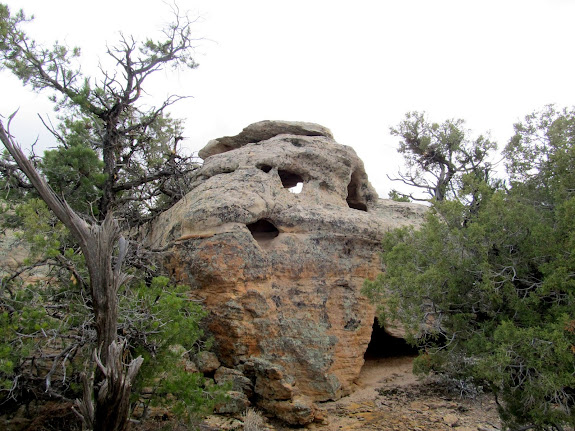 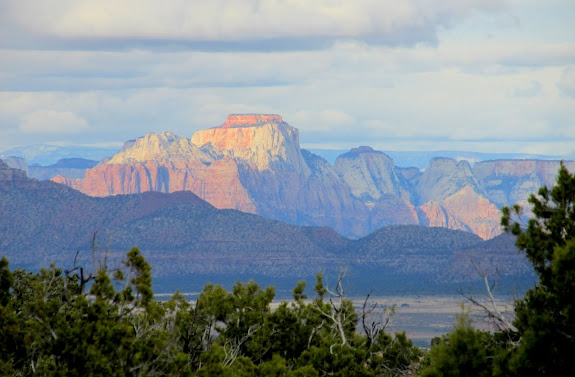