I had Monday off work and I spent it hoping to find some goodies in a canyon just west of Lone Tree Crossing on Muddy Creek. I’ve been through a couple of similar canyons and had great luck at finding rock art, cowboy writings, etc., but this one was a complete dud. The morning started out a little slowly with me having to take Bradley to school because he missed the bus, but I finally hit the road a little after 9AM. Two hours later I had parked the Jeep near an old corral on a little-used dead-end road and was hiking toward the wash in the lower end of the canyon. Some of the best rock art in the San Rafael Swell is along canyons in the Curtis Formation sandstone, so I had high hopes for this one. This canyon was different, however. It’s entrenched in Entrada Sandstone–just below the Curtis layer–for most of its length, which is generally not known for holding rock art. Early on, after passing by several fallen Curtis Formation boulders without finding a single scratch, I lost hope of hitting pay dirt. 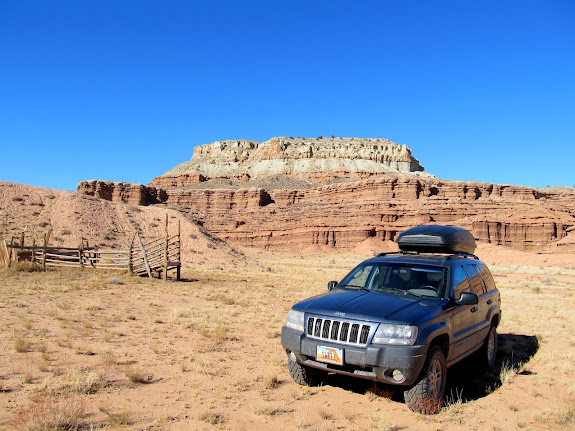 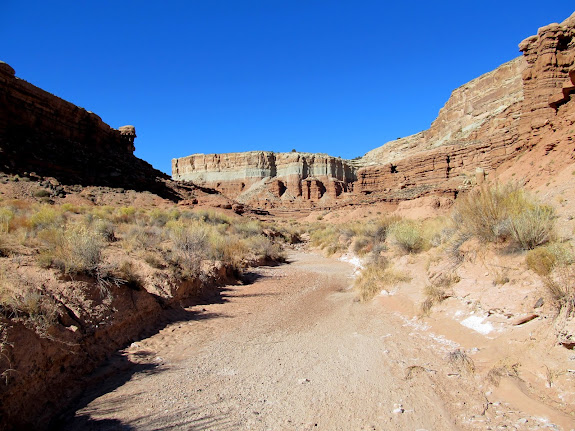 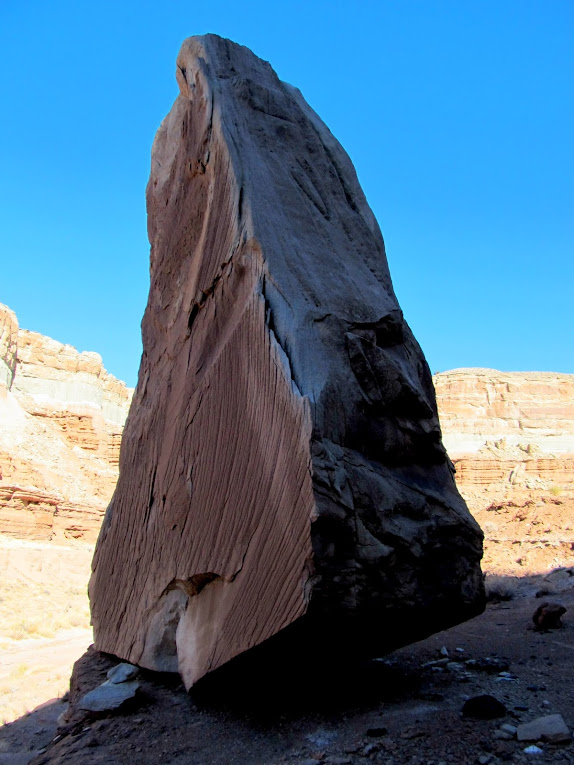 Basalt boulders in a side canyon 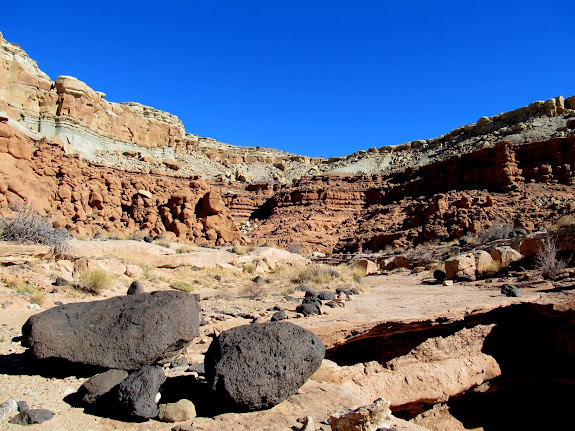 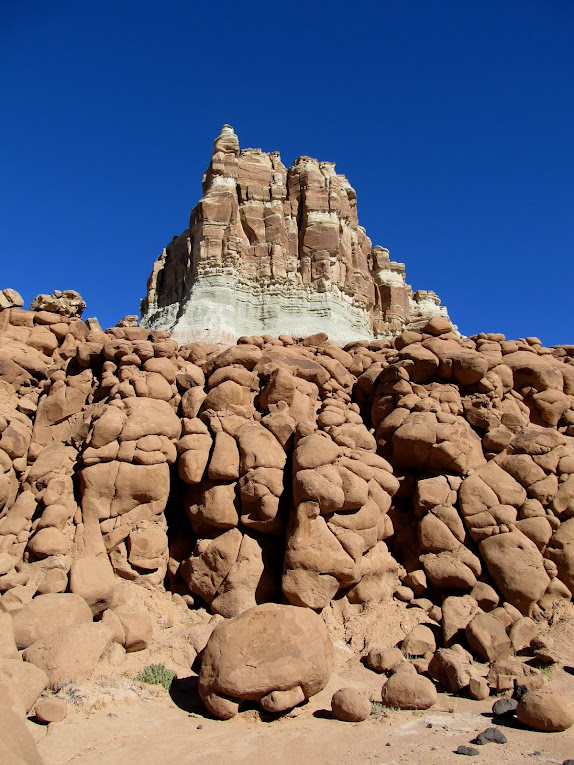 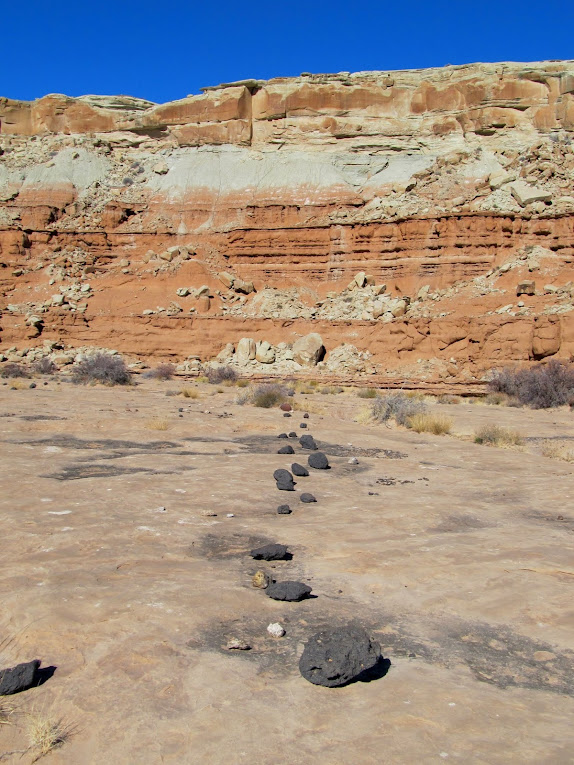 Small pool below a dryfall 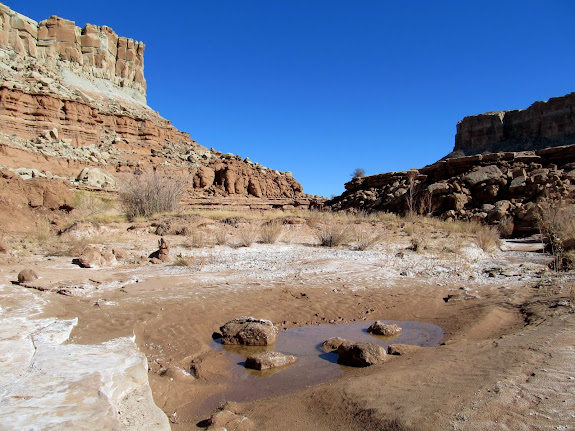 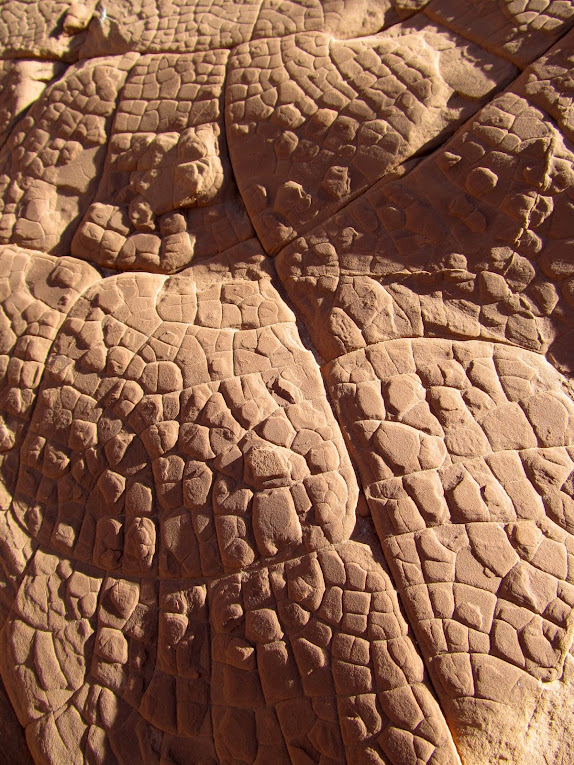 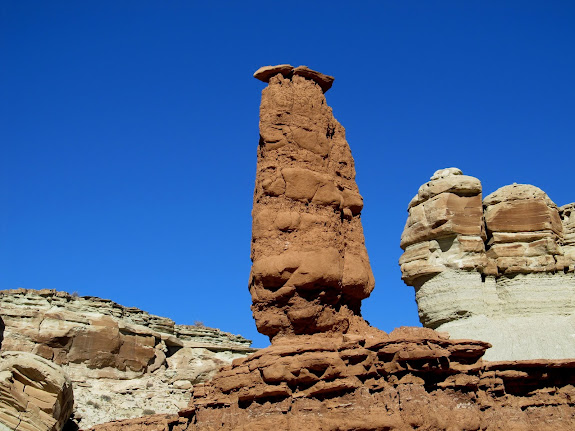 I checked out a couple of side canyons and climbed up to a few shallow alcoves but found nothing interesting. My hike up the canyon ended at a dryfall that I’d failed to read in Google Earth. There was no easy way around it. Below the dryfall there was a dripping spring feeding a pool with a thin layer of ice on top. Torrey and Boulder drank from the pool, then I herded them back down the canyon at a quick pace. While hiking back to the Jeep I found a piece of chert in the watercourse that could have been worked, but it also could have just been naturally chipped from washing down the canyon. I got back to the Jeep not really feeling as though the hike had been a waste of my time. Even ruling out an unexplored (by me) canyon is a good thing.

View out of an alcove 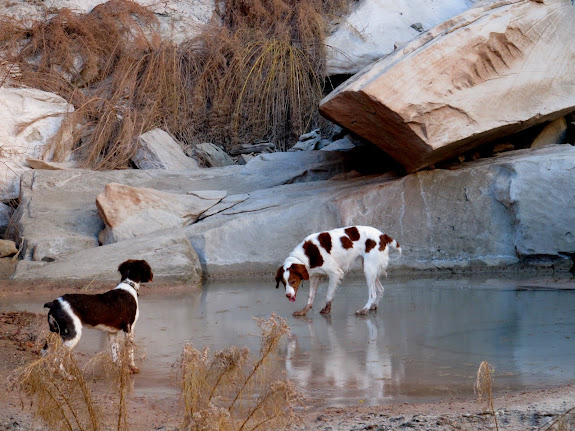 The dogs getting a drink 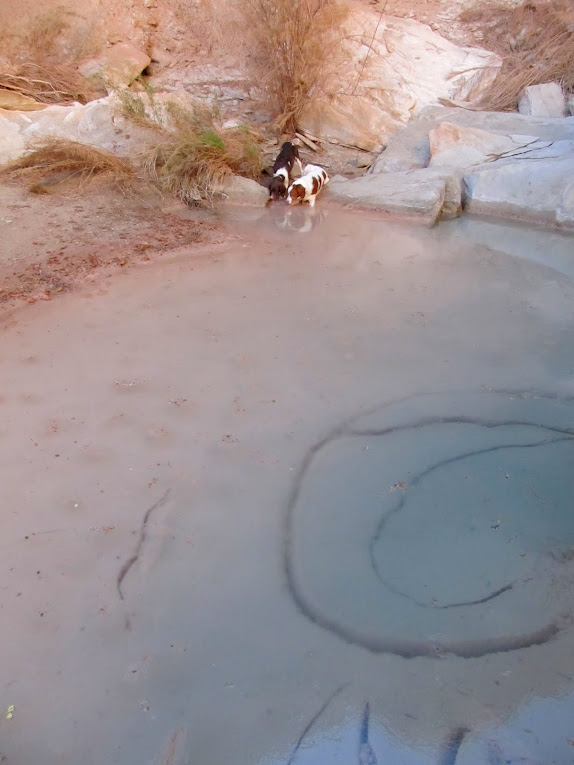 View down from below a dryfall 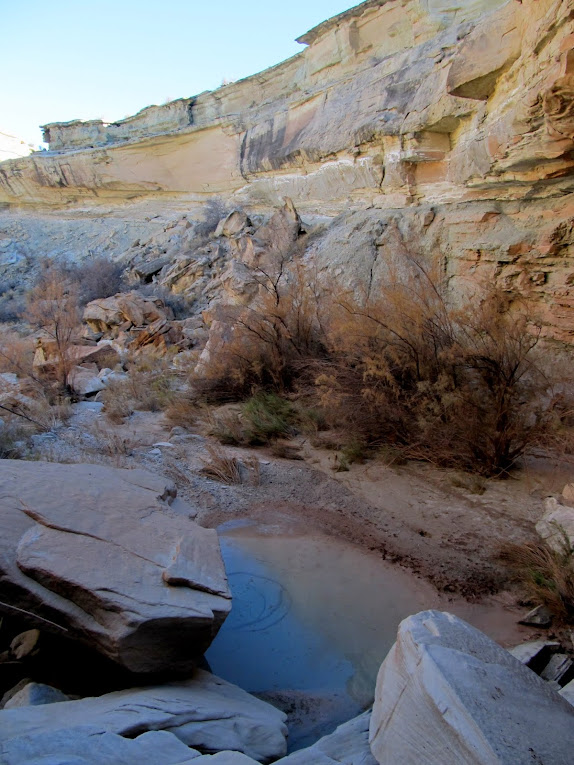 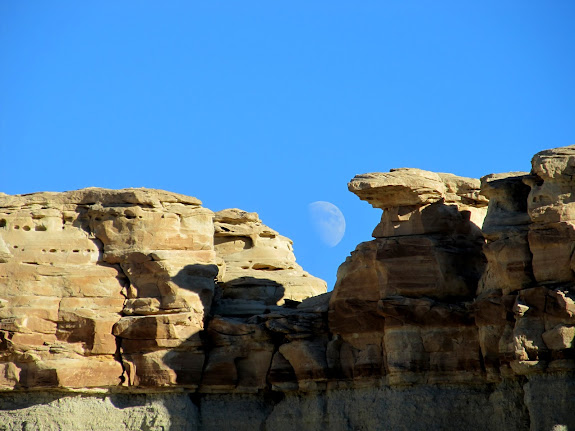 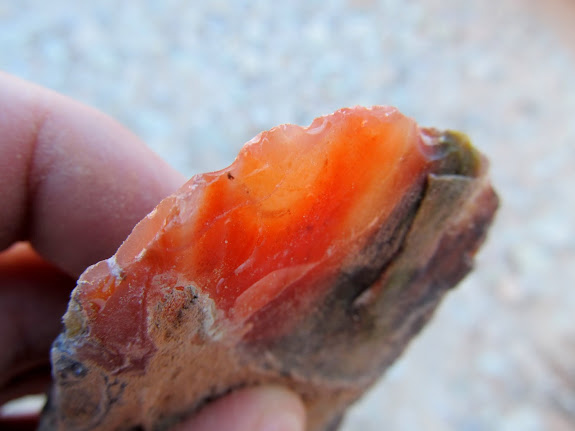 Above a dryfall on my way out of the canyon 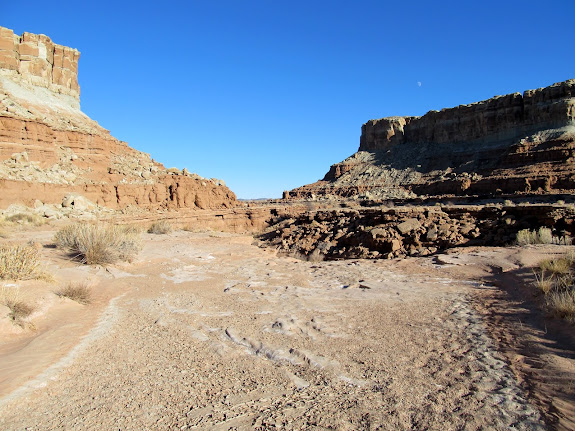 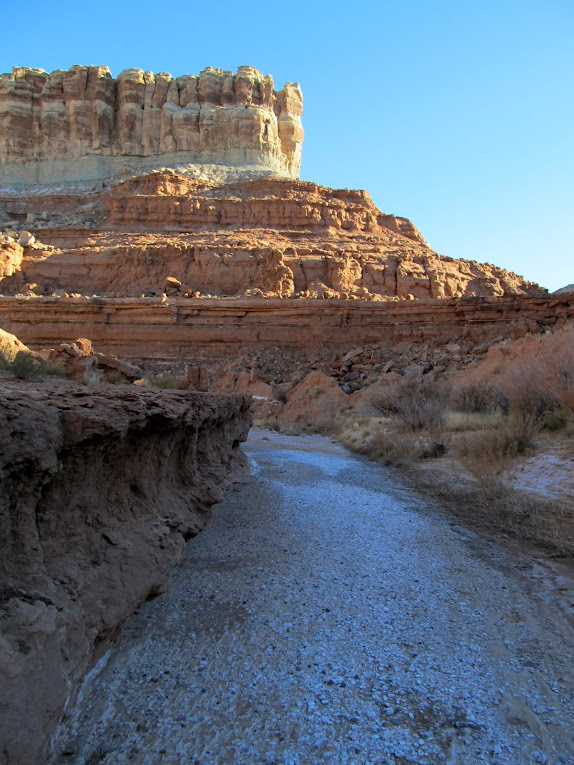 GPS stats at the end of the hike 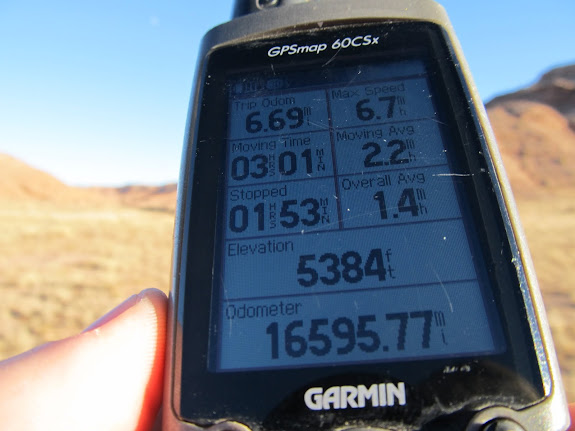 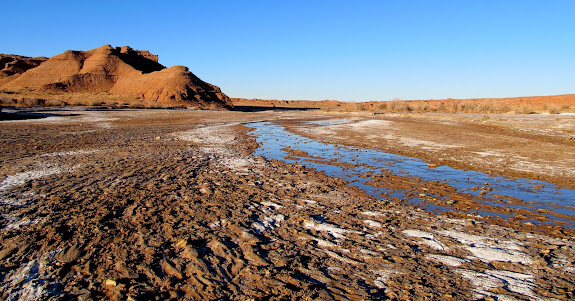 TV on a fencepost near Moore 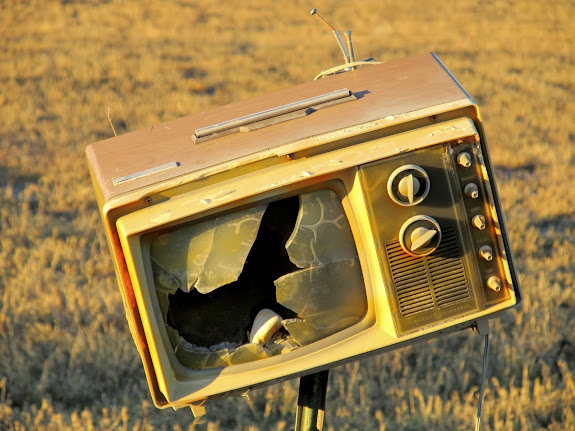