I’ve long been aware of some rock art in Ferron Box (or just “The Box” along Ferron Creek according to the USGS topo map). However, I’d never taken the opportunity to explore the area despite how relatively close it is to home. Many years ago a friend, Alan, tipped me off to some other rock art in the area, and I finally got around to checking it all out on October 20th. I took both dogs with me and made the drive there in less than an hour. I used 4WD for the last little bit but only to take advantage of the low-range over some bumpy terrain (4-low was required for me to leave, though). Before going to Ferron Box I stopped to see some petroglyphs in a couple of different places. In the first spot there was a small concentration of petroglyphs in an unlikely spot, and in the second area there were ground-level footprint petroglyphs (both human and animal) near some pithouses along the creek. There are supposed to be footprint petroglyphs all over the area but I only found a handful. Near the pithouses I found more broken pottery than I’d found in my entire life, including the first piece of painted/decorated Fremont pottery that I’d ever run across. 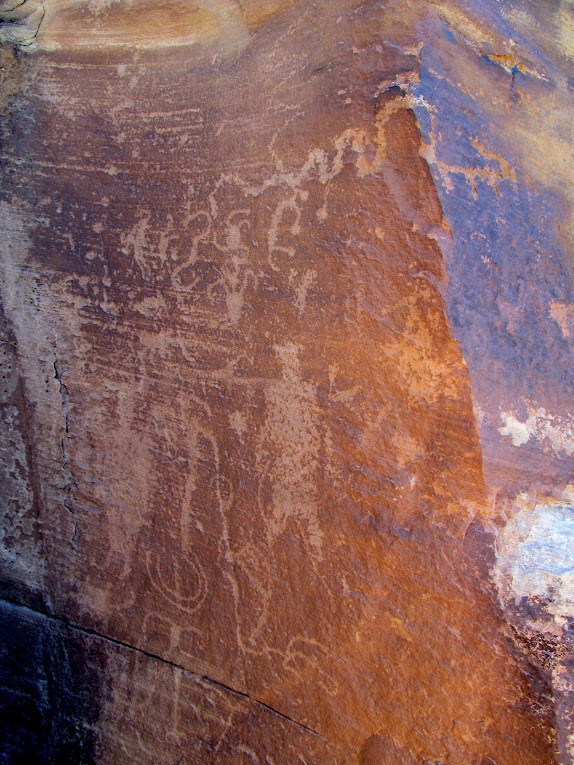 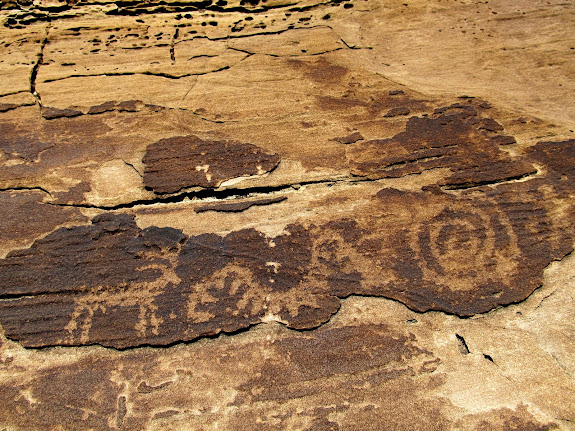 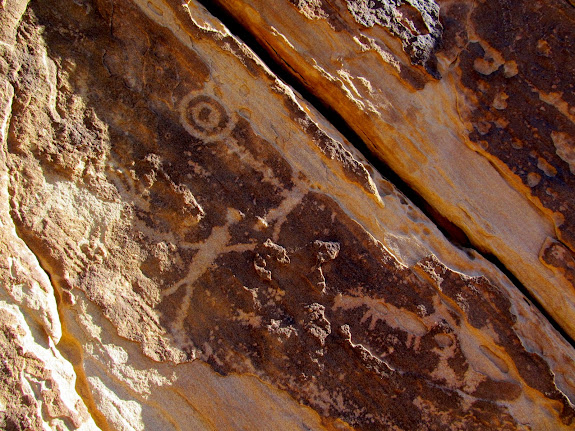 Jeep and puppies waiting for me to return 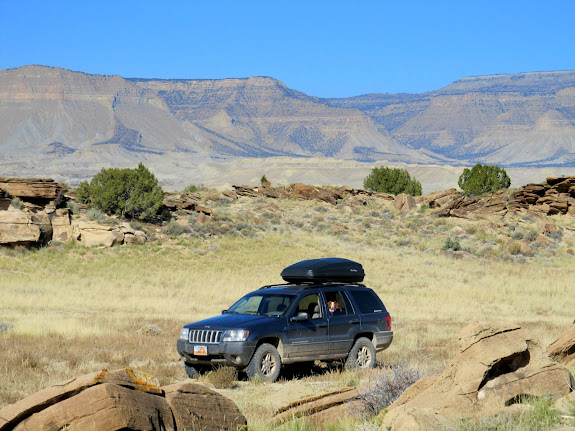 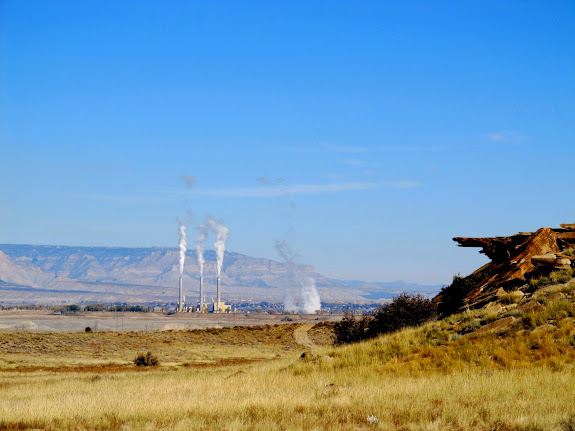 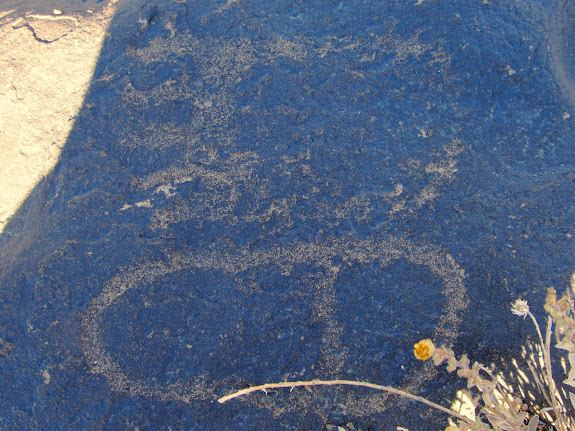 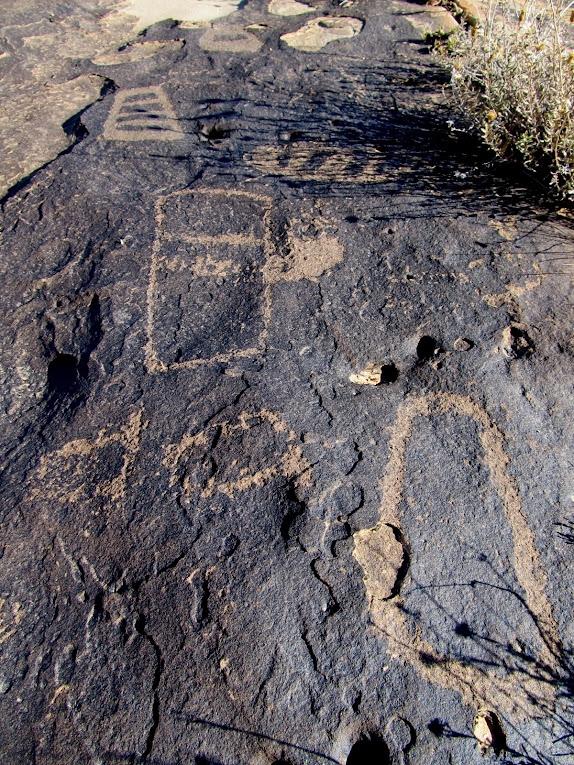 Fremont pithouse with a fence running over it 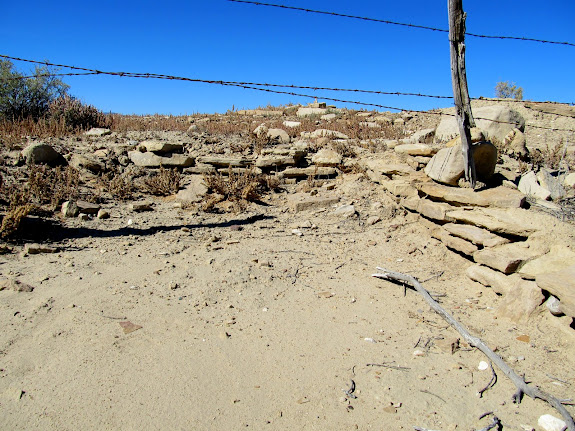 Painted pottery shard (the only decorated piece I’ve ever found) 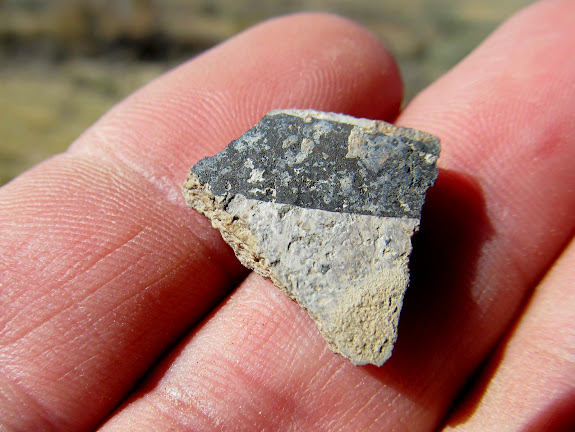 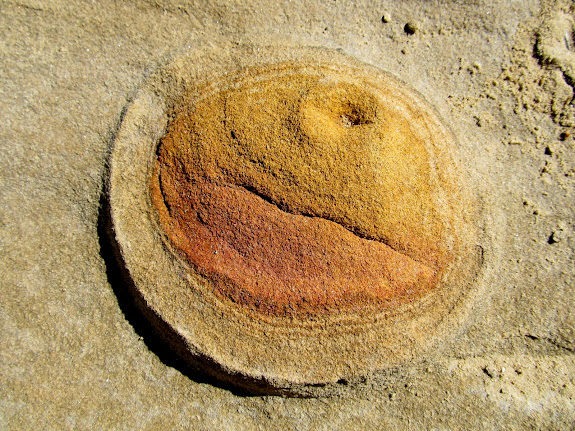 I drove a bit farther and parked above Ferron Box then hiked down to the creek. I didn’t know specifically where any of the rock art was, but it’s a small area and I didn’t expect to have any difficulty finding it. I had no idea that I’d find so much. I had already spotted some of it from the rim of the canyon, but I found a lot more by hiking along the creek and scanning the cliffs. The dogs enjoyed frolicking through the creek while I hiked and took photos of the vast amount of pictographs, petroglyphs, and some art that was a mixture of both. I had to cross the creek twice and ended up getting my shoes wet one of the times. 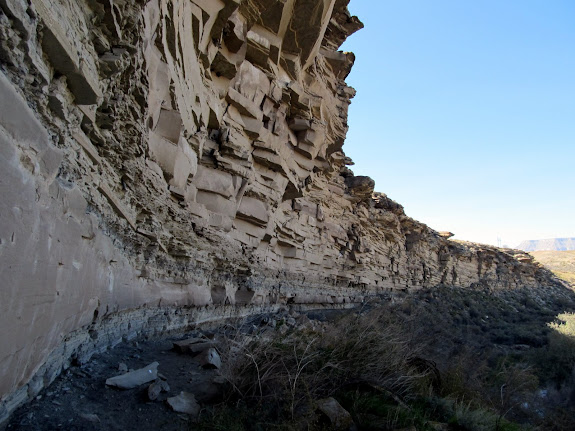 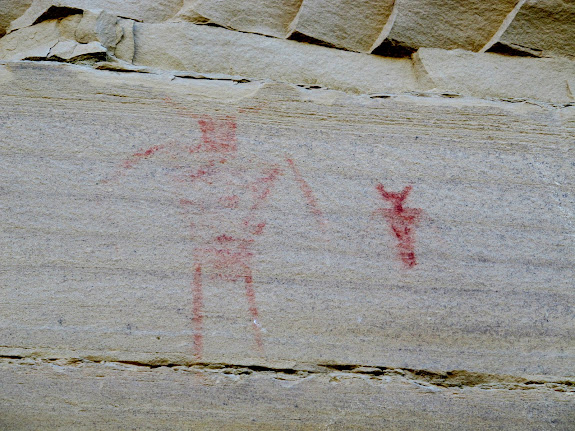 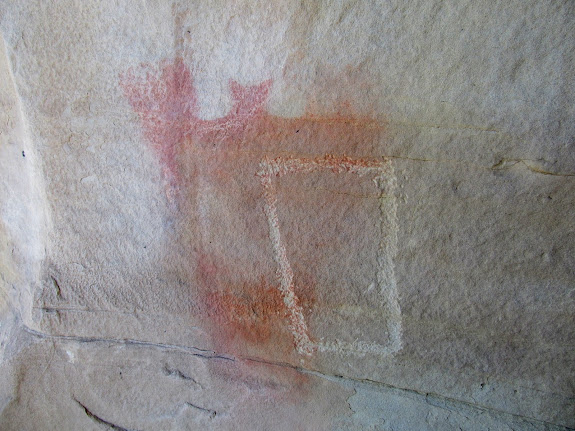 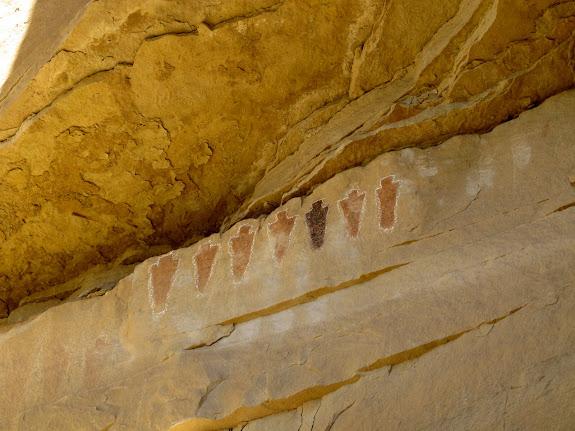 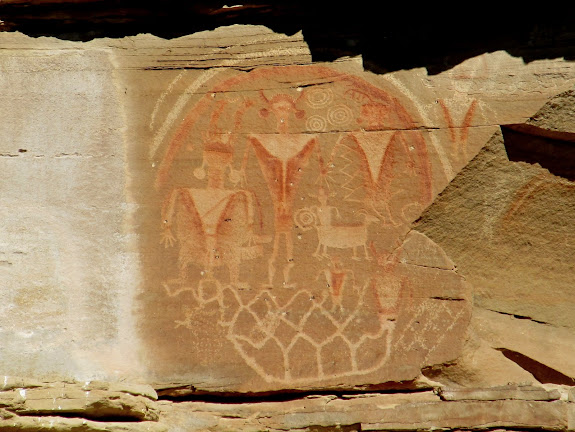 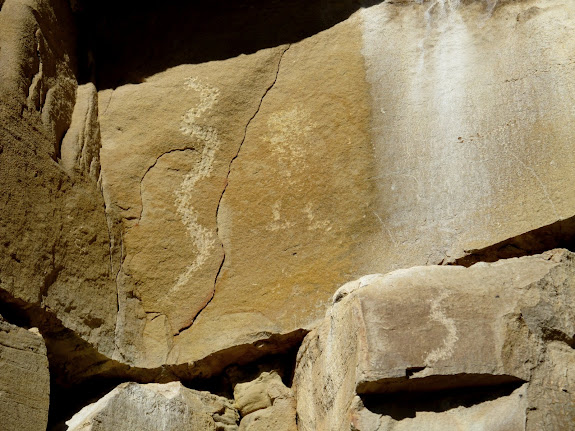 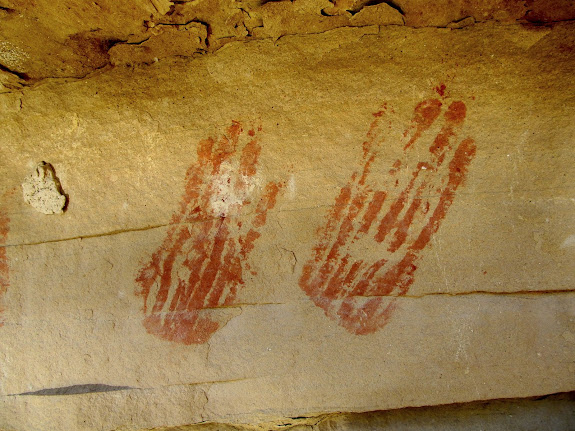 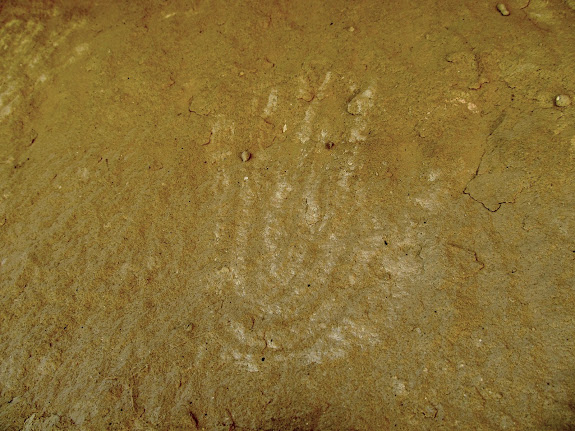 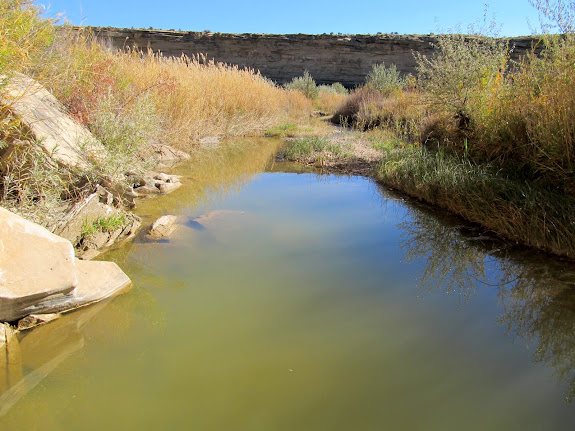 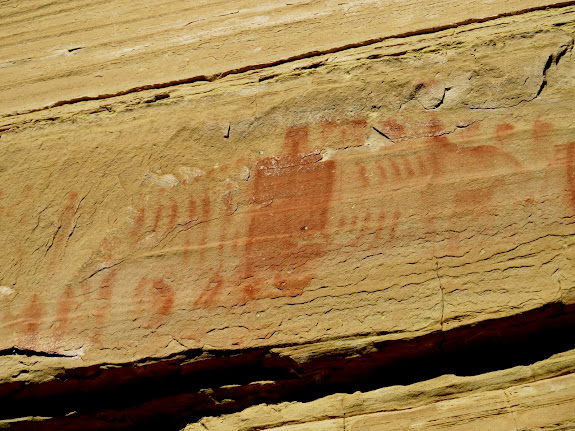 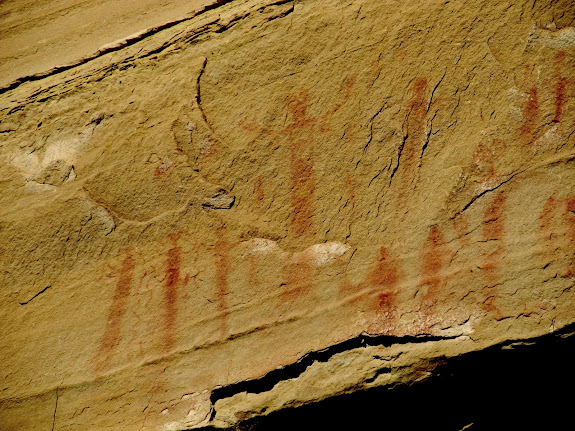 Torrey and Boulder in Ferron Creek 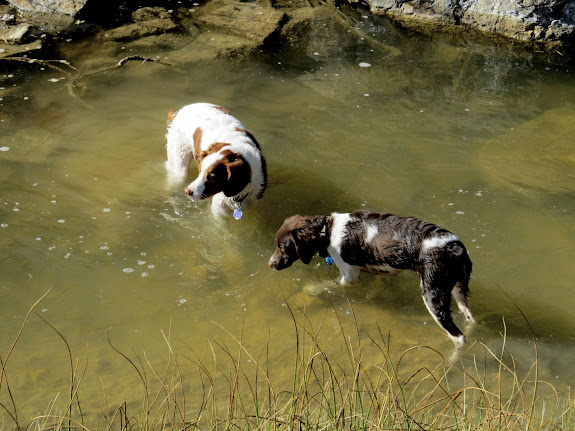 With less than two hours of driving and five hours of exploring, I felt like I’d had a full day due to the huge amount of rock art I’d seen. I’m sure there’s much more left to see in the area, however, so I’ll plan another exploratory trip there this winter when the days are shorter and the creek is frozen making for easier crossings.