I went back to Gordon Creek yesterday to find some rock art that I’d missed when I was there last year. My friend, Alan, had been there the previous weekend and gave me a copy of his photos from the trip. He’d also spotted a mama bear and her two cubs. I was hoping to avoid running into her, but the rock art certainly appealed to me. I parked at a gas well and started hiking down a small side canyon that leads into Gordon Creek, with both dogs in tow. The side canyon gave me a little trouble with some mud and bushwhacking. I only fell on my ass once. The rock art was easy enough to find with Alan’s brief description, though his photos were especially helpful in locating it before I even left home.

A dryfall with snotty mud below 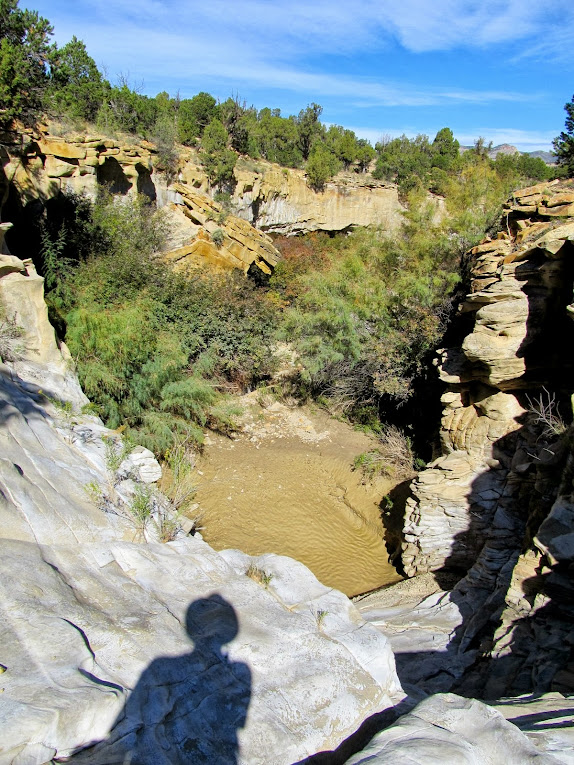 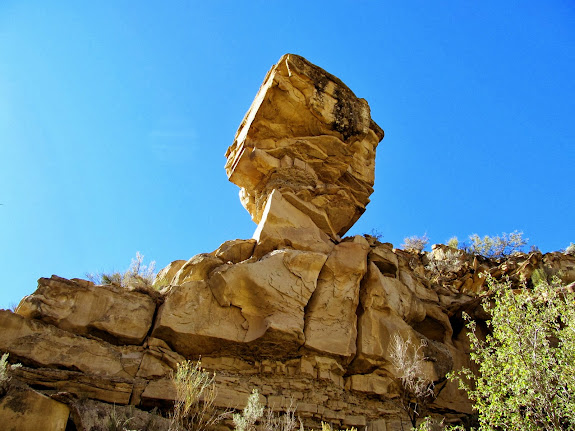 Pictograph high on a cliff 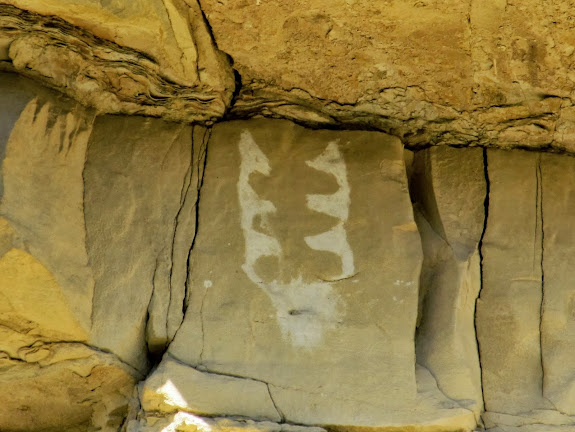 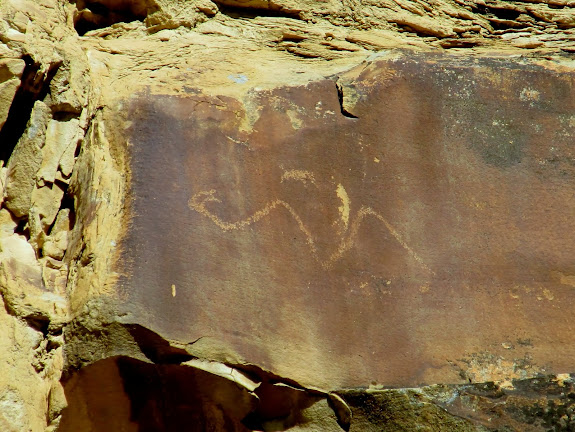 Fossilized worm burrows in a boulder 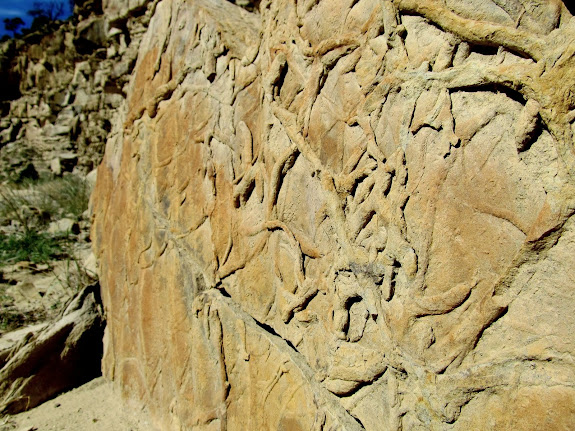 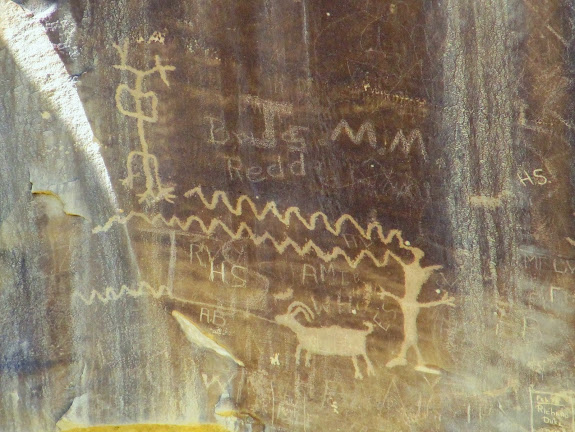 When I got to Gordon Creek I followed the creek for a short distance then took a different canyon back toward where the Jeep was parked. In the mud along the creek and along the lower part of the canyon I found bear tracks and scat. There was bear sign everywhere! I was quite unnerved, and I made a lot of noise hoping to scare the bears off before I happened upon them. I clapped my hands and whistled, and occasionally yelled more loudly than necessary at Torrey and Boulder to keep them close to me. I stopped at one more site that Alan had told me about: a Fremont pithouse. There wasn’t much left to see but it seemed obvious to me that it had previously been occupied. I found a roughly-worked chert tool there that verified somebody had previously lived there–it was the only piece of chert I saw during the entire hike. 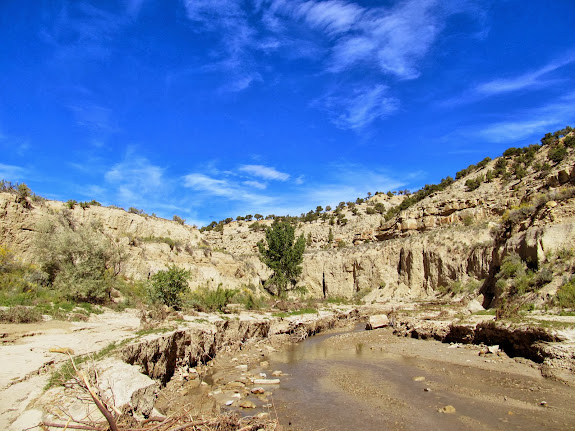 Torrey and Boulder in Gordon Creek 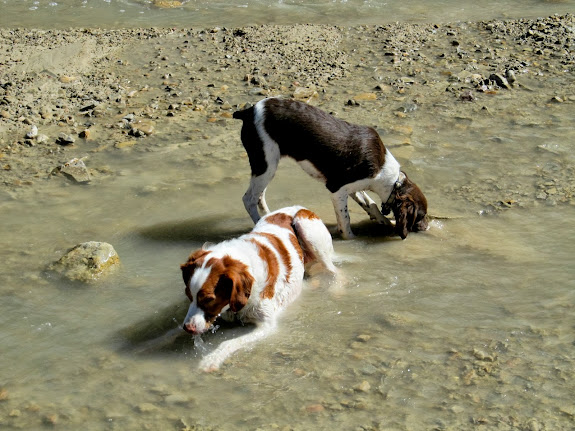 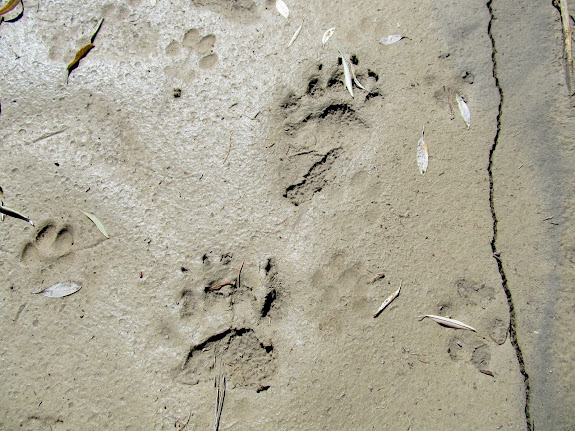 Bear scat with a lot of Russian olive 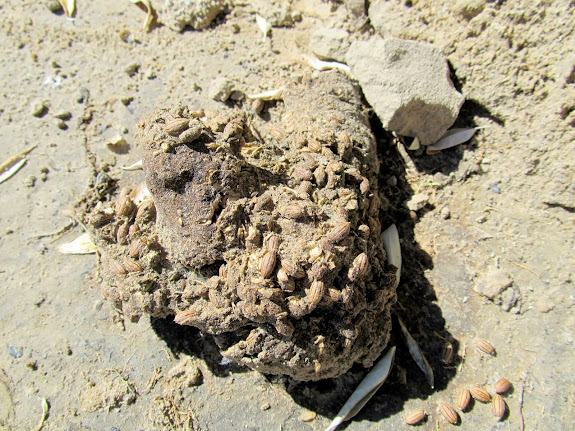 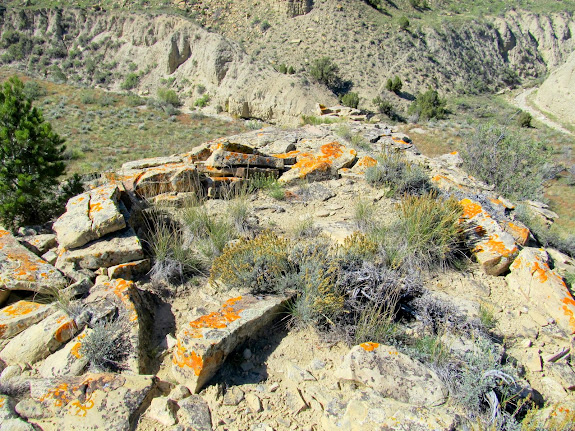 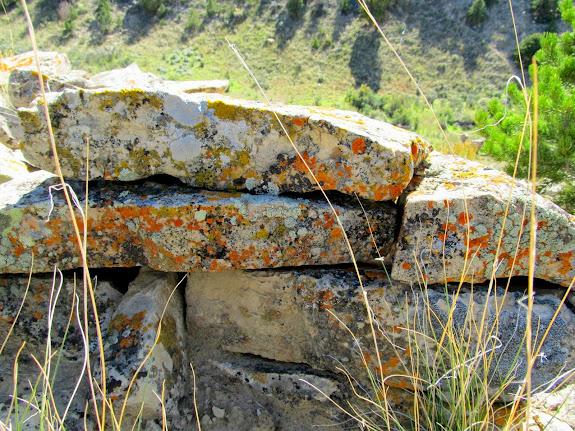 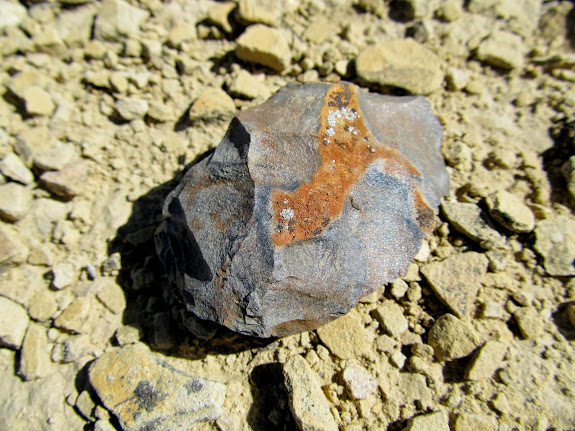 I knew there some areas of the canyon that I’d missed on my trip last year and I’d been planning a trip back to the area since then, but I’m certain that without Alan’s help I would have missed a couple of the sites. As it stands I still missed some rock art and cowboy writings that he’d given me photos of. I’m sure another trip will be in order.

2 thoughts on “Gordon Creek and Vicinity”