I got a little behind in posting a few things here–perhaps because there were a few weeks where I did little of interest–and suddenly it got to the point where I was dreading writing anything to get caught up so I could post reports of the more interesting trips of late. So, here’s a quick summary of the less interesting goings-on from late March and early April.
I was a little embarrassed that I cut my GSENM trip short because I was feeling exhausted and out-of-shape, so I started riding my mountain bike more. I was riding nearly every day until an accident made me slow down–more on that later. During one ride on Luke’s Trail I was very surprised to find some plain gray pottery shards a few feet from the trail. I’d never seen nor heard of any Indian stuff in that area. In fact, much of the Price area and surrounding mountains and canyons are relatively devoid of rock art, ruins, lithics, and other signs of prehistoric life. I stopped there on several subsequent trips to search for more, even broadening my search area, but turned up nothing. 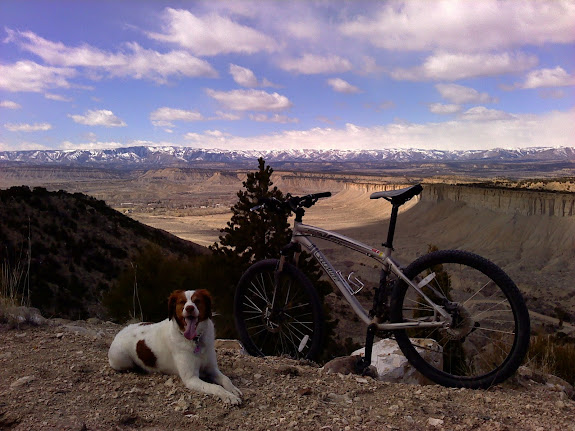 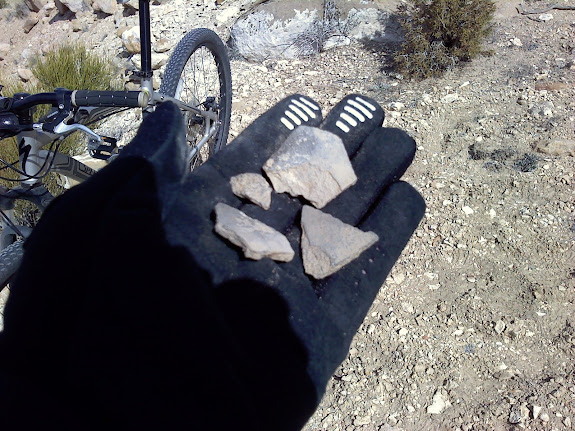 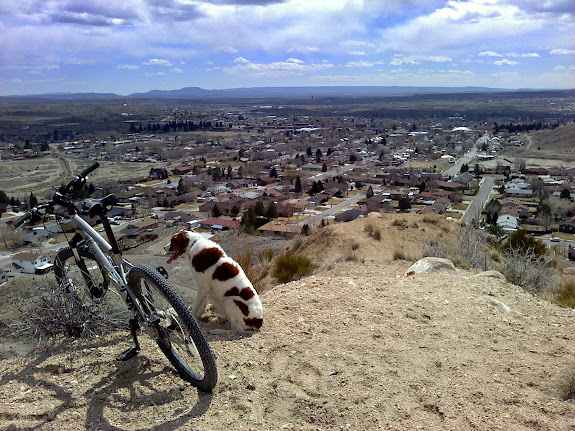 On March 30th I went for a hike and then a bike ride. I returned to some petroglyphs near Gordon Creek that I’d seen before but didn’t have GPS coordinates for. Then I hiked up both the North Fork and South Fork of Gordon Creek from the railroad trestle while looking for more rock art. I hiked an easy 1.5 miles and didn’t see anything worth mentioning. After going home I put a few more miles behind me on Luke’s Trail and Alan’s Alley. 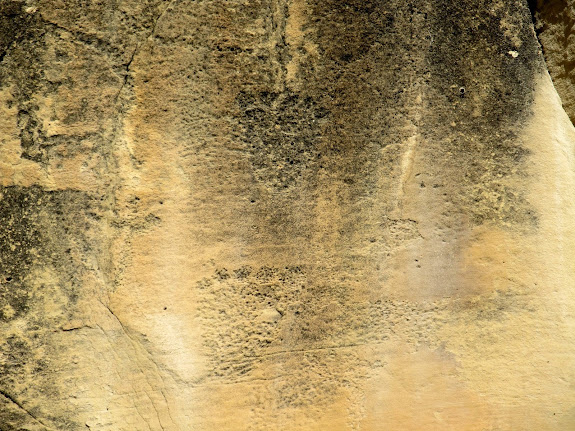 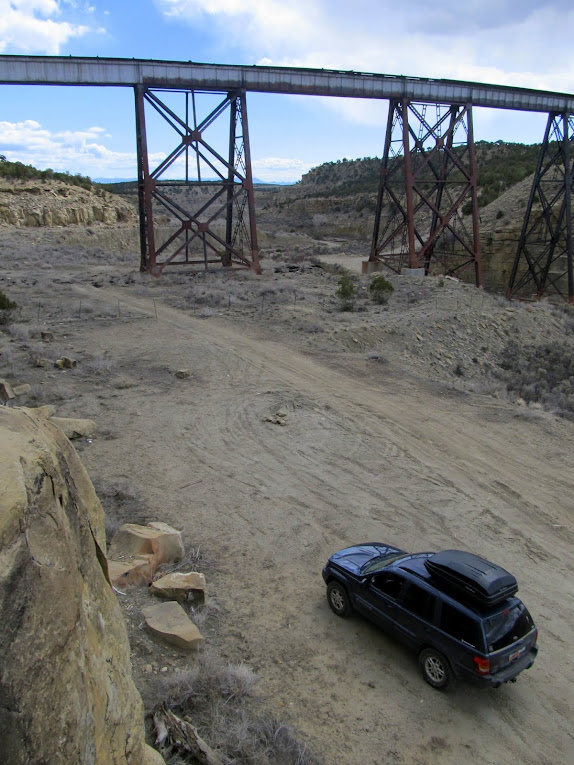 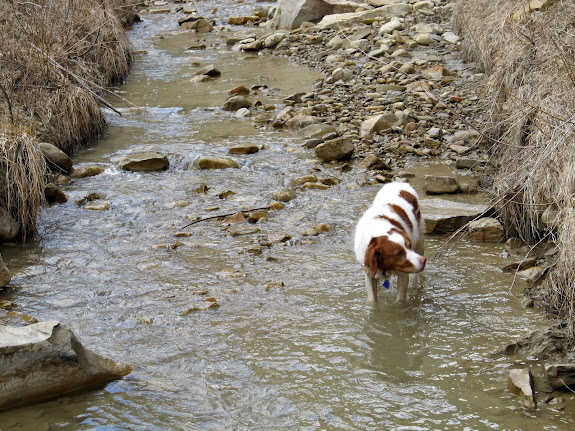 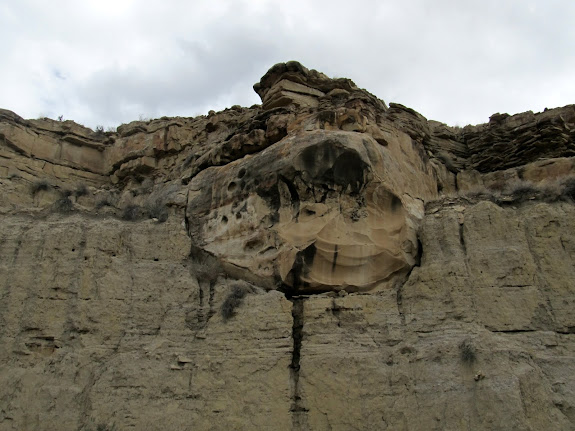 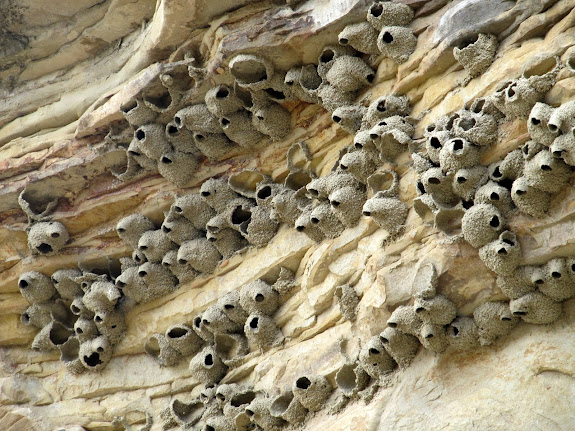 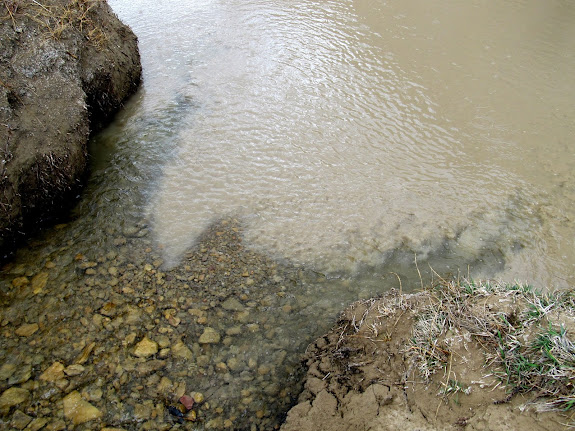 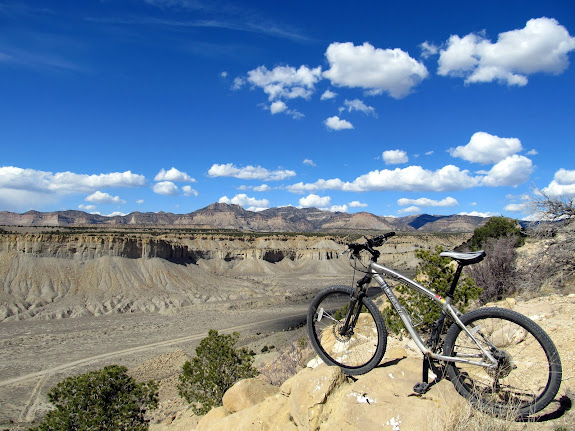 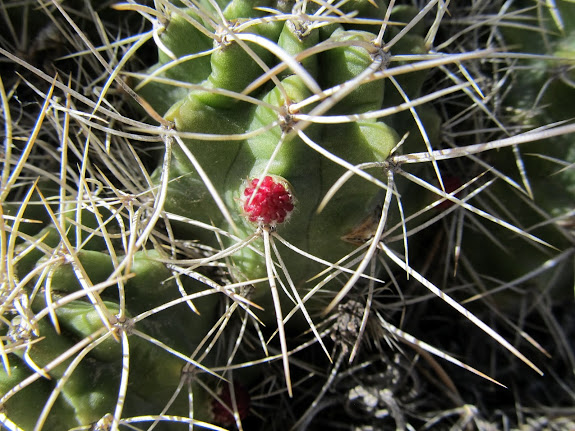 The following day, after another bike ride, I put my bike in the garage and went into the house still wearing my sunglasses. It was dim in the stairwell leading to the basement and I failed to see a pencil box that one of the kids had left on one of the stairs. I’m sure it looked like a classic banana-peel fall. My feet slid forward out from under me and I fell on my ass, hard. For the first few seconds I involuntarily yelled, “OW!” repeatedly. Fuck, that hurt. I got lightheaded and thought I was going to pass out for a moment. After that passed, my face turned white and I began sweating badly. I’m not sure what kind of damage was done to the muscle under my right cheek, but it must have been somewhat serious. I had to cancel a canyoneering trip I had planned for that weekend because of it. It took five days for any sign of a bruise to show up, but when it came it was huge–about the size of a softball and dark purple and black.
It was about a week before I was able to ride my bike again. I rode a series of trails (Luke’s, IMBA Tween, Mead’s Rim, and Floating Rocks) for a total of ten miles, the longest I’d ridden all year at one time. I just now realized that ten miles doesn’t sound like much, but the singletrack trails around Price are semi-technical and pretty strenuous to ride. I got to within a mile of Kenilworth when I began to encounter rocks, logs, and downed trees that had been dragged across the trail. Apparently somebody doesn’t want mountain bikes up there. I didn’t complete the loop I’d planned because I grew weary of moving obstacles off the trail. I spent the rest of the day after the ride finishing preparations for my semi-annual San Rafael camping/geocaching trip. 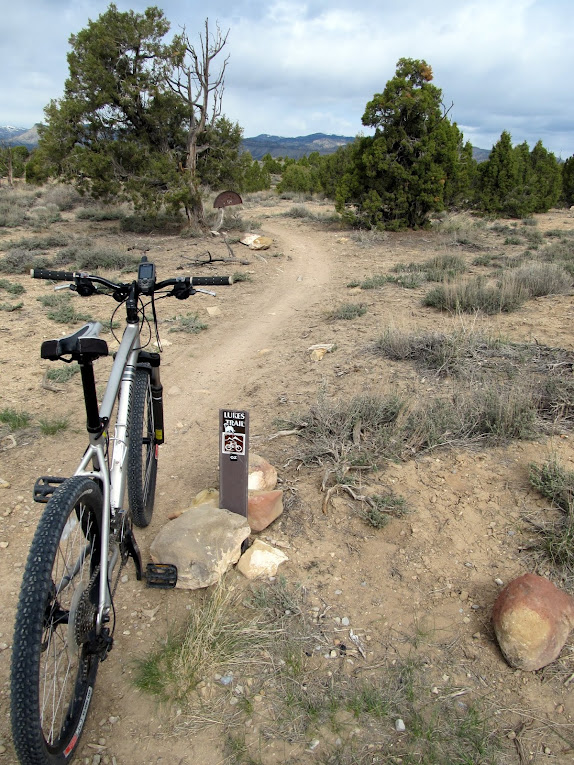 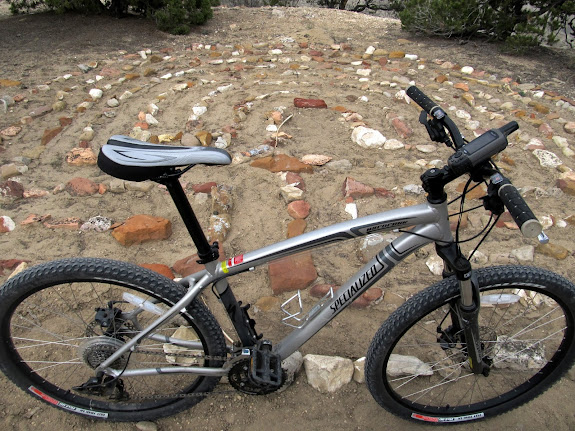 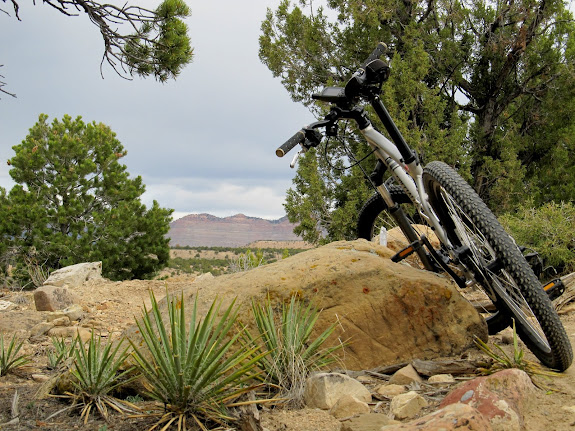 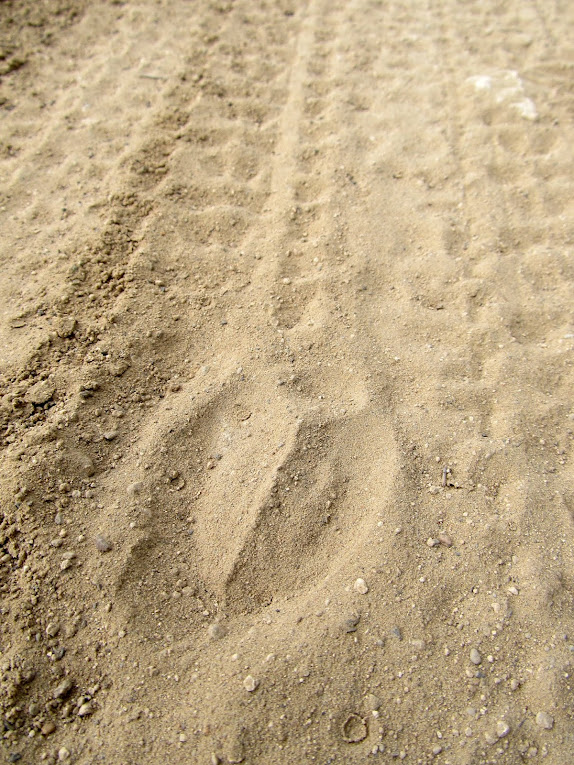 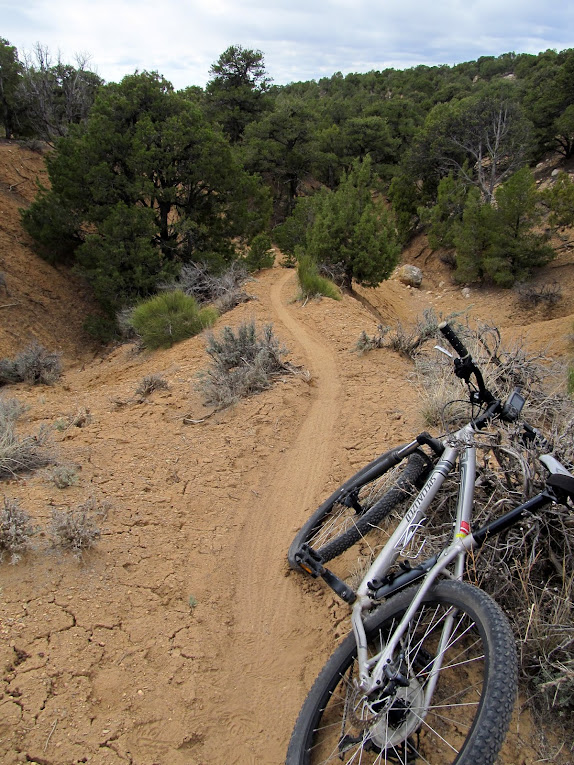 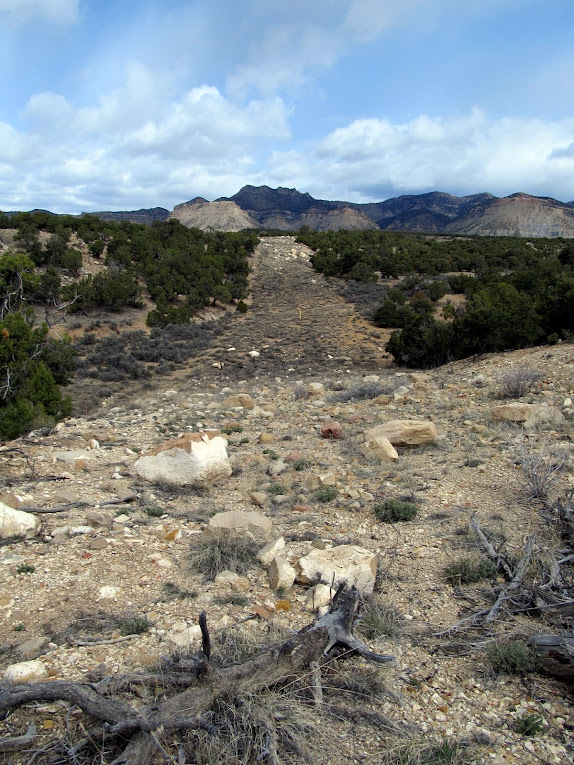 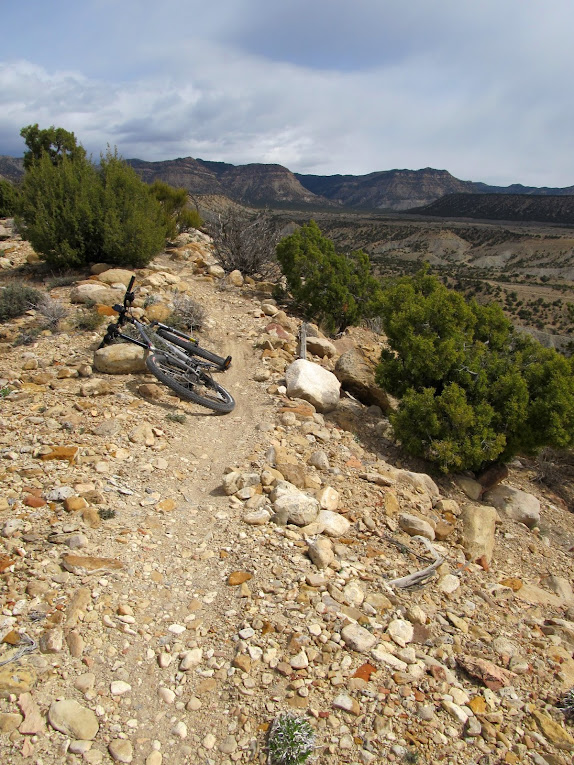 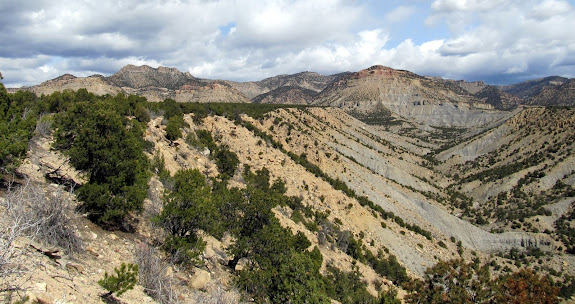 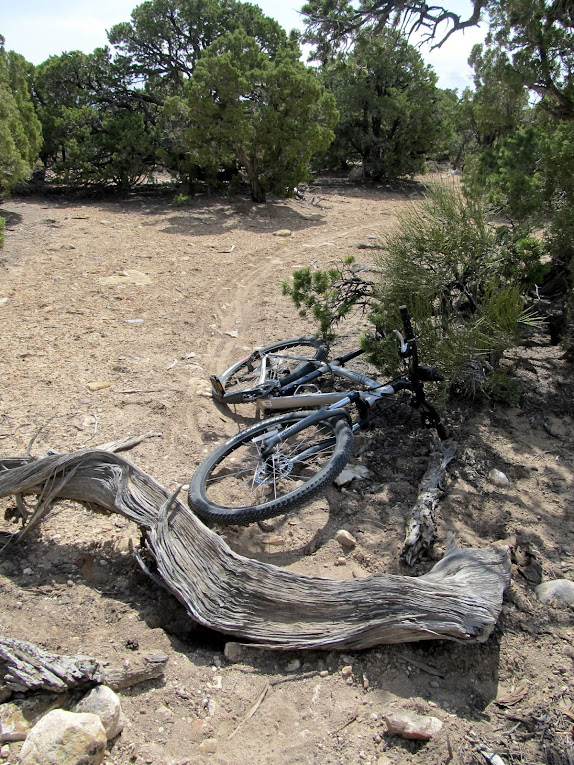