The Seeley Fire continues to advance, so far having consumed 76 square miles. Sunday was a particularly smoky day in Price, with visibility being less than a mile and the smoke causing my head to hurt. On Tuesday, the day before Independence Day, I drove to Provo to do some shopping. It was quite hazy on the way through Helper and Price Canyon, but beyond that it was relatively clear. I had a nice view of the smoke column from US-6 near the UT-96 turnoff. I reached Utah Valley only to see another fire that had just started that afternoon near Alpine. It’s difficult to escape the sight of a huge column of smoke, it seems. 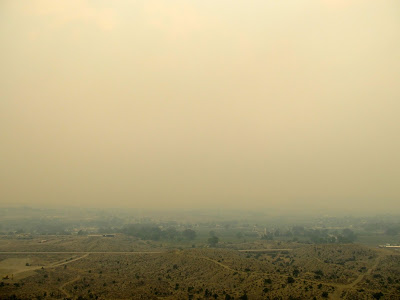 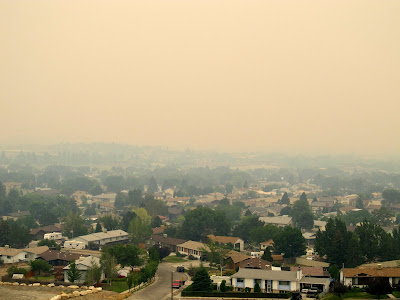 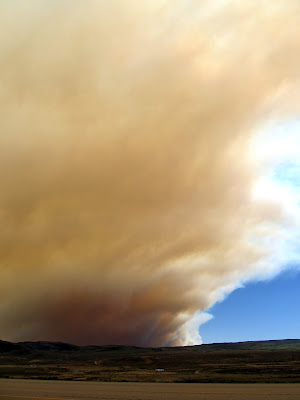 Chris stayed in Price for the 4th holiday. That morning I changed the oil in the truck, then Chris and I drove to Ford Ridge hoping to get a view of the fire from there. I had originally wanted to try driving some back roads to get a really close view, but instead chose Ford Ridge hoping for a nice overview while staying out of the way of the firefighters. They were starting a back burn near Bob Wright Canyon on Wednesday morning, but through the haze it was difficult to see anything that far away (10 miles) from Ford Ridge. We hiked to the highest spot on Ford Ridge so Chris could find a geocache that I’d placed there a few years ago. As we drove back to the west along the ridge we saw a small black bear that ran across the road and dropped down a steep, heavily-timbered hillside to the south. It came and went so quickly that I couldn’t even stop the truck before it was gone, let alone snap a photo. 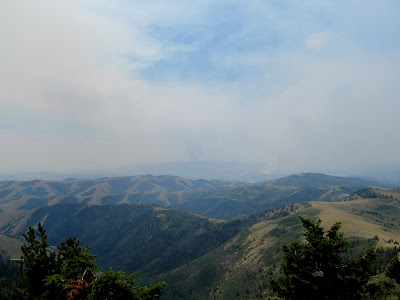 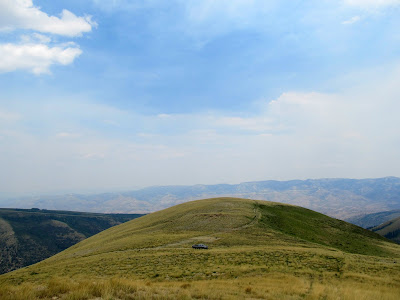 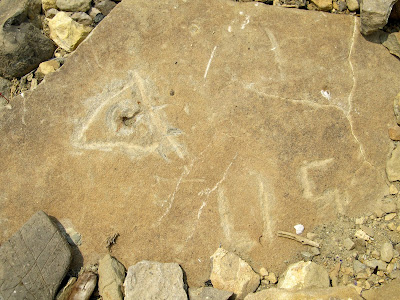 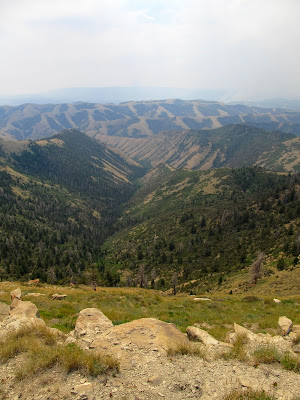 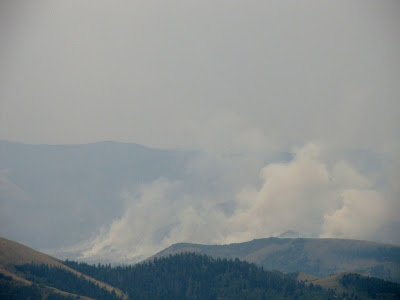 That evening everyone in my family gathered at my mom’s house for our traditional holiday barbeque. We ate hamburgers and various salads, drank daiquiris, and celebrated the birthdays of my niece and nephew. Once it got dark outside, a few of us walked a few blocks to the only place in town where fireworks were allowed this year, the old Durrant Elementary grounds. The school was leveled years ago and now the property is one square block with nothing but green lawn and a few small trees. There were a lot of people there, but still fewer than I expected considering it was the only place for a town of 10,000 people to set off fireworks. We only stayed a short while, then walked back to my house where everyone piled into my truck and Traci drove us up onto Wood Hill. From town we’d been able to see a pink glow in the clouds west of town, and up on the hill we could see what caused the glow. The back burn near Bob Wright Canyon was burning brightly. There was a handful of people watching it from there, including a church friend of Traci’s who I’d met up there the week before. We stayed for more than an hour watching the fire, talking, and taking photos. It was after midnight when we got back to my place, and as I went to bed I was wishing I had Thursday off work instead of Wednesday. 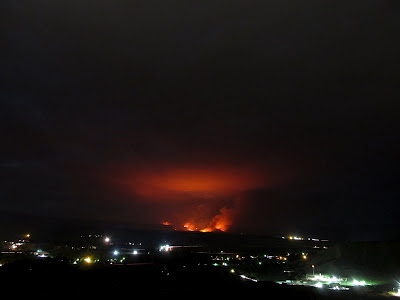 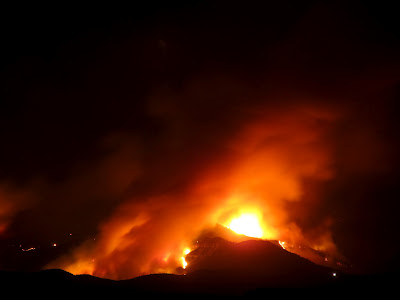 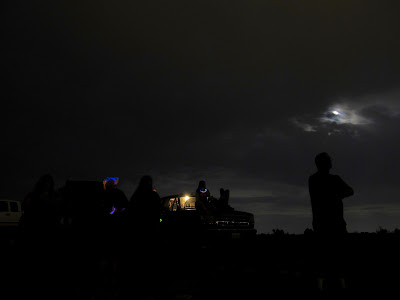 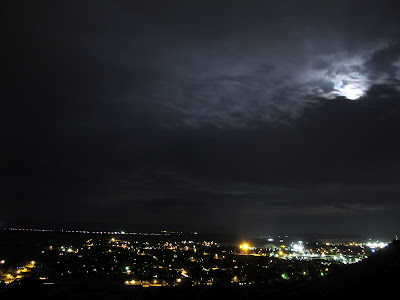