On Saturday of this past Father’s Day weekend I went with my family to Scofield Reservoir. Five years ago I tried and failed to row my kiddie boat out to the island to find a geocache, but on this latest attempt I made it. I tried parking at the same place as my last launching spot on the shore, but the reservoir is so full right now that there was no beach like there was the last time. Instead, I drove a little farther down the road and found a place to park the car where Traci and the boys would have room on the beach to set up a shade tent and play while I was on the water. I launched my tiny one-person raft while Traci was still unloading the car and setting things up. 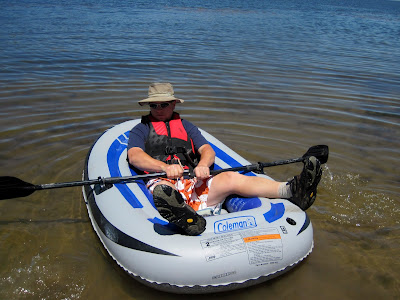 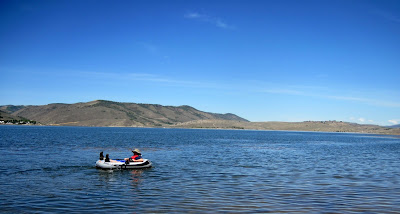 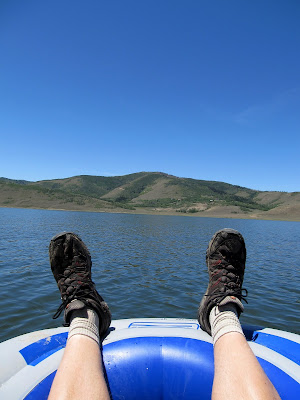 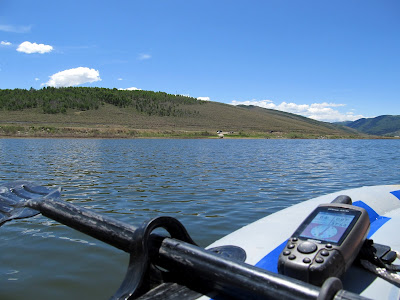 The wind was against me. According to my GPS I was barely able to manage a speed of 1 MPH, and each time I stopped to rest I drifted back in the direction from which I’d come. I had to alternate between rowing backward and forward. I could go faster when I was pulling the oars backward, but I could keep going for a longer duration when pushing the oars forward, albeit at a slower speed. It took me more than an hour to reach the island, a distance of only one mile from where I’d left the shore. The next challenge was finding the geocache. I searched a large, rocky area around the coordinates for almost an hour, poking my head and hands in dark crevices full of spider webs. I don’t know if the cache was still there, and after feeling as though I’d exhausted every possible hiding spot, I didn’t care. I found a discarded plastic water bottle, signed my name on a stick and placed it in the water bottle, then hid it in a pile of rocks where my GPS had zeroed out. I plan on logging my find on the geocache page, with the expectation that the cache owner should feel free to remove my log if he doesn’t like the way I play the game. 🙂 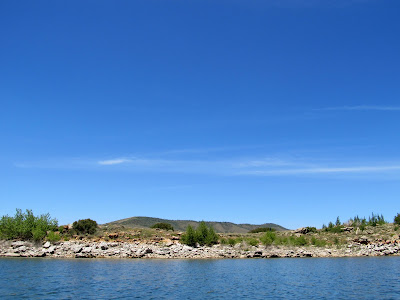 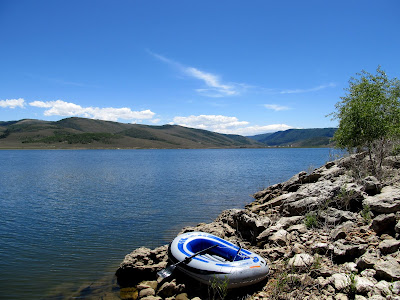 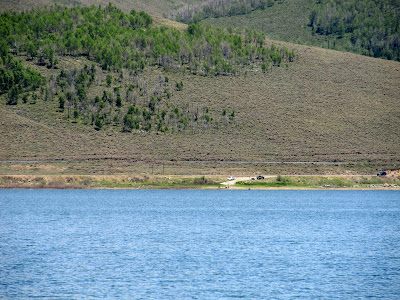 I left the island and had to fight the wind again on the return trip. It had shifted direction, and though I wasn’t rowing directly into the wind, it was blowing me toward the shore well north of where my family was waiting. My arms tired, I gave up and let the wind blow me into the shore. I landed where a gathering of sea gulls was hunkered down, and they didn’t take kindly to me disturbing them. I picked up the raft and still had to fight the wind to keep it from blowing out of my grasp, but I made good time walking the remaining half-mile back to Traci and the boys. Michael and Bradley walked out with Torrey to greet me when they saw me approach. I let each of the boys take a turn rowing the raft, but the wind had picked up even more and made it pretty difficult for them. I swam for a couple of minutes with Torrey, then we packed up and headed home. It had been an easy simple trip, and a good way to spend part of my Father’s Day weekend. 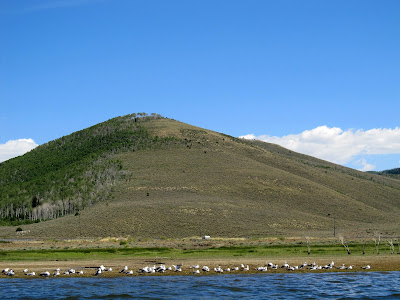 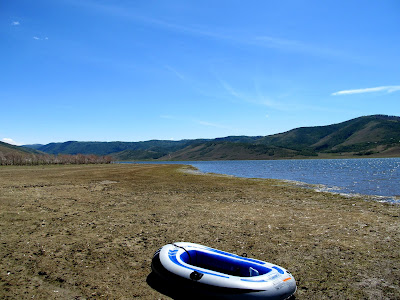 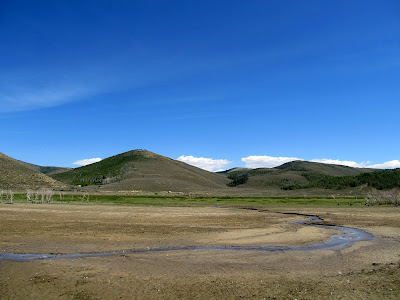 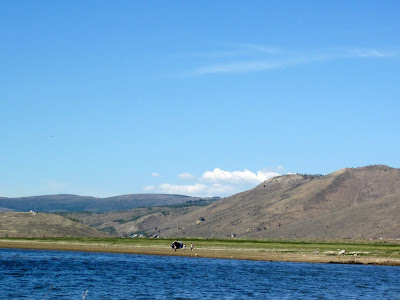 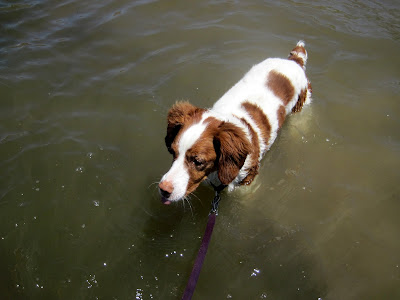 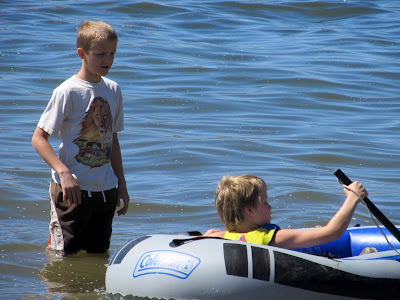 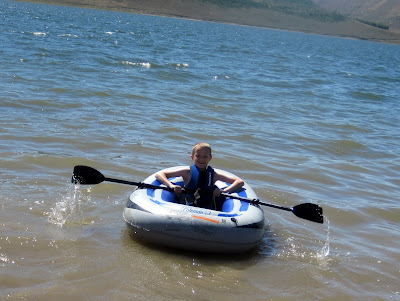