Southern Utah – Day 1 – Zion National Park
Southern Utah – Day 3 – Sand Mountain
On the second day of our Southern Utah trip, we actually spent quite a bit of time in Arizona and Nevada. We awoke somewhat early and left Hurricane for St. George where the breakfast event with other geocachers was held. After the ritualistic hanging out in the parking lot and breakfast at Golden Corral, a group of us convoyed south on I-15 into Arizona. There were mostly Jeeps in the group, plus my truck, Chris’ Element, and Ken’s Suburban. We left the pavement near Littlefield and made a beeline to the tri-state corner where the borders of Utah, Arizona, and Nevada meet. We found three geocaches nearby, including one that required a short hike onto Initial Mesa. 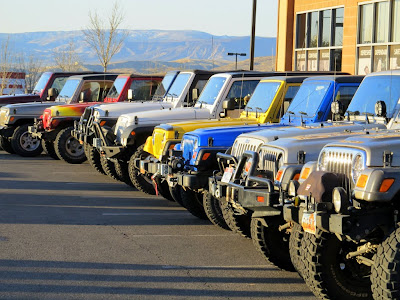 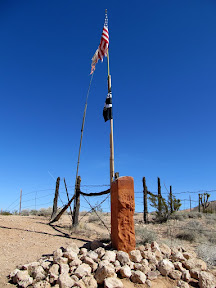 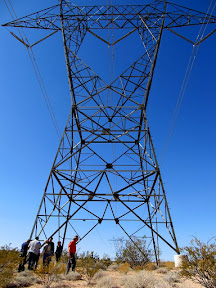 After spending some time at the tri-state corner, we slowly worked our way back toward the pavement while stopping often for many of the geocaches that we’d passed up on our way in. The most notable places we stopped were the degree confluence at N 37° W 114° and the lowest point in Utah, which were both in Beaver Dam Wash. The road leading down off the mesa toward Beaver Dam Wash was very steep, and I left my truck at the top of the mesa while hitching a ride down in Eric’s Jeep. Traci didn’t want to ride down the hill in any vehicle, so she and Sherie remained on the top of the hill to take photos of everyone else driving up and down the hill. We made quick work of the two geocaches in the wash, then made the steep climb back up the mesa. After seeing everyone drive up it, I’m sure my truck could have made it, but better safe than sorry. As we worked our way back toward civilization, we leap-frogged a series of geocaches along a dirt by splitting up into groups, with each group stopping for about five of the caches. 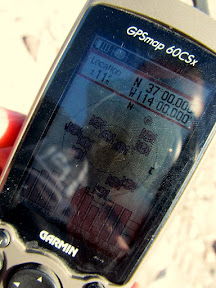 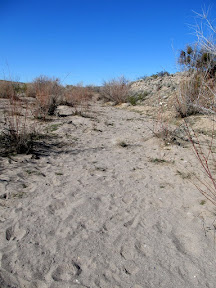 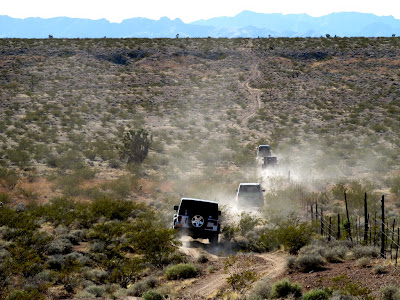 It was late afternoon/early evening when the convoy got back on I-15 and started north toward Utah. Most of us met back up in St. George for dinner at Five Guys. Then it was off to find a night cache along the road to Warner Valley. The moon was bright enough to hike without a flashlight, but we needed lights to find the reflectors that guided us to the geocache. While we were at the geocache signing the logbook, another couple of geocachers who’d been at the event that morning showed up and needed some guidance to get to the cache. Six of us–me and Traci, Eric and Sherie, and Chris and Karin–retired to Eric and Sherie’s house for some cocktails and some planning for our final day in Southern Utah.