Ok, here are some better pictures: 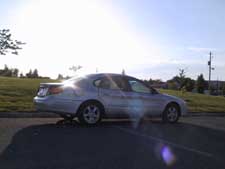 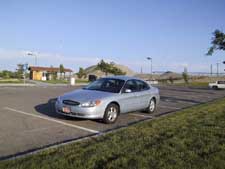 I’m still trying to get used to driving an automatic (I’ve never owned one before). Almost every time I pull away from a stop sign I reach for the gear shifter to pull second gear, but I grab nothing but air. Just driving a car is hard to get used to since I haven’t owned one for a couple of years. It’s nice having something I can take on long trips and not have to worry about breaking down, and since it’s fully loaded, it won’t be so tiring with A/C and cruise (which I’ve also never had in a vehicle [not that worked, anyway]).