I had this Monday off work and went for a drive along Willow Creek and then to Reservation Ridge, doing a couple of short hikes along the way. I first stopped at some Fremont pictographs near Willow Creek that I’d visited more than ten years earlier. At that time I wasn’t hugely into rock art, so I just took a couple of photos and left. This time I wanted to explore the nearby cliffs and ledges for more rock art or artifacts. The amount of artifacts I noticed on this latest trip shows a large gulf between what I know now compared to ten years ago. I recognized two rock shelters, one of which had a nearly complete bobcat skeleton in it. I also found two manos, some small pieces of a broken metate, and many lithic flakes. 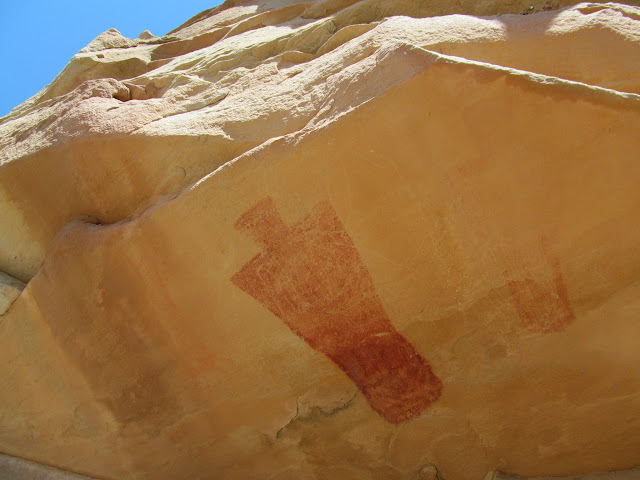 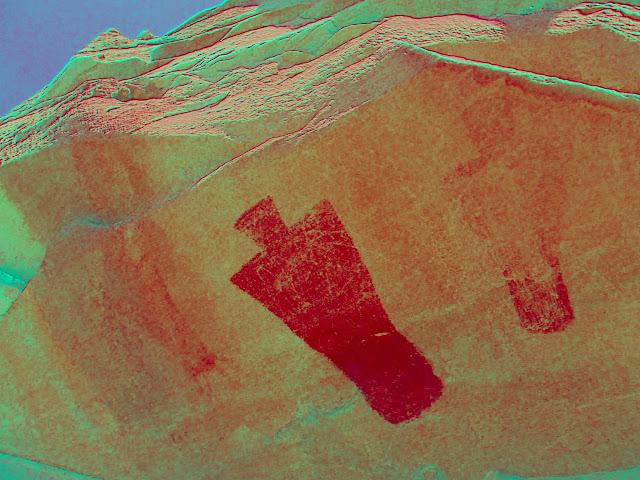 Pictographs on a nearly horizontal surface 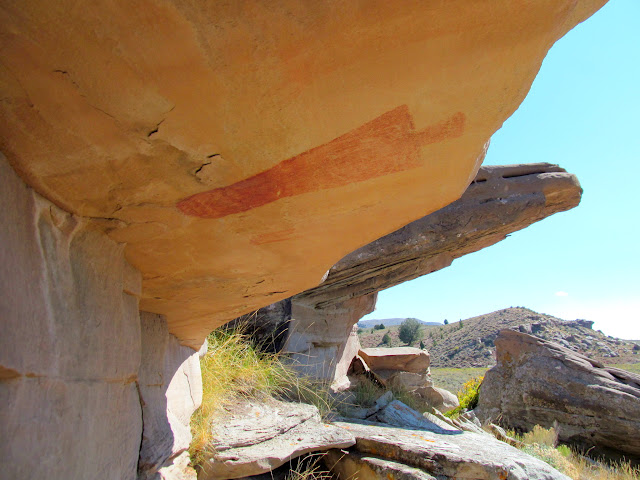 Rock shelter beneath an overhang 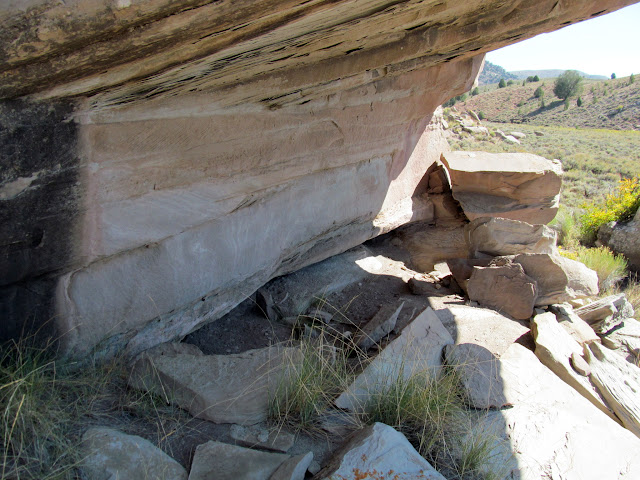 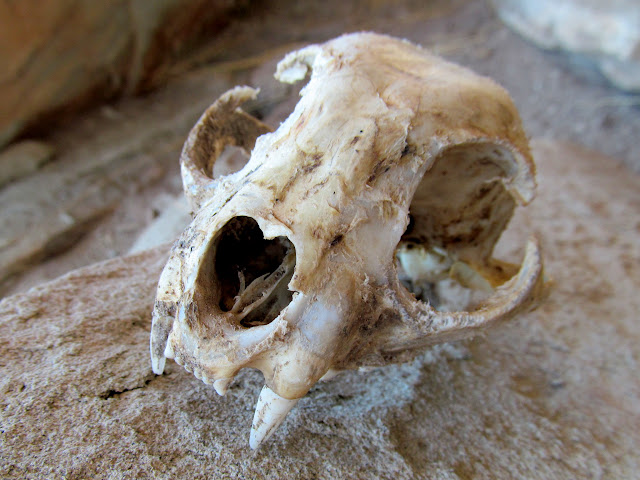 Sandstone ledges near the rock art 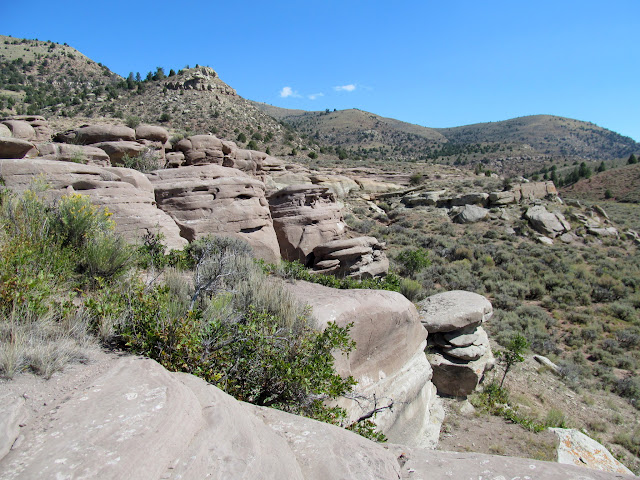 Another small rock shelter with a few artifacts nearby 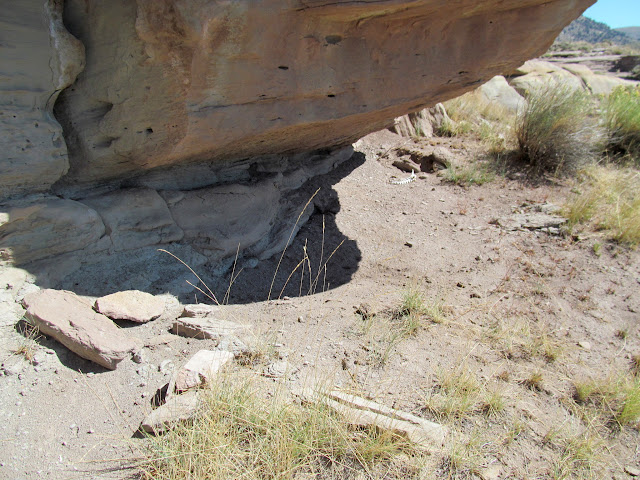 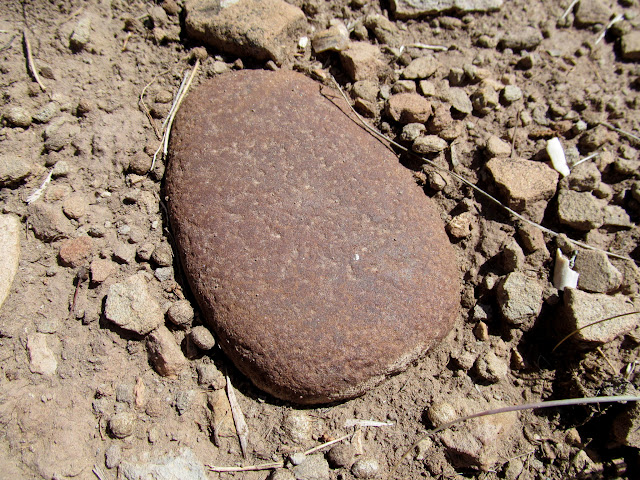 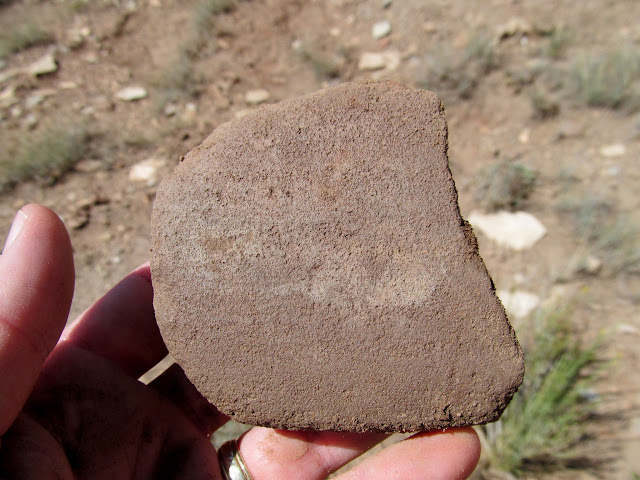 I drove a short distance farther along Willow Creek and visited some Ute petroglyphs that a friend had told me about. Here there were no signs of habitation or artifacts, just a few horse glyphs and a couple of human and sheep/deer figures. 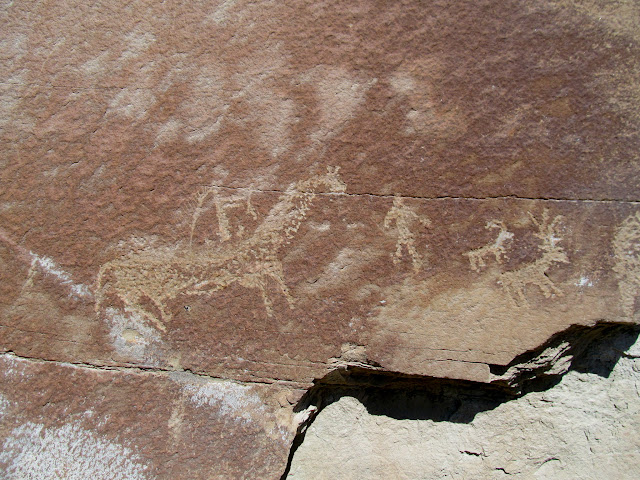 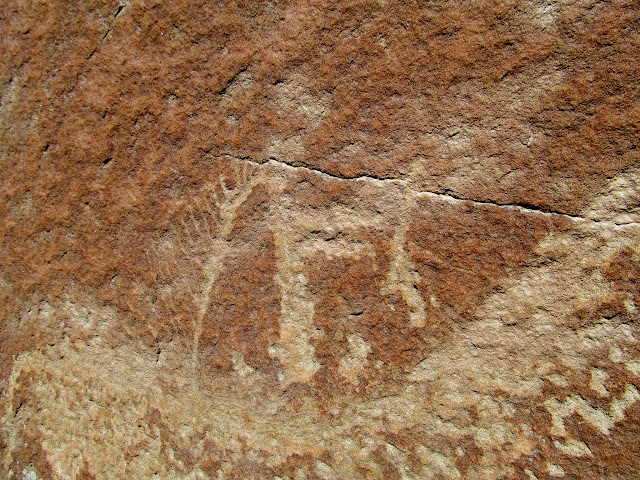 Another horse and human figure 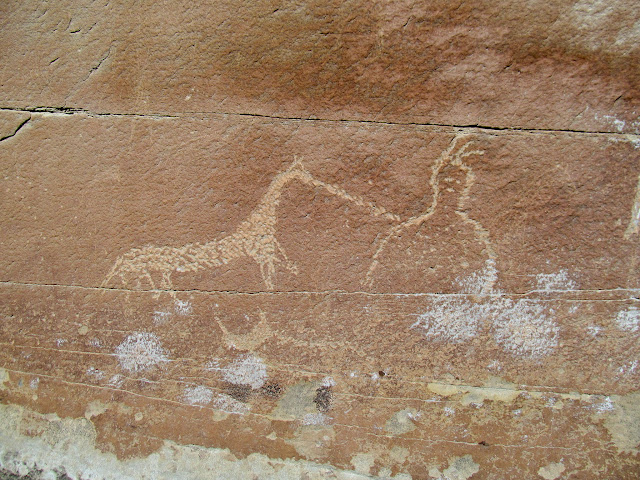 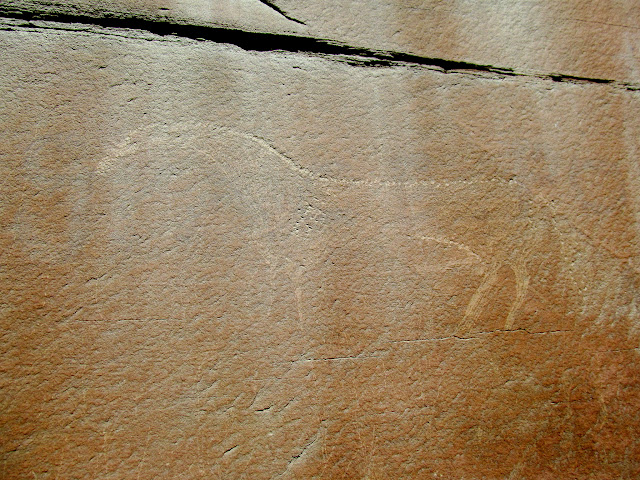 Next I continued to Reservation Ridge in the hopes of finding some aspen beginning to turn colors for the fall. The trees were still mostly green, but there were a few patches of yellow. I made the short hike from the main road to Indian Head, where I was surprised to find a summit register. I wasn’t surprised to find ZeeJay‘s name in the register, however–I’ve seen her name in the summit registers of many minor peaks over the past couple of years. Strangely, there are two peaks named Indian Head with a few miles of each other. I may visit the other Indian Head later this year, if I can get up the nerve to cross some private property along the way. 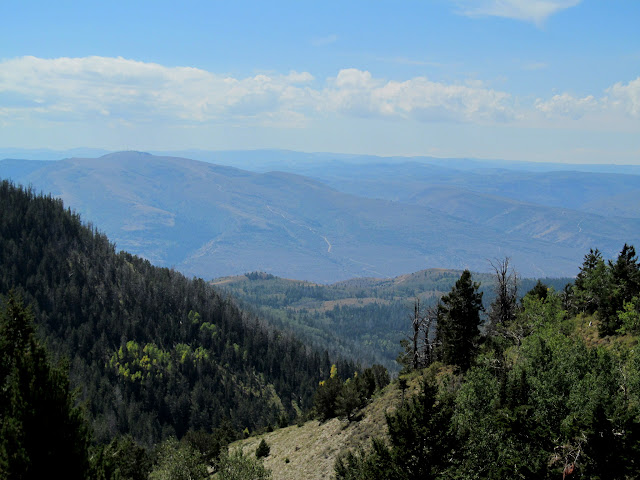 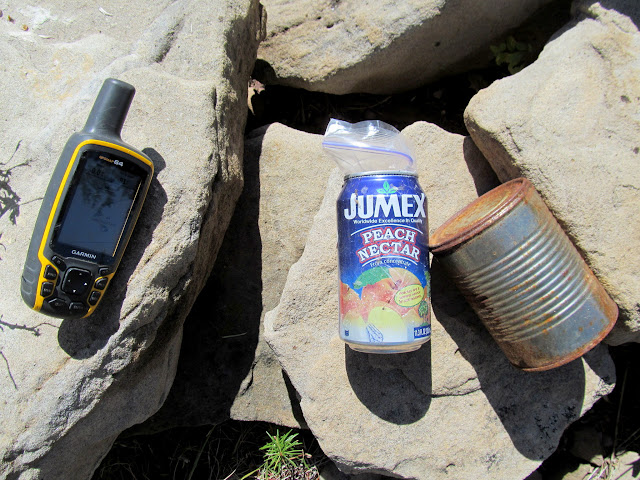 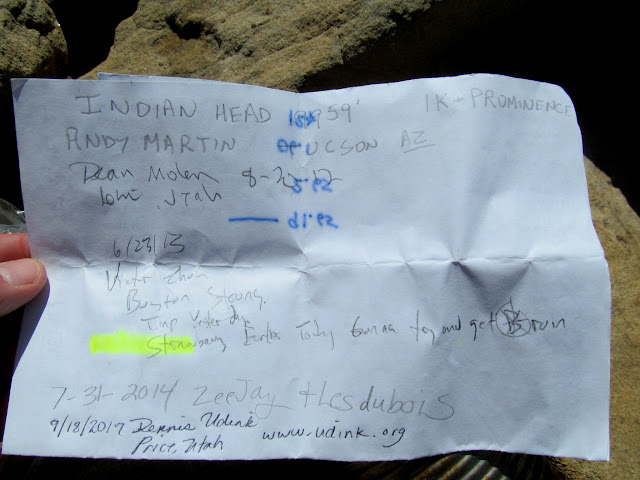 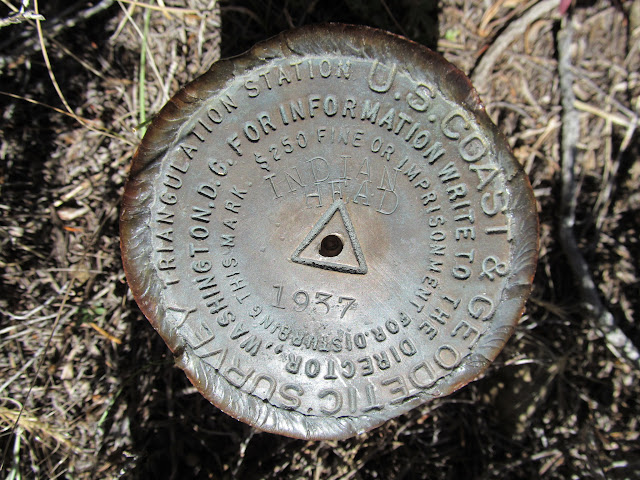 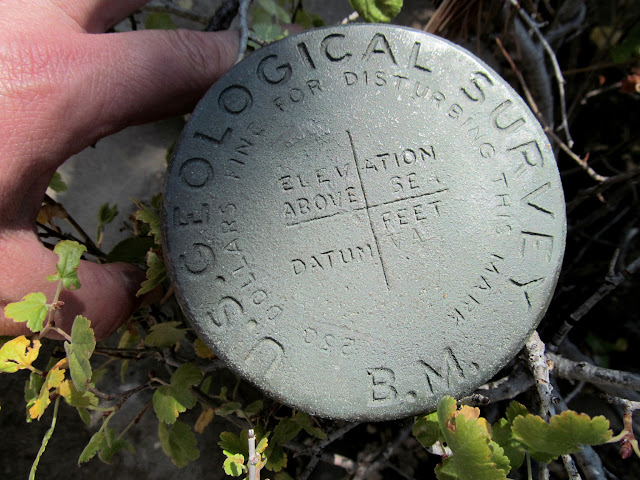 I continued driving along Reservation Ridge as far as Cat Peak. I found a geocache there and enjoyed the views. 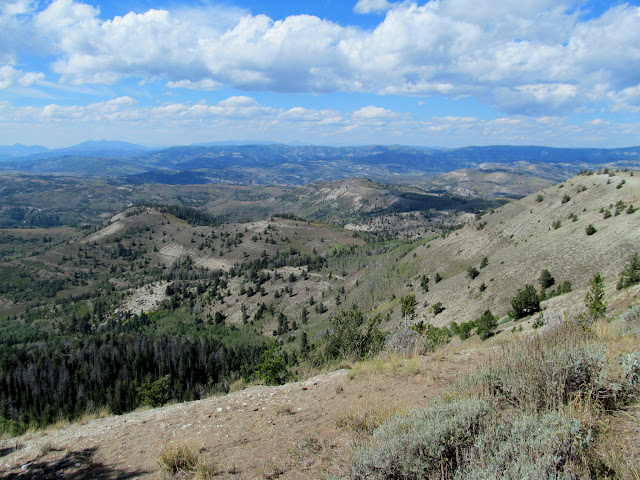 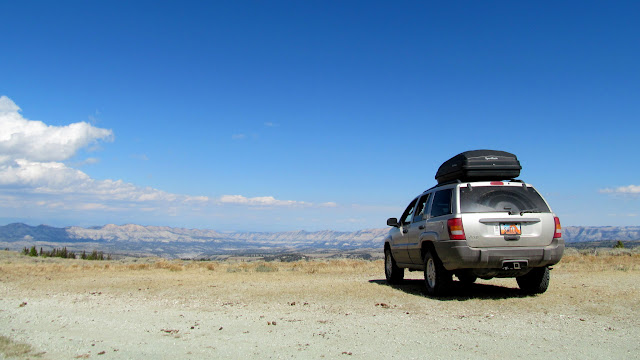 While driving home I stopped for some photos of the fall leaves, and again at the Governor Bamberger monument along U.S. Highway 191. I’d seen the monument many times but never knew its significance until I researched it after getting home.

“Convict labor was used to construct roads in Utah until after 1920 but ceased before the end of the 1920s. On one project, prisoners left a monument of thanks to Governor Simon Bamberger for allowing them to engage in road construction and reduce their sentences. The monument can still be seen just off Highway 191 near the Carbon-Duchesne county line.” (Source)

A bit of fall color on Reservation Ridge 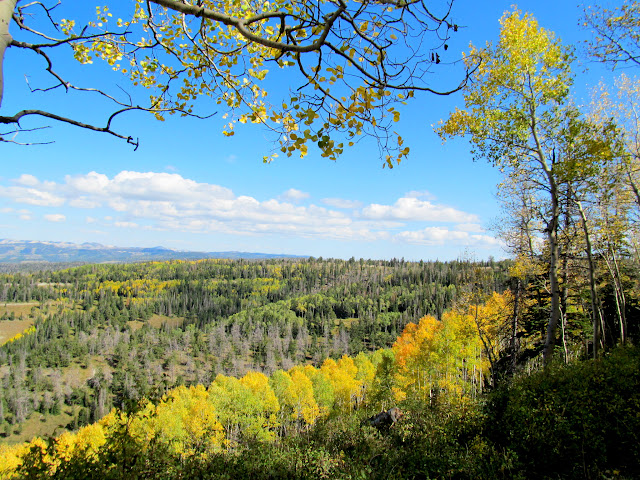 Governor Bamberger monument on US-191 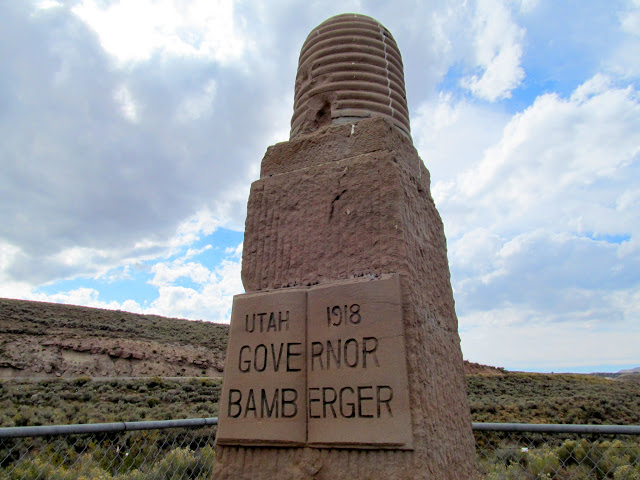