For my first hiking trip of the year I tagged along with Alan to Nine Mile Canyon. He’d been there a week or so earlier and spotted some rock art high above the canyon floor but didn’t have enough daylight to hike up to it. We returned together and ascended 600′ above the road, over snowy rocks and ledges, to get a close look at the petroglyphs he’d seen from below. The climbing was fairly easy considering the snow, though Alan had to help his dogs up in a few spots. 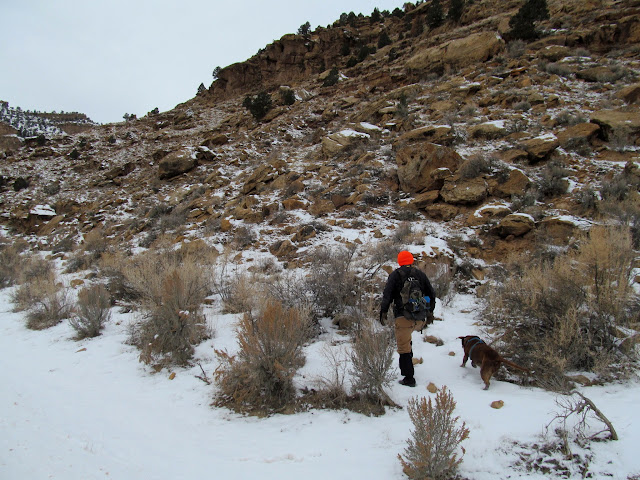 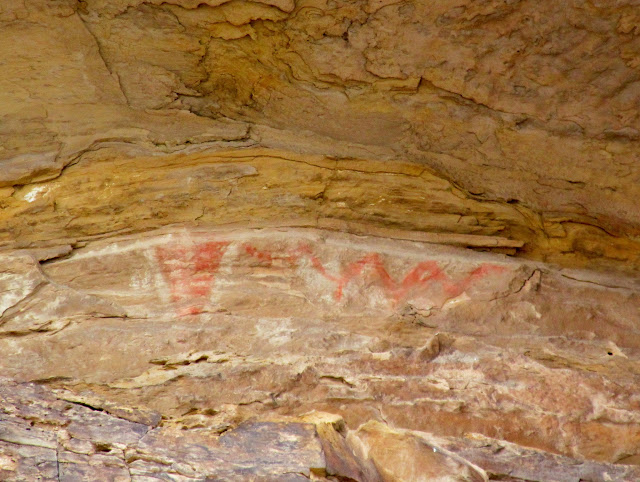 Alan scanning the opposite canyon wall 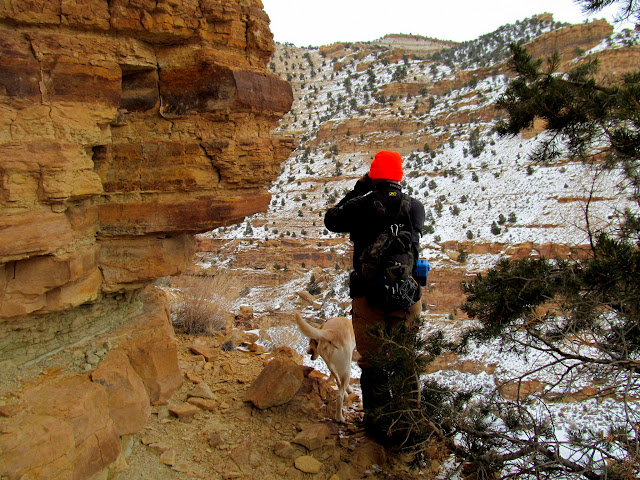 Approaching the next cliff bands 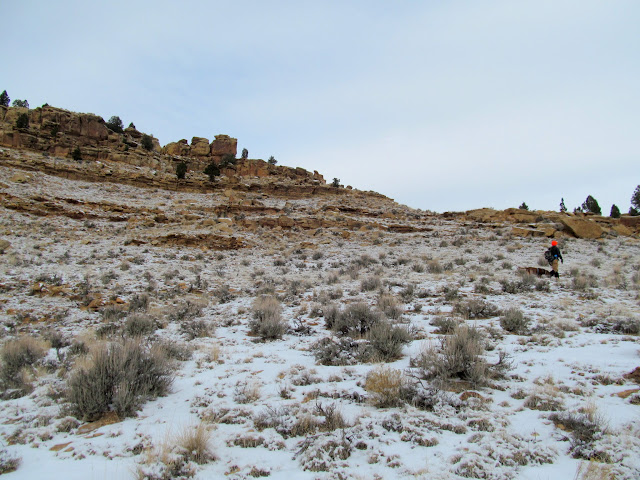 View into a side canyon 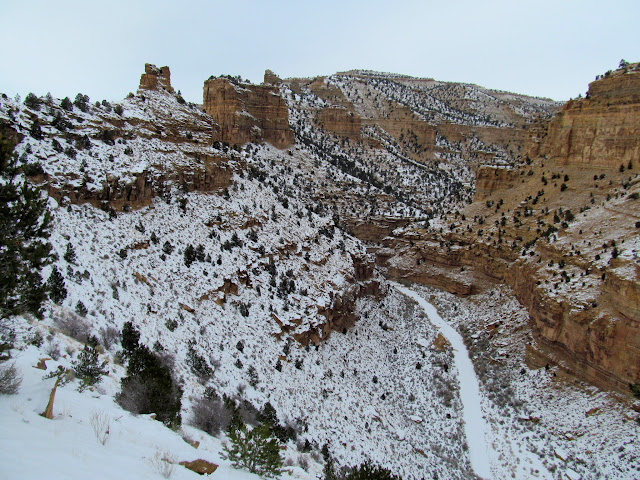 During the climb we followed the base of some cliffs and encountered some unique petroglyphs that depicted some sort of animals with long necks. Long-necked bighorn sheep petroglyphs aren’t uncommon in Nine Mile, but I’ve no idea what these animals were. We also found a small slab-lined granary. 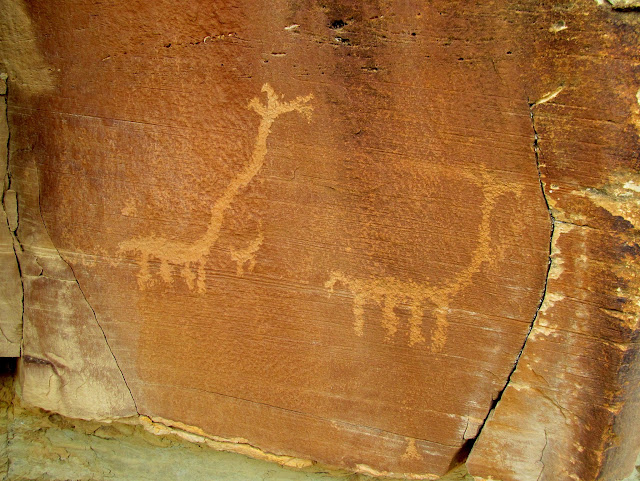 Walking the base of some cliffs 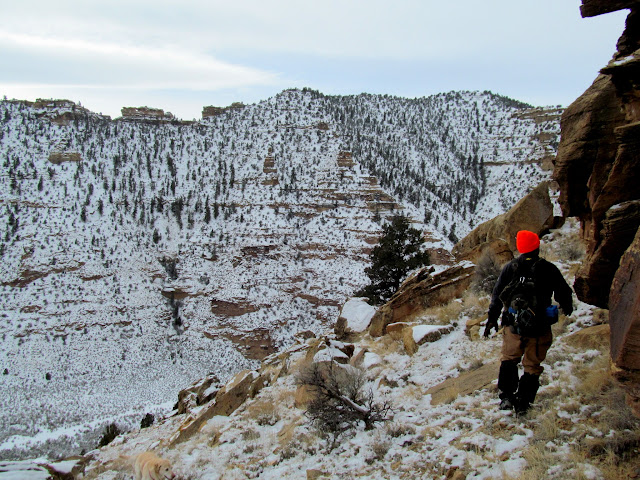 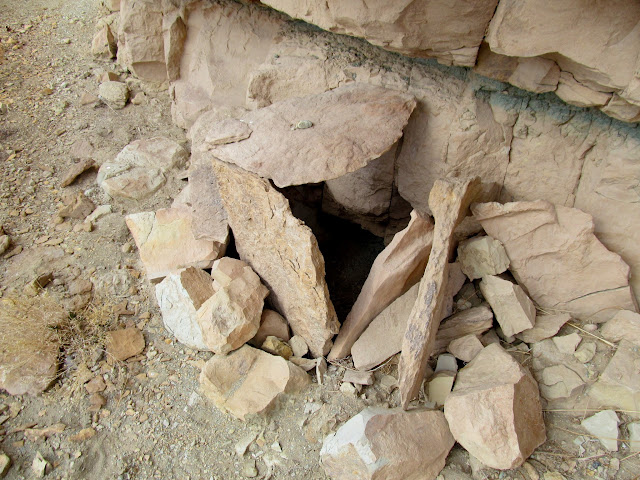 Mortar holding the rocks together 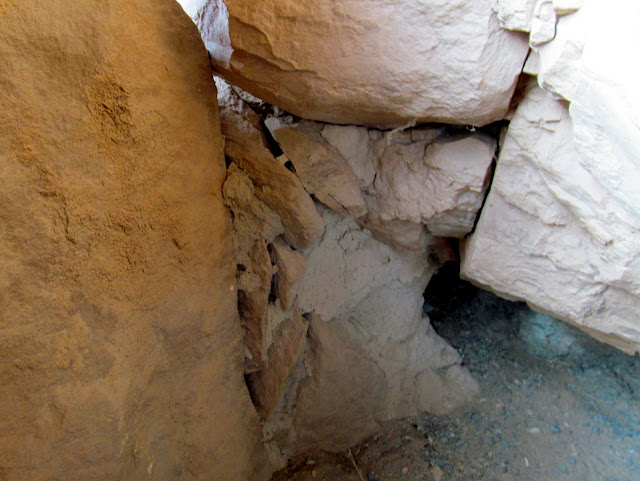 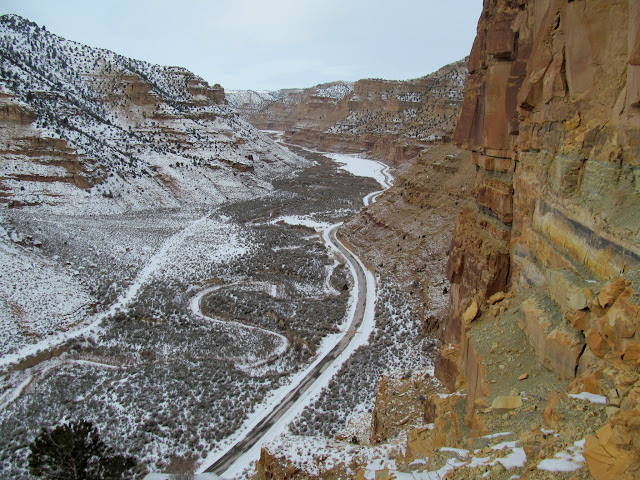 Arriving at our goal, it appeared one of the rock art panels was modern and the other was ancient. The first had elongated tool marks, as though it was made with a chisel or other metal tool, and the marks matched those in some initials on the same panel. The second panel consisted of several arcs with squiggles appearing to emanate from them. Higher up we discovered a medium-sized rock structure that seemed too large to be a granary and too small for a habitation structure. 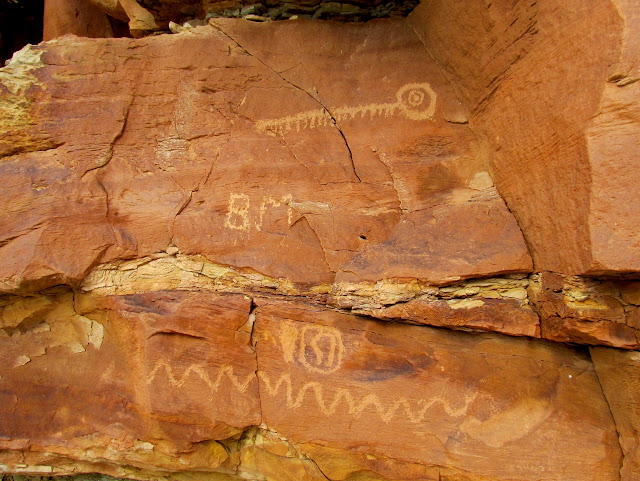 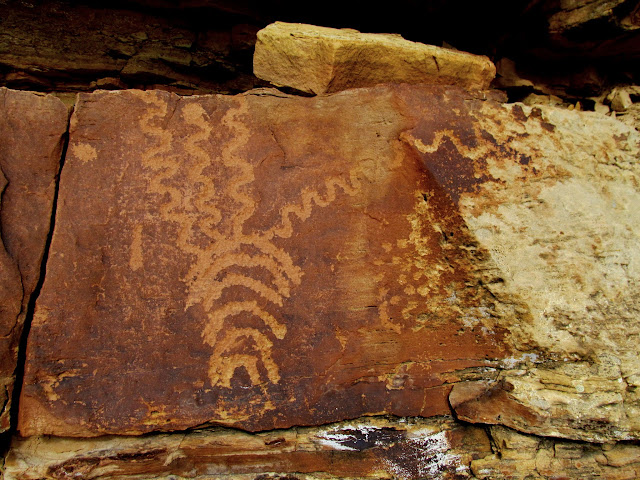 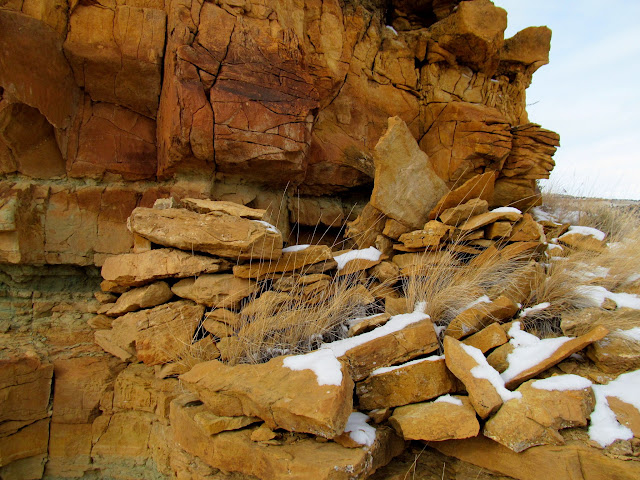 There were a few more insignificant petroglyphs near the top of the ridge but no other large panels. We descended back to the road and then hiked a short distance up a nearby side canyon, but didn’t find much of interest except a few coyote traps.

View down the canyon 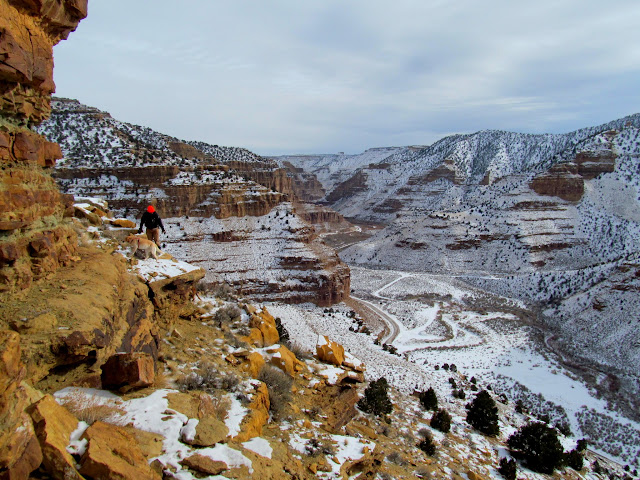 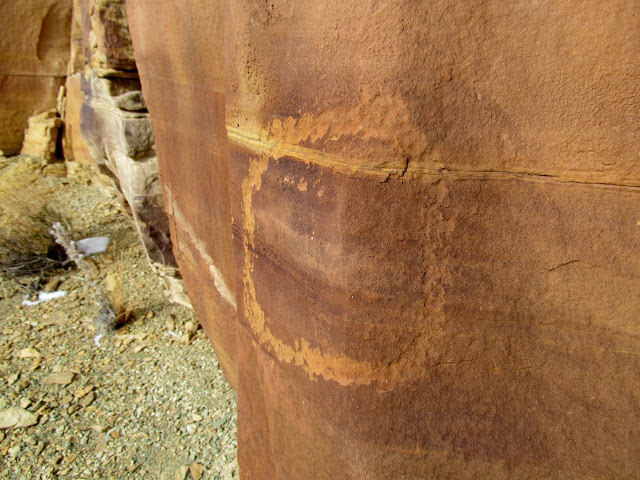 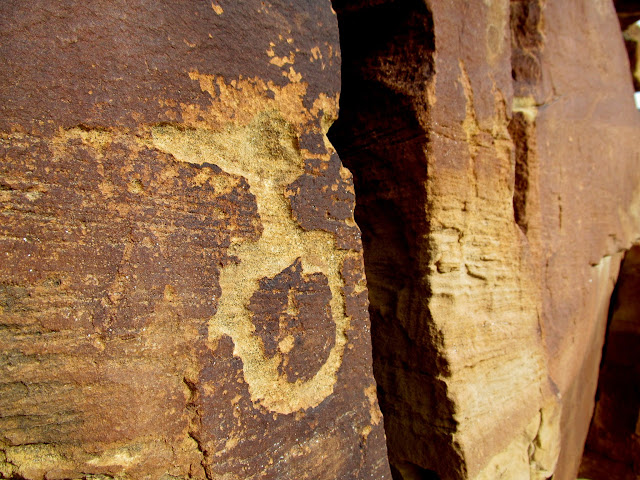