On Saturday I checked one thing off my long-term to-do list by finding a particular petroglyph in Nine Mile Canyon, and on Sunday I check off another. Twice I have fruitlessly searched for a small plane wreck in the Book Cliffs near Kenilworth. A few weeks ago its location was revealed to me when somebody placed a geocache at the wreck site. All that was left for me to do was hike up there, but I already had plans for hiking in the Spur Fork area so it had to wait until the second weekend after the geocache was placed. All that time I hoped nobody else would find it ’cause I wanted to get the prestigious (tongue-in-cheek) first-to-find. I checked with my brother-in-law, Mark, to see if he wanted in on the action. He had accompanied me on one of my previous hunts for the wreck and he was rearin’ to go on this one as well, as was my nephew, Chris. 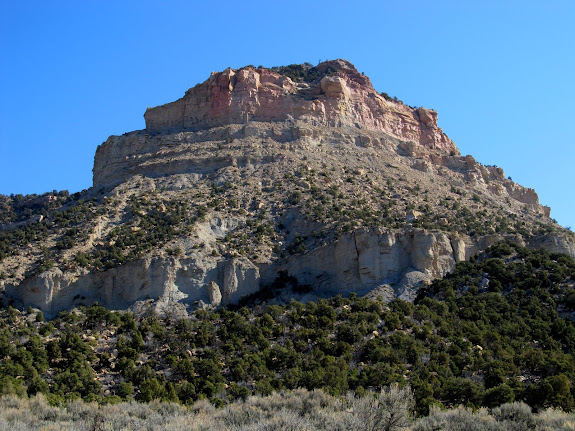 It was a pretty uneventful hike. We had already done most of this route on a previous hike. It was very steep and rugged as we gained almost 1,000 feet of elevation from our parking spot in Cordingly Canyon to the top of the Book Cliffs. The geocache was near the largest piece of the wreckage, though that piece was surprisingly small. The rest of the fuselage, wings, and engine must have been hauled off. There were still a lot of small pieces scattered over a long, narrow area.

Northeast quarter of the mountain which is more easily climbable 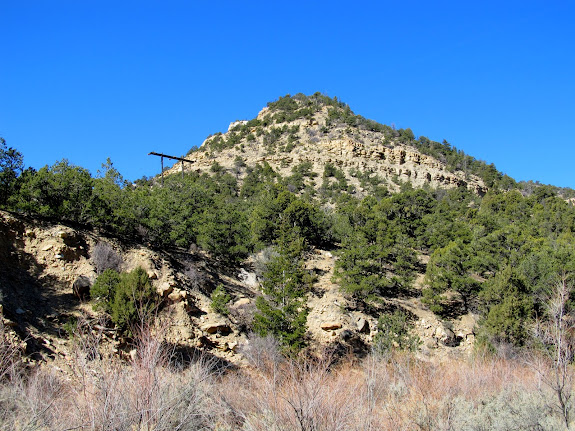 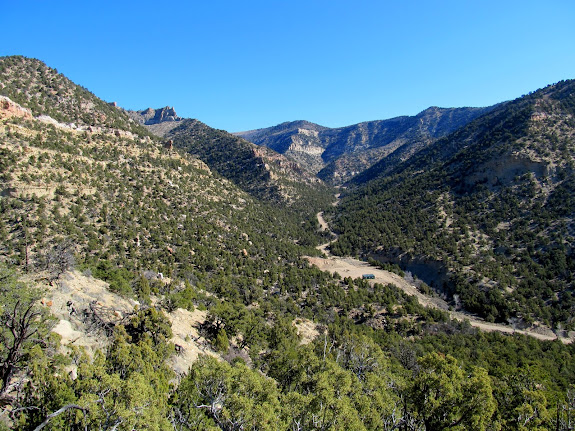 Just below the ledges near the top of the peak 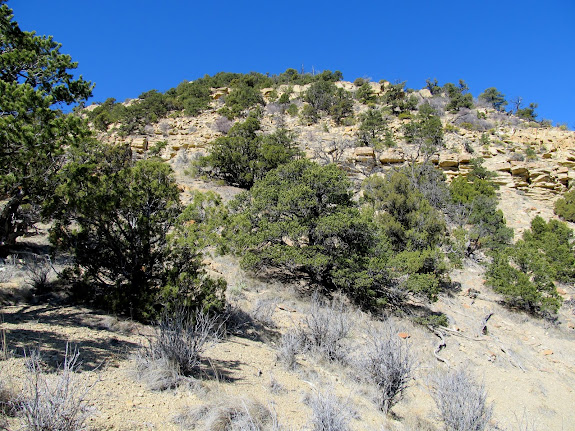 Mesas between Kenilworth and Price 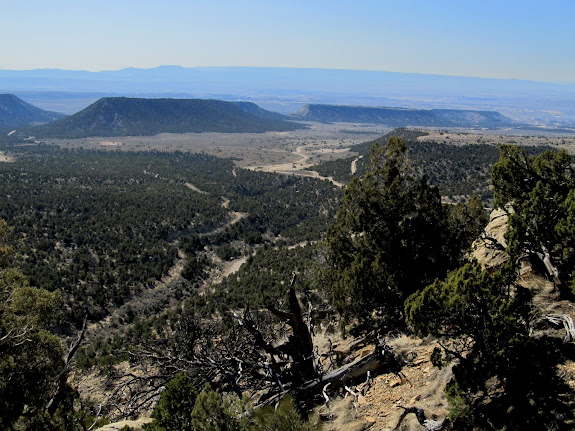 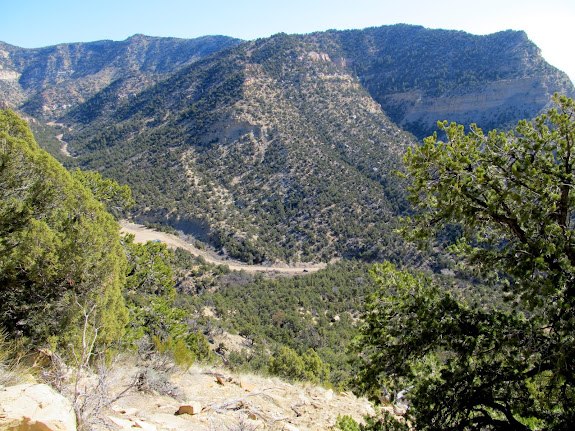 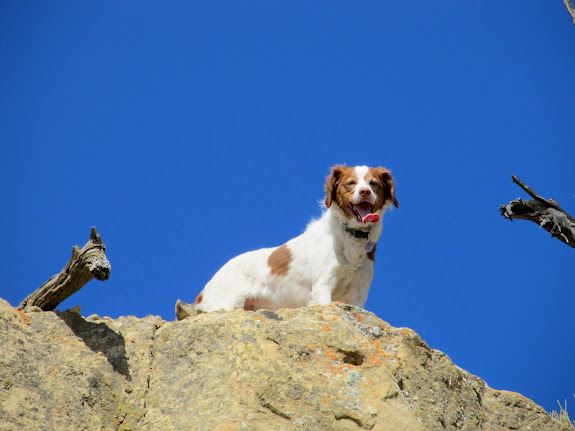 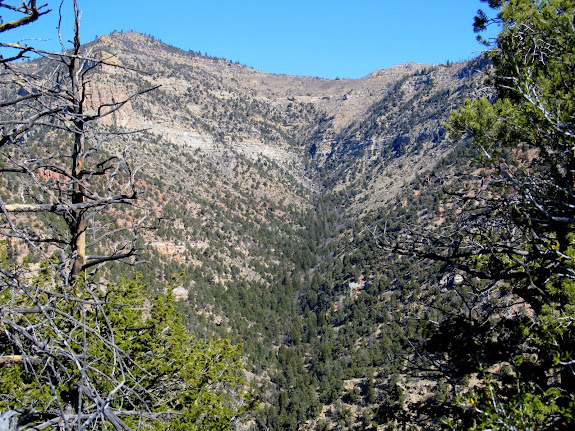 Mark and Chris taking a break 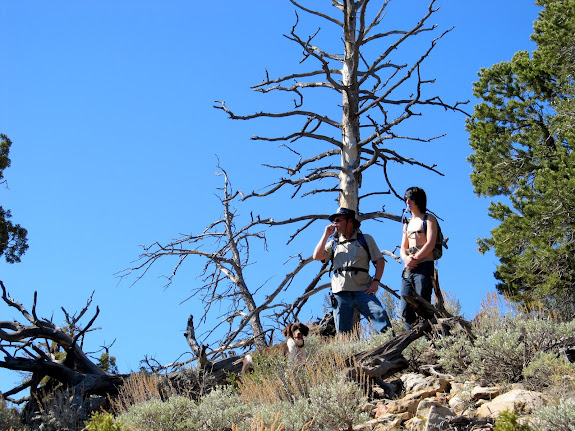 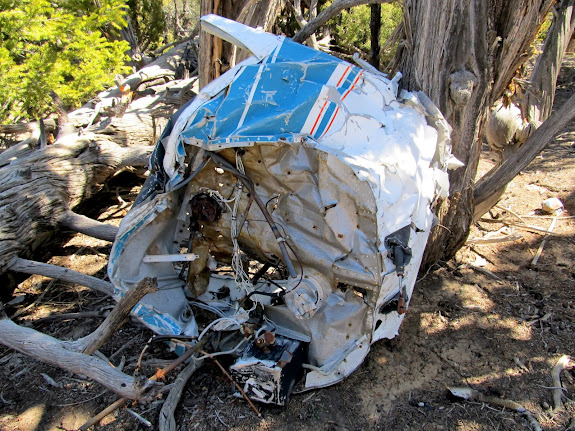 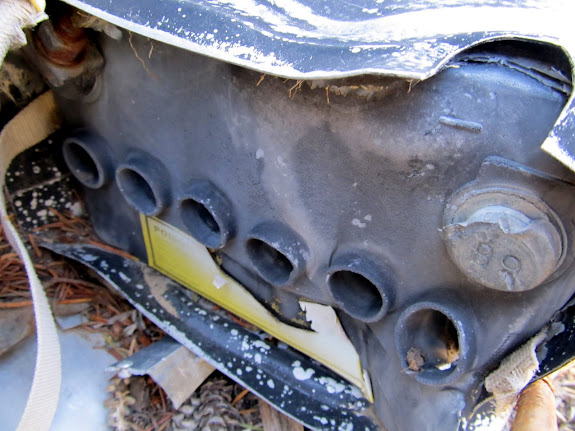 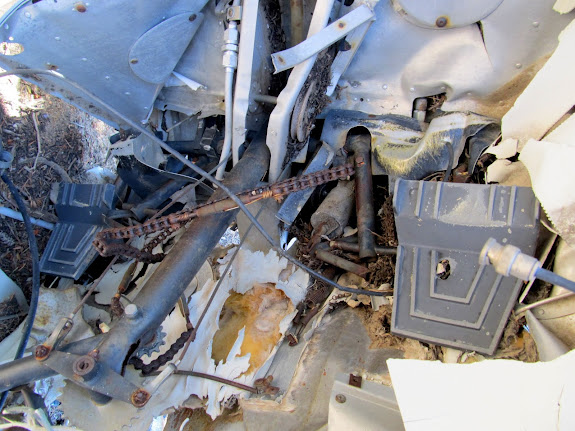 This was morbid–a pair of shoes was among the wreckage 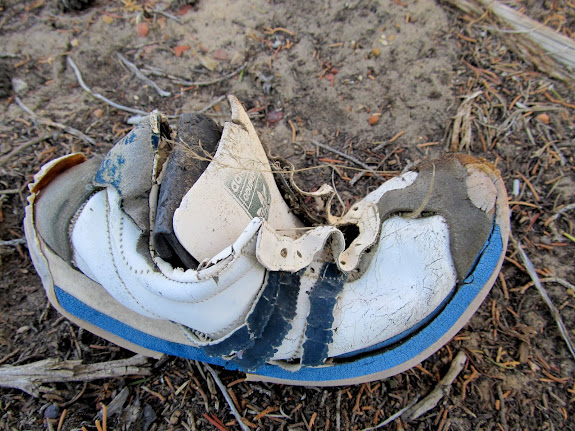 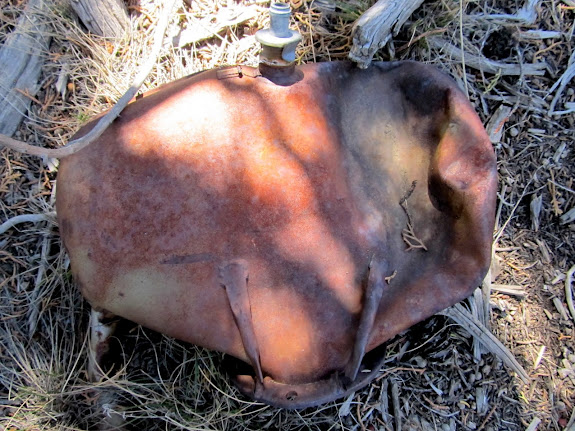 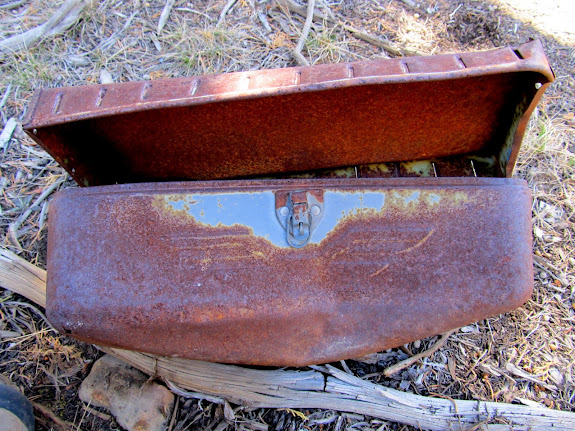 We continued south from the wreck to a point overlooking Kenilworth, and with views far out over Carbon County. We then reversed our route and descended back into Cordingly Canyon. The descent took relatively long due to the rough terrain. The total hike was only 2.1 miles, and we were gone from Price for about 3.5 hours. It felt great to finally visit the site after having wondered about it for years.

Chris at the south end of the peak 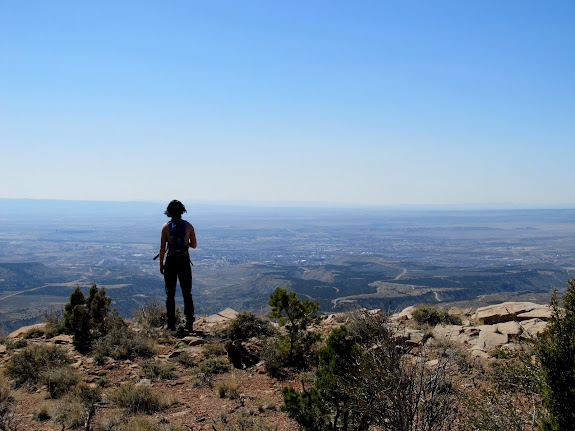 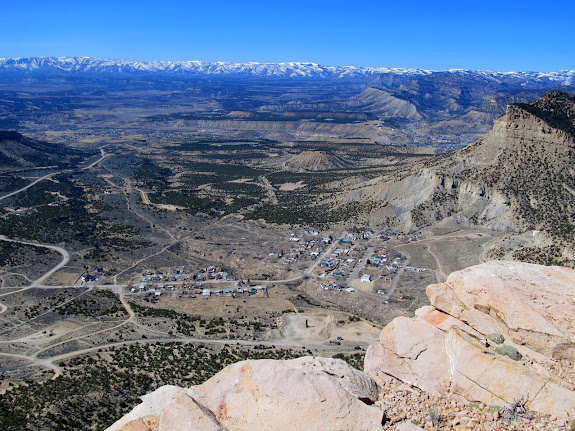 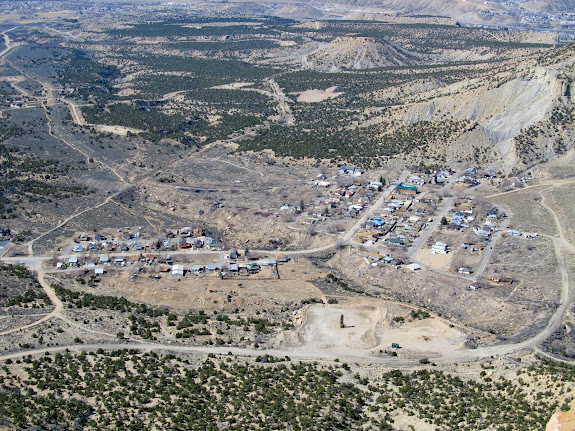 This peak is my next objective in the area 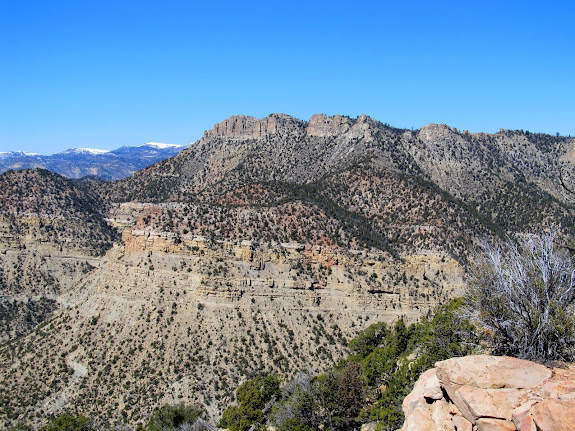 View east along the Book Cliffs 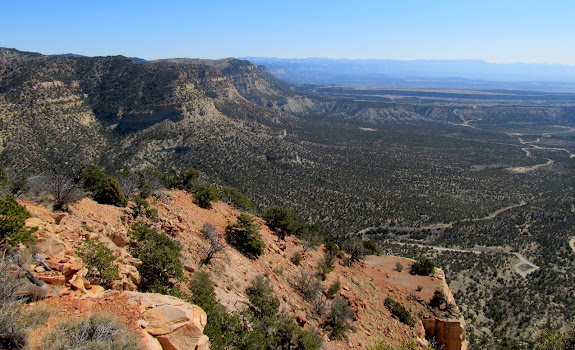